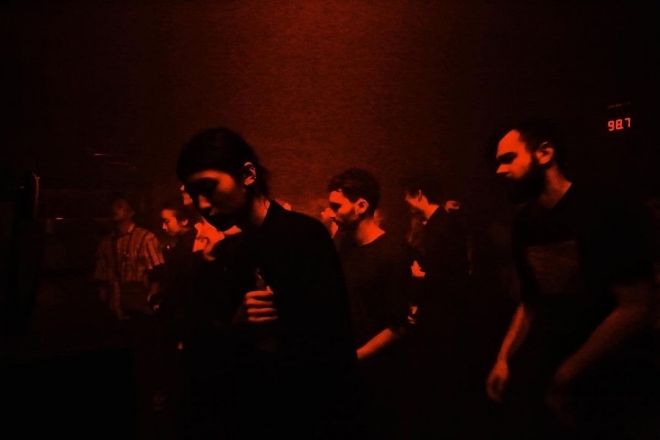 In celebration of the Chengdu club .TAG’s 7th anniversary, the club is currently touring around China and Hong Kong.

Founded in 2013, .TAG took inspiration from clubs in Berlin and Amsterdam and has been pushing the electronic underground scene since opening. Bolstering local talent has always been paramount to the club's ethos but they also made a name for themselves for being amonst the first to bring the finest house and techno talents from around the world to Chengdu, like Australian producer Katie Campbell, Nick Hoeppner from Berlin and Parisian DJ and producer Bambounou to name a few. With thanks to the club, in the past 7 years, Chengdu has grown from a city without much of an electronic music scene to an irreplaceable outlet for talented local and international talent, even during the pandemic.

“In China, Chengdu’s music scene has always been interesting and pioneering," said the club's organisers to Mixmag Asia. "I think in these seven years, .TAG has played a pioneering role. We started off without any prior knowledge of this business. There was no electronic music club in Chengdu back then. Let alone any experience to learn from. Now we left a few remarks that we are proud of, but we never cease to explore ways to develop further and better. We are doing things that no one here has ever done before. So I want to define .TAG as a trailblazer in the name of love and passion. I hope we can continue on this journey.”

But the journey looks a little different for now, and maybe will for a long time to come. China was the first nation to be affected by the pandemic, but it was also the first to recover. And without international acts, things look a little different ahead of the club’s 7th anniversary.

“We closed down for two whole months. During the lockdown, we were very concerned that it might last for an indefinite time, and we had prepared for the worst. That said, we even felt a little surprised when we were told that it’s all good to reopen. It has been a very special restart. Compared to the past, we entered an era of no international artists. We witnessed a hyperactive first six months, it’s packed in every event, and everyone is exuberant. I think this is an overdue release after 2-month at home. Our local DJs get unprecedented gig opportunities, and many have made great progress in a short time.

“I think the biggest difference before and after the pandemic is that the local electronic music scene and artists have more room for development, but because of the lack of input from overseas, the music scene currently lacks diversity in sounds. We all look forward to returning to normality globally.”

The forthcoming tour, called the 7 Up tour, will embody the very core of.TAG’s aesthetics by providing clubs nights around China for marginalised groups and non-conformists.

“Due to the pandemic, we cancelled .TAG’s 6th-anniversary event in 2020, as well as the anniversary tour that was originally planned to take place in Tresor in Berlin. For the 7th anniversary this year, we swapped the original plan for a China tour. This is also the natural outcome of the deepened cooperation with several domestic clubs after the pandemic. We are very blessed to have dialogues and develop great relations with other leading clubs in different cities in China.”

Once they return home, .TAG has revealed some of their future plans for after the pandemic and that will continue to put weight on local artists and a local crowd.

“The crowd is always the most important factor in this culture. In the future, we will focus more on the training of local artists, not only talented DJs but also producers. After the pandemic, I hope our artists will be able to go overseas to connect, inspire, get inspired and collaborate with the rest of the world. I hope to see more interesting projects, such as intimate/small-scale music festivals or crossover collabs with the art-sphere to enrich the scene so to speak.”

The tour kicked off last month and their next stop is Elevator in Shanghai on May 14. See the full run below. 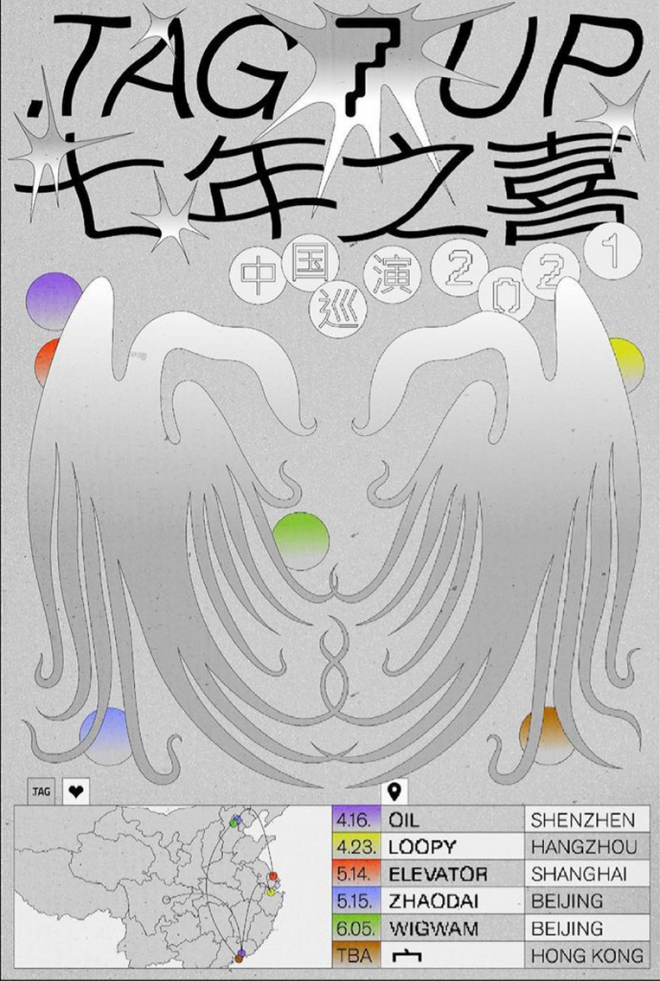