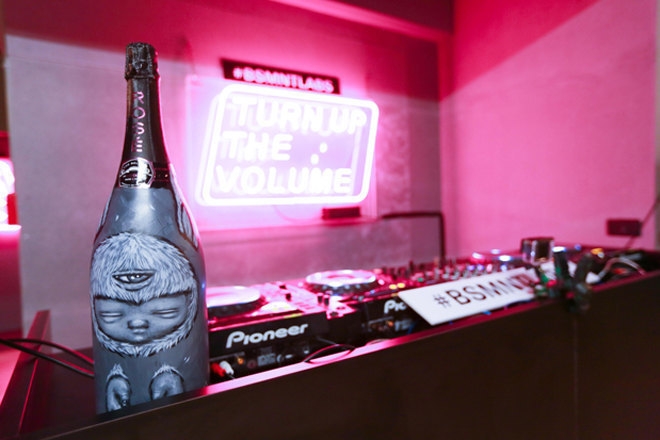 There are over four billion people in Asia.

That’s more than half of the world’s population that lives on the continent but actually how many of the world’s “top” DJs are from Asia? Literally every industry heavyweight is buzzing about how quickly the dance music scene has grown in Asia, but this is according to the people that see it as an untapped market and make money off of its massive population and burgeoning economy. But with a collective population that is nearly four times greater than that of Europe and North America combined, statistically shouldn’t Asia be rife with local talent?

Well it is, the problem is that the dance music industry doesn’t dare go searching for it. This is probably in part due to language barriers, it’s also at least partially a result of Asia not being able to shake its tawdry image, but mostly it’s because there are just so many damn people that no one knows where to even start. 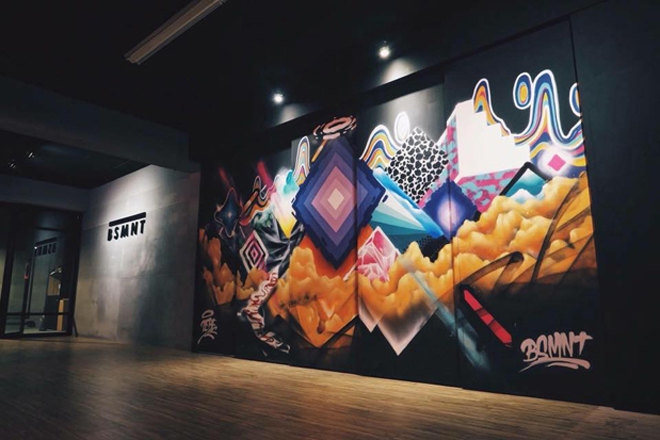 Enter BSMNT LABS – Asia’s first incubator for local talent. Founded by two Taiwan based DJs, BSMNT is a small production studio with big plans. Crystal Yang and Jon Kaku, who are from local and international backgrounds respectively, grew tired with how grossly underrepresented talent in Taiwan was both at home and abroad. With Crystal’s local understanding of the market and Kaku’s western upbringing, mentality and connections, together they spearheaded a plan to create a platform that bridges the East with the West while helping local DJs hone their talent, craft their sound and showcase their skills.

“There is a lot of talent in Asia that just doesn’t get recognized internationally just because we live in Asia,” said Kaku in a chat with Mixmag Asia at the studio’s grand opening in November. “There is so much talent out here but no one is focusing on it – unless it’s to make money. DJs come to Asia to play because they know they can make money but they’re not actually looking for talent, they just want to make money here.”

But let’s be real for a minute here, getting ones music noticed isn’t as straightforward as the synch button when really, most DJs and producers around the world will tell you that simply being talented isn’t going to get you booked, signed or even noticed regardless of whether you’re in Asia or at the nucleus of any scene. But the crew at BSMNT fully understands that dance music has grown into a business and in order to survive, they have to treat it as a business too.

“Unfortunately, nowadays DJing has become about a lot more than talent,” Kaku elucidated. “There is a lot more to it now. It’s not just about skill anymore, it’s about who has the strongest teams and who has marketability and that’s why so many Asian DJs don’t make it out of Asia – they don’t know how to market themselves.” 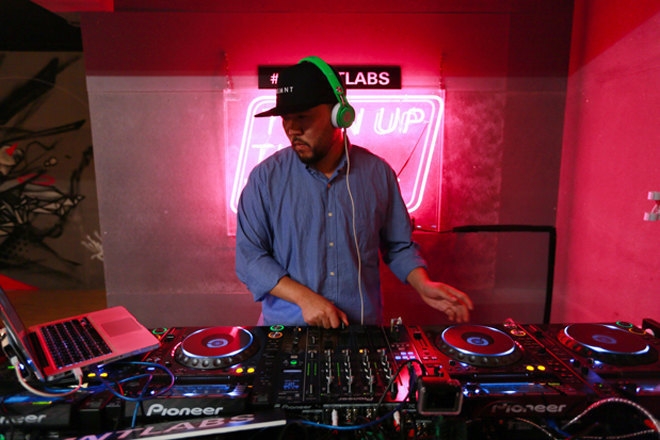 This was also a hot topic at the International Music Summit (IMS) Asia-Pacific last week in Singapore. DJ Tennis, who spoke on the East Meets West Panel, weighed in on the issue.

“Now, unfortunately, the music doesn’t speak for itself anymore,” he said. “The communication around the music takes over.”

Erik Leenders, CFO of David Lewis Productions who looks after artists like Armin Van Buuren, also gave some insight on why agencies like his haven’t signed many Asian talents.

“None of us have Asian artists. It’s not that we’re not looking for them, we just haven’t found them yet.” 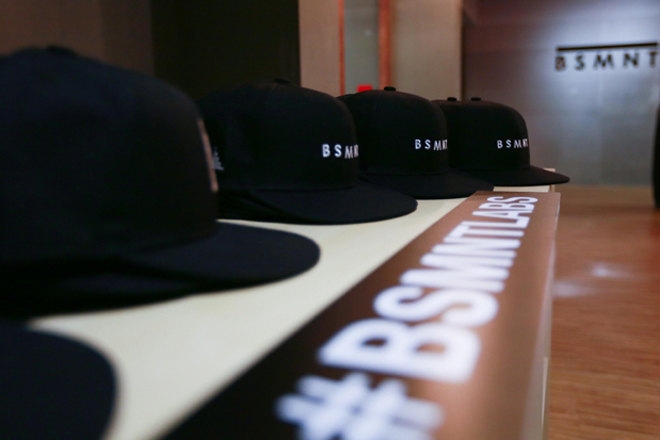 Part of the strategy at BSMNT is not only helping cultivate young talent, but also creating a platform that will help local artists expand their reach via marketing and label support, since one of the endeavors that will operate under the BSMNT umbrella is a full on record label. Like most labels, it will provide regional talent with an outlet to release music, full branding packages that will supply logos, press kits and photos, promotional assistance, merchandising, live DJing opportunities and networking assistance – all in English. But in fact they want to develop it into something far greater than that. Their end goal is to create a community, like what Diplo did with Mad Decent in how he redefined the roll of a label and turned it into a boundless global phenomenon. They want to develop BSMNT into a globally recognizable brand that represents local Asian talent – sort of a one-stop shop for the rest of the world to have an easy, accessible and English window into what’s happening in Asia.

The beginning stages of the master plan are a posh 40-ping (132 square meters) basement space they’ve just opened up in Taipei. Intentionally minimal yet elegantly chic, the studio houses two large rooms to be used as studios as well as one large main area that will be used to host live DJ sessions called Social Sundays (think Boiler Room concept meets Mixmag Lab professionalism…but in Asia). The idea is to get five DJs together once a month and have them play for 30 minutes each. In return, they get to invite their friends to the party, drink for free and take home a professionally mastered video of the whole showcase. The videos are branded by BSMNT and also uploaded, pushed and represented by the brand and its channels.

Check out the vid from the grand opening of BSMNT LABS in November.

Though the BSMNT crew will be scouting and curating the lineups, DJs are welcome and encouraged to reach out. Actually for the most part the sessions are going to showcase new musicians and unfound talent.

Kaku himself feels like he’s matured as a DJ so he’s been wanting to focus on seeking out the next new talent. “Why do you think Diplo and all these label heads are so successful? Because they invest time in finding new talent. And that’s been lacking in Asia.”

“But we also want to create a platform for DJs to really perform what they want to be known for,” he continued. “Nearly all of the clubs in Asia play commercial music, so when you’re a DJ out here you have to listen to the bosses so actually there are a lot of DJs that don’t get to show people what they’re really all about.” 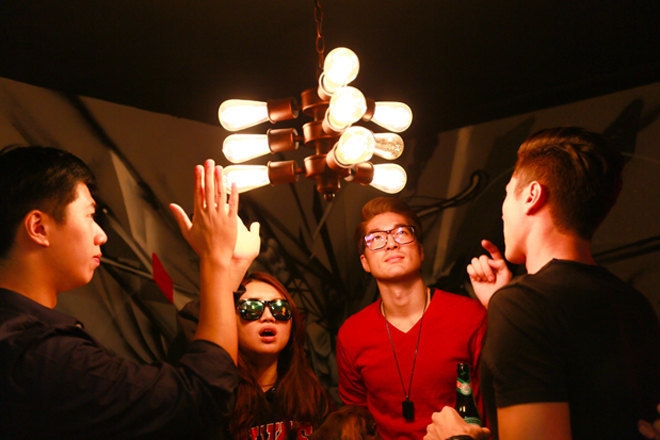 But above all the paramount initiative for BSMNT is to inspire production collaborations and that was idea behind the two large in-house studios. Both rooms are fully soundproofed and equipped with brand new Apple computers updated with all necessary hardware, software and sound packs needed to make and collaborate on music.

“For people to start taking Asia seriously, we need to start making good music – and that’s what BSMNT is all about.”

Both the individual studios and the entire space are also available for rent to anyone with an idea, and for cheap. Very cheap. They’re not looking to make money; their only objective is to cultivate talent. In fact with the exception of one sponsor thus far, headphone manufacturer AIAIAI, all the money invested is entirely out of pocket but at least for now, they’re okay with that because they know they can’t build a scene without first building a community.

“Music alone won’t make it, but if you get the whole community – dancers, artists, photographers, filmmakers, etc., then we can build it as a whole and change the way talent in Taipei works together. Right now, nobody is helping each other.” 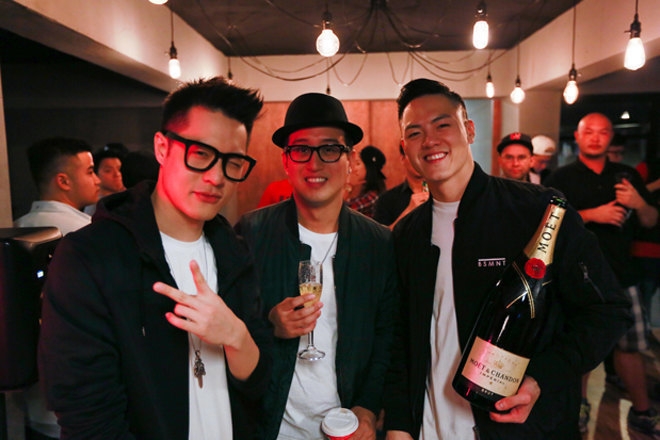 This change was already full on even before the labs officially opened. I randomly dropped by one afternoon when I was in town two weeks prior to the grand opening and it already had some serious community vibes running through it. There was a local dance troupe rehearsing in the main room and I also bumped into Far East Movement who were in town for a show and stopped by just to kick it.

“We met up with Kaku at BSMNT during our last show in Taiwan and instantly connected off good vibes so on our next visit to Taiwan we will definitely be hitting them up – anything in possible,” said Kev Nish of Far East Movement on how he wants the group to collaborate with BSMNT. “The concept is dope and we can’t wait to see the spot when they finish it, we only saw it when it was super early in the works.” 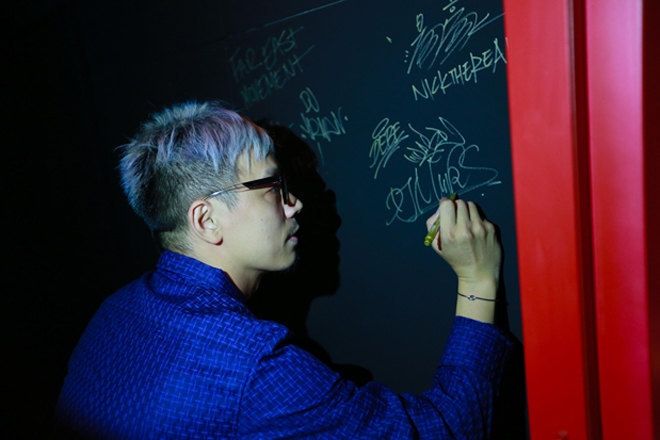 Eventually BSMNT wants to represent and push not just Taiwanese talents, but artists from all over Asia too. They’re already in talks to expand into Hong Kong and Shanghai, but before they do that they want to expand their concept locally first. The end goal that they want to create is quite literally an incubator, which Kaku explains as being a place where a musician can come and just concentrate on music without having to worry about anything else.

“We want to have one floor for offices, an even bigger events space and eventually have housing for musicians so when people come to Taipei they can focus on music and not have to worry about paying for hotels. We’d also like to eventually have a restaurant and coffee shop inside so artists can eat for free too. All they have to do is fly over here, we give them a set and then after we can all work on music together.”

Building up BSMNT away from the studio is also on the menu. They plan to hit nightlife with BSMNT club nights where the line-up will feature up and coming talent as well as resident DJs. 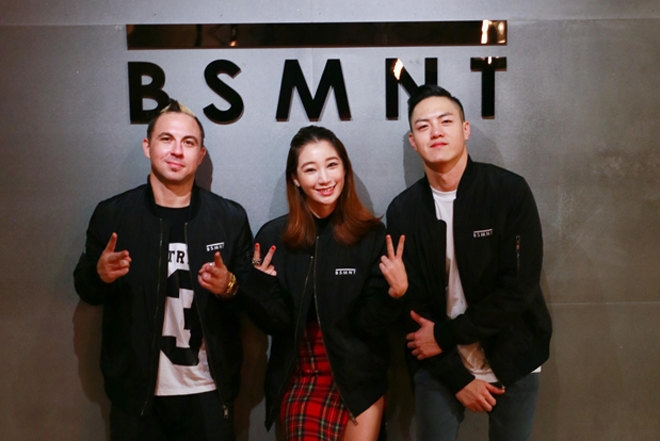 With the help of Dominick Fresina, a forward thinking Texan who just joined the team as their marketing and events coordinator, they know their opportunities are endless and they’ve got the right team and the right initiatives to pull it off.

“We’re just trying to make a change. We want to see the local scene improve and something needs to happen. Nothing has happened yet because people here are scared to fail. But we’re not afraid, we’re just passionate. And if we end up getting recognized in the world, it’s going to open the door for all Asian artists and then it’s mission accomplished.”

“BSMNT, it’s going to change everything.”

Photography and videography by Mikey Yang