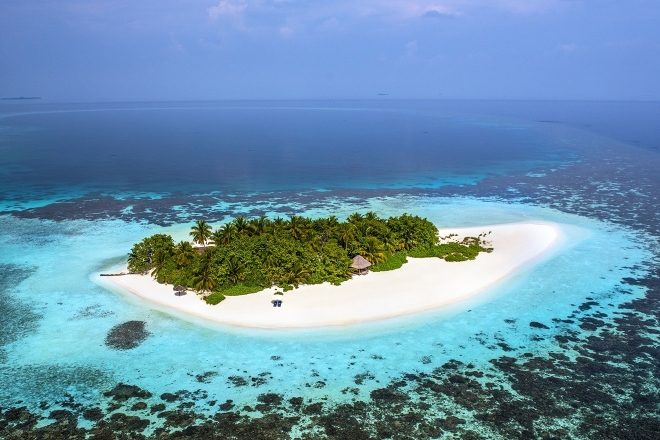 “If you throw a concert in the middle of the Indian Ocean and there’s no one around to hear it, does it still make a sound?”

It certainly does when you’re streaming to a global audience of a couple of million people. Together with W Hotels Worldwide, part of Marriott International, French media company Cercle is gearing up to host an unforgettable live concert at Gaathafushi — the private castaway island where W Maldives is located.

The event will stream on Monday July 26 at sundown and showcase a 1.15 hour-long set by Berlin-based electronic musician Monolink with the Maldives' whiplash white sand beach and turquoise lagoon serving as a backdrop bar none. With most of the world having not holidayed in the last year and a half, consider yourselves jealous.

The W Hotel has long been invested in the world of electronic dance music. From their Sound Suite recording studios that are peppered in various locations around the world to their intimate Living Room stages and meticulously curated DJ performances in nearly every location around the world, music at the W Hotel is and has always been a core pillar in both the music community and the brand itself. It makes sense that the hotel will be the first hotel to host a Cercle show.

“For our next act, we’re excited to be collaborating with the visionaries at Cercle to celebrate the beauty and wonder of one of our most beautiful Escapes — W Maldives — through the power of music,” said Carly Van Sickle, Senior Director, Global Brand Marketing, W Hotels Worldwide.

Pol Souchier, Head of Communication at Cercle, added: “Cercle is all about great aesthetics, culture, nature and music, values which are shared by W, making this collaboration a groundbreaking no-brainer. When two entities have the same goal and vision, everything flows and expectations are exceeded.

Cercle has broadcasted from some of the most iconic locations around the world, including Bali and Singapore in Asia. Even more recently, they hosted shows from a hot air balloon above Cappadocia in Turkey and the Great Pyramids of Giza in Egypt to Glacier 3000 in the Swiss Alps. The remote island of Gaathafushi makes for a well-chosen next destination, which will pair well with the melodic techno and dreamy guitar-led folk sounds that Monolink is known for.

The performance will be livestreamed via Cercle’s Facebook, Twitch and Oculus Venues at 1:30pm GMT+5, or 4:30pm GMT+8 (Hong Kong/Bali). Cercle will later release the performance video on their YouTube channel.