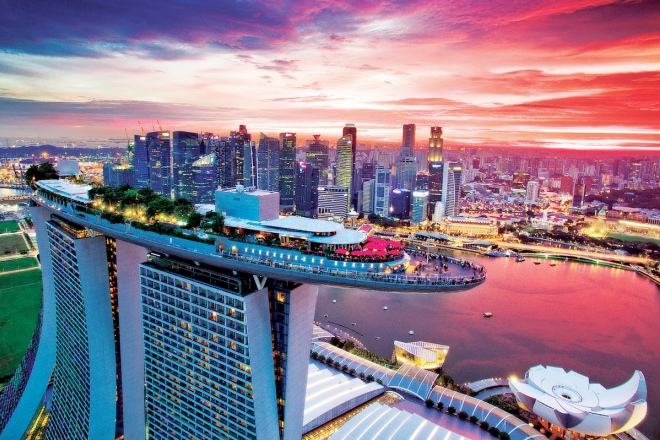 World-renowned French streaming platform Cercle has just announced its Asian debut next week. The performance will unfold 57 floors above The Lion City at CÉ LA VI atop of the iconic Marina Bay Sands hotel with The Martinez Brothers from New York.

Cercle is famously known for streaming artists performing at iconic and unusual venues around the world with exceptional production. Its aim is to raise awareness around art, cultural heritage and magnificent sceneries through federating arts, music and video. Streams have previously been erected at places like the Eiffel Tower with Nina Kraviz, Chambord’s Castle with Solomun, FKJ at Salar de Uyuni, Monika Kruse at the Montparnasse Tower observation deck, Stephan Bodzin 3,000 meters high at Piz Gloria in the Swiss Alps, and many, many more. Several of the streams have racked up more than 10 million views.

Now, Cercle will make its long overdue Asian debut next Monday with The Martinez Brothers, two of the most recognisable global stars house and techno. The performance will be broadcasted live around the world and shot with multiple angles using a drone, showing stunning panoramas of the Singapore skyline to the international party scene. The duo will also be available for Q&A session on Cercle’s Facebook page following the performance.

All the Cercle streams are available to watch on YouTube (and make for a great audio-visual house party soundtrack). Watch FKJ perform at the world's largest salt flat, Salar de Uyuni in Bolivia, for Cercle below.

The event takes place at CÉ LA VI next Monday, November 18. CÉ LA VI was born in Southeast Asia and is inspired by the region’s creative legacy. The venue is longtime favorite in Singapore, hosting regular DJ events with sweeping 360° of Singapore.