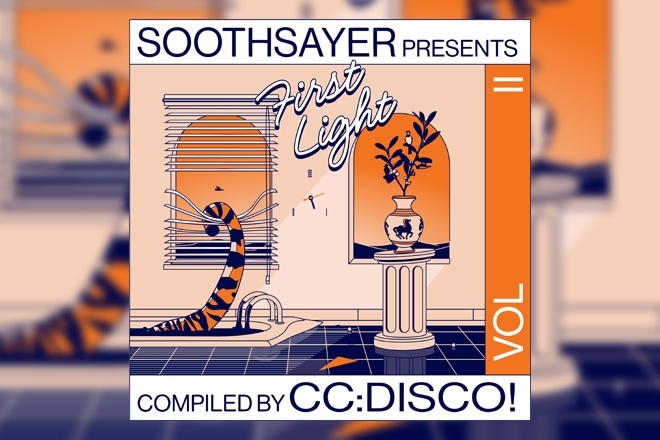 Lisbon-based DJ, promoter, and radio host CC:DISCO! has announced the release of First Light Volume 2 with two tracks ahead of its full drop in May. The compilation will be released on Soothsayer Music and will feature artists from across the globe including Indonesia’s Munir, Tokyo’s Manami and Hong Kong’s Mr Ho, who’s a recent guest on Mixmag Asia Radio. The preceding compilation focused on artists from Australia and New Zealand, as Melbourne-born DJ’s way of staying active and engaged with the music scene where she came from.

According to CC:DISCO!, the 24-track compilation sonically ranges from jazz, disco, Balearic to electronica and hard Italo. “It covers everything you could think of from home listening to 4am club bangers,” she says.

The seasoned tastemaker has been hosting shows since the age of 15, and is currently a resident host at Rinse FM. Her commitment to sustaining the energy on the dance floor and her thorough understanding of groove through her love of house, disco and boogie records is evident through her track selection.

Founded in 2016, Soothsayer is an electronic music label based in Melbourne. “We’ve always had a huge amount of love and respect for CC from the very start of Soothsayer. In our opinion, she's not only one of the best DJs in Aus, but truthfully for us, in the world. That’s not hyperbole, that’s the truth. We’ve seen her play to every type of crowd, in every type of situation and she’s nailed it. Every – damn – time,” they of the upcoming compilation.

Listen to ‘VGF (DUB)’ by Donald’s House & Lipelis and ‘Laamore’ by Hidden Spheres that were released on February 24, and pre-order the rest of the compilation here.