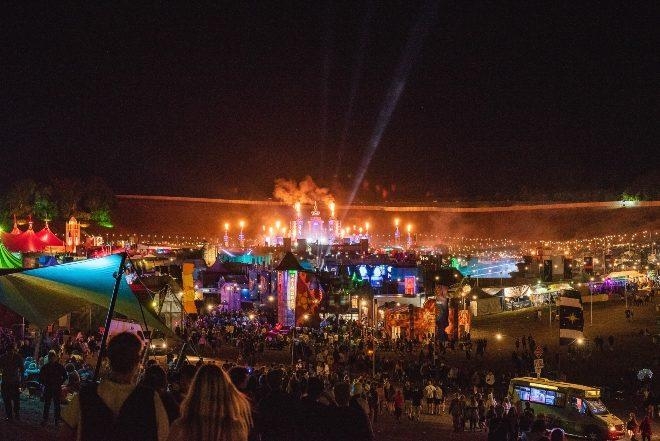 Live Nation has acquired a minority stake in one of the UK’s largest independent festivals, Boomtown Fair.

Denis Desmond, the chair of Live Nation UK & Ireland, and Stuart Douglas, the COO, were appointed as directors of Boomtown Festival UK and its parent company Circus of Boom on July 6, according to documents filed with Companies House.

Along with finance manager Mark Nicholls, the two join the event's co-founders Luke Mitchell and Christopher Rutherford on the board.

Read this next: Morocco's Oasis Festival unveils first wave of its inaugural 'Into the Wild' line-up

Mitchell and Rutherford have both been on the board of directors since 2011, and they are both based in Bristol.

A representative from Boomtown told Mixmag: "For us as a business, our vision has always been very clear, we are a festival like no other – a full living theatre which is set around friends, community, and creative spirit.

"Like many other businesses in our industry, due to Covid our landscape has changed, and to stay ahead we have had to adapt and be agile. It's been a very tough few years.

"One of the decisions we came to in the last few months, as a direct result of the rising costs in staging such an epic and complex show, was to seek investment; a minority stake in the business from some of the most experienced names in the industry - SJM (9%), Gaiety (18%) and Live Nation (18%).

"This decision will not only allow Boomtown to continue its vision to be one of the most exciting festivals in the world, but it will also ensure the flexibility to continue to uphold independence on all decisions around business and creativity."

The Hampshire Festival, which debuted in 2009, has included performers such as Wu-Tang Clan, Lauryn Hill, Gorillaz, Koffee, Madness, M.I.A., and more.

The 76,999-cap event's most recent edition was held over the previous weekend (10–14 August) at the Matterley Estate, Winchester.

Read this next: Lifting the curse: Houghton Festival is finally back and better than ever

There were also sets from Shy One, DJ Paulette, Effy, Paranoid London (Live), Mella Dee, Lady of The House (showcase), Chaos in the CBD, Four Tet, Dance System and more.

Boomtown received a £991,000 grant from the UK government's Culture Recovery Fund last year, which organisers claimed would ensure the festival's existence after being forced to cancel its 2020 and 2021 editions.

Speaking about Live Nation's small stakehold, Boomtown Fair's Chris Rutherford said: “We are excited by the possibilities of this move, for us it's business as usual, we still hold the keys, we are still running the show.

"We just have the safety of knowing there is now group support to help us pull through the tail end of these tricky years and provide stability for the future. This means we can continue to thrive, provide employment to one of the best festival crews in the world, and deliver to our audience the magic that is Boomtown."

Read this next: Awakenings 2022: the world’s largest techno festival is now even bigger & better

Ian Evans, the owner of IME Music, was hired by Live Nation UK early this year. Since then, the company has added to its staff by hiring Maddie Arnold, who was previously a promoter.

Mixmag has reached out to Live Nation for a comment and is awaiting response.