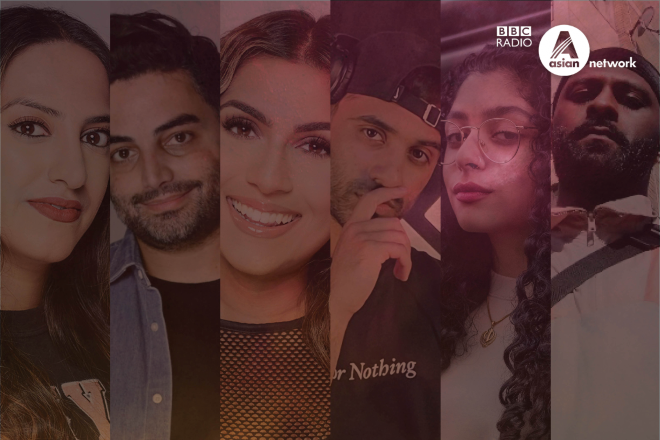 One of the shows arriving on the first Monday of the month is BBC Introducing on The Asian Network— a two-hour weekly slot devoted to sharing new sounds from the community.

Of the commission, presenter Jasmine Takhar says: “This one’s a personal victory for me. It’s such an honour to be the voice for brand new music with BBC Introducing.

“I’ve been championing rising talent and music from outside of London for the last few years and to be selected to host this show is a big deal. The British Asian music scene is thriving and it’s an amazing feeling knowing that I’ll be playing a huge part in selecting incredible new music that this scene has to offer. I’m absolutely buzzing!”

Also on the lineup is the Asian Network Takeover, broadcasting every Wednesday from 10:PM to midnight. The new format will take over the Residency show and will bring six brand new DJs in to host a set for one month each, before returning six months later. The first three selectors lined up are Goldtooth, DJ Kizzi and 2NV.

Asian Network Chill is amongst the new shows, providing relaxing sounds to wind down to for an hour each Monday night. Birmingham-based host Serena first came to the station in March through BBC Asian Network’s biggest ever talent search Asian Network Represents.

“I love my slower jams,” says Serena, “ I can’t wait to share with everyone my song selections including my chill and chai tracks.”

BBC Asian Network’s Big Debate is also undergoing a change, becoming a news, music and entertainment programme focused on current and trending topics around the world.

Ahmed Hussain, Head of the station, says: “This is an exciting time for everyone involved and it’s the biggest change the station has seen in a generation.

“The new changes reflect our growing audience and how they consume our content. We’re now able to offer much more for our audience to explore and listen to on BBC Sounds, with regular mixes on the radio and on-demand, as well as a focus on new music.

“We’re also stamping our authority in Birmingham with three brand new shows and moving forward on the success of the Big Debate with a brand new look and feel to the delivery of our news and current affairs programming on the station.”