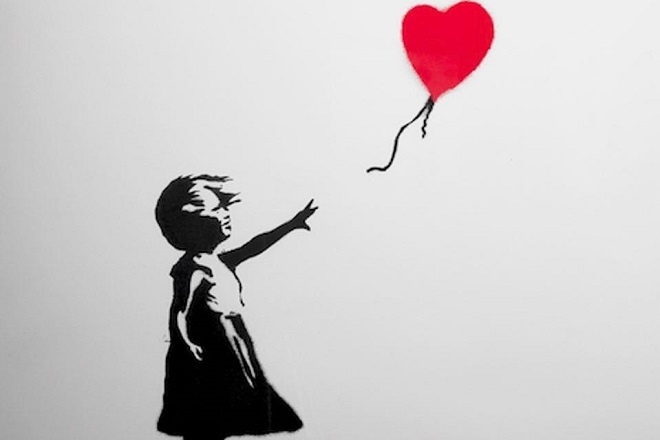 A collection of works from world-renowned street artist Banksy will be displayed at Bangkok's MOCA (Museum Of Contemporary Art) gallery from next month.

'The Art Of Banksy: Without Limits' will feature over 150 pieces created by the enigmatic artist and will run from October 26 to December 31, 2022. The show marks the first time Banksy has exhibited in Southeast Asia, offering locally-based fans and art lovers an unprecedented opportunity to view his work up close.

Since first emerging in the '90s, Banksy's name and distinctive stencilled spray-paint art have become some of contemporary art's most recognisable entities. His guerilla art has been spotted the world over and is praised by admirers for its often politically-charged and satirical subject matter. 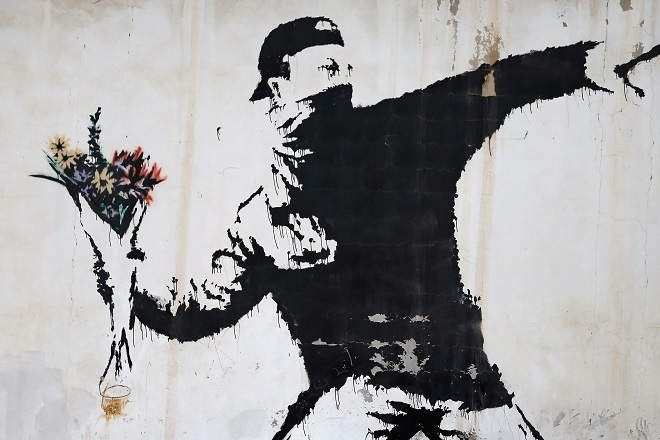 While the name and iconic style may be widely known, the true identity of the person (or, indeed, persons) responsible for the paintings remains shrouded in secrecy. No definitive evidence has been published to date, but speculation has been rife for almost as long as Banksy-tagged works began appearing. Rumoured to hail from Bristol, UK, a number of names have been put forward as potential candidates.

DJ, producer and Bangkok's Aurum Gallery curator, Goldie, famously referred to Banksy as 'Rob' in an interview on the Distraction Pieces podcast in 2017. "For something like graffiti, which has inspired the world with font or anything to do with anyone wearing a baseball cap and sneakers, at its centre, it is still misunderstood. But give me a bubble letter and put it on a T-shirt and write Banksy on it and we're sorted… We can sell it now,” said Goldie, before adding: "No disrespect to Rob, I think he is a brilliant artist. I think he has flipped the world of art over." Many believed this slip to confirm Massive Attack's Robert '3D' Del Naja was the man behind the myth, since the musician and visual artist had long been touted as a suspect. Others suggested that Goldie referred to Robin Cunningham, another notable Bristol-raised artist who was “revealed” as Banksy by UK tabloid, The Mail On Sunday, in 2008. Although we can't say for sure who's really behind the art, the secrecy surrounding the creator's identity undoubtedly adds to the mystique. 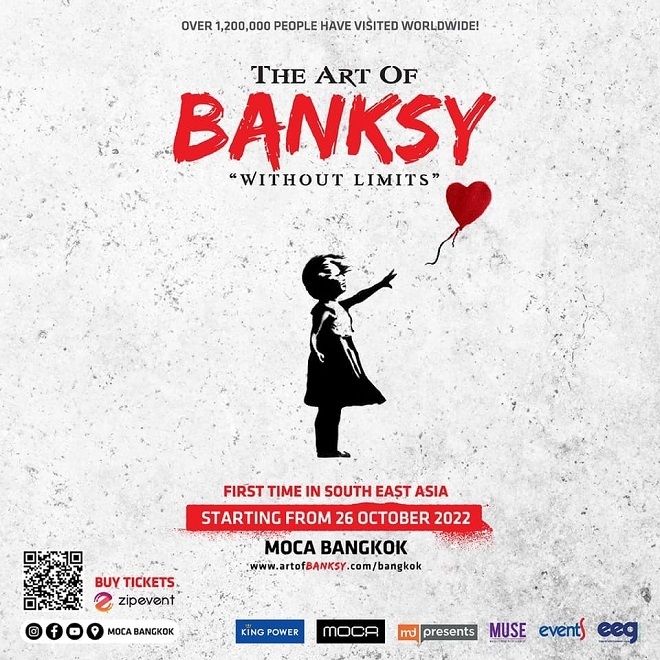 'The Art Of Banksy: Without Limits' will run from October 26 to December 31 at MOCA in Bangkok. You can find out more here