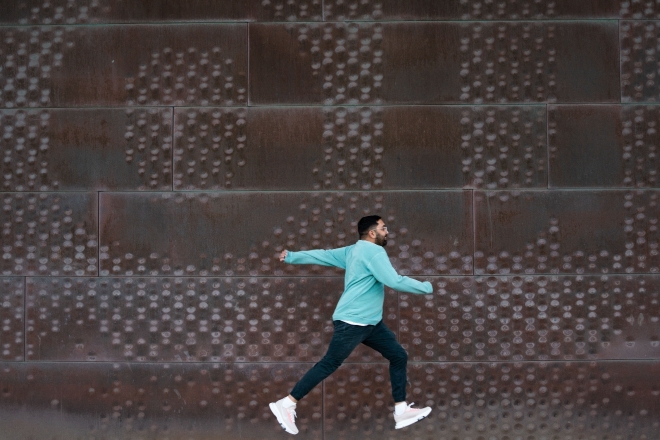 Borders mean very little to Manchester-born and Zambia-raised DJ and producer Banksia aka Vasu Patel — now settled on on the North American west coast in San Francisco, the unassuming artist is quickly cementing himself on the global stage with intricate productions and bookings that keep stacking up.

Riding off the back of his highly successful remix for Australian-Japanese sibling duo Lastlings, his latest release is a fervent reminder of Banksia’s dexterity and lack of boundary — ‘It’s Been Done’ effortlessly crosses genres in a way that truly introduces Banksia’s mindset as a producer. A low slung bassline tucked beneath vocal chops and a crafty groove, allows breakthrough underground artist Self Tape to shine through on the vocal tip.

Momentary phases of broken beat create a slow but chuggy mood behind the groove, while a steady piano line keeps things lifted in a New York house state of mind. The single is a well balanced output from a producer we’re tipping you to keep a watchful eye on.

‘It’s Been Done’ lands on British imprint Electric Mode, a label known for signing up fresh talent and helping them pave the way to greater success on larger labels. For Banksia to set things ablaze via Electric Mode with ‘It’s Been Done’ already sets him on a high-flying trajectory for an impressive pipeline of future releases that he’s already hinted at

As a DJ, Banksia has supported the world’s top players including Black Coffee, Peggy Gou, Disclosure, Tale of Us, Rufus Du Soul, Zhu and Moodymann — 2021 saw him debut at festivals which quickly led to performances at Outside Lands Music Festival and Life is Beautiful Music Festival, plus a signed residency at Ayu Day Club at Zouk Las Vegas for their Moonbeam party series.

Banksia ‘It’s Been Done’ is out today on Electric Mode. Have a listen below and grab your copy here.