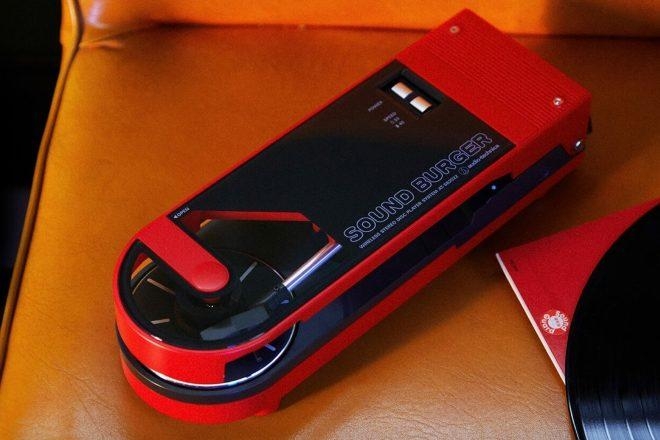 Japanese audio company Audio-Technica is due to re-release its much beloved classic portable turntable, the Sound Burger.

The limited edition item is set to land back on shelves almost 4 decades after its initial release to celebrate the turntable’s 40th anniversary and the 60th anniversary of Audio-Technica.

The Sound Burger - or AT-SB2022 - will be updated from its original ‘80s version and feature Bluetooth settings, and a USB-C charging cable, amongst other new features.

Read this next: Audio-Technica launches two limited edition pieces for its 60th anniversary

“The response to the 60th-anniversary limited-edition model of the Sound Burger portable turntable was nothing less than extraordinary,” said the director of marketing at Audio-Technica US, Gary Boss.

“We heard loud and clear the frustration of those who hoped to buy one of these turntables but were unable to do so. While the new model coming in the spring will not feature the 60th anniversary numbered badge, colour and packaging of the limited-edition version, it will be more widely accessible.”

The Sound Burger’s lightweight design makes the turntable portable, an original draw to the classic piece of kit that made it a fan-favourite upon release in 1983.

Read this next: The sound of the future? Speakers made from mushrooms

“We hope Sound Burger fans will be just as excited about this new model and that it will inspire the next generation of analogue enthusiasts,” said Boss.

The limited re-release first landed last November but was quick to sell out around the world. The next available run of turntables is due for release in spring 2023 after much anticipation.

The price of Audio-Technica’s new Sound Burger release has yet to be revealed. Find out more about it here, and check out a video of it in action below.