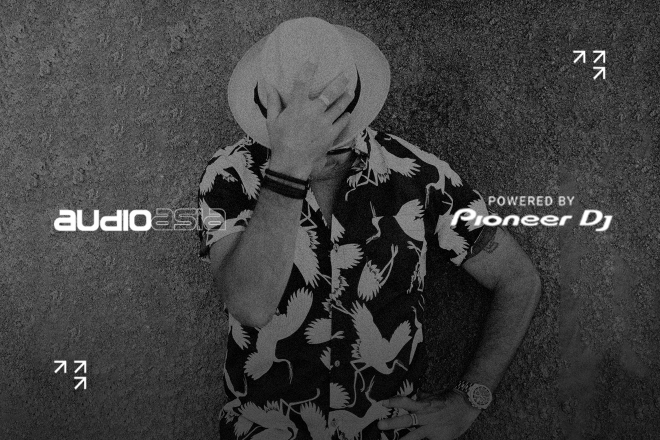 Only starting to produce music during the pandemic, Pullen released ‘One Heart, One Body, One Mind’, his debut EP via the UK’s Inward Records, on October 28. It follows the success of its predecessor ‘Mombasa/Lost in Rio’ which was launched at Savaya, got featured on at least a dozen various artist compilations and was included in the Cercle Daylight playlist.

Hailing from Pullen’s studio in Canggu, his latest EP contains two original tracks and three remixes that echo his love for ethnocentric sounds. ‘One Heart, One Body, One Mind’ is an uplifting, spiritual Afro-house track that employs the lyrical prowess of two-time international poetry slam champion (and Ubud resident, opportunely) Kamau Abayomi.

Read this next: Bali is back: Your music lover's guide to every kind of clubbing Bali has to offe

“The lyrics for 'One Heart, One Body, One Mind’ was all Kamau’s idea. I sent the track for him to get familiar with and he came to my studio and we recorded a few takes. I just let him do his thing and go with whatever he felt with the music,” says Pullen, who also mentions this project being the first time he’s worked with a live vocalist in the studio.

Then there’s ‘Marrakech’; a track that appeals with its deep, progressive sound and Arabic singing sample. “I built the whole track around the vocal sample and that became ‘Marrakech’, a city in Morocco I love. Ultimately, I’m trying to break down political, religious and geographical barriers as we are all one people,” the artist adds. That scintillating saxophone you’re hearing is from fellow Australian expat and Bali resident, Simon Oh.

Read this next: The Guest List: Osunlade calls out for grooves from a higher calling

The EP comes with three remixes of the title track by international producers Frømme and Riigs (Lithuania/UK), RIEL (Romania) and Double Drop (Mozambique), adding to the beautifully ethnic and unifying feel of the EP. As Pullen says himself, "I don’t produce music for the charts, I produce music that people feel, no matter where they are from."

Australian-born Scott Pullen has called Bali home for five years and in the process metamorphosed his sound into a distinct one throughout his 25 years of DJing. A resident at Afro Cosmic (a travelling Afro-house party held at different venues) as well as Miss Fish, he’s also supported the sets of Dr. Packer and international heavyweight Armand Van Helden when they came to the island.

Listen to Scott Pullen 'One Heart, One Body, One Mind’ below.

Purchase the ‘One Heart, One Body, One Mind’ EP released by Inward Records here and follow Scott Pullen on Instagram.