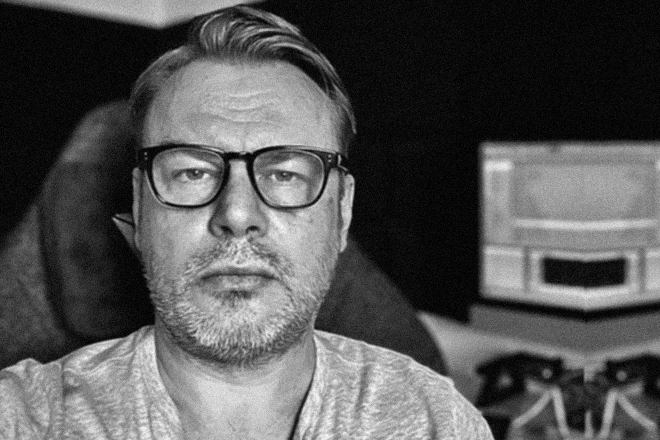 MY Connected Records continues to keep the foot on the proverbial pedal with their steady release schedule. Following a flurry of EP's and VA's, the label is back with their latest offering in the way of Created by Circuits debut EP 'You Say' for MYC008.

Created by Circuits is the new alias of Glenn Bishop who formerly produced and performed under the moniker of Circuit Breaker UK. While the alias may be new, Glenn is no stranger to the underground electronic music scene, having more than 25 years of experience combined between production and performances. Most notably, Glenn held a longstanding residence at Le Noir in Kuala Lumpur and performed alongside Sebastien Leger, Marshall Jefferson, Mr C and Noir, and more. With releases under his previous alias gracing the catalogues of Dear Deer, Soul De Anima and Sweat Box Records, the name change provides Glenn with an opportunity to hit reset and walk a personal path, redefining a signature sound to represent his interpretation of the global soundscape.

Glenn puts his personal stamp on his first release with 'You Say' being both the name of the EP and single. While a coming out party for Created by Circuits, 'You Say' also offers a deviation from the sound profile we've typically come to know from MY Connected Records, with the lead single almost entirely composed without a lead melody. In its place are techy tweaks, lazy stabs, a tribal drum pattern and drone bass that maximises low frequencies. This is a deep, dark and gritty affair, highlighted by the distorted psych rock element of a lead guitar riff. Weaving the piece together are the hypnotic and echoed vocal lines that help to polish off the production.

If the lead single wasn't enough, the EP is accompanied by three different remixes which each hit from their own angle. Yuri Lima taps in from Brazil with a progressive touch highlighted by brighter and more vibrant notes and textured keys. Label regular Also Ken kicks things up a notch with his dancefloor rendition in a more tech-house style packaging. Finally, Bangkok based K-MRK takes things the cinematic direction with a huge melodic techno rendition suitable for festival sized audiences.