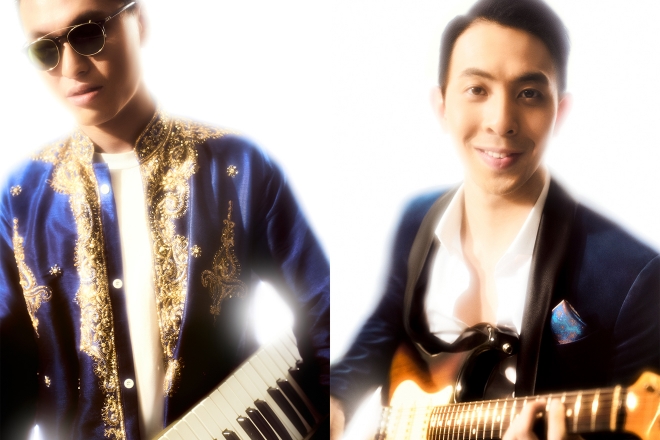 Southeast Asia is not a region that people would recognize for output of R'n'B music. If we are being more specific, Hong Kong might even be less known for its output in the genre. But Hong Kong-based duo Pora might be pushing to change that mindset with their smooth and silky approach to creating R'n'B music with subtle touches of left-field jazz and electronic elements. Raised in separate households, both were brought up fostering a balance between discipline and creativity. At a young age, the boys were already becoming skilled multi-instrumentalists, honing their skills at saxophone, drums, piano and guitar. This diverse musical skill set is evident in their productions, allowing the guys to craft satisfying creations of neo-soul ear candy. While the duo only began writing music in 2019, their first release has a sharply refined direction to it.

'Sugarcaine' is the duo's debut single, a groove-based R'n'B number demonstrating a mixture of old and new influences. 'Sugarcaine' sounds like what you might have if Chromeo and French Kiwi Juice were to raise a child together and that child went on to have his own music career. The single strikes a fine balance between modern and historical inspirations, showing the range that Pora possesses. The traditional stylings of neo-soul keys, guitar riffs, Moog bass and percussive elements including rim shots are what one would expect from an R'n'B act claiming inspiration from the likes of J.Dilla, D'Angelo and Jai Paul. Modern electronic elements also permeate the track, with the use of effects and synths standing out at certain moments, just highlighting the single instead of dominating it. The combination creates the perfect moody backdrop for the telling of a kaleidoscopic relationship of the modern age.

The crooning vocals on 'Sugarcaine' tell the story of a protagonist experiencing the hardships and thrills of a romantic relationship. The highs of 'elation' and fulfilment of 'prophecies' and the notion of the artist comparing a relationship to that of the high from drug use, complete with 'dilated pupils' and craving for 'one more line'. A kaleidoscopic relationship of the times we live in, finally realizing that things have gone too far, they cannot turn back, and their time has come. Or in the artists own words, 'a road that leads nowhere'.

'Sugarcaine' is a breath of fresh air, reinvigorating the current R&B landscape across SE Asia. The single oozes or contemporary R&B but fuses just enough experimental and modern elements to offer somewhat of a genre-bending experience for the listener.

Released via Zepa Records, 'Sugarcaine' should attract listeners of artists such as Tom Misch, Blood Orange and Tame Impala, but also appeal to listeners that grew up on Erykah Badu and D'Angelo. Zepa Records is an independent label established in Hong Kong. The label aims to share unexposed talent from the Southeast Asia Pacific region with the global community, while also generating opportunities for collaborations between artists across regional boundaries.