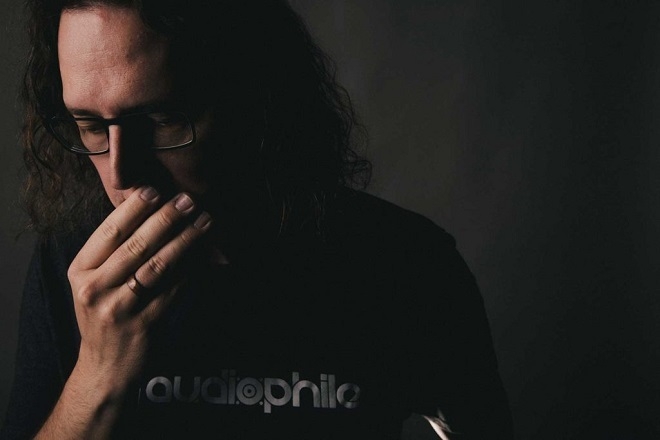 While I'm not exactly sure of what critical variables are powering this surge of quality, left of centre dance releases emerging from the territory, clearly an 'SG massive' exists, and a diligent bunch of creators, promoters and enthusiasts they are too.

Following their recent 'The Other Side Vol. 2' compilation, which explored experimental sounds from an array of global producers, Integrity Records return with serious intent to present music from techno senator Stefan Weise along with a remix from revered producer Fabrice Lig. With roots in both Italy and Germany, Colorado-based Weise has been releasing Detroit-inspired tracks for decades and has generated much acclaim in the process. With influences encompassing elements from funk, soul, disco, acid house and sci-fi, it's clear that his musical education was a strong one.

'Striations' is blessed with a timeless quality, and the entire EP has a classic German-meets-Detroit feel. While almost certainly harking back to golden age techno tracks – the likes of Ian Pooley and Force Inc Records immediately spring to mind – the music (as with much of the output composed in the '90s era from which I suspect the track draws inspiration) still sounds utterly fresh. Harmonic pads, lively bass and crisp drum programming characterise this track, there's a warmly emotive feel, yet the tempo and solidity of the drums ensure enough beef to work a dance floor.

Belgium-based techno futurist Fabrice Lig is a true titan of the underground. With releases on Planet E, Compost, F-Communications, Playhouse and more, his credentials are beyond dispute. Here he strips things back a touch on his energetic remix of the title track, toughening the drums and adding some freestyle synth work. Elsewhere 'Nightflight' has a beautifully dubby techno quality. Again driven by metallic chords, driving bass and tight drums, this one has a dream-like character, suitable for blissed-out sunrise sessions. Finally, the heads-down electro explorations of 'TGR' represent the deepest track on the EP, the introspective jam making full use of the sonic landscape to create some kind of delightful at-home astral travel apparatus.

All in all, this is rather stunning work from Stefan Weise, and an EP sure to appeal to lovers of the deeper realms of techno. And, once again, a tip of the cap to Integrity for their committed A&R, continuing their crusade to present to the world the subtler shades of dance from deep within Asia.

Stefan Weise 'Striations' is out November 11