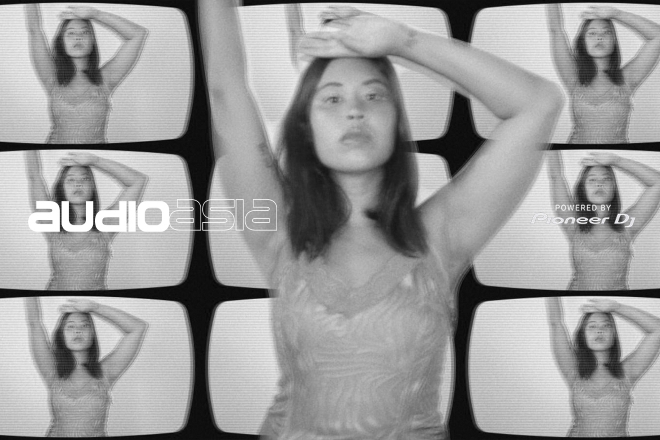 Growing up as an Australian to Cambodian and Vietnamese parents, Maggie Tra often finds herself experiencing deja vu when meeting new people. The small talk of "what's your name?" and "where are you from?" always finds itself heading to the same place once Maggie answers "Australia". The almost immediate follow-up question can be heard rolling off peoples lips before the words are even spoken 'but, you look Asian'.

Maggie always approaches the commentary from the lighter side because after all, they aren't wrong. Now relocated to Hanoi, Tra has channelled her upbringing into her most recent work and even named her debut EP with a tongue in cheek reference to her background. 'U.L.A (U Look Asian)' is Maggie Tra's attempt at encapsulating her diverse heritage and piecing together all the organic components of her roots into a coherent work of art. Maggie Tra has hit the proverbial nail on the head.

'U.L.A (U Look Asian)' is a four-track EP that heavily features Vietnamese and Cambodian sample laden production. Maggie wanted to explore soundscapes that reference her inner identities and allow reflection on being an Asian raised in a western environment. Tra channels her innermost feelings on her debut EP and manages to shed light on a side of Asia that may often be overlooked by the masses.

Our choice track from the release has to be the lead single of the same name 'U Look Asian'. A short ambient opening introduces a distinctly Asian chime sample that works to introduce the listener to what will come and also features on the outro. Quickly after, punchy drums kick in, striking a perfect balance with the chimes and the two elements partake in a playful back and forth sequence until about a minute in. The initial sample is then mostly abandoned albeit for a few notes here or there, being replaced by a choppy vocal and loopy Asian melody. The song continues to build with all the elements taking turns in the limelight, each having their moment of focus and working together to create a loopy and hypnotic vibe. When the outro arrives, the original sample is brought back in as all other elements are taken out, and further exposure of the sample is revealed. 'U Look Asian', much like its composer, is a piece that carefully intertwines a variety of fibres. Maggie Tra takes the listener on a punchy hypnotic ride that exposes them to the sounds of her cultures.

As an Asian born and raised in Australia but now residing in Vietnam, Maggie Tra is able to bring a diverse sound palette to the studio and showcase a variety of cultural influences without it seeming forced. Perhaps Maggie says it best:

"I want more people to see my culture for what it is, and embrace the beauty of it for those who have been to these places as well as introducing people who haven’t. And whilst they see my world, I want them to dance".

Maggie Tra 'U Look Asian' is available September 2 and can be streamed through her Spotify channel here.