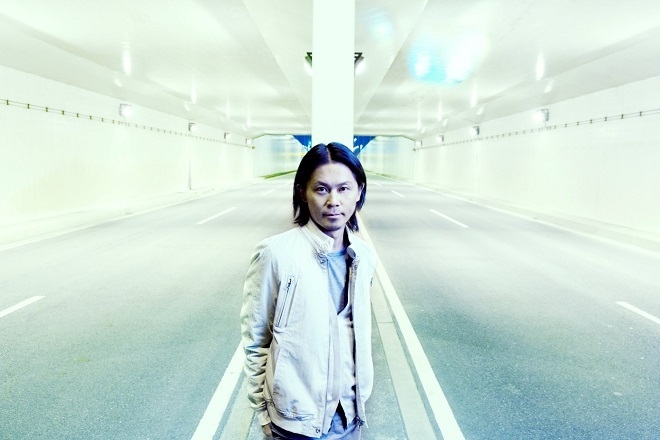 On Monday we reported that pioneering producer Ken Ishii was contributing to Spotify's new 'Track ID' playlist series, and here he shows that his studio output is just as in-demand as his refined selection skills.

Techno and legend are both words that are somewhat misused in today's dance vernacular. These days a lot of music passes for techno that in truth is a pale imitation of the cutting edge sounds that began to emerge out of 1980s Detroit and (depending on who you speak to) in Germany at around the same time. And it's undeniable that a lot of DJs and producers are surrounded by a level of hype that perhaps exaggerates their contribution to dance music, though of course, this phenomenon exists beyond the confines of electronic music. So, acutely aware of the above, I think it's still safe to refer to Japanese producer and DJ Ken Ishii as a genuine techno legend.

A regular on flagship label R&S since 1994, Ishii quickly caught the attention of techno titans such as Dave Clarke and Luke Slater and has continued to forge his unique take on the Detroit sound for over a quarter of a century. His name is right up there with pioneers of the genre, and it's beyond doubt that he helped to put Japanese techno on the map, having been a purveyor of the sound since long before it grew to international attention.

His latest work comes to us courtesy of Christian Smith's Tronic label, in the form of a remix of Drunken Kong's 'Step Back'. His sound is showing no sign of softening, quite the opposite in fact, as this effort sees him in energetic form as he delivers a tirelessly driving track. The sonics are all in perfect place, as you would expect, as the merciless groove powers over a mighty kick. Melody is dispensed in favour of dance floor rhythm, a relentless stab powers throughout the cut as sweeps, snare rolls and subtle arps add energy. This is dark, dirty, and unreservedly aimed at smashing the dance-floor to pieces.

The track is available now as a single, and also appears as part of a remix collection of Drunken Kong's second album 'Where We Start'.

Drunken Kong 'Step Back' (Ken Ishii remix) is out now on Tronic. You can buy it here