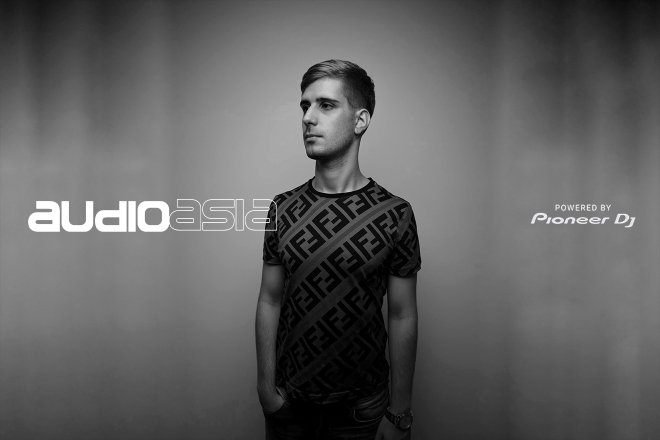 The Italian purveyor of pounding techno Giorgio Leone (IT) has once again landed on Italian imprint Frequenza Records for his latest EP. Since relocating to Taipei, Taiwan from the shores of his native Catania, Italy, Leone has maintained a steady output of production, signing records to a variety of imprints including Neu Gravity, Frequenza, Misu Misu, Vulkano and Huambo. Needless to say, the artist has not lacked inspiration despite removing himself from the sun-soaked shores of Sicily. Giorgio has even founded his own imprint in Our Muzik, and hopes to use the label to help bring global attention to the burgeoning techno scene that is currently bubbling in Taiwan.

Leone has experienced a continual climb on the industry ladder since his initial release with Neu Gravity back in 2020. Since then, his consistent quality output of techno bangers have garnered him attention, especially his My Love For You EP on Vulcano Records, which received industry-wide praise from DJs as well as journalists.

This past month charts familiar territory for Leone, as he returns to Frequenza for his sophomore release with the label called We Overcome. The three-track EP finds Leone in his comfort zone, combining thumping rhythms with industrial soundscapes to whip up a furious frenzy on the dancefloor. While all three of the tracks have their own unique charm to them, the lead single of 'We Overcome' is the standout number.

Clocking in at just over six minutes, 'We Overcome' is shaped by the sharpened tools residing in Leone's production kit. Ferocious kicks, razor-sharp cymbals and distorted synth patterns lay the foundation for the single while the vocal line shows its face in a repeated but infrequent pattern. A frenzy of percussive elements layer over the booming bass to combine for an absolute monster of a track. The single races from start to finish and is sure to get feet stomping and hearts pumping on dance floors as they slowly open up again on a global scale.

Frequenza Records is an Italian imprint releasing both digitally and on vinyl with a focus on techno and electronic music since 2009. Founded by Less Hate, the label has showcased a variety of talent over the years including Maetrik, Gary Beck, Lutzenkirchen, John Lagora, Broombeck, Brian Sanhaji, Dustin Zahn, Pig & Dan and Simina Grigoriu.