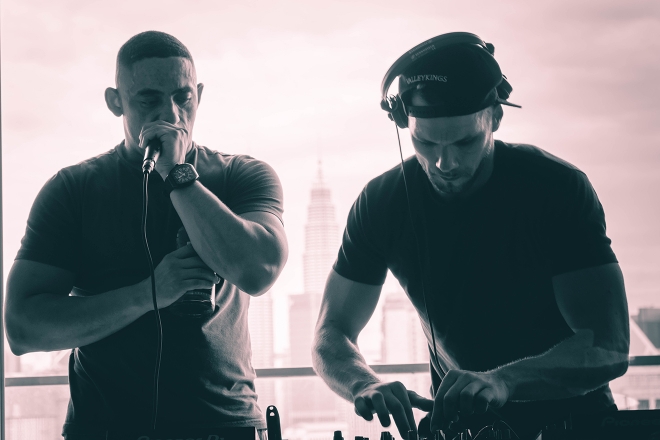 2020 has been a year of turmoil, with the global pandemic bringing an almost worldwide halt to nightlife as we previously knew it. After six months, many regions have seen little to no improvement and dance floors globally remain barren. While many have started to abandon the industry in search of other opportunities, others have bunkered down and pushed forward on the production tip, focussing rather to sharpen their teeth so to speak and continue to push the music boundaries forward. My Connected Records is one of these groups. It was only a few months back where we were showering them with praise for their release with Tweaken 'Invisible Trap', and now the team is back with another release from Also Ken called 'Another World'.

To reference the single as aptly named would be an understatement. This year feels as though it was ripped out of the Bizzaro world in the Superman comics, where the world is Htrae ('Earth' spelt backwards) is square, things are weirdly inverted and always opposite of expectations. Also, Ken might also fit this description, known previously for his experience in the UK drum 'n' bass scene as a DJ, promoter, label manager and producer; Ken relocated to Kuala Lumpur and found himself living in another world and seemingly expanded his horizons. His newfound tastes, selection and productions might catch his UK followers off guard, much like the Justice League watching Bizzaro Superman fly past them backwards.

'Another World' is a composition of chunky dance floor dynamite. The single takes little time to get started with the pulsating keys and identifiably psych-rock style string phasing in and out of volume over the collection of kicks, claps and hi hats. As the track bobs and weaves towards the breakdown, a vocal sample is brought in over the track that could be an ode to Also Ken's UK roots, as the clearly UK vocalist is heard saying "I'm in another world". The breakdown is subtle, preferring to give the track some space to breathe before pacing towards the finish line. The rolling bassline paired with techy melodies and sharp stabs beef the single up for a solid journey. 'Another World' is a second tasteful single via My Connected and piques our interest for what is to come next.

There is no question that Also Ken delivers for his maiden outing on My Connected Records. This single finds itself along the lines of an indie dance stomper with subtle hints of Italo Disco seasoned throughout. Just dark enough for fans of melodic house and techno but perhaps lacking the energy or intensity to be suitable as peak time ammunition. A quality track for the right time and place regardless. If you're looking for that peak time energy, the 'Another World' EP comes paired with a b-side titled 'Two For One' which features Säkä and is more suited to those moments.

We look forward to hearing more from the My Connected Records camp in the near future.

You can purchase 'Another World' via Beatport here.