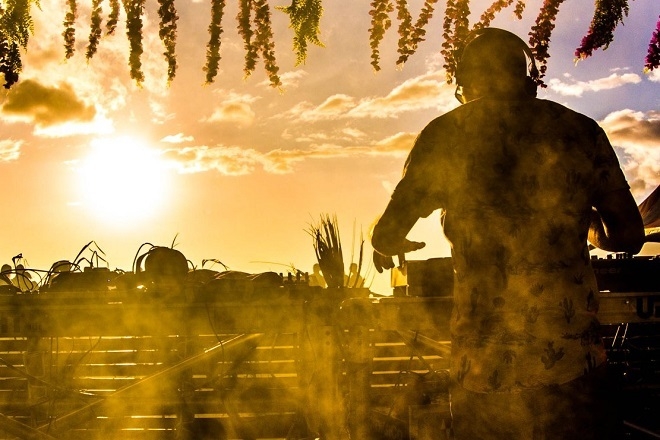 The Cook, The Thief is a South African DJ and producer who's been calling Taiwan home for 16 years. From his base in Taipei, he's co-founder of HSTL – one of the city's longest-running house nights – and is resident DJ at Cé La Vi and W Hotel. A man who's busy on the turntables, he also hosts outdoor boat parties, pool parties, and street festivals in his adopted home town. His recent releases on Animal Language, My Techno Weighs A Ton, Box Of Cats, and King Street Sounds, have helped garner international support from heavyweight artists, including Mark Knight, Green Velvet, and Gene Farris.

For this release on Loulou Records, he presents two solid, main room house jams. The title track 'That Body' pumps over jacking drums, with its sinister bassline and vocal chops giving the music an old school flavour. Fizzing hi-hats and piercing cowbells add to the groove, driving the cut into a late-night frenzy.

Also on the EP is 'Music, Music', where again the vibe is tough, dance floor material. A dark bass powers over the tough rhythm, tripped out vocals hypnotise, and the track breaks down and launches back into life with the help of a giant snare roll.

Big room house that's sure to find it's way into the playlists of jocks the world over.

The Cook, The Thief 'That Body EP' is out now, you can take a listen and buy it here