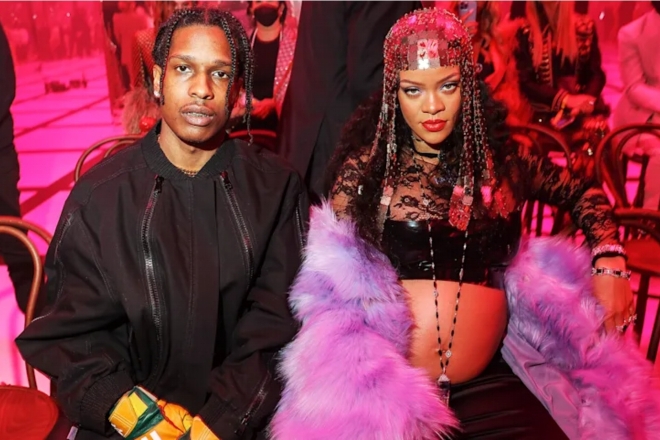 This reportedly involved asking guests to wear their brightest coloured neon outfits for the party — they also gave out late-90s styled colourful T-shirts which called the party a "rave shower".

The expecting couple threw this party despite reports claiming that the shower was cancelled due to Rocky's arrest.

As HipHollywood reports, the rapper and singer wanted to keep the event very private, guests were not allowed to film, or photograph and were instructed to lock their phones into pouches on arrival.

The shirt that guests were given as a keepsake features the couple as children with the words “Rih and Rocky Rave Shower” on the front. On the back, the shirt read, “I Went To Rih & Rocky’s Rave Shower And All I Got Was This Amazing Shirt.”

Read this next: Check out these previously unseen photos of Daft Punk, David Bowie, Prince & more

It was reported that there was no official registry and that the couple just wanted to be surrounded by loved ones.