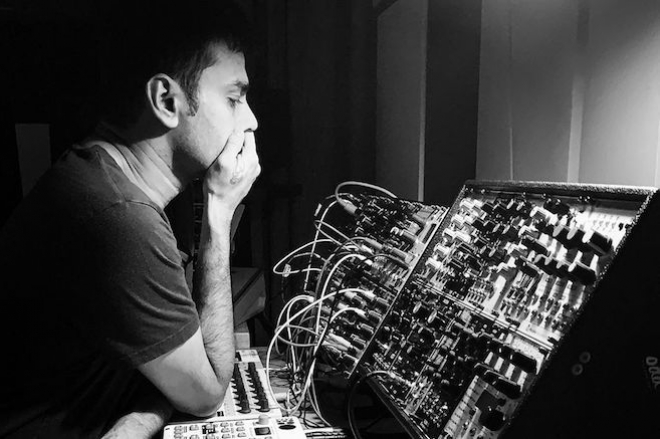 A verteran, leader and pioneer behind India’s music scene, Arjun has been an integral player in the rise of the sub-continent’s presence on the world’s electronic music map. His impact on the local scene was heard worldwide — he was the first South Asian artist to be signed to Adam Beyer’s Drumcode imprint, plus he belted out strong releases on Digweed’s Bedrock and Christian Smith’s Tronic Records. He’s also racked up a few awards and accolades which have positioned him and his home country as a source of inspirational music.

Almost ten years after a period of his name peaking on charts, line-ups and wishlists for techno promoters and clubs, Arjun follows through with his slightly-new experimental alias, Asymetrik with Asymetrik 002, self-released on Bandcamp. The new release, like the first one under the alias from 2019, is close to a far cry away from his dance floor-centric productions. It’s way out there, filled with tempo variations, industrial soundscapes and rhythmic atmospheric layers. The results of his work clearly resonate his efforts and belief in creating something original and, from what we know of Arjun, he makes the deep and technical sound smooth and easy. It’s not an easy listen for those who are not used to harder spectrum of ambient music, but for those willing to listen intently, there is a strong presence and message of keeping calm in chaotic times, highly reminiscent of our time in the world right now.

You can buy and listen to Arjun’s release here.

'AsymetriK002' by Arjun Vagale is out on March 23 on Bandcamp. Order the album here.