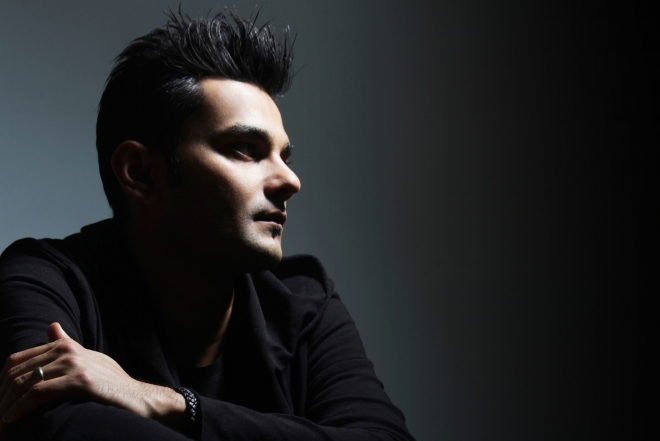 It’s been a hell of a year for India's Arjun Vagale.

Just a few months ago he signed to Pan-Pot's Second State imprint and not long after that he headlined VH1 Supersonic Awakenings on home turf before he was off to Amsterdam to play Awakenings Festival. It was there that Adam Beyer asked him for some music and led Arjun to become the first Asian to sign with Drumcode, one of the world’s biggest and most celebrated techno labels.

“Adam's been playing out a lot of my music over the last few years,” Arjun told Mixmag Asia. “Right after playing at Awakenings in Amsterdam, we were hanging out and he asked me to send him some more music, and mentioned that it was time he introduced me on the label.”

Despite a back-to-back summer touring schedule with little to no studio time in over three months, between playing Awakenings in June and a string of shows in Tokyo in July, he managed a single studio session and hammered out what would go on to become ‘Liquid’.

“The result of that 2-3-hour jam was ‘Liquid. I played it the next night and it worked really well. It’s a pure ‘man in sync with machine’ track. My TR 909 and my Modular synth is all that I used so it’s raw, a bit unpolished and pretty heavy.”

He added: “To be very honest, I was surprised when Adam selected this track but I'm glad he did - it perfectly defines my sound as an artist.”

'Liquid', a powerhouse tuned destined for the dance floor with its namesake inspired by a "Loquelic Iteritas" module, is featured on the 6th installment of Adam Beyer’s A-Side series, an annual compilation that forges relationships between industry tastemakers and rising talent alike.

Other artists that feature on this particular compilation are Adam Beyer, Amelie Lens, Dense & Pika, Pig&Dan and more.

With Drumcode being one of the biggest and most prolific dance music labels in the world, the milestone release is up there with one of Arjun’s greatest personal achievements after more than 20 years in the business. At the same time he also hopes the tune becomes one of his music community's greatest achievements and that it can help put India’s music scene on the map.

“People often think Asia has no real underground scene, so that's a misconception I desperately want to change and I think now having an Indian Drumcode artist will further legitimise it! I also hope this paves the way for more Asian producers to think big. Geography is no longer an excuse; the world is closer than you think!”