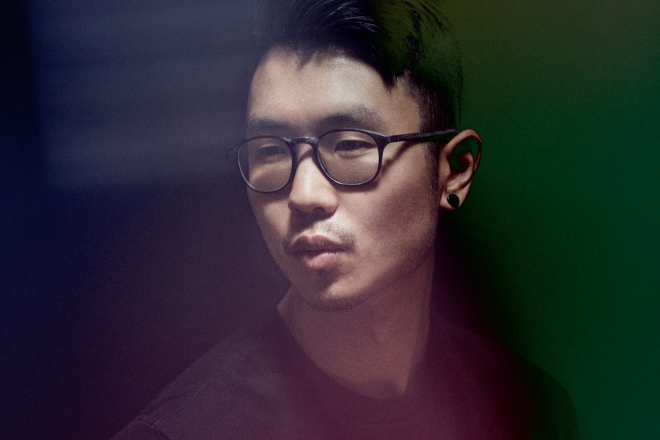 After launching his own label Hanger Management four years ago, and releasing several EPs, Aquarian has finally released his debut album 'The Snake That Eats Itself' last month on Dubai-via-Bangkok Bedouin Records. The album is a complex blend of techno, industrial, IDM, drone and dark pop music that has inspired the DJ throughout his life.

Born in Toronto, Aquarian filled his teenage life with everything from punk to trip-hop and film soundtracks, while he also delved into the dubstep and drum 'n' bass scenes. Having moved around from cities like New York and London, he started honing his DJ skills in his current home - techno haven Berlin. He’s recently been taking his intensive genre-mashing sound around the world at renowned clubs and festivals such as Berlin's Tresor and Berghain and Barcelona's MUTEK.

Nearly five years in the making, 'The Snake That Eats Itself' is Aquarian's "most complex, diverse and emotive work to date", where he plunges "trademark UK sound-system/techno hybrids into a self-contained, cinematic universe streaked with heavy influences from industrial, IDM, drone and dark pop music." Have a listen below:

In the past, Aquarian has accompanied his EPs with actual culinary recipes like ‘all-purpose slow-braised pork shoulder’ and ‘udon with bacon and kimchi butter’ that are "designed to elevate food-rave consciousness to levels not seen since his 2014 RA podcast". We're not sure if there's a recipe for this album but it's definitely an interesting mix of sonic seasonings.

Started in 2014, Bangkok-based Bedouin Records is a record label that has been consistently releasing multi-genre music from rising artists. Check out their release here.

'The Snake That Eats Itself' by Aquarian is out on January 24 on Bedouin Records. Order the album here.