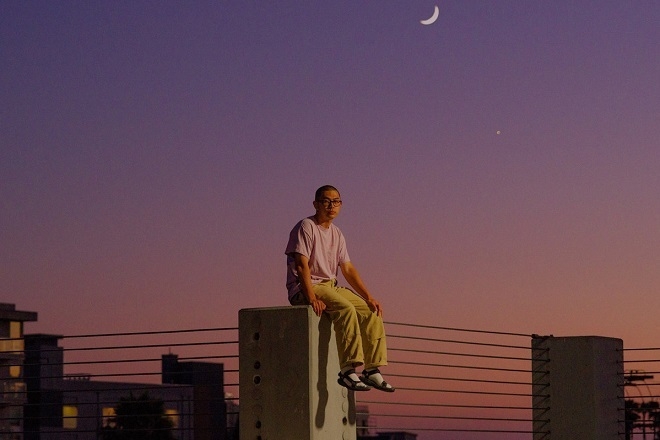 Known for his eclectic DJ sets that effortlessly navigate vintage boogie proto-house, techno, Cantonese pop and beyond, he's shared the bill with headline acts including Giles Peterson and Peggy Gou, as well as underground stalwarts like Powder and Yu Su among many others. Despite being a key feature of the LA underground in recent years, 'Move Through It' marks his production debut, offering a tantalising glimpse into the seasoned digger's musical mind. The album finds a home on one of the most credible labels operating in the leftfield, with Music From Memory regularly reviving sonic pearls from the likes of Curt Cress and Joan Bibiloni, as well as serving new material from Kuniyuki, Suzanne Kraft, Terreke and more.

While the music feels rooted in Balearic-themed sundown reflections, the album is inspired by the warm LA glow inhabited by the Pasadena native. Produced alongside subterranean luminaries Baba Stiltz, Phil Cho, Damon Palermo and John Jones, the collection brims with a refinement that belies Ho's limited studio experience. From the sumptuous synths and yearning harmonies of opener 'Miss Suzuki' to the simmering arpeggios and evocative sax solos of closing track 'TYFC', the album lends itself to oceanside meditations. Highlights include the funk-coated synth melodies of 'Neary', the haunting choral shimmers of 'Mark, and the hypnotic swirls of the LP's title track. This is heavenly work from Ho, hopefully serving as a precursor of a good deal more audio delights to follow.

Alex Ho 'Move Through It' is out now, you can buy it here