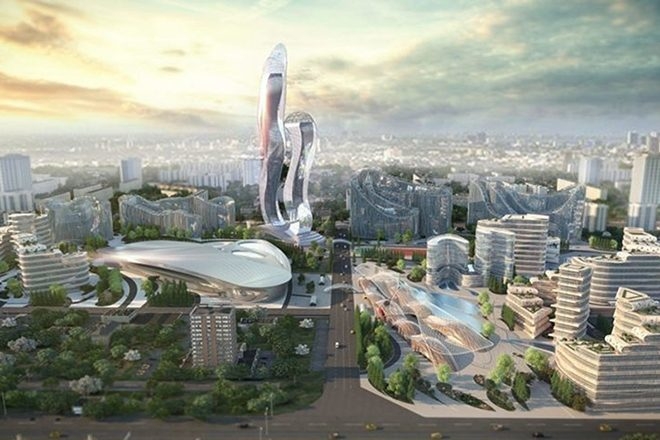 A new cryptocurrency themed city is being founded in Senegal by Akon. It will be built across 2000 acres on the ocean, under an hour’s drive South of Dakar’s new international airport on the Western tip of the country.

A $6 billion contract has been secured by the Sengalese-American artist, entrepreneur and philanthropist to build Akon City alongside US Consulting and Engineering company KE International.

Dubai-based firm Bakri & Associates Development Consultants will oversee the architectural design of the futuristic city, which will be run exclusively on a cryptocurrency called AKOIN once it’s completed.

The city is also being co-developed alongside Senegal’s government tourism organisation SAPCO, and the country’s President Macky Sall is looking to designate it as a tax haven to encourage investment.

Akon City is planned to contain parks, universities, schools, hotels, a stadium and an industrial complex and be completed by 2030. Phase 1 of the development which will see the construction of roads, housing, hotels, a school, a waste facility, a police station, a solar power plant, a Hamptons Mall, and a Hamptons Hospital campus is expected to be finished by 2023.

KE International is currently overseeing the build of a $2 billion green city in Kenya called Mwale Medical and Technology City which is expected to be completed by the end of this year and will also partner with AKOIN for blockchain digital transactions. It has 35,000 residents and is fully powered by renewable off-grid energy. An Artificial Intelligence Cluster is also belong developed to run the hospital.

KE International says “MMTC is a modern smart city with a focus on healthy living, nature, and maximizing the comfort and mobility of the people within it” and that Akon City will “define a new paradigm in design and architecture for Africa”.