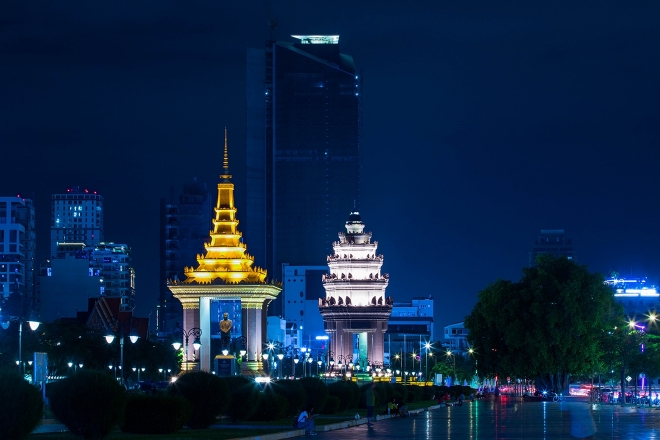 Cambodian label Baramey has inked a deal with the Asian branch of Warner Music’s ADA, which is headquartered in Singapore. This deal is the first major international signing for a Cambodian label.

Laura Mam, artist, founder and CEO of Baramey, says: “It’s a great honor for Baramey to join forces with ADA Asia to distribute our music around the globe. This deal is not only monumental for Cambodia’s music industry, it’ll also be transformational for Cambodian artists. When we started our company, distributing music outside of Cambodia was unheard of, and we’re excited that this partnership will enable us to amplify our team's achievements. I’m personally humbled and delighted that Baramey will be the first label in Cambodia’s history to partner with a major music company to bring the music of our country to the world.”

The deal offers Baramey the opportunity to work with ADA on opportunities such as global music distribution, digital marketing and sync licensing while expanding the global reach of Khmer music and culture around the world. Baramey started in 2016 and has signed some of the biggest artists in the nation that had much of its music scene eviscerated during the Cambodian genocide. The aftermath of that tragedy led to a lull in creative output, and a lack of infrastructure to support artists in their creative pursuits.

The music scene that has developed, including Baramey, focuses on supporting local artists as the scene is built from the ground up. According to the label’s website, it commits “50% of its profits to reinvesting in original music to combat piracy in Cambodia” and “research and development on legal frameworks to build the music industry's respect for copyright and intellectual property”.

Though the scene is fledgeling, its talent has seen a huge growth in popularity recently with the hip-hop star VannDa breaking the record for the most-watched Cambodian music video on YouTube with ’Time to Rise (feat. Master Kong Nay)’. Other artists already signed to Baramey include hip-hop duo Kmeng Khmer; founding member of the country’s “original music movement” Laura Mam; and rising R'n'B singer Sophia Kao.

While hip hop has grown a lot around Southeast Asia, Cambodia’s local electronic scene has been bubbling under the surface for a long time. It’s possible, with the added attention cast on the local music scene by this deal, that some local DJs and producers will get some sweet, sweet international recognition as well, and deservedly so. Currently, Baramey has only one DJ on its roster; RXTHY is an EDM DJ and producer who has created well-known dance remixes popular within Cambodia.

While Baramey doesn’t have a lot on the cards for electronic music at the moment, they may look to bolster their roster with this new deal, or at least the newfound attention will result in more such deals for labels in the country as the scene continues to grow.

Baramey launched 2016 as a pioneering music label that looked to nurture talent in Cambodia not just in music, but also film, events, and bespoke marketing campaigns. Baramey says it commits at least 50% of its profits to reinvesting in original music to combat piracy in Cambodia, research and development on legal frameworks to build the music industry's respect for copyright and intellectual property, and matching rising artists to music campaigns aligned with various social causes.