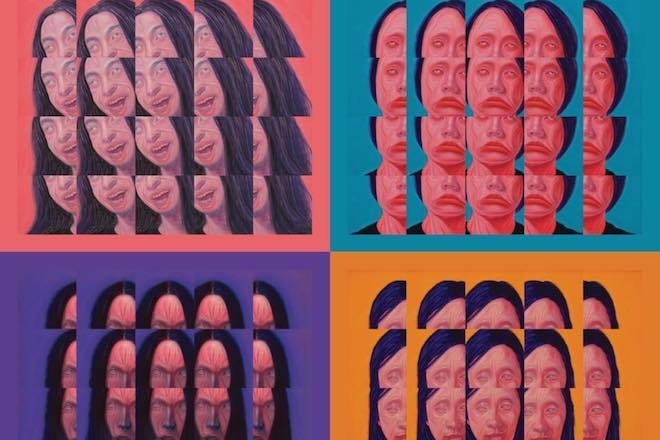 Resolve, expansion, distortion and colourful — this is the visual message that New Zealand designer Sam Bee has given to an album from Hong Kong-based indie band TYNT. The band has only been around for about two years, and immediately garnered attention from local press and record stores, including White Noise Records.

TYNT is a four-piece indie-electronic group that merges emotive and dynamic soundscapes with elements of dream pop, with strong reminiscence of Icelandic group Sigur Rós or Danish group Mew. Akin to their independent and DIY style approach, the new album ‘Symbol’ was self-released in early April, but of course supported by Hong Kong local record store, White Noise Records.

The album is a consistent journey that starts off with ‘Piety’, which was released as a single before the album, with an expressive blue-tinged music video. The flickering synths and rhythmic vocals that shine over a chasing drum beat are a strong opener for the album, as the rest of the LP flows through a melange of culture clashes between English and Cantonese vocals. Further into the album is an 18-minute track that is highly reminiscent of the bands influence from Japanese ACG.

You can listen to and buy ‘Symbol’ by TYNT here.