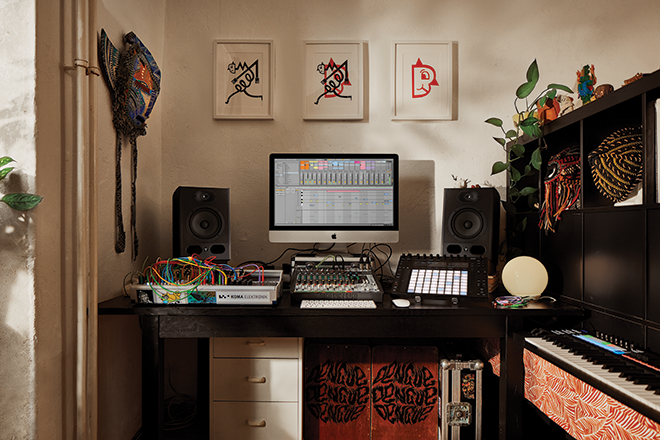 Disclaimer: It’s not exactly here just yet, but it is coming in January 2021. Ableton has just announced the 11th version of one of the world’s most popular DAWs. The last version of Ableton was released many moons ago in February 2018, back when our global definition of normalcy was, arguably, somewhat different.

The upcoming version is a major step-up from the last: it allows for comping, supports MIDI polyphonic expression, has various new devices and sounds — let’s dive into some of the new key features:

- Comping: One of the advantages that Logic Pro & Pro Tools had over Ableton Live 10 was their respective comping features. The new Ableton Live (finally) lets you make composite takes, allowing you to organize and structure your takes into the final perfect take more seamlessly
- MIDI Polyphonic Expression: We can now add bends, slides and pressure for each individual note in a chord, and edit all of those variables in Expression View
- New stock devices: Live 11 comes with a plethora of new plugins: Hybrid Reverb, Spectral Resonator, Spectral Time, as well as InspiredByNature and Pitchloop89 which were both developed as collaborations with — respectively — Dillon Bastan and Robert Henke
- New live performance features: Live 11’s new ‘Live Tempo Following’ feature adjusts the tempo of your live set based on incoming audio in real time, instead of having to follow the robotic metronome of the tempo source. Macro snapshots is another new feature that allows for us to easily recall the Macro parameters from previous setups
- New sounds: Voice Box (vocal samples & vocal processing Effects Racks), Mood Reel, Upright Piano, String Quartet, Brass Quartet and more

There are many other additions and updates to the Live 10 in the upcoming version of the software. Ableton is currently doing a 20% discount on purchases of Live 10 (all versions) that will come with a free upgrade to Live 11 in January.

Watch the video below to see the new features in action.