Welcome to The A-List — a curated selection of the finest in music, art, food, culture and fashion by all the extraordinary talent that call Asia home. Every month, the Mixmag Asia crew vet and vote on the very best brands, events and more to deliver a not-to-miss list that should help you shape your month.

What even is normal anymore? We’re not sure, but we know things will never be the same again (maybe that's a good thing...maybe the future will bring lower DJ fees, more local support and a newfound appreciation for the sustainability of our scene). In the same way that the A-List used to run you through the best in Asia each month, we’ve had to adapt — and so should you. As the music industry gets used to a life without dance floors, the strong are surfacing with innovative concepts that have made us stop and think, hey — maybe we’ll get through this ok. As for May, this is what we found to help you get through the month with your sanity intact. 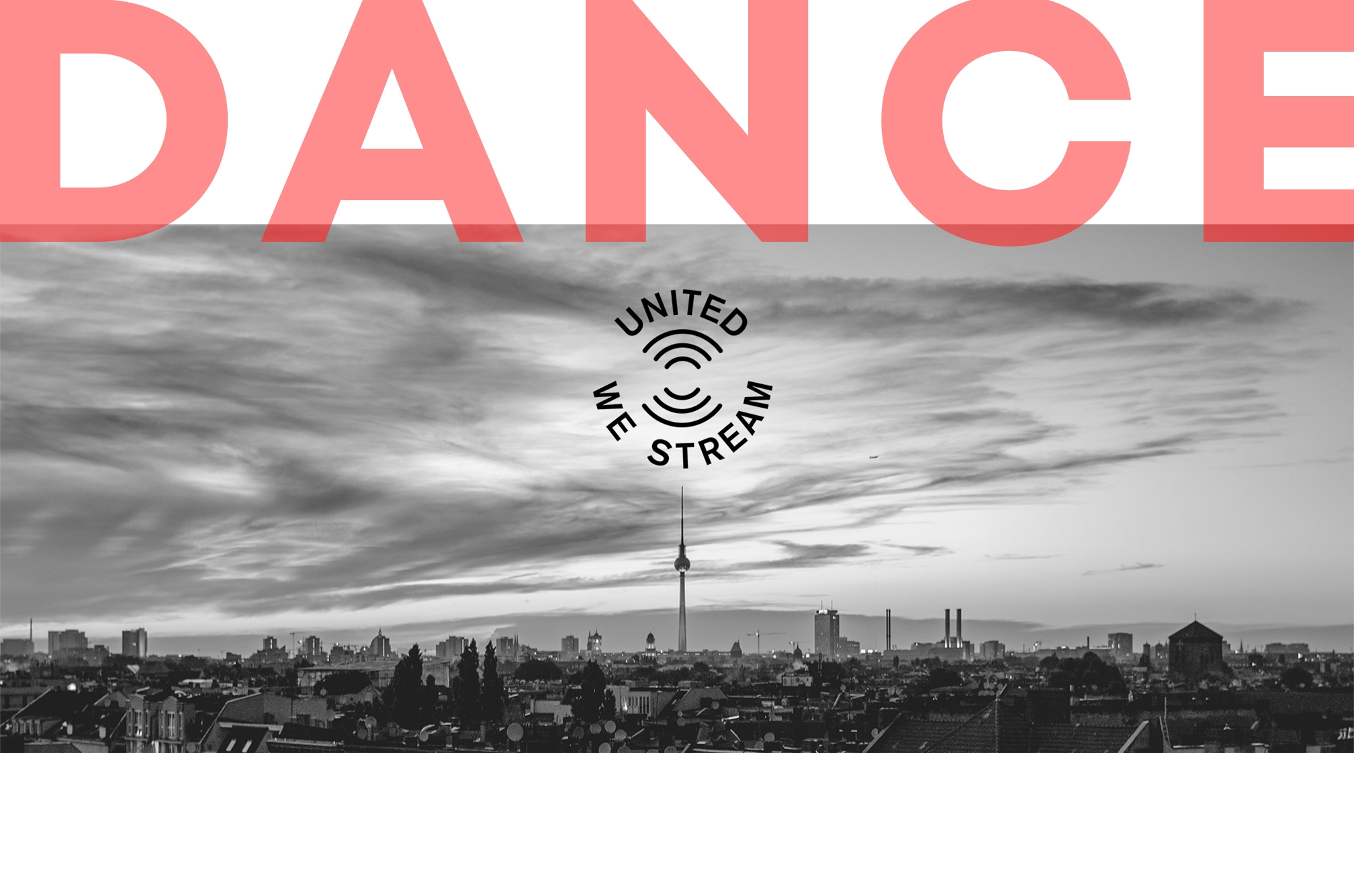 Music communities all over the world are facing one of the biggest challenges in music history — nightlife and live events as we know them have been shut down to prevent the spread of COVID-19. In Asia alone, thousands of artists and music industry employees are without work and the venues, clubs, festivals, club nights and parties that define Asia’s music community are on the brink of ruin, with most of them getting no support from the government.

Enter United We Stream. Together with ARTE Concert, Clubcommission Berlin and Mixmag Asia, the Berlin-based streaming platform will broadcast from Asia’s clubs to the world's, showcasing the entire range and diversity of this club culture scene on one channel to raise awareness surrounding the current situation. The initiative will not only unify Asia’s club culture but the world, building a community to support each other and giving a platform to showcase local talents to the rest of the world. To further its support of the community that sustains it, participants will be able to donate a variable amount through via a fundraising platform to support bars, clubs, pubs, venues, performers, freelancers and cultural organisations in need across Asia. Look out for more details on next week's launch here and hit us up to get involved by getting in touch at [email protected] 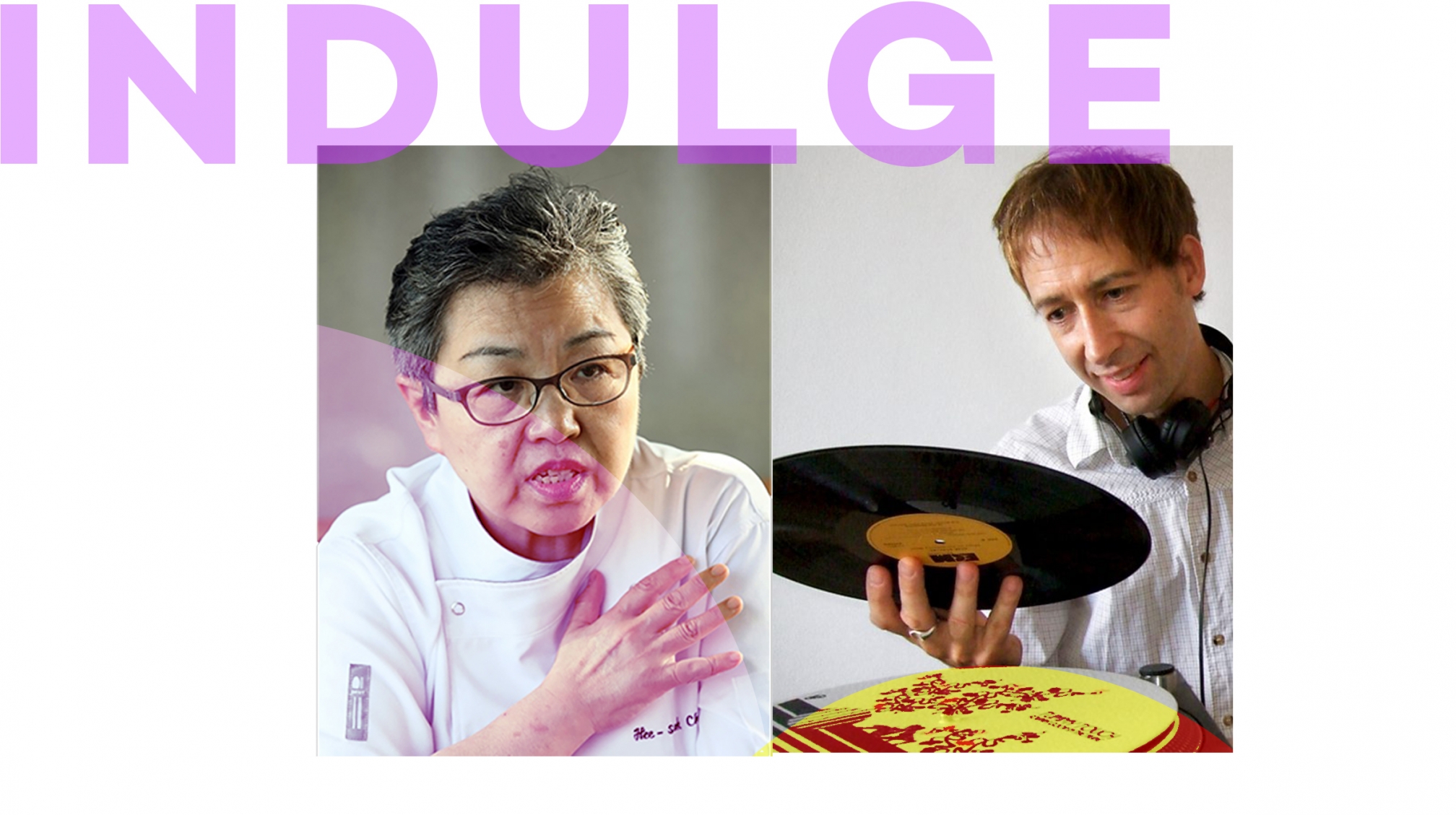 WHAT TO EAT From the makers of Wonderfruit, meet their food festival concept

Wonderfruit is delivering a mid-year fix for those in Bangkok, and it comes in the form of delivery. Their new concept is called Fruitfull and will be serving up dinner and a show — reimagined for the isolation era. Following in the footsteps of its annual brouhaha outside of Pattaya, Fruitfull shares the same ethos as Wonderfruit and apply the same conscientious and sustainable approach to dining as it does music — but still soundtracked by esoteric musical experiences.

The first series is called Lockdown, and just like Wonderfruit, the concept will consider the impact food has on our culture, society and the environment — but embellished with a little responsible hedonism. Fruitfull will be partnering with Asia's leading chefs, Michelin-starred kitchens, and online service partners to deliver interactive dining experiences, pairing in-person meals with private live-streamed programs that still put music front and centre, just a little differently. For three Fridays this month, chefs like Garima Arora of Michelin-starred Gaa, Chef Cho Hee-sook of Hangsikgonggan in Seoul and Yusuke Takada of two Michelin-starred La Cime in Osaka will be teaming up with British DJ and broadcaster Nick Luscombe, DJ Maft Sai and Suitman Jungle, a British drum' n' bass artist that is known for combining live drum 'n' bass, jungle beats and spoken word. He will recreate this experience for diners by asking them to gather kitchen utensils like pots and pans to orchestrate a group mash-up. For those in Bangkok, reserve your spot here. 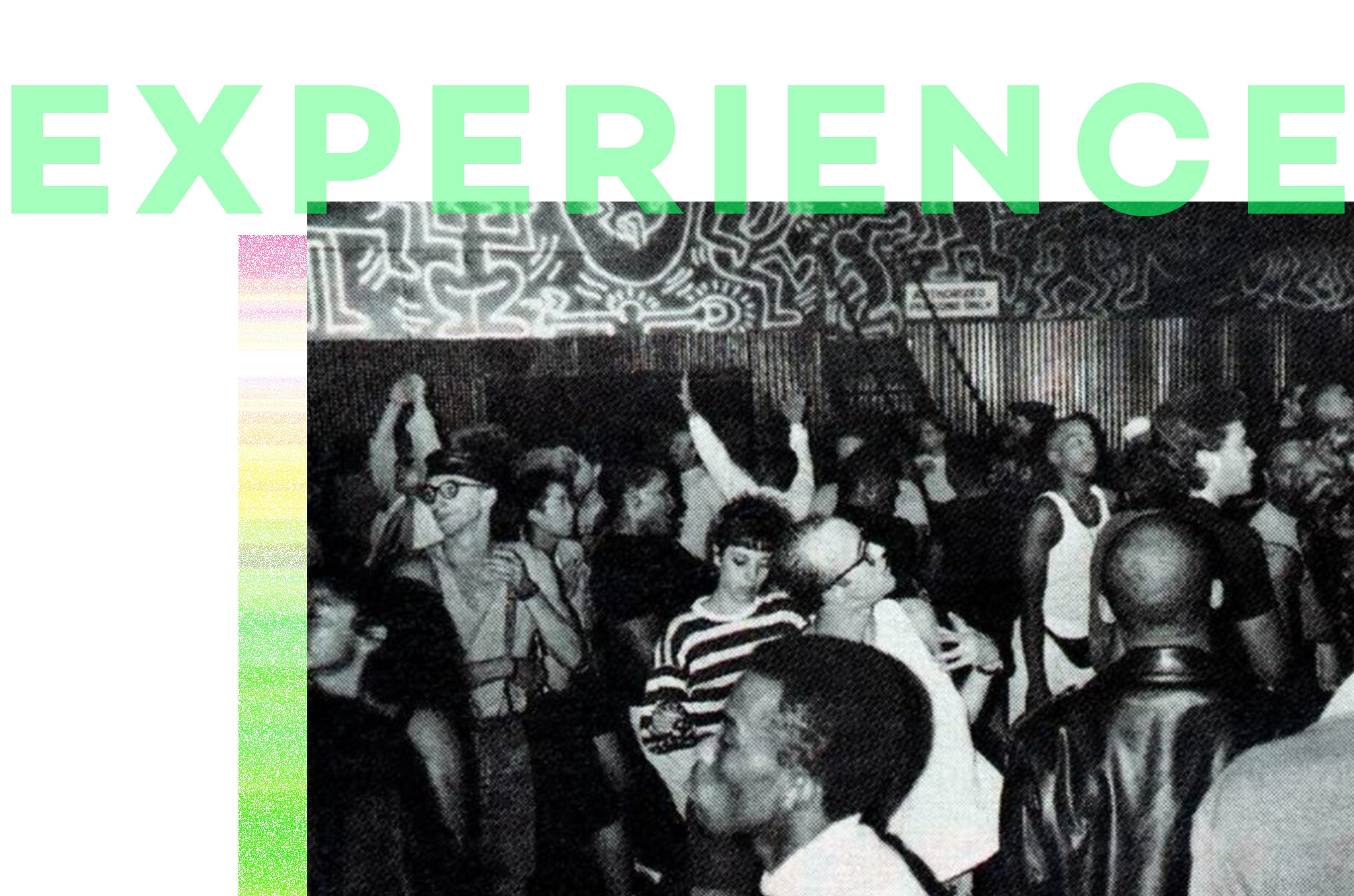 Steve Terry’s Wild Life Archive had just moved into its permanent home at Desa Potato Head in Bali and was just about to open its doors to the public when COVID-19 struck. Never one to sit around and wait for things to happen, Potato Head innovated and will be presenting the 4,000 piece collection online. Made up of ephemera, books, magazines and related artefacts that document dance music culture from its early origins through to today’s global scene, the collection will offer viewers a slice of culture dating back to the early 1970s during the heydey of New York disco, Chicago house, Detroit techno, Belgium new beat, Ibiza Balearic and UK acid house. Wild Life Archive will be released through Desa Potato Head’s Instagram and Facebook, and can also be viewed online as it is revealed. The physical exhibition will launch on-site at Desa Potato Head in Bali in early 2021. 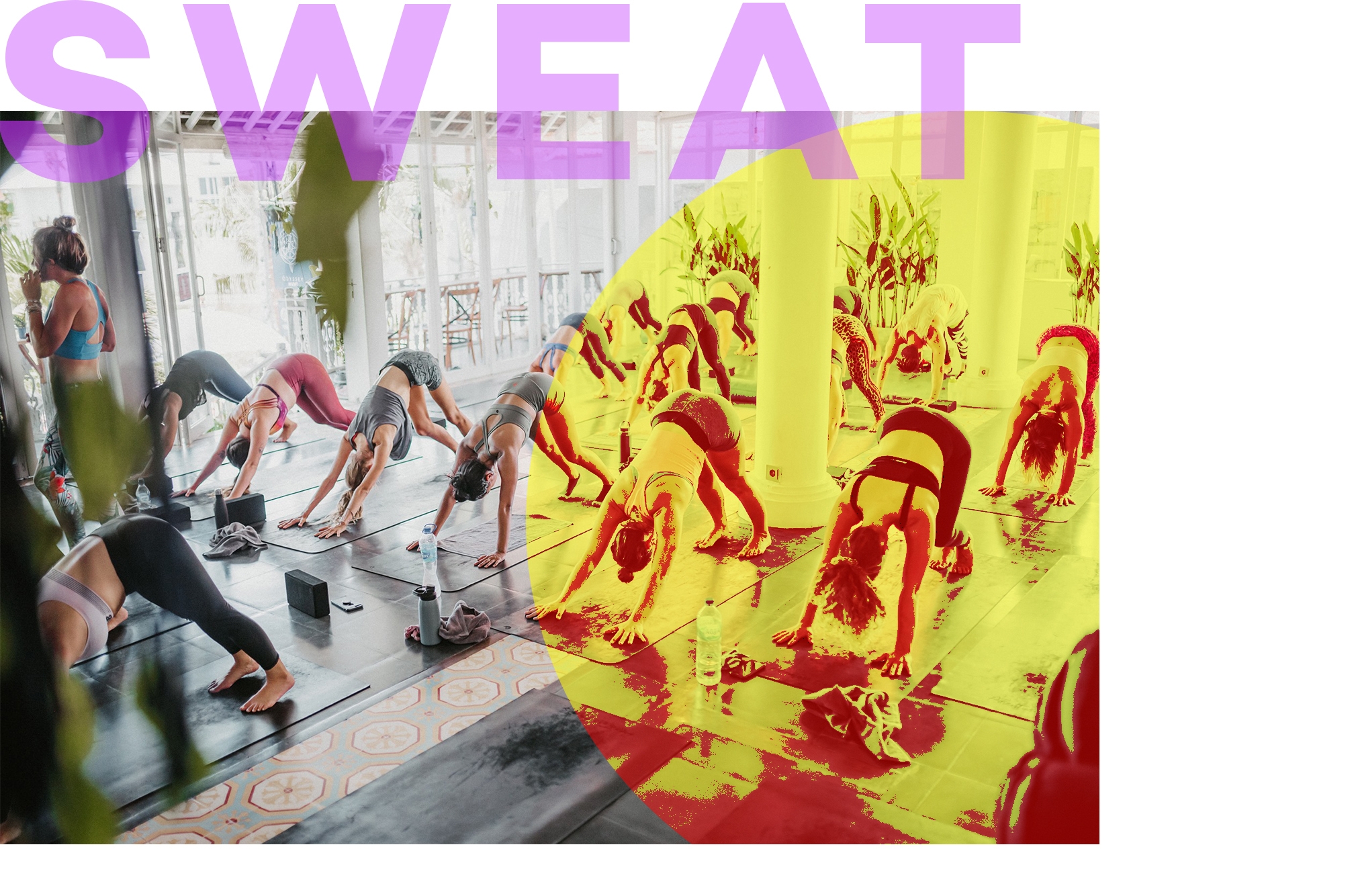 Odyssey is a sweaty, spiritual escape (it’s a gym, ok?) nestled along the shortcut in Bali. From its second floor, people flock from all over Bali to do yoga backdropped by sweeping views of rice paddies. In the basement lies a functional fitness studio that combines boxing techniques with HIIT workouts, strength and endurance training. Every Sunday, they mix it all up because Odyssey are swingers and they believe you can #gobothways. That’s the first reason we love them, the second being that their music doesn’t suck. Since it’s a class-based workout, you can’t wear headphones and are subjected to the musical taste of your trainer — and there is just nothing worse than being a music snob and having your workout ruined by an EDM remix of Wonderwall. Fortunately, Odyssey is an EDM-free zone, and we’re inclined to think that the trainers have been to a rave or two in another life. Sometimes, they even have DJs come and play. Well, when Bali began closing up last month, Odyssey developed an Odyssey Virtual program includes interactive fitness and yoga classes via Zoom (so the trainers can still yell at you if they see you slacking). And since Bali attracts visitors from all over the world, so does the gym and they’ve carefully timed their online classes so their cult-like community can join from Australia, the US, the UK and, of course, Asia. Yoga and fitness classes happen twice a day, are super cheap, and they’ll even send you playlists, too. Find the schedule and download the app here. 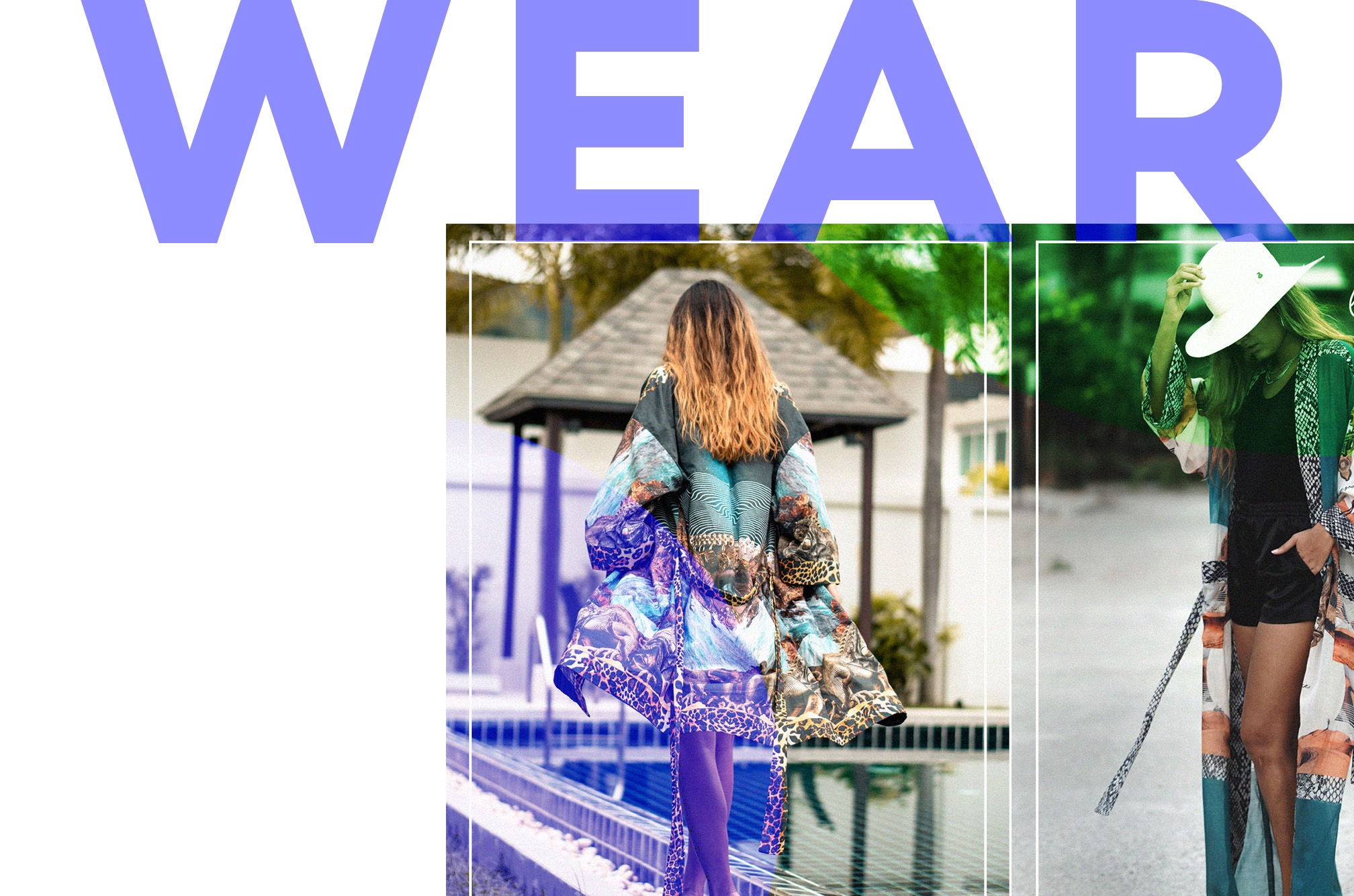 What to wear Your next festival outfit sorted

The ultimate festival conundrum — what to wear. Festivals are a time and place to be unapologetic when it comes to how you express yourself, and statement-making kimonos are having a moment for their versatility in accentuating any outfit. And for the last few months, we’ve been catching glimpses of DJs and promoters around Asia sporting kimonos that look like they were lifted off the walls of a contemporary art gallery. A little digging and we discovered that it was a new brand preparing to launch out of Phuket, Thailand. Aptly called LoveSauce, every piece in the debut collection is based on a piece of music that is connected with a label and artist. Initial collaboration includes one with master duo Audiofly and their Supernature label, Fake Mood and his Parallel Lives imprint and the Moroko Loko label by Amine K. The kimonos are made from an easy breezy chiffon and silk that’s been emblazoned with the artwork of its corresponding album, which was also designed by LoveSauce. The brand was brought about by three friends who share their love for music, art and fashion — and festivals. We expect to see the kimonos at events and festivals…soon. Follow them here for updates. 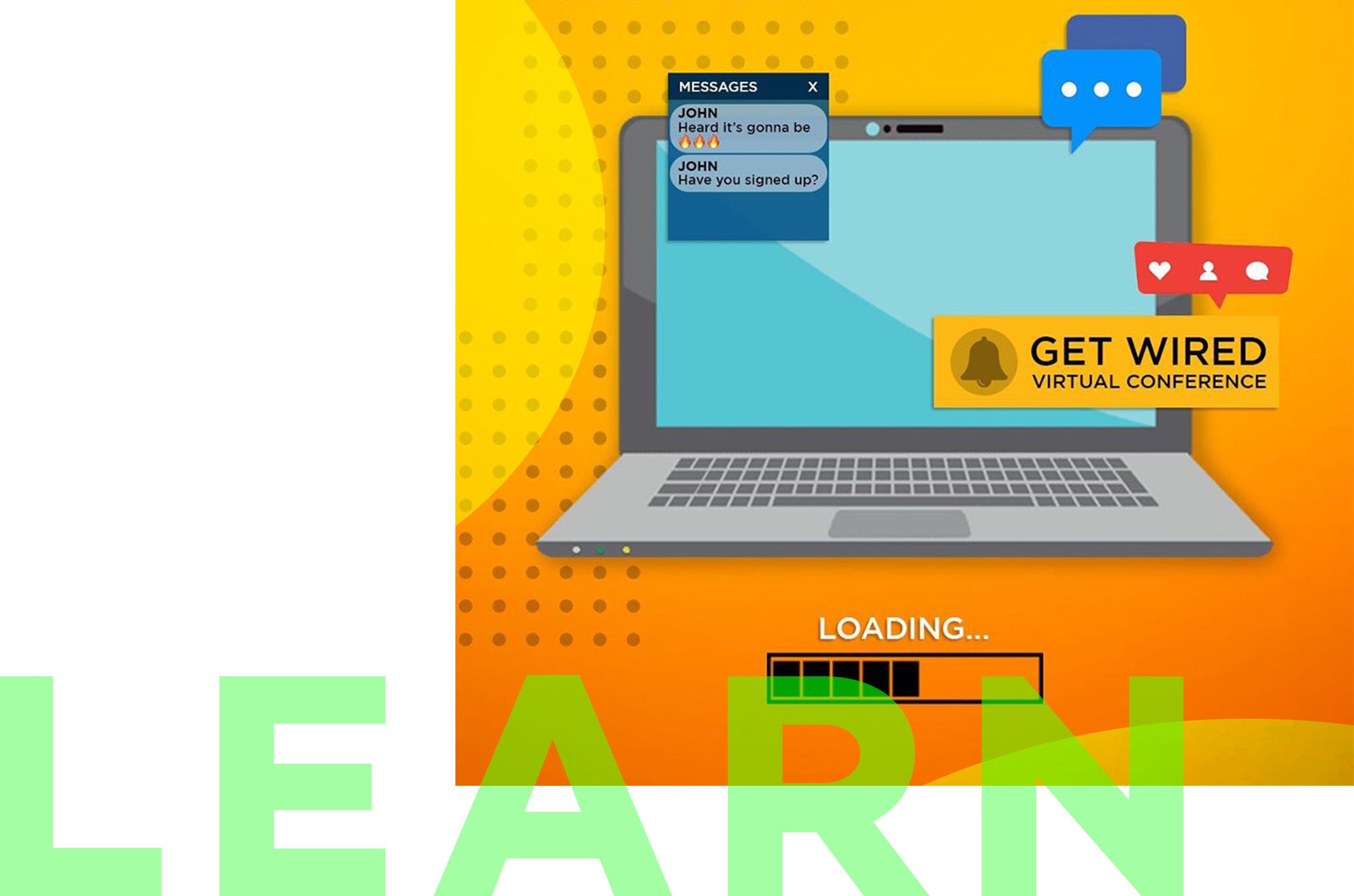 What to do Elevate, strengthen & love the new game through a byte-sized virtual music conference

Just before the world started ending, Kuala Lumpur was set to host Wired Music Week, a conference and festivals aimed at bridging the gap between the east and the west. Devastatingly, it was cancelled, but the organisers refused to accept defeat and have come back with a byte-sized virtual music conference. The objective of the first edition of the Get Wired conference will be to discuss the hard reset that the industry has been faced with, as well as the individuals that are part of it. "It's all about elevating the consumer confidence and strengthening the industry from within," say the organisers. "WE the ones who love and have so much passion for this scene will be the ones who rebuild its presence again — coming back stronger after this global pandemic."

The inaugural event will continue to inspire trailblazing conversations, the sharing of knowledge as well as creating opportunities for the electronic industry through its unique virtual conference platform. This will be done through panel discussions, keynote interviews, workshops and one on one networking sessions that will endeavour to break down borders and overcome some of the limitations that the current global situation has placed on the industry. Speakers include Didi Han (Artist, Korea), Paul Neuteboom (BrotherHood Music), Tia Lieu (1900 Le Theatre), Cindy Gu (Warner Music Asia), Stephen Dowler (Monstercat) and more. Get Wired takes place on May 21 & 22. You can find more information and take part here.