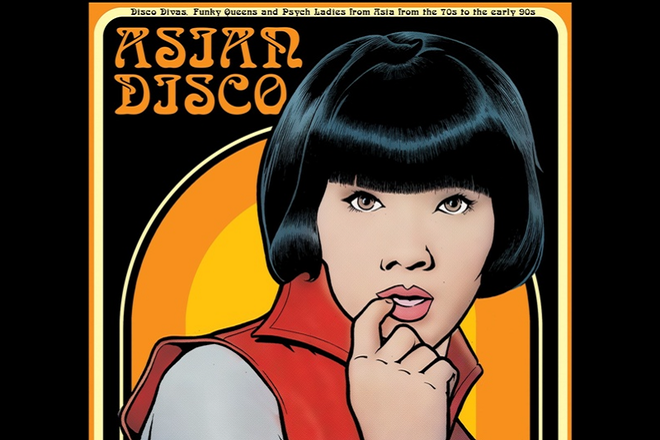 Aberrant Records excel themselves once again in compiling a selection of rare as hen's teeth numbers from all corners of Asia on their new 'Asian Disco' album.

Early last year, the label released a sought-after collection of Taiwanese disco jams that left collectors enamoured, and it's just possible they've outdone themselves this time around. In truth, the music included extends far beyond disco confines, taking in funk, psychedelic rock, soul and more, all the while indelibly marked by the respective Asian nations from where each recording originates. Sounds from Thailand, Taiwan, Malaysia, Singapore, Hong Kong, Indonesia and South Korea are all given space on the boldly inclusive record, and though the album's sub-header of 'Disco Divas, Funky Queens and Psych Ladies from Asia from the 70s to the early 90s' offers a fairly solid description of what to expect, the album still brims with surprises.

Thailand is well-represented on the compilation from start to finish. The country is infamous among diggers for the Thai funk sound that owes its inception to the US military's R&R presence in the country during the Vietnam War – when GI's introduced their soul heavy sound to a receptive local audience, who obligingly turned out their own unique interpretations on some highly-prized (and occasionally very good) recordings. Chantana Kittiyapan's 'สบายโก้' is a fine example of twisted disco-funk blended with the distinctive Isan phin guitar, and catapulting a good few decades into the future, 'เฮฮาสามัคคี' by XYZ is a particularly eccentric slice of fusionist electronic Thai experimentation.

Elsewhere, the rock-tinged fuzz guitar of' '不要圈圈' by Lei Si Si is sure to appeal to the stoners, while the mysterious mid-tempo groove of 'Hati Yang Sepi' by Yasmin overflows with eastern charm as psychedelic leads interplay with traditional instrumentation to provide an intoxicating bed for the sultry lead vocal. '愛的時候' by Wong Foong Foong is one of the most overtly disco-influenced cut, with lavish string sections powering over rolling bass, funk guitar and dramatic horn stabs. 'Dahaga' by Fathima Razak broods with exotic funk, starting out as something akin to Donna Summer's 'Love To Love You Baby', before morphing into a deliciously deviant and tabla-tinged progressive freak out. 'Hanya Semalan' by Grace Simon is another standout, with saucer-eyed synths soaring over splashing drums and tightly wound bass notes, and finally '지나버렸네' by Hit Girls closes things off in suitable style with its cheeky refrains, space-age synths and sing-along vocals proving to be perhaps something of a K-Pop precursor.

This is most definitely one for the serious collectors out there, and while some of the music may prove a little on the idiosyncratic side for some, there's a rich vein of creative gold coursing through the collection that ensures the vinyl won't hang around on shop shelves for too long.

'Asian Disco' by VA is out now on Aberrant, you can listen and buy it here