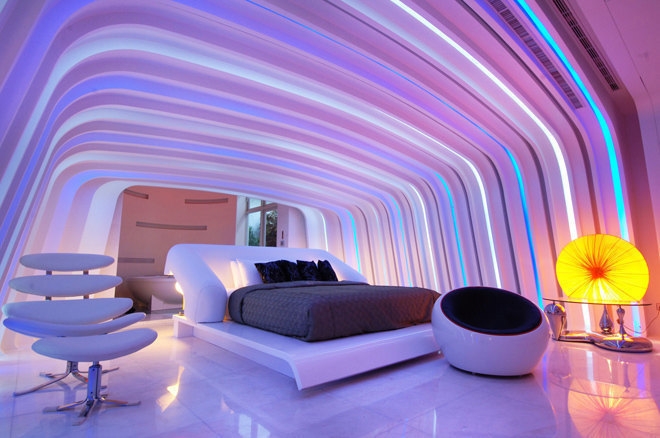 They say money can’t buy happiness but in Asia where your money goes a long long way and sometimes happiness is as fleeting as following up an incredible party with an even better afterparty it can and it does. Amongst all of Asia's charming idiosyncrasies lie a plethora of quirky locales that provide incredible backdrops for an insanely inexpensive DIY afterparty and we've rounded them up so the next time you find yourself in the Far East you're in the know. 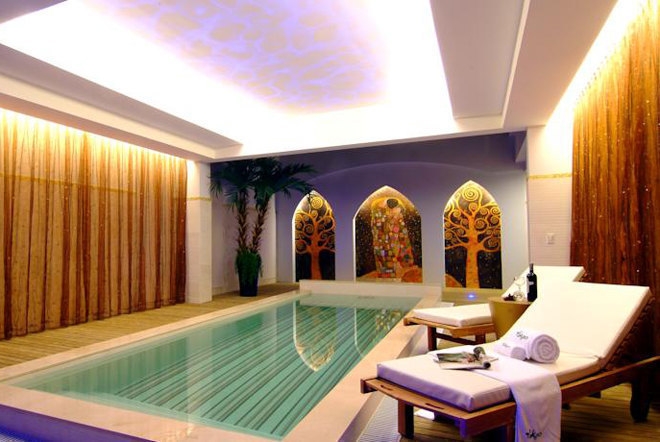 They’re not just for sex anymore. Outrageously themed and lavishly decorated, Taiwan’s high-end love motels were once a sanctuary for young Taiwanese couples looking for privacy (or for furtive partners looking to entertain extramarital affairs) but have now become popular among those just looking for a swanky place to party, especially expats armed with two turntables, a mixer and a crew that likes to keep going after the clubs close. Outfitted with intimate Jacuzzis to exotically illuminated swimming pools that can easily fit 20 and themed to embody anything from ancient Egyptian temples to movie set from Batman, Taiwan’s love motels provide the perfect backdrop for an extravagant after party as they can be rented by the hour, come with housecleaning so you’re not forced to wakeup in your own post-party mess and are fantastically private, discreet and soundproofed. Their popularity also mean that they are accessibly scattered all over the city, costing anywhere from around US$40 for 2.5 hours - US$200 for 12 hours to enjoy a more modest room to US$80 for 2.5 hours - US$500 for 12 hours to play in a 221 square meter luxurious fantasy playground at one of the more popular chains. When split a few ways, that's peanuts. Some rooms even come outfitted with vending machines dispensing sex toys and carousel ponies should the situation arise. 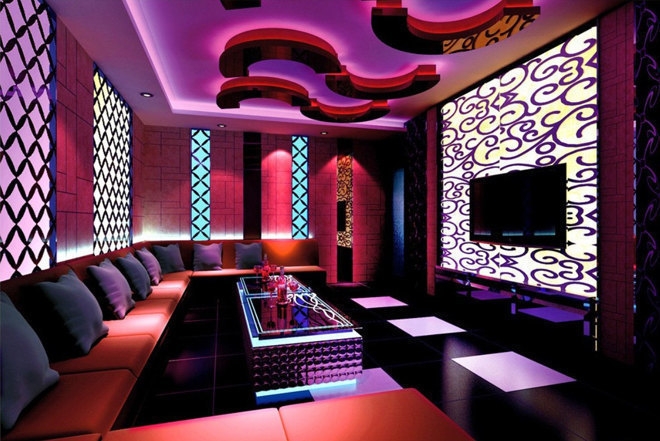 Most people can’t sing well, if at all. But everything changes after 100 beers when singing skills go from non-existent to Pavarotti, making Asia’s KTV (karaoke) rooms a fantastic option for an intimate yet raucous post-party endeavor where all your soloist shower dreams can come true. Nothing at all like karaoke night at your local neighborhood pub, Asia takes singing very, very seriously and modest to extremely elaborate KTV parlors are scattered around the region’s major cities, being especially popular in Japan, Taiwan, China and Singapore. Some even take up entire buildings with multiple lifts where depending on the time of day, you might find groups of students, families, businessmen entertaining or intoxicated youths endeavoring to keep the night alive. The often elaborately decorated private rooms (google Hello Kitty+KTV) can be rented by the hour, are usually open 24/7 and offer food, drinks, comfortable couches in an atmosphere not too far off from a club. Most are also soundproofed, boast powerful sound systems and have a catalogue of English songs – as long as you can handle belting lyrics from Oasis or The Lion King. If you’re lucky, you might also stumble into one that offers all-you-can-drink alcohol or even a bevy of ladies hired to provide company for you and your mates. And while we would never promote nefarious activities, locked doors, private bathrooms and staff who generally leave you alone unless you press the magic call button are our after party dreams come true. 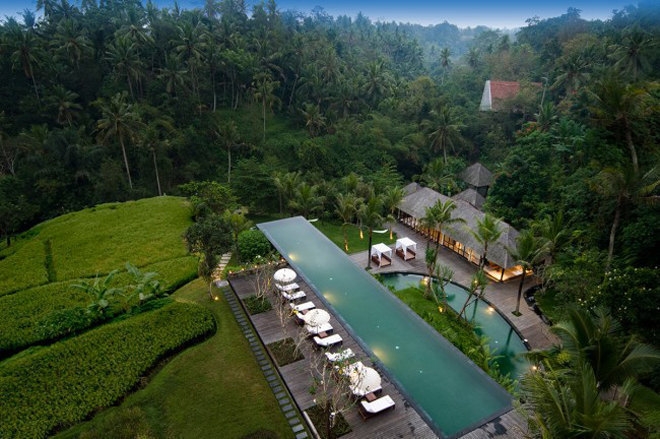 Ever dreamed of partying in a lux mansion surrounded by your closest friends and cascading rice paddies, waking up next to an idyllic pool with lunch made and zero post-party mess to clean up? Yeah we dream about that pretty much every day too, but in Bali this is real life. The Indonesian island is home to some of the cheapest and most luxurious villas in the world. Usually coming complete with a private salt-water pool, maid service, a personal chef, and a driver (so WHATEVER you want really), round up a few of your friends and you might never even make it to the club. There are even some promoters from around Asia who have been known to rent out entire communities of villas, set up decks and invite their international DJ friends to play at exclusive parties (afterparties for daaays). Prices range depending on what you’re looking for but you could easily score a 5 bedroom Balinese mansion that could comfortably sleep 15 for around or even less than US$500 a night (that’s around US$30 a head per night). Airbnb is your best bet for scoring the best deals and often the more remote villas costs less. And trust us, remote is good because you don’t have to worry about sound when your only neighbor is a monkey.

Recommended: You'll find what you're looking for on Airbnb

[image via: The Luxe Nomad] 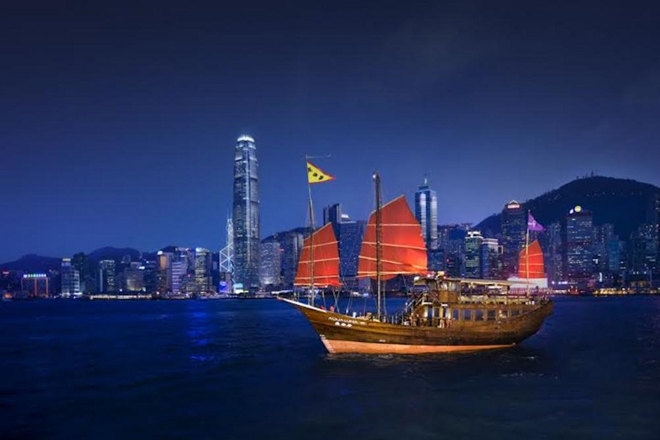 Hong Kong is a magnificent city that boasts staggering vistas of towering skyscrapers but with pristine beaches tucked into hidden coves just around the corner. With a bit of advance planning, you could actually head directly from the club to the pier and spend a day exploring all that Asia’s own City of Lights has to offer on a traditional Chinese junk boat. Actually, this has become the de facto name for all boats that hit the harbor but it also means that there are junks of all different proportions available for hire. Prices start at around US$350 for around 20 people all the way up to exorbitantly high numbers that mostly cater to Hong Kong’s high rollers and can hold hundreds of people on luxury yachts. Add ons like catering and all-you-can-drink is usually an option on all junks. Either way, DJs and dance music is always a good idea on a boat especially in Hong Kong where the vessels are typically bigger than the city's small flats that limit your afterparties to the number of people that can fit in a shoebox. Just be careful getting on and off the boats, I have actually seen a painful video of two CDJs and a mixer being dropped into the water during an exchange. 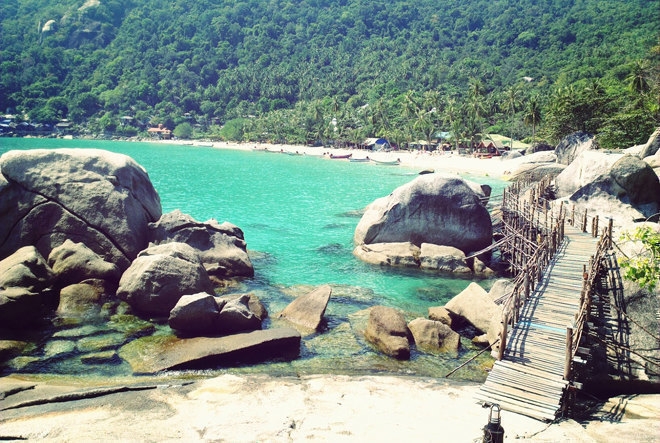 No, not full moon parties. I would like to think we are all a bit too old for that but if you find yourself moving around the south of Thailand, seek out a jungle party, hop in a hammock and ask nicely for a special shake (ahem). With the lack of accessible law enforcement around the islands and their less than stealth approach, it’s pretty much open season in those parts. That said, these parties still prefer to keep things clandestine and we want to respect that so we won’t publish any specifics but just ask around, word of mouth is the way. Also this may be a thing of the past, but we’ve heard of entire islands being rented out for parties on more than one occasion. As for Bangkok, with the cost of living being so inexpensive and an abundance of affordable and deluxe condominiums available, people tend to afterparty at home (or Dan’s house) with not too much happening in the city after dawn with the exception of police operated clubs like Swing.

[image via: A Bikini Kind of Day]