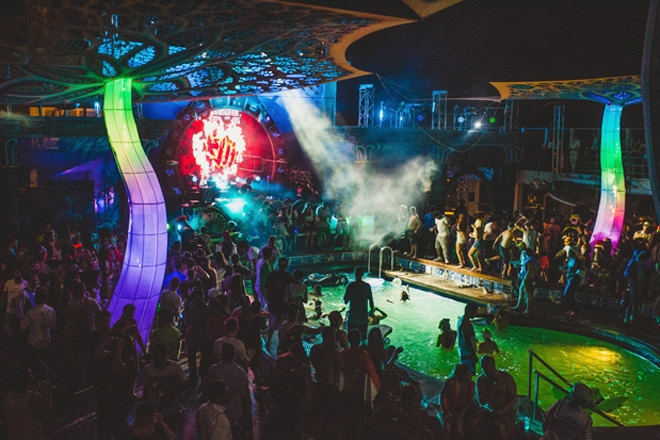 Shipsomnia’s maiden voyage took off from Singapore on January 2nd, docking in Phuket and again in Langkawi before returning to Singapore on the 6th. The ship was thematically outfitted with steampunk twist and nearly 2,000 Shipsomniacs adopted the same style throughout the 5-day cruise. Fueled by alcohol and high on nothing but proper music, people danced and powered through five very sleepless days and nights, kicking it with DJs like Pete Tong, Armand Van Helden, Zed’s Dead, Claptone, James Zabiela, Marky, Stanton Warriors and more. Those who managed to brave hangovers also took part in yoga with Yolanda Be Cool, a master class with Mat Zo and even a dodge ball tournament hosted by Kastle and Amtrac. Nothing really got too out-of-hand like we what hear about happening aboard our western counterparts (we’re well behaved in Asia), this is likely because the line-up was well curated for mature musical tastes and attracted fans of everything but EDM. But still it took a while to recover from the antics aboard Shipsomnia (and I bet my peanut butter and jelly sandwich there are 2,000 other people who struggled for survival in the days following disembarkation) but we’re alive again and taking you back to the five sets that really blew our minds and made us move. 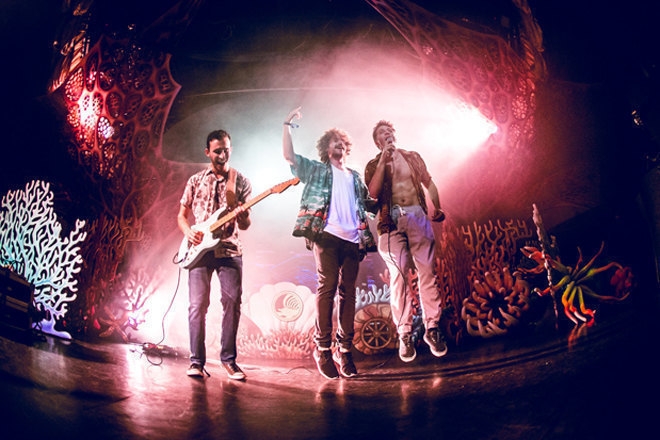 Justin Jay is everything that’s right about the coming-of-age generation of clubbers. Fresh out of university, the spunky young gun is impressively tied to the Dirtybird label so he was already on our list of not-to-miss sets even before we embarked. We were anticipating deep bass and chunky house and that’s precisely what he delivered. He looked up at the crowd from time to time and you could always make out a Cheshire cat sized grin from beneath his shaggy Mr. Mugs mane of hair. He was having a good time, we were having a good time – exactly the kind of party rocking performance you’d expect from a member of the Dirtybird fam.

But then the unexpected happened, he unleashed two secret weapons and changed the game. His two mates stepped on stage and one started strumming away on his guitar, weaving a dreamy kind of 70s sounding rock in with Justin’s relentlessly rolling house tunes while the other layered his hypnotizing vocals overtop of the rock ‘n’ rave that was already happening behind him. A few people actually stopped dancing, likely because their minds had also just been blown. The trio effortlessly combined the elements of music and friendship and whatever you do in 2016, makes sure you find yourself on their dance floor, even if they render you incapable of dancing. Standing mouth agape is a good thing too. 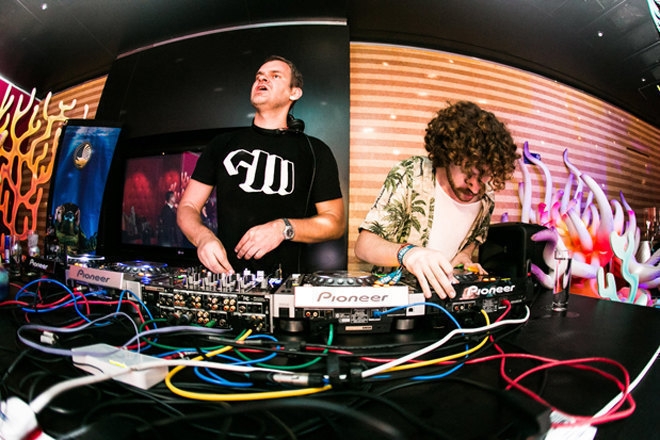 Oh yeah, you read right. The most unlikely of unions ended up being the most liked. It was a private party, no more than 50 people at its peak but good times were had from start to end and that’s because the selection was from the feel good 80s and 90s. The trio seamlessly ran the gamut from Madonna and Fleetwood Mac all the way through to The Commodores and Sade, with all of the DJs getting out from behind the decks and working the dance floor with all the new homies they’d made. It felt like someone’s basement house party with a whole crew of friends that go way back. The venue only contributed to that vibe, it was a small late night disco deep in the belly of the ship and you could almost picture your quintessential middle-aged cruise crowd having the time of their life there just a week before probably listening to the exact same tunes – and that’s why we loved it. 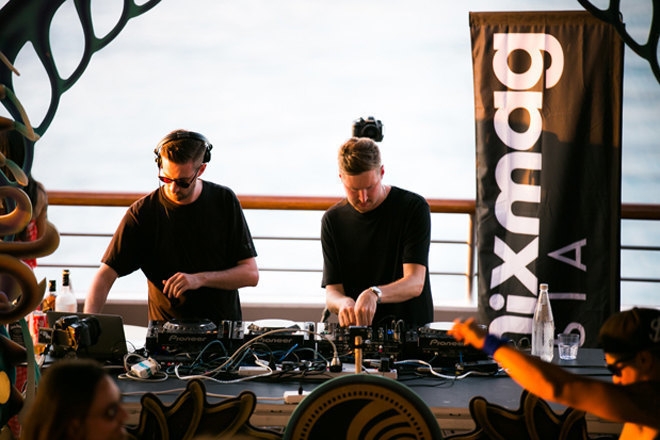 In an industry that spends much of its time in nightclubs, we usually catch more sunrises than sunsets. So when Amtrac, Kastle and Treasure Fingers found themselves together and tag-teaming on the stern of the ship at sunset, their back-to-back-to-back set unfurled into their surroundings and the crowd relished in every minute of it, sneaking away from the dance floor (deck) only to snap shots of the sublime sunset. The trio kicked it off simply and appropriately, keeping the bassline smooth with tracks like Beach Mod (Keep It Simple) by Ikonika and Jessy Lanza yet managed to make it sound perfectly normal to segue into a bouncy set reminiscent of the late 90s and pummeled out booty inspired house and UK funky tracks. It was dark by the time they wrapped things up and few DJs would be brave enough to throw down Fake Blood’s 2008 anthem Mars but this was back-to-back mayhem so they did and it made for perhaps the most memorable moment of one of the most memorable sets. We knew this was going to be a set for the records and so we rightfully picked it for our lone live recording aboard Shipsomnia and you can relive it on Mixmag Asia in a Live Session coming soon. 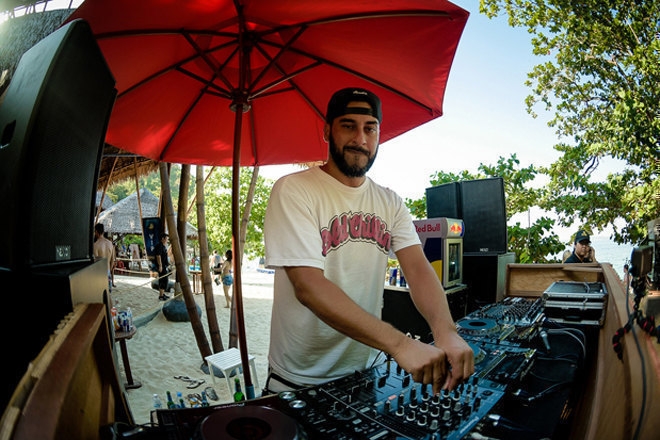 It’s true that everyone loves a beach party but this particular one was so epic, it might be worthy of calling it the best moment aboard Shipsomnia…except that everybody was off the boat and whisked over to nearby Coral Island in Phuket. It was probably also one of the few times that all Shipsomniacs were out in full force together and when Armand Van Helden took to the stage, he turned the sandy shores of Banana Beach into a daylong dance party. Known for oft throwing down classic sets, he delivered standout show full of nearly all the house anthems that have been in vogue since the 90s. Whistles and cheers erupted from a euphoric crowd every time he played something they could sing along too and he provided plenty of that. Highlights included Mousse T’s Horny, DJ Funk’s Every Freakin Day, The Bomb by the Bucketheads and for the people in the crowd, there was magic in the air when Music Sounds Better With You was dropped. With a backdrop provided by the pristine waters of the Andaman Sea, there was hardly a more buoyant moment at sea. 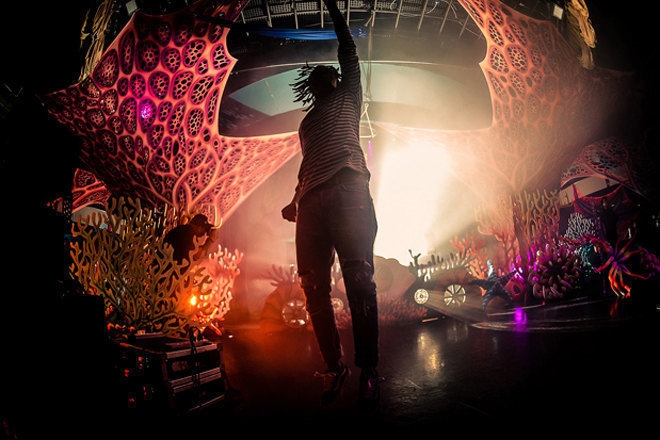 This guy is legend. I mean this in so many ways. For starters he gave us this incredible interview full of one-liners and words of wisdom and then he goes and does all this crazy shit on stage. If anything he made this list simply because it was honor to be in his presence but also because he just killed it. It was one of the few onboard performances where people barely even left for drinks; it was jamming from first to last song. Even after a short delay getting started, a change of stage and a bit of radio silence, nothing seemed to faze him or the crowd. Everyone just kind of hung out and waited because they knew what was coming. I won’t pretend that I wasn’t surprised when he kicked off playing Major Lazer’s Lean On but now that I think about it, of course he did. This is a seasoned DJ bound by no genres, who intersperses LL Cool J with Jackson 5 and Robin Thicke, and then beat juggles Super Mario samples. A powerful performance amped up even more by hype man Dayne Jordan who freestyled over Jeff’s genre spanning anthems has left us drooling over the news that we’re probably going to see him again this year. But this time with Will Smith. 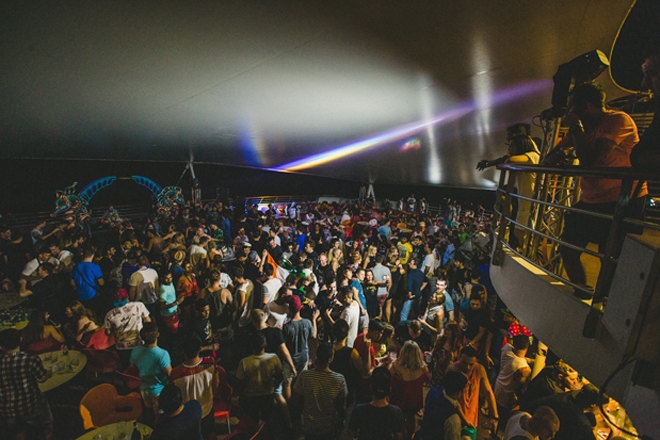 An honorable mention goes out to SanXero who got all the good vibes playing one of the first sets on the cruise and really kicked the party in motion. Being the only stage open as Shipsomniacs settled themselves on board, they all flocked to the back of the boat and it was game on. SanXero even had Jazzy Jeff and crew kicking it backstage as he threw out Masters at Work classics and mixed them up with more upfront stuff like man of the moment Black Coffee, as well as his own edits of songs like Rescue Me (Crazy About Your Love).

Now we’re having withdrawals and already looking forward to the next chapter of Shipsomnia – Tale of the Kraken.