When we first began talking with Sara Landry about being the first artist to feature on our freshly revamped Yum Cha Chats (taa daaa), she immediately asked if she could talk about the women in the music industry that inspire her, “because I think it’s important that the music industry begins to highlight women for their talent, their beliefs, and the good they do, rather than how hot they are.” We couldn’t agree more; the topic is one that is paramount during a time where more and more music figures are pressing for industry-wide change surrounding the equality and treatment of women in dance music.

In the time and space that followed the 2017 (and still ongoing) #MeToo movement, the music industry was not spared. Allegations of sexual misconduct against women started surfacing, with Mixmag running an exposé on the late Erick Morillo where nearly a dozen accusers came out with accusations of rape (which went on to win a Drum Award for Best Campaigning / Investigative Journalism).

These issues extend beyond just sexual misconduct however to misconduct in the general treatment and perception of women in the music industry with gender inequality in places like line-ups and pay gaps becoming a growing conversation. “I think we are in a transition period (much like with the rest of society), wherein things are beginning to change, but they aren’t fully there yet. It’s up to the women in this industry to band together, protect each other, and keep pushing for equality and safety. We are stronger together than we are alone.

“The best thing women can do for themselves is own their power and stop apologizing for the intensity of their presence or how much space they take up!”

Sara uses her music to raise her own kind of awareness surrounding the power of women in music while bolstering those in her community by providing established and aspiring artists with a like-minded platform to share. Her music is even described as a “dark, driving, and divinely feminine brand of industrial techno.” But dark and driving aren’t terms that you would often see placed next to divinely feminine, so we asked Sara to elaborate on what this means to her.

“The divine feminine is soft, but fierce when necessary,” she explains. “It represents power and intensity in a way that is less aggressive than the divine masculine. Divine feminine encourages creation, self-exploration, intuition, sensuality, compassion, and sisterhood, among other things. All of those things are very important to me, as they are states that I had to learn to peacefully exist in/connect to as I healed from my own traumatic past that left me disconnected from my inherent divinity.

“It was only after I began to cultivate divine feminine energy in my life that I had the creative breakthroughs necessary to cement my sonic fingerprint and birth my record label, achievements that, to me, signal the dawn of a new era of my career, in which I am in full control of my art and the experiences I create.”

She says that the feelings and traits associated with divine femininity are a large part of the ethos of her label HEKATE, which was created in the image of the Greek goddess of witchcraft and wild places as a space for her and other producers — especially other women — to create, express and feel freely.

“My goal with HEKATE is for it to be a home for others whose music has the same juxtapositions that mine does: hard yet soft, intense yet beautiful, grounding yet uplifting, all simultaneously.

“My music is like me: at once chaotic yet controlled, powerful yet vulnerable, sensual yet intense, and often feels otherworldly.

Get a feel for her music yourself via her latest remix of Rudosa’s ‘Passive Submission’ here and read below on Sara Landry's five role models in music...that happen to be women. 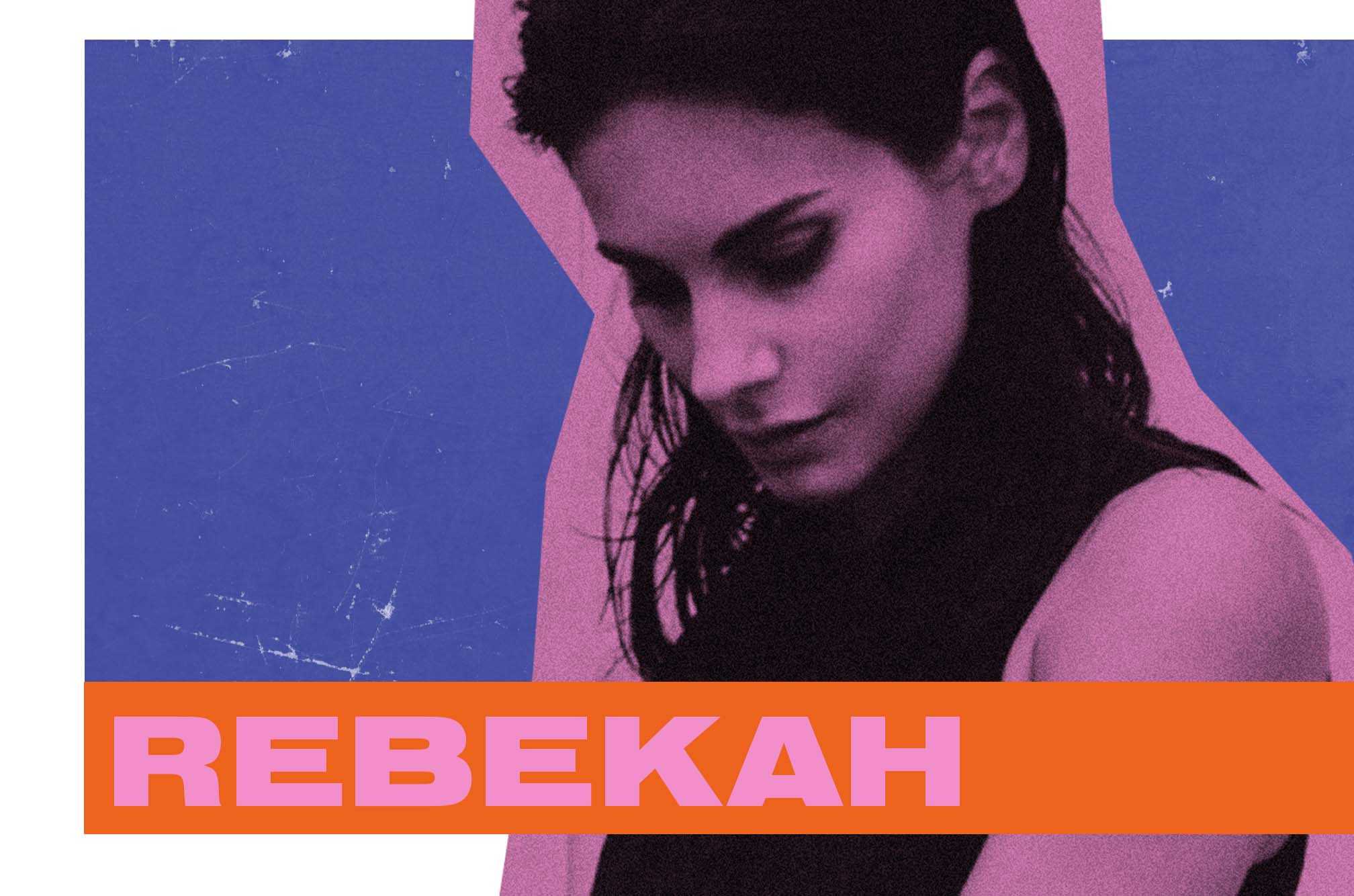 "Rebekah came to mind first for me when I began thinking about these questions because of her response to the (many) sexual abuse scandals that came out last summer. She launched her #ForTheMusic initiative, which aims to give women in the industry a space to tell their stories and advocate for removing abusers and creating safer spaces. I have supported #ForTheMusic from the beginning, and had a wonderful chat with Rebekah last year about both of our experiences and how we can affect change. In addition to her activism, she is an incredible producer and label boss, and I admire her greatly for both her desire to make things better for other women and her willingness to be open about her darkest experiences, in the hope that her stories might help others or make them feel less alone. It is not an easy thing to do, especially when the men who allowed this behaviour in the first place are watching. Thank you Rebekah for the work you do to make this industry a safer place for all of us." 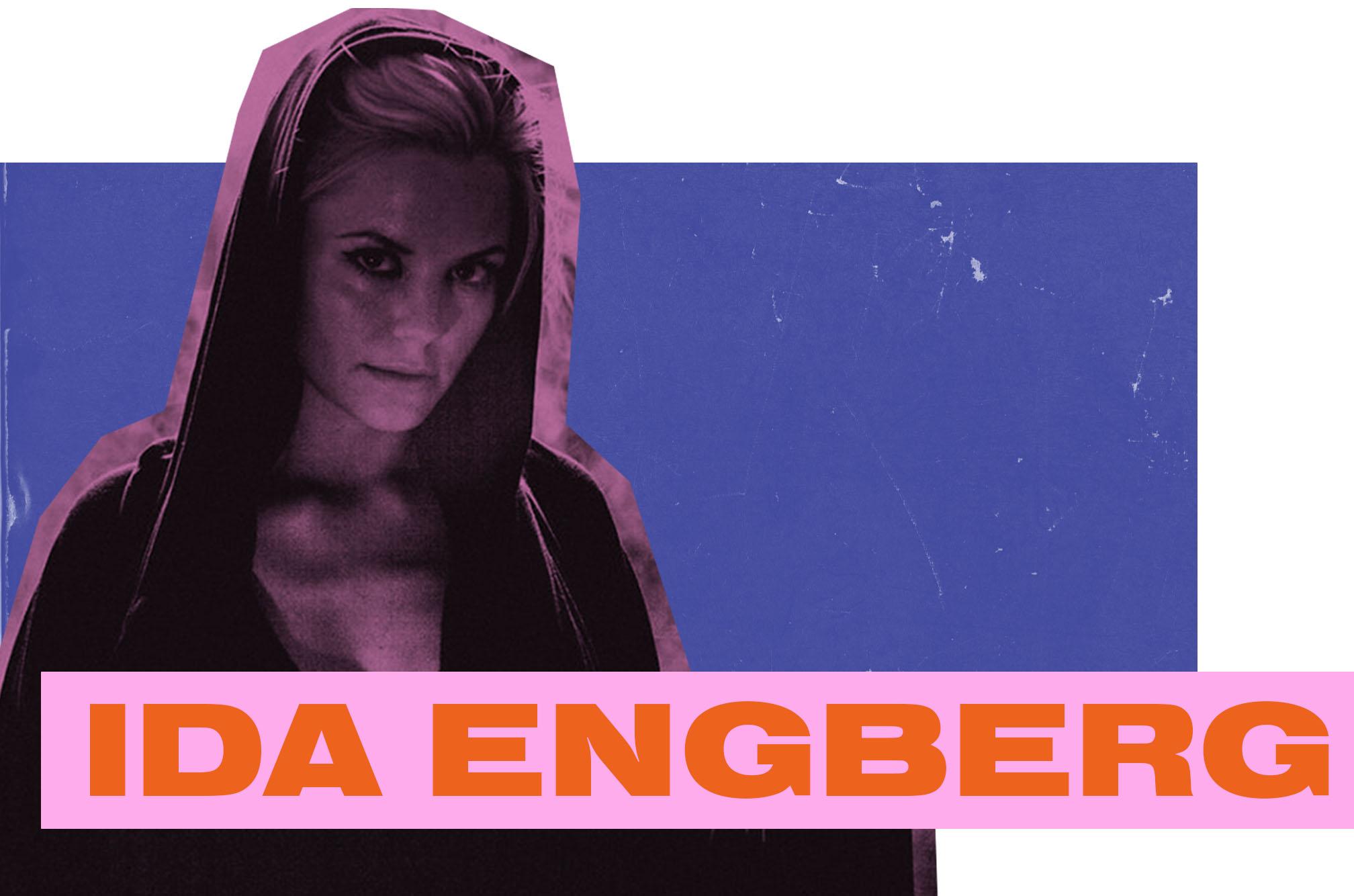 "Ida Engberg also came to mind, specifically for her environmental activism and her use of her musical platform to draw attention to climate and indigenous rights issues, like she has with Chevron’s crimes against indigenous people and their advocates in the Amazon rainforest. Ecological activism is incredibly important, as we all only share this one home planet together, and I really admire her for using her voice and significant platform to advocate for causes and individuals that have less reach. In addition to her environmental activism and her musical talent, she is a wonderful painter, and I—an avid art enthusiast—love her work and how it makes me feel. Thank you Ida for using your time and your voice to fight for this planet and everyone on it!" 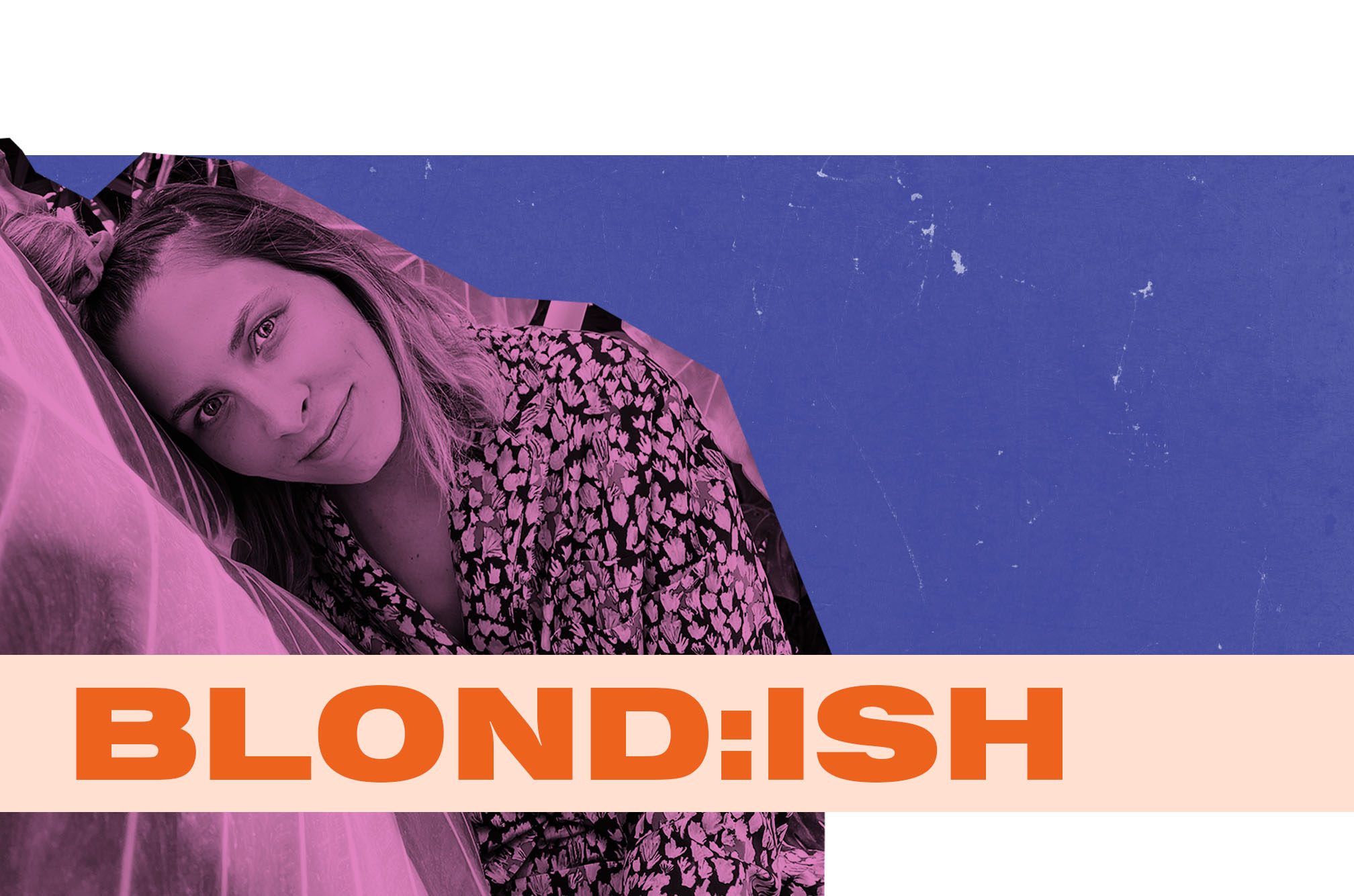 "Another leader in environmental activism, I greatly admire BLOND:ISH for her commitment to make the nightlife industry a greener place. In addition to her beach cleanups, she is a co-founder of the Bye Bye Plastic initiative, which aims to end the use of single-use plastics in the music industry.

I’m not a fan of plastic; the amount of plastic left over after festivals always makes my heart hurt and I feel guilty whenever I have to use a single-use plastic product, so I was overjoyed when a friend shared Bye Bye Plastic with me a while back. After reading through the site, I was so inspired that I immediately added a “no single-use plastics, please” clause to my rider, which remains there to this day (and will stay there until the problem is solved). Thank you BLOND:ISH for choosing to lead in this way and helping make our industry a more conscious space." 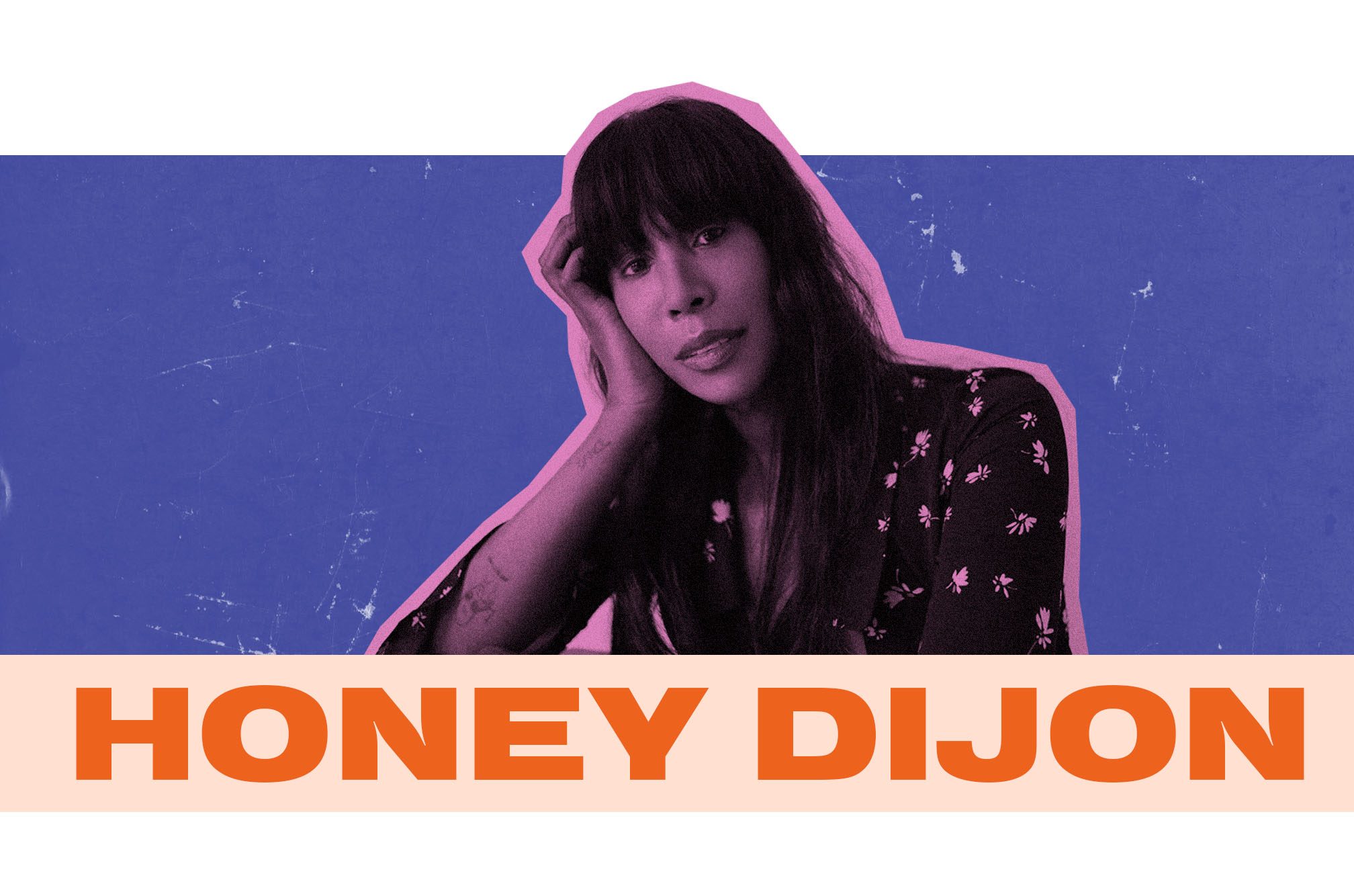 "I’ve always admired Honey Dijon. What talent, what force, what beauty, what personality she has! When I was at Ableton Loop 2017, I attended a Q&A session with Honey Dijon and left the session incredibly inspired by her and her tireless advocacy for trans rights, LGBTQ rights, women’s rights, and the inclusion of more BIPOC women in the upper echelons of the industry. In addition to her activism, I am always in awe of both her unique talent and her unapologetic self-expression. I admire all women who blaze their own paths and do things that are authentic to them (regardless of others’ opinions), and Honey Dijon certainly does that, always bringing a unique energetic and sonic experience to everything she does. Thank you Honey for reminding me, years ago, that breaking the mould is a good thing." 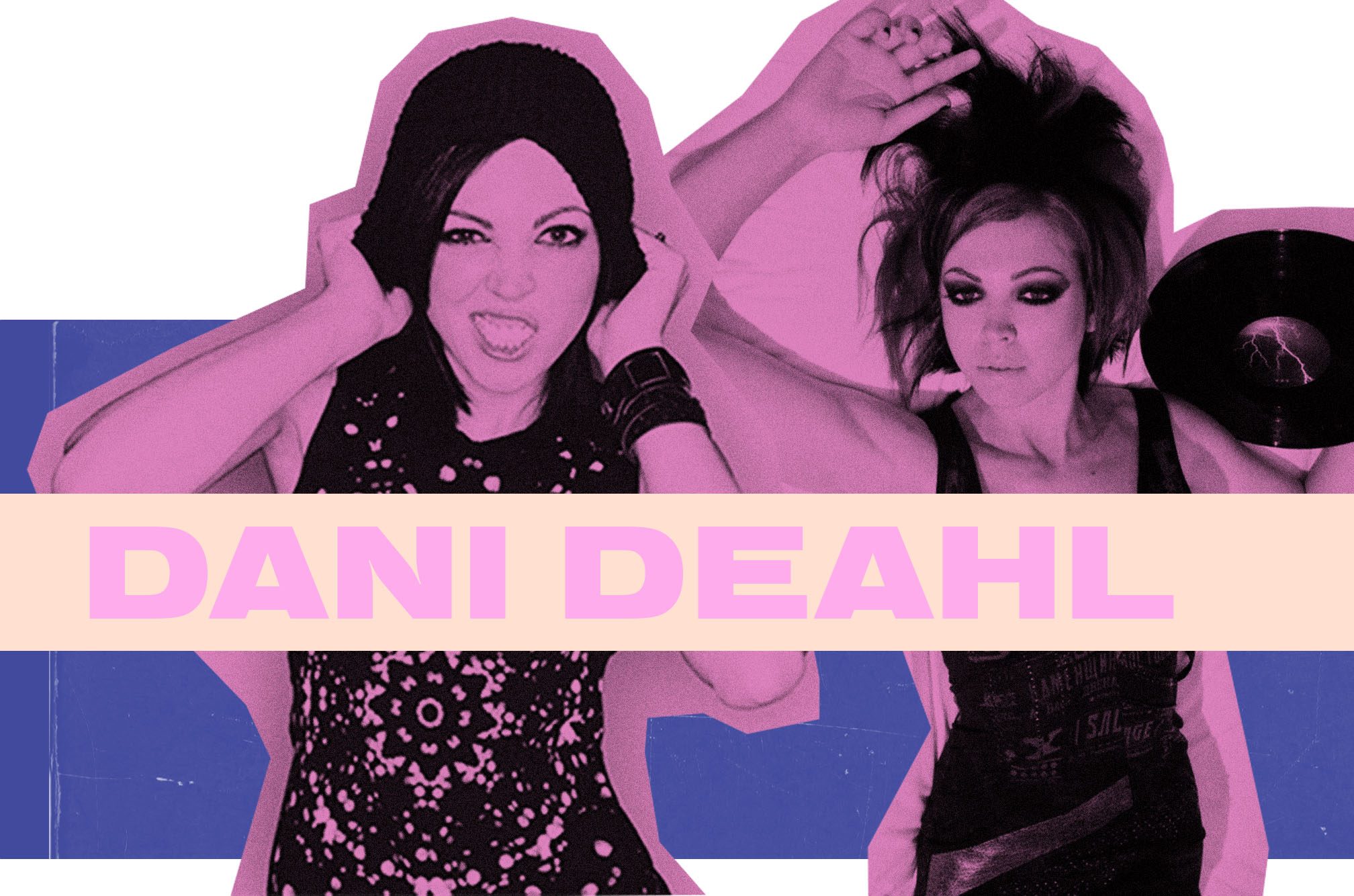 "Dani Deahl is a US-based music tech journalist, producer, DJ, and all-around incredibly inspiring woman. In the few years since I began following her, Dani has climbed the ranks at The Recording Academy/Grammy’s, and is now the President of the Chicago Recording Academy chapter, in addition to being the Editorial Director at Output. In her position at the Recording Academy, Dani advocates for the greater inclusion of women, BIPOC, and LGBTQ artists in the industry, as well as leading Output panels on mental health within the music industry. She is incredibly knowledgeable on a variety of music tech topics (her piece on metadata that she wrote for Verge is incredible), tirelessly strives to educate young producers and DJs to help them make mindful career choices, and constantly advocates for safer, more inclusive spaces. Thank you Dani, for all of the wonderful things you do!"