When your mother is a teacher and your father is a rocket scientist, there is very little room for indolence. How does a kid who makes a living producing glitch hop and DJing in a cheeky purple dinosaur outfit, live up to these sky-high expectations? David Wang, also known as Mochipet, tours the world, has been featured in a video game with the Beastie Boys, and has had his songs played at Carnegie Hall by a 20-piece orchestra.

Over the years, Mochipet has made and released a staggering amount of music. In that time, he’s also been enamoured with a mythical dinosaur from Japan.

“I saw my first Godzilla movie when I was around 10 years old in Taiwan. I think my cousin showed it to me or something. I actually didn’t like it at first. I didn’t understand why Godzilla was destroying Japan and I didn’t like that it was in black and white. It was not till later in my life I began to appreciate Godzilla for its representation of the human need for control and the Atomic Bomb that devastated Hiroshima and Nagasaki and destroyed many lives during World War II. Godzilla is a constant reminder of man’s need for control which usually ends in death and destruction."

“I started dressing up as Godzilla because the first release off my label Daly City Records was titled ‘Baby Godzilla.’ Before the release party, I went to visit one of my friends. She had a purple Godzilla suit in her closet and suggested I wear it for the show. I thought it was funny so I did. Everyone loved it so much it became a thing. That original suit has been through several European tours and over a dozen in the U.S. It’s seen better days but I keep it as a memorial.”

Music-wise, Mochipet has been doing a lot during lockdown. “I don’t know why but having a newborn really spurred my creative spirit. He’s my first child and it’s nothing like I have ever experienced before. It’s a crazy feeling. I have already introduced Godzilla to him and he seems to dig it. But he’ll probably hate me for all the Godzilla stuff later in his life.”

Now Mochipet introduces us to all his favourite Godzilla films, as well the ones he loathes. 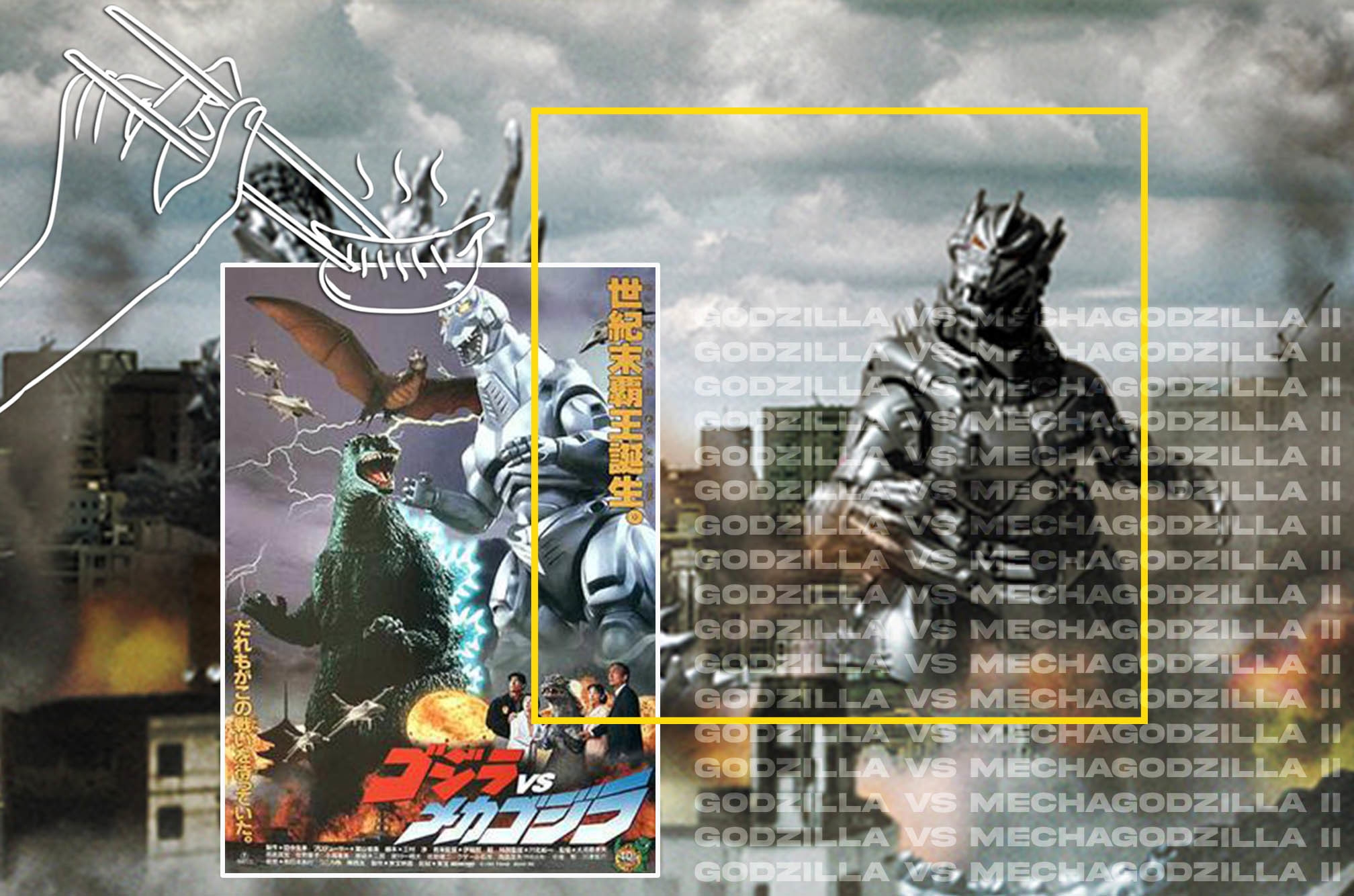 The number one Godzilla movie for me right now is Godzilla vs. Mechagodzilla II from 1993. This is where Baby Godzilla makes a first appearance. I don't necessarily think that this is the best Godzilla movie overall but because I just had a newborn baby of my own four weeks ago, I am partial to this film. This movie also tackles the issues of depression and anti-bullying awareness which I think are important things. Besides, in this movie they discover Godzilla has a brain or central control mechanism in his butt region and they spend the movie trying to blast his ass. I mean how cool is that? 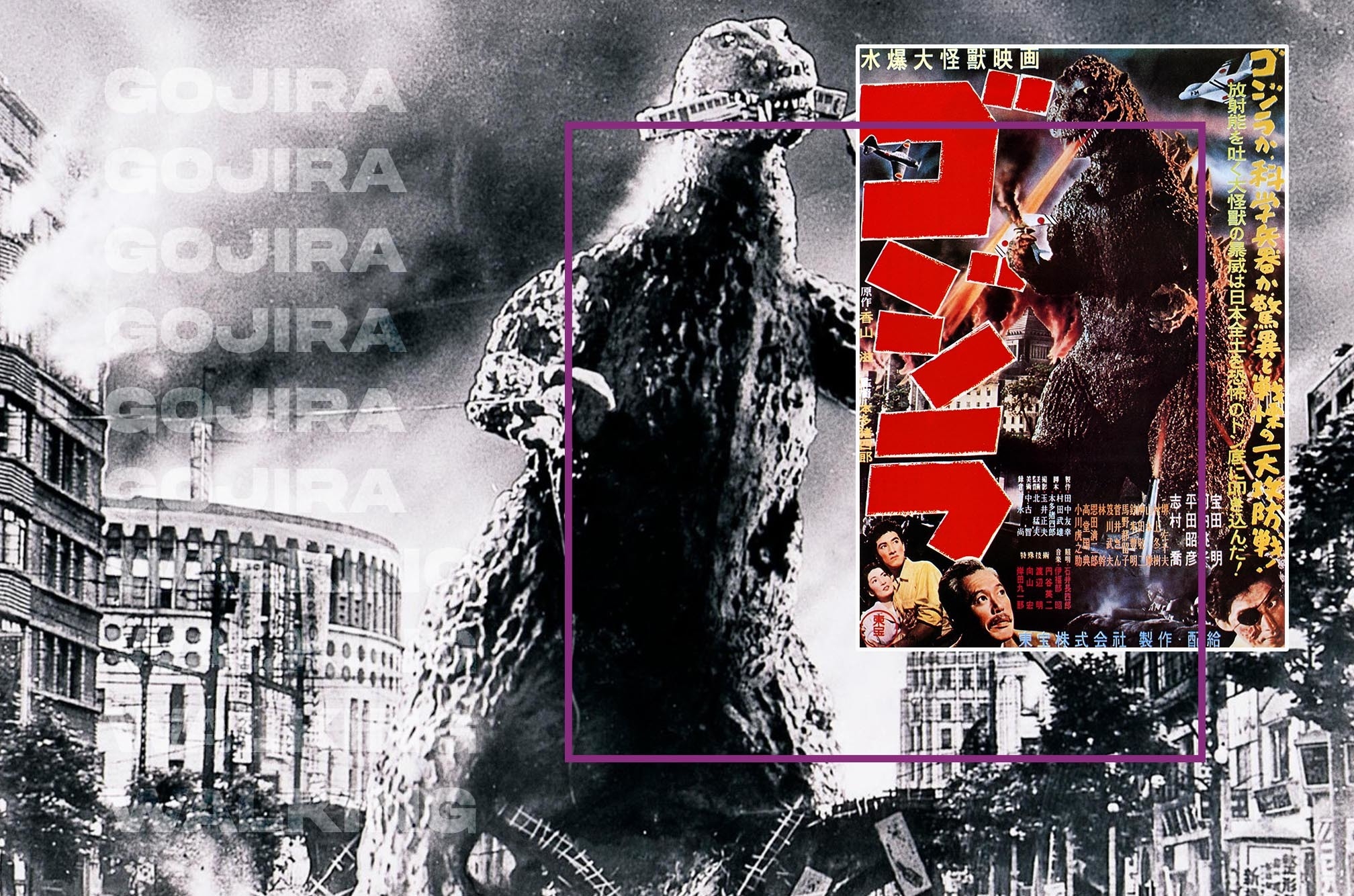 Gojira is the original Godzilla movie and by far the most iconic of them all. It also features the music of Akira Ifukube who created the famous Godzilla roar sound. He did so by rubbing a resin-covered leather glove along the loosened strings of a double bass. What makes this movie really great is how it tackles human’s incessant need to control nature and the environment, ultimately creating utter destruction and chaos. This is Godzilla. 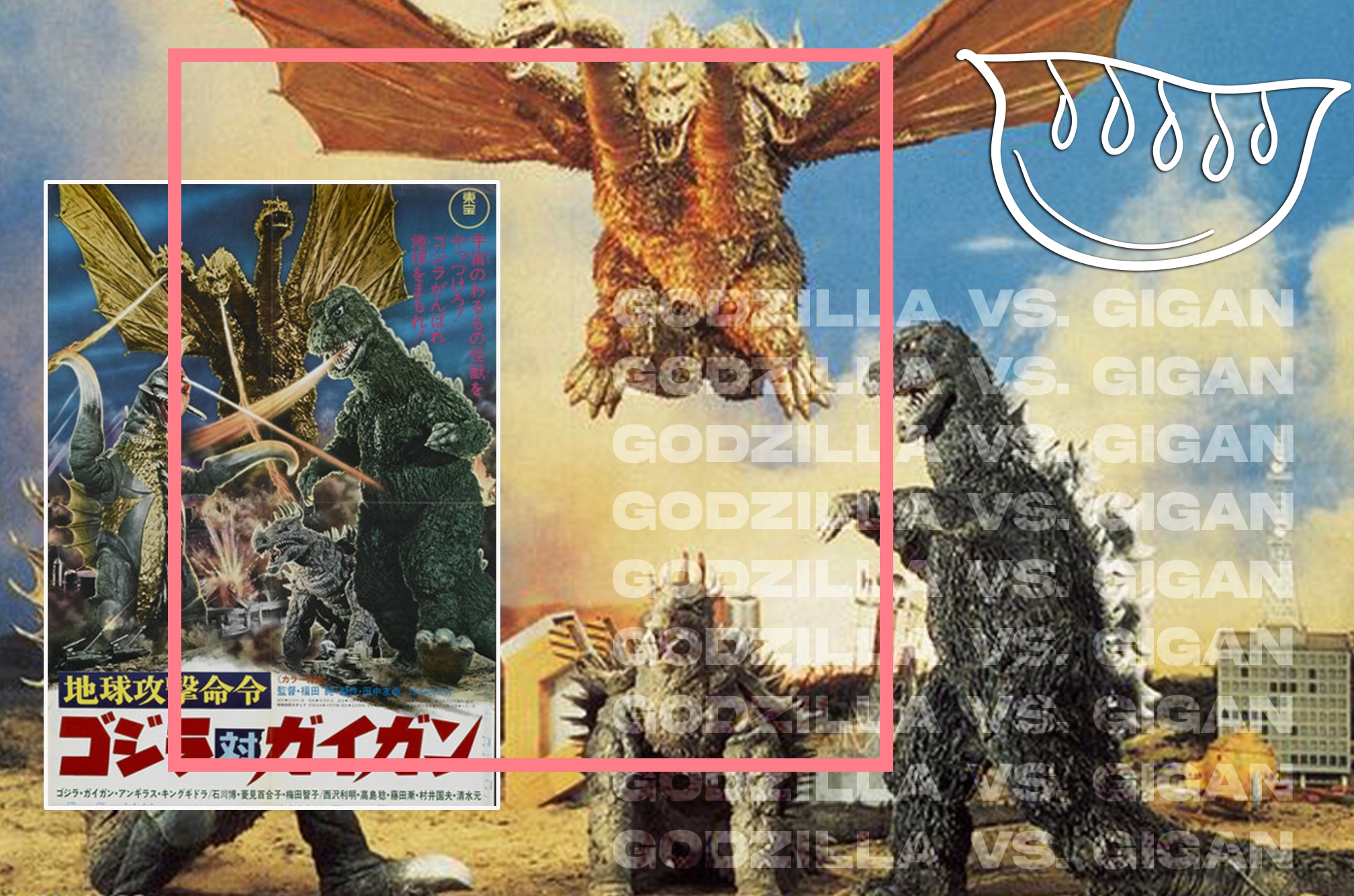 I picked this Godzilla movie because it probably shouldn’t be good at all. It has some of the most reused footage of all the Godzilla movies, and most of the score is old recordings from Akira Ifukub. However, this movie manages to be great. Think of Jurassic Park with Aliens and Kaijus meets Austin Powers — that’s what this movie is. The movie is just fun and silly and it works. I love Gigan. It’s like a giant chicken turned into Godzilla with hooks for hands. I mean what’s better than that? It is also the last movie played by Haruo Nakajima. RIP. 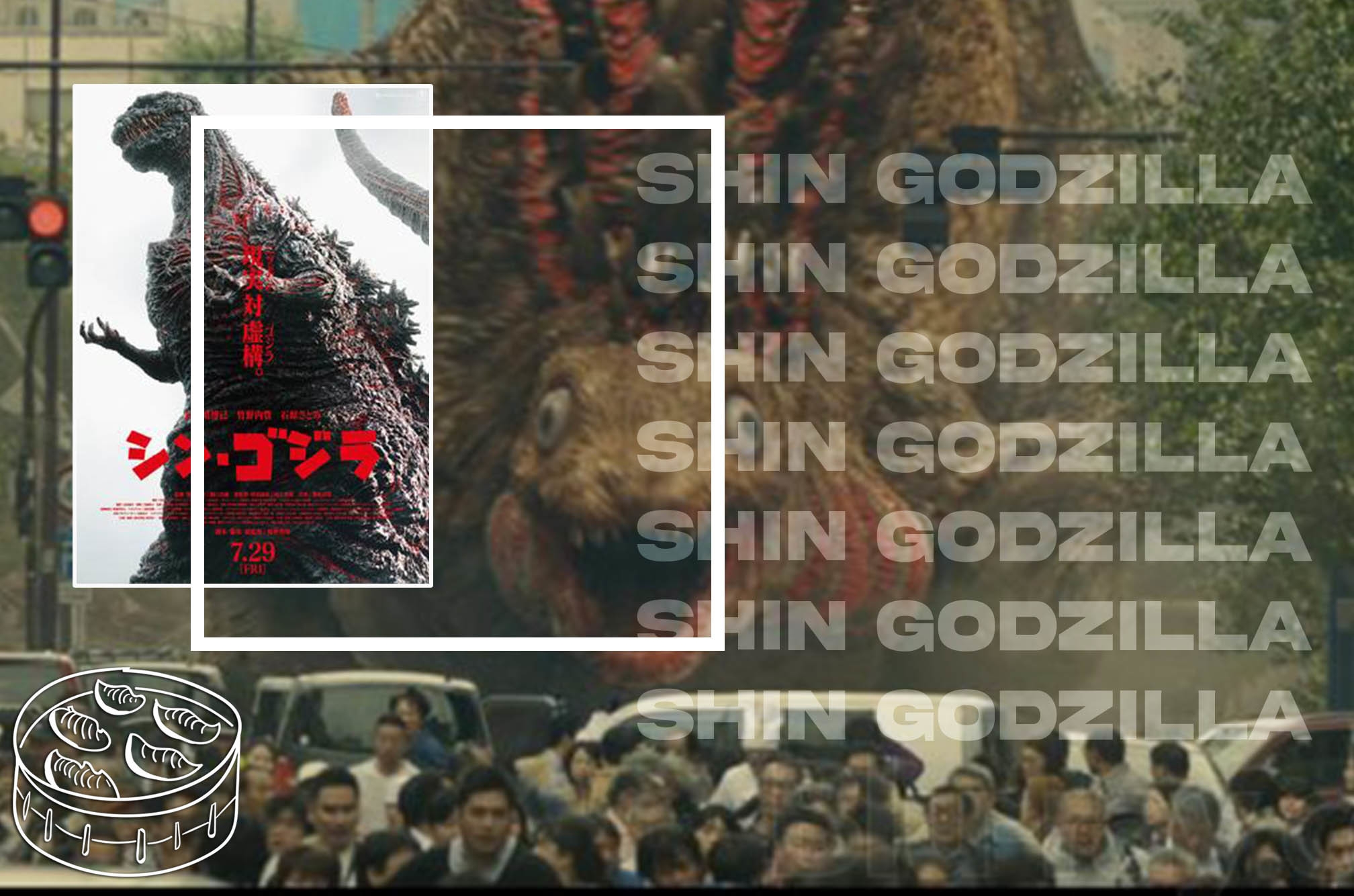 This movie really brought Godzilla back to life. It’s some of the best Godzilla character designs out of all the movies. The way Godzilla mutates is awesome; from an eel arm thing to a sperm tadpole to a monster with no arms to Shin Godzilla. In the end, a bunch of strange humanoid creatures emerges from Godzilla's tail. It’s like an H.R. Giger vs. Godzilla. There are hints that this Godzilla was once human. Could this mean a sequel? I hope so! 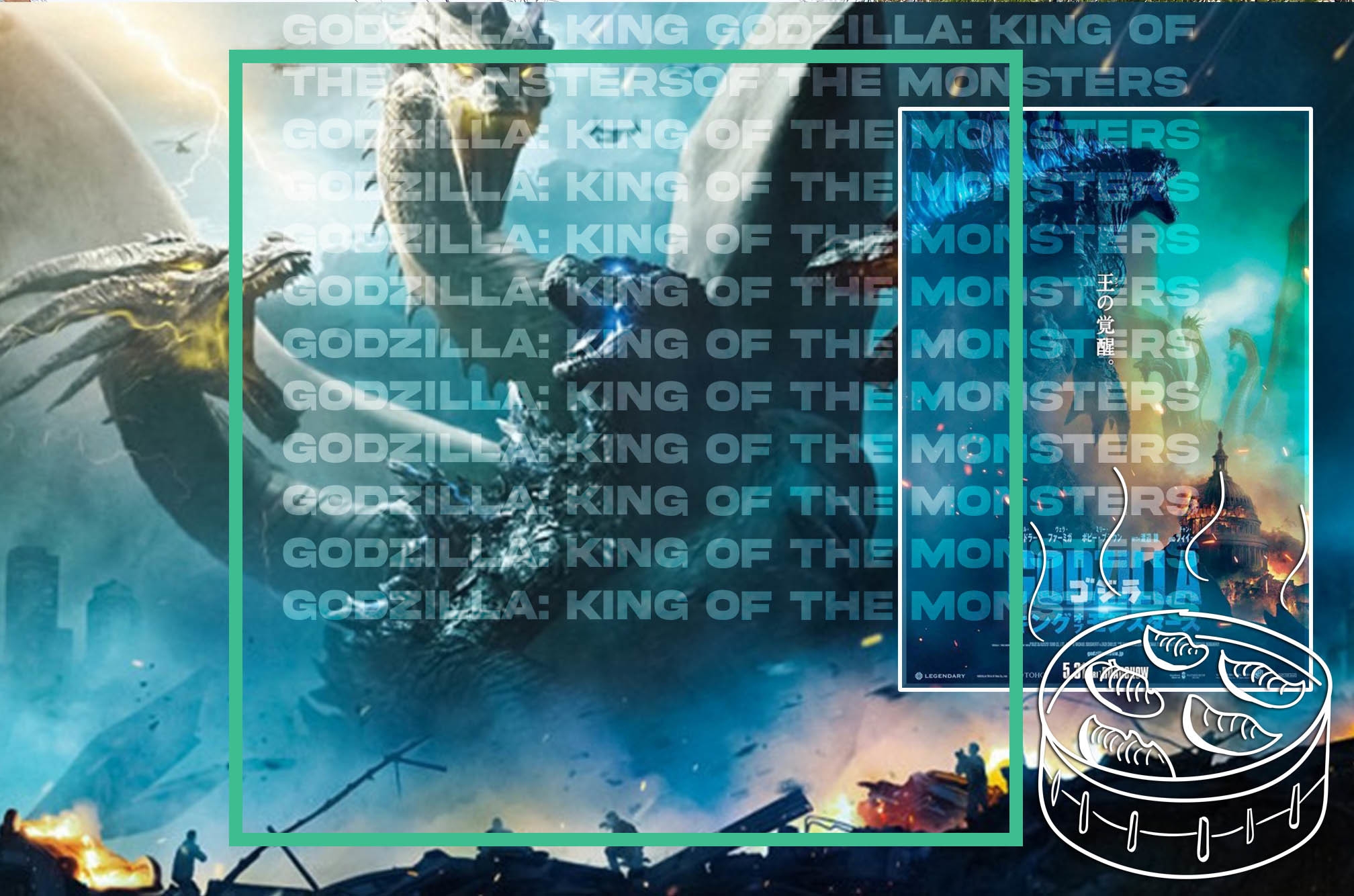 [WORST] Son of Godzilla and any American Godzilla Movie

Mochipet’s latest release is called ‘Baby Godzilla’ and is out on Bandcamp now.