Belfast born artist Dee Montero is a household name around Asia. Just before the pandemic, Dee was cosied up in Bali where he started working on ‘Sapphire’, a Prodigy-inspired tune that helped launch his Futurescope label last year. After spending most of 2020 locked in a studio and focusing on the label from home in the UK, he's back on the Island of the Gods. "It’s been a productive year but with no travelling or gigs, it’s been a challenge finding inspiration. Luckily my visa was approved after a few attempts so I jumped on the next flight!"

He's also gearing up to play his first gig in a year this week. "I’m playing Vault on Friday, June 4, which will be my first gig in over a year, so very excited to be testing out un-released music. I haven’t done many live streams during the lockdown, just online mixes like my Expedition series so getting back in the DJ booth will be amazing. I’m also working on my album project which is starting to take shape and I think being in Bali will give it a new lease of life!"

What's so inspiring about Bali? Well, if you've been to Bali you'll understand. If you haven't, let us start by telling you that sunsets have a lot to do with it. "Bali has 20,000 temples (puras) as well as the tropical jungles and volcanos so hard to compare it to anywhere else. It’s just so unique!"

And so to commemorate Dee's arrival back in Bali, we asked him to soundtrack some of the best sunset experiences from around the world. Also, stay tuned for Dee's next release on June 10 called Echoes feat. Laura Freedland, which includes a Fort Romeau remix that's already been supported by Mano Le Tough, Gorgon City and John Digweed. 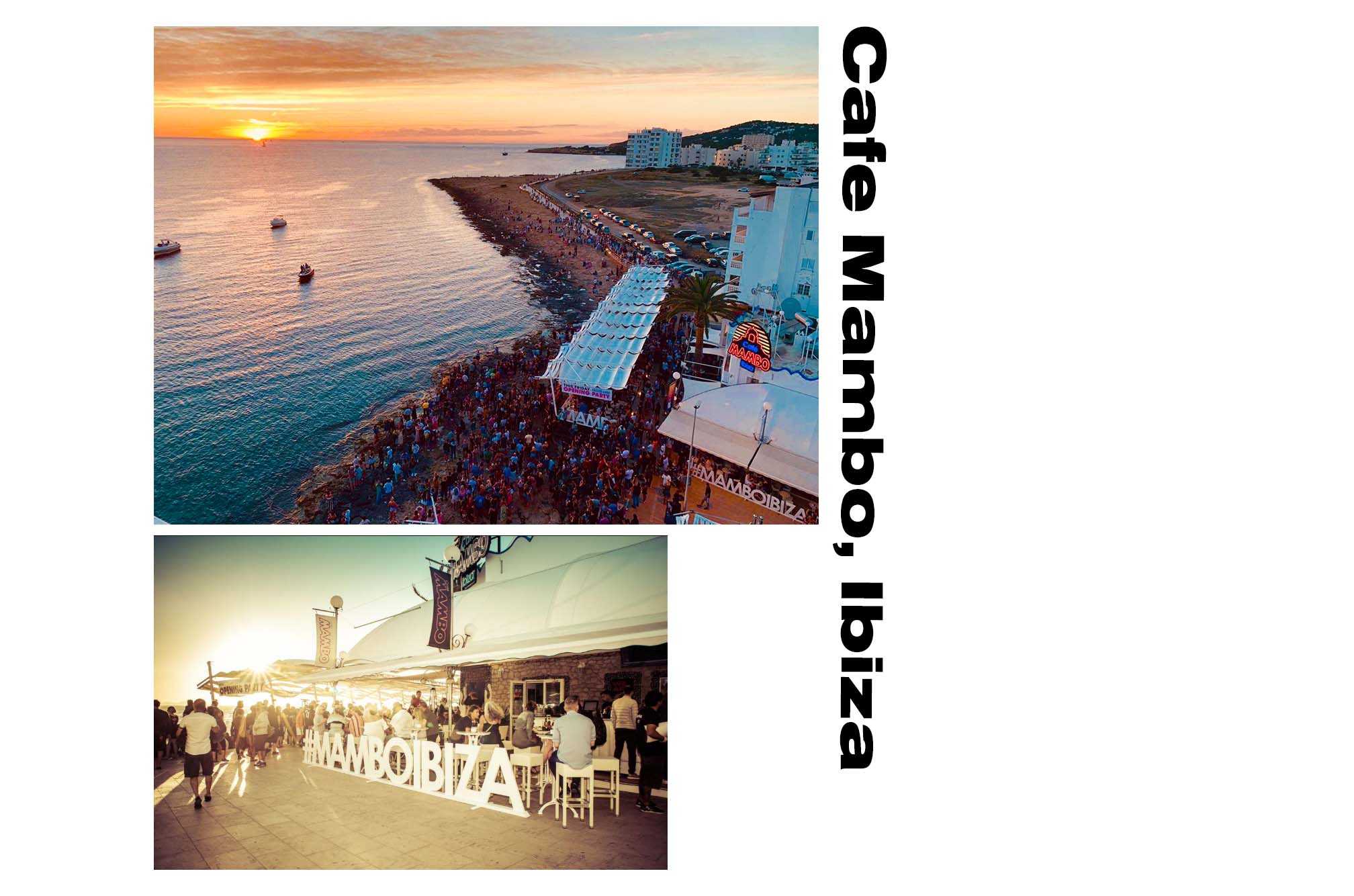 "I was a resident at this iconic sunset bar in Ibiza for eight seasons where I cut my teeth playing extended eclectic sets. I’ve played countless Mambo sunsets over years but one that stands out is the opening party in 2017. I made an ambient re-edit of the classic ‘Children’ by Robert Miles who had sadly passed away that week in Ibiza so I thought a tribute would go down well. I knew it struck a chord when everyone got a little teary-eyed and applauded as the sun melted into the sea — a nice send off." 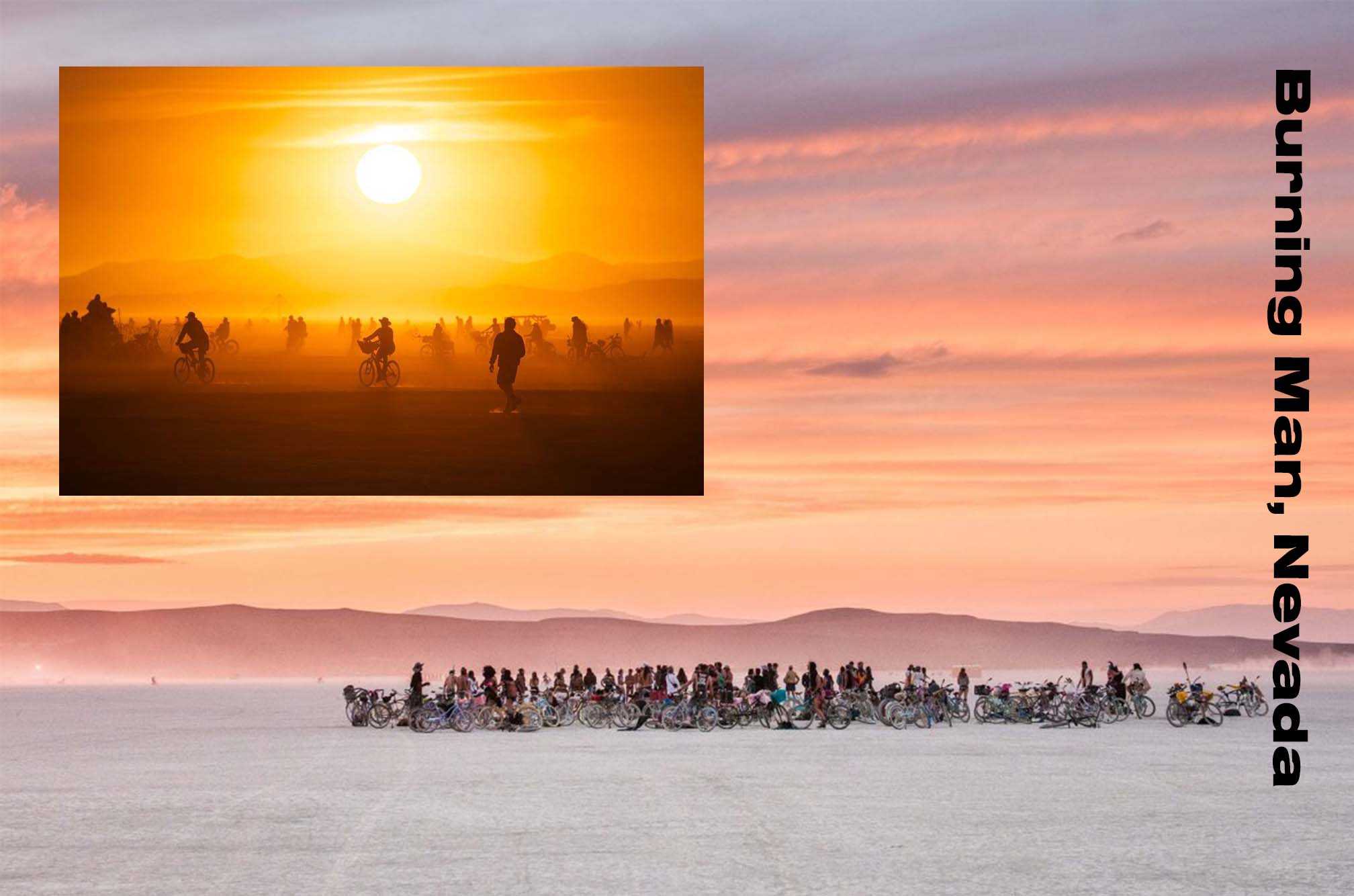 "Although there’s no beach for miles the playa makes for a great sunset location and an even better sunrise. I made ‘Aria’ especially for my last burn in 2019 and dropped it as the sun dipped behind the mountain ranges while cruising through the desert in an art car called the Disco Space Shuttle (literally a space shuttle on wheels). If you’ve been to Burning Man you’ll understand the shire weird and wonderfulness of it all which made this one of the most surreal sunset moments." 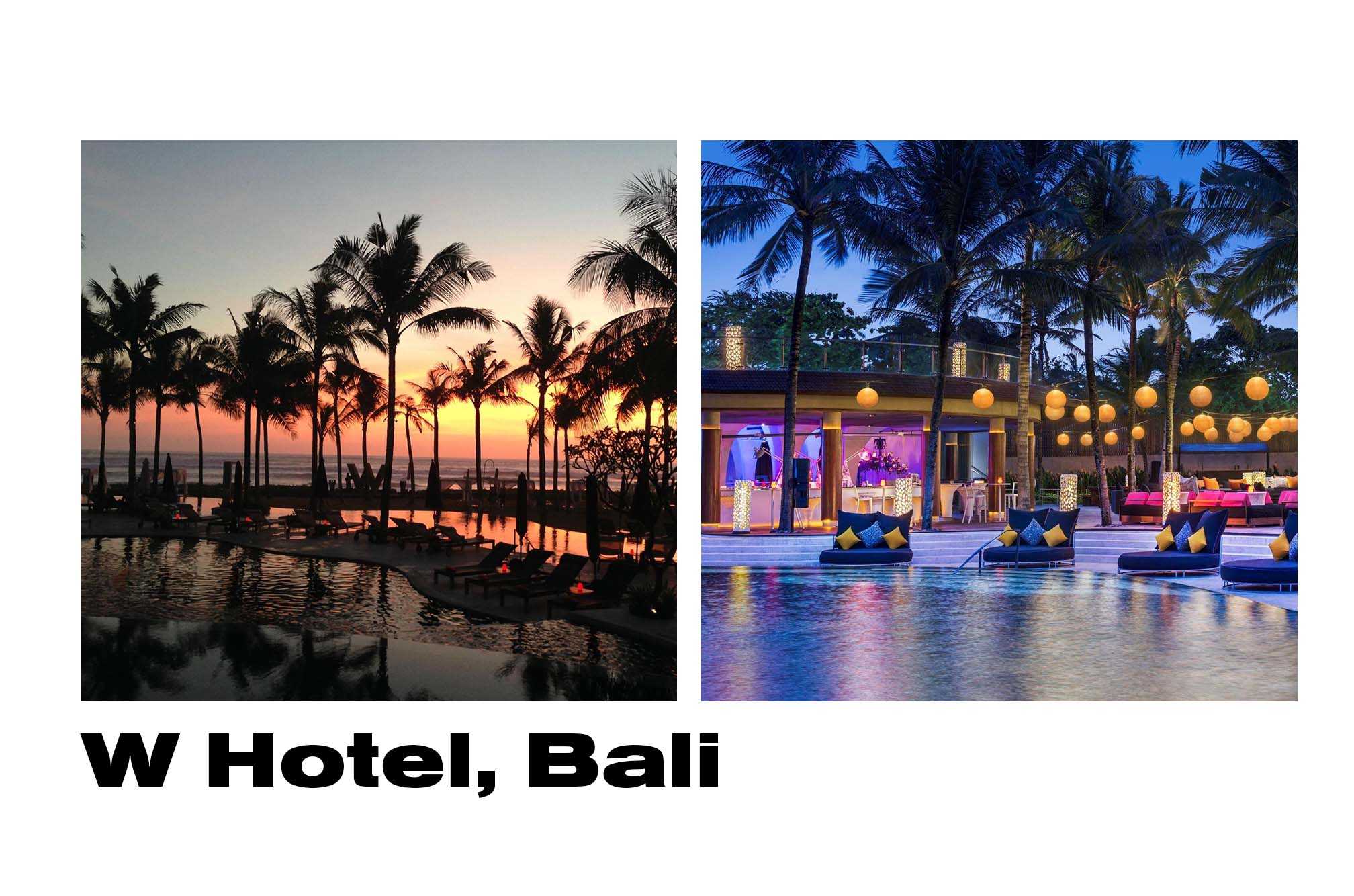 "This un-released dubby remix from Danish maestro Trentemøller was my sunset weapon of choice for years since fellow Cafe Mambo resident Pete Gooding sneaked me a copy back in 2005. I did a month-long series of sunsets at the Woobar a few years ago in 2018 and rediscovered this forgotten gem hiding in an old hard drive. I’ve played many sunset venues in Bali and this particular remix encapsulates the Bali sunset vibe for me." 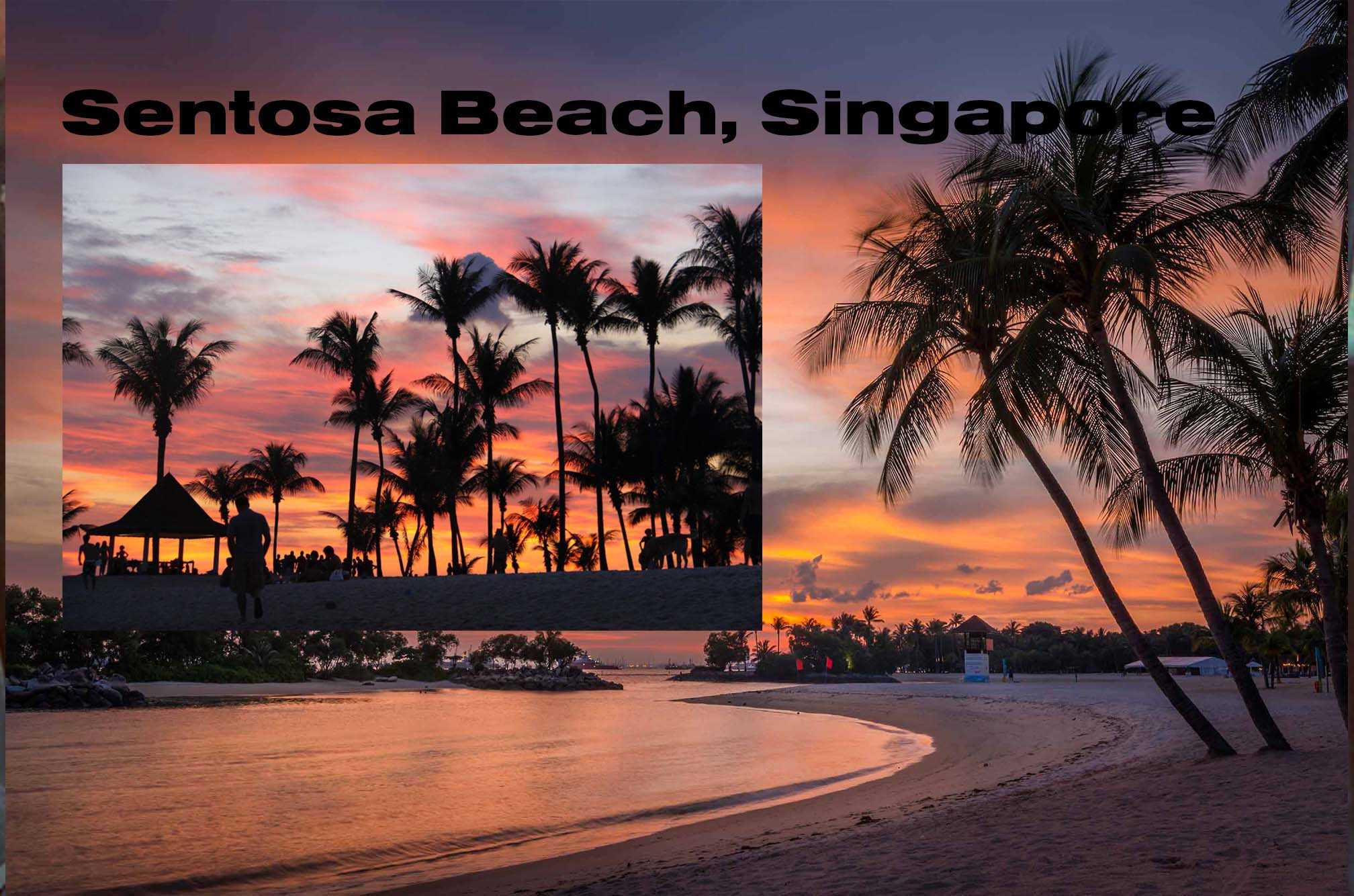 "I think the year was 2011 when I was moving back to Hong Kong from a six-month stint in New Zealand. I stopped in Singapore for the first time during the F1 weekend when acts such as Massive Attack, Tensnake and Vincenzo all came to town. Giles Peterson also did his Worldwide Festival at Sentosa and this Toto track brings back happy memories of people losing their shit on the beach!"

5. Do Not Sit On The Furniture, Cesme, Turkey 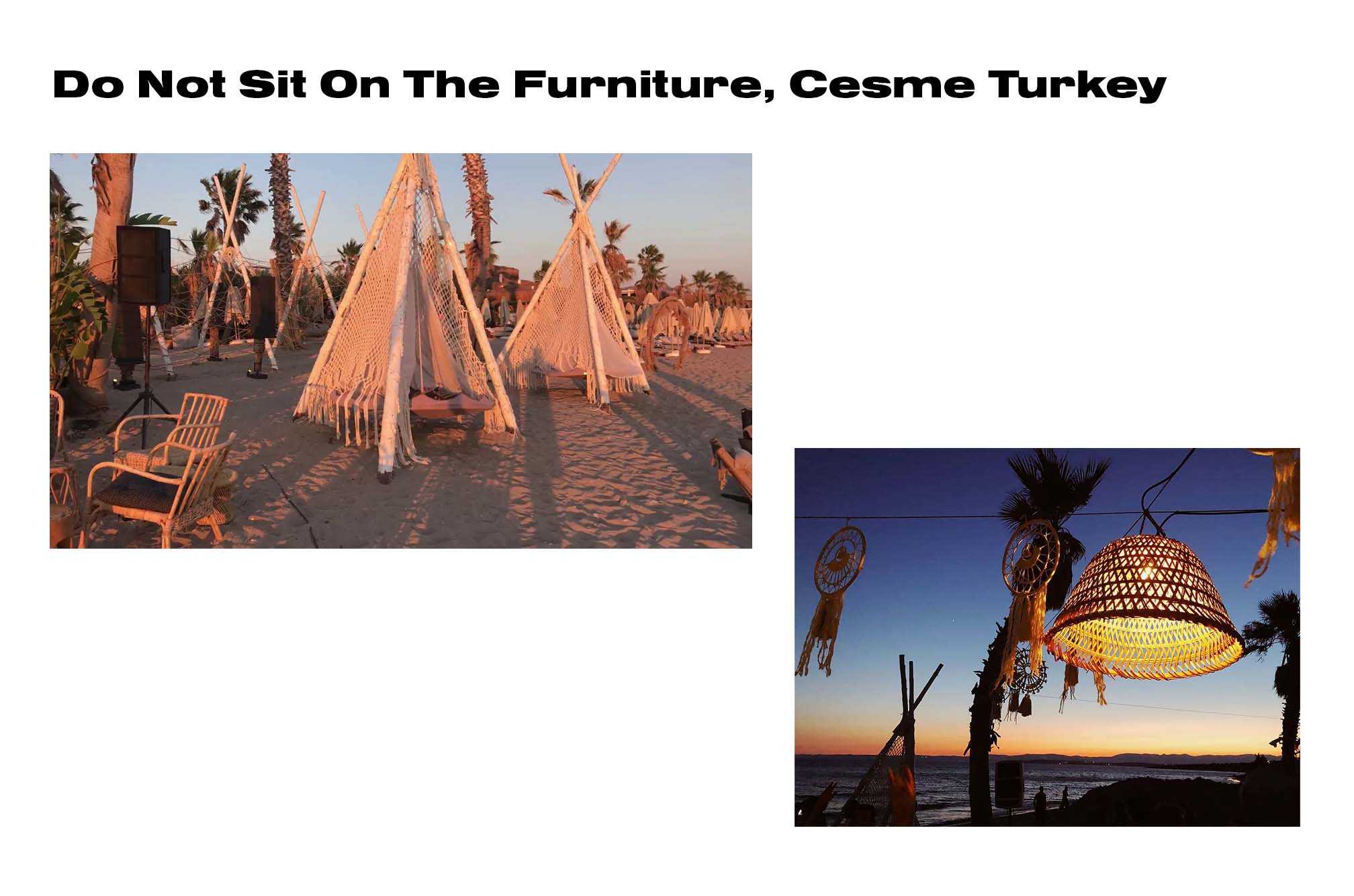 "Behrouz invited me to play his party at the beautiful Before Sunset Beachclub in Turkey a few years ago around the release of my Chakra E.P on his label. I played the beach stage to about 2,000 people where I set the tone at sunset keeping it deep and groovy. ‘Chakra’, which I actually made in Bali three years ago inspired by Eastern sitars, gamelans and chants was the perfect transition from sunset into twilight."