Burbling up from the dark, subterranean reaches of deep internet subculture is QQBBG, a performer of uptempo club tunes packaged in the aesthetic wrapper of pink-and-purple hentai fantasy. The young Hongkonger was first inspired to make music by Cooking Bitchess, the duo of rapper Fotan Laiki and new media artist Anna, an influential member of the Hong Kong creative scene who tragically passed away in 2017. Finding her way through Hong Kong’s small but tightly knit underground, and gathering encouragement and support from likeminded communities like Hong Kong Community Radio and the Absurd TRAX label, QQBBG has just released her debut EP, Magic Legacy, a tribute to Anna and a bold statement of purpose for one of the most provocative artists occupying Hong Kong’s underground music scene today.

Magic Legacy was released by London-based label and collective Eastern Margins, who’ve made a sustained effort to connect with artistically aligned nodes around the world, such as the Hong Kong scene from which QQBBG hails. The group hosted the UK debut of the Absurd Trax crew in January, shortly before COVID shut down offline life, and have pivoted to livestreams in the wake of ongoing pandemic uncertainty. Their next one happens on September 18, a collaboration between them, fellow London-based label and promoter Chinabot, Japanese culture mag AVYSS, and Shibuya club Super Dommune. Tune in to that to see QQBBG thrive in her natural online environment as part of an incredibly stacked lineup that also features Pisitakun from Bangkok and Jiafeng from Shanghai, among many others. Mixmag Asia talked to QQBBG about the aggressive sound and imagery baked in to Magic Legacy, and how the COVID era has changed or reinforced the already-extremely-online elements of idol worship. 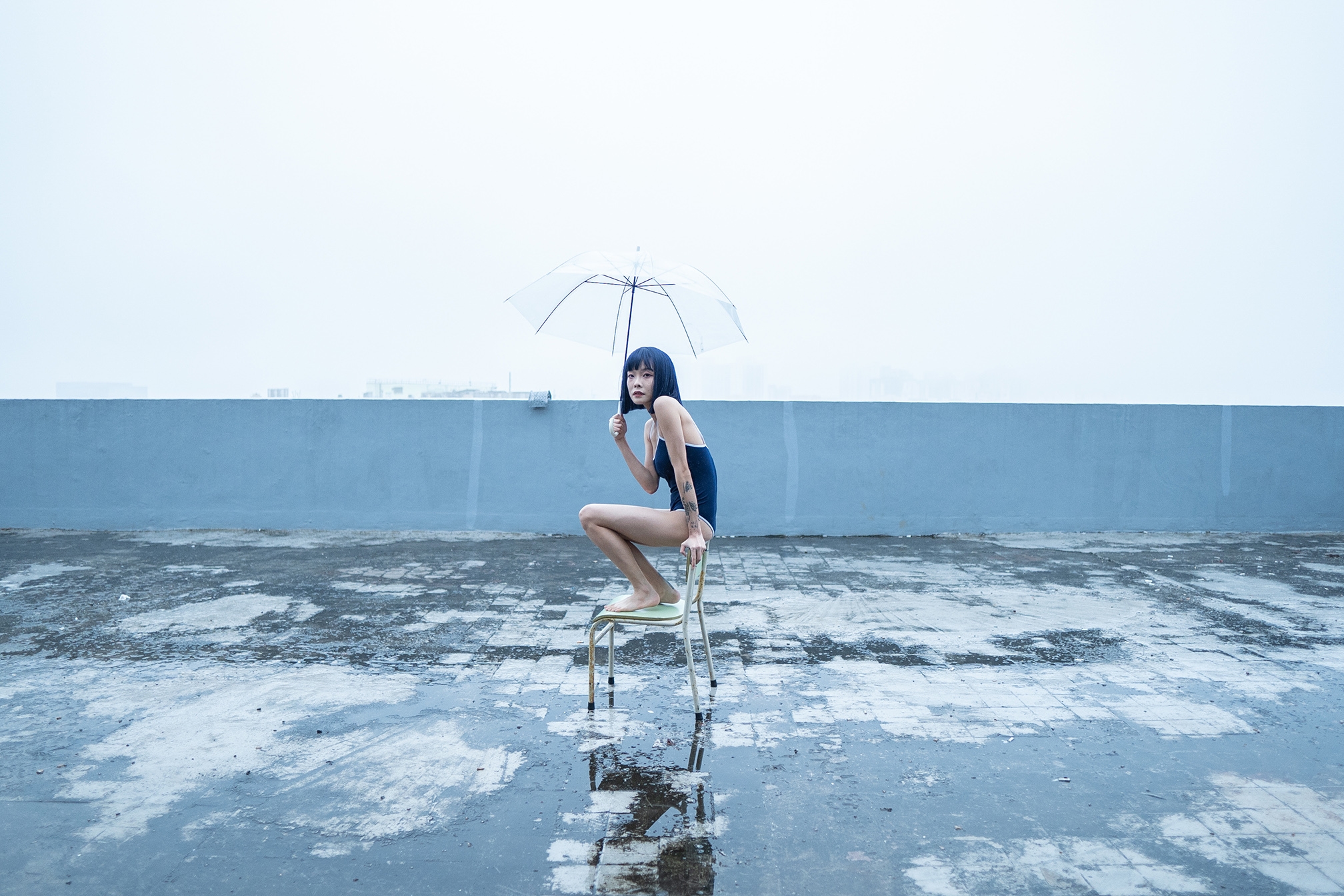 In some of your older songs you play with different styles, like vaporwave and ambient electronica, but on Magic Legacy you definitely go for a harder, faster sound. What influenced this stylistic choice? What is the best environment for playing your music (or example, in a club, at home, in headphones)?

Harder, faster sound is therapeutic for me somehow. It guides me to relief from daily pressure. My music is great for headphones, like I’m whispering in your ears and tickling your emotions, but of course [it’s great] for live performance too. I hope everyone can experience my cutie energy.

2020 is so tough for everyone, especially for Hong Kongers since 2018. The world seems lacking beautiful things. So I spent a year writing this album for this period of time.

What is the significance of the name Magic Legacy?

Magic Legacy is for my friend Anna who passed away. Actually, she was the one who influenced me to make music. She said she was a magic girl, so the title Magic Legacy is a memorial for her.

I know you're very influenced by anime, manga, and idol culture. How and when were you first exposed to each of these elements of Japanese pop culture? Are there any specific subcultures that you became interested in when you were younger or are still interested in today?

The very first Japanese idol group that I knew must be the Berryz Kobo, I listened to them when I was a primary school girl. Anime has been with me all my life — a recent favourite is JoJo’s Bizarre Adventure.

My persona is an evil baby, and my job is to incite people’s dirty fantasies. I think in the anime world, this kind of fantasy is much easier to provoke, because there are no limitations on imagination. 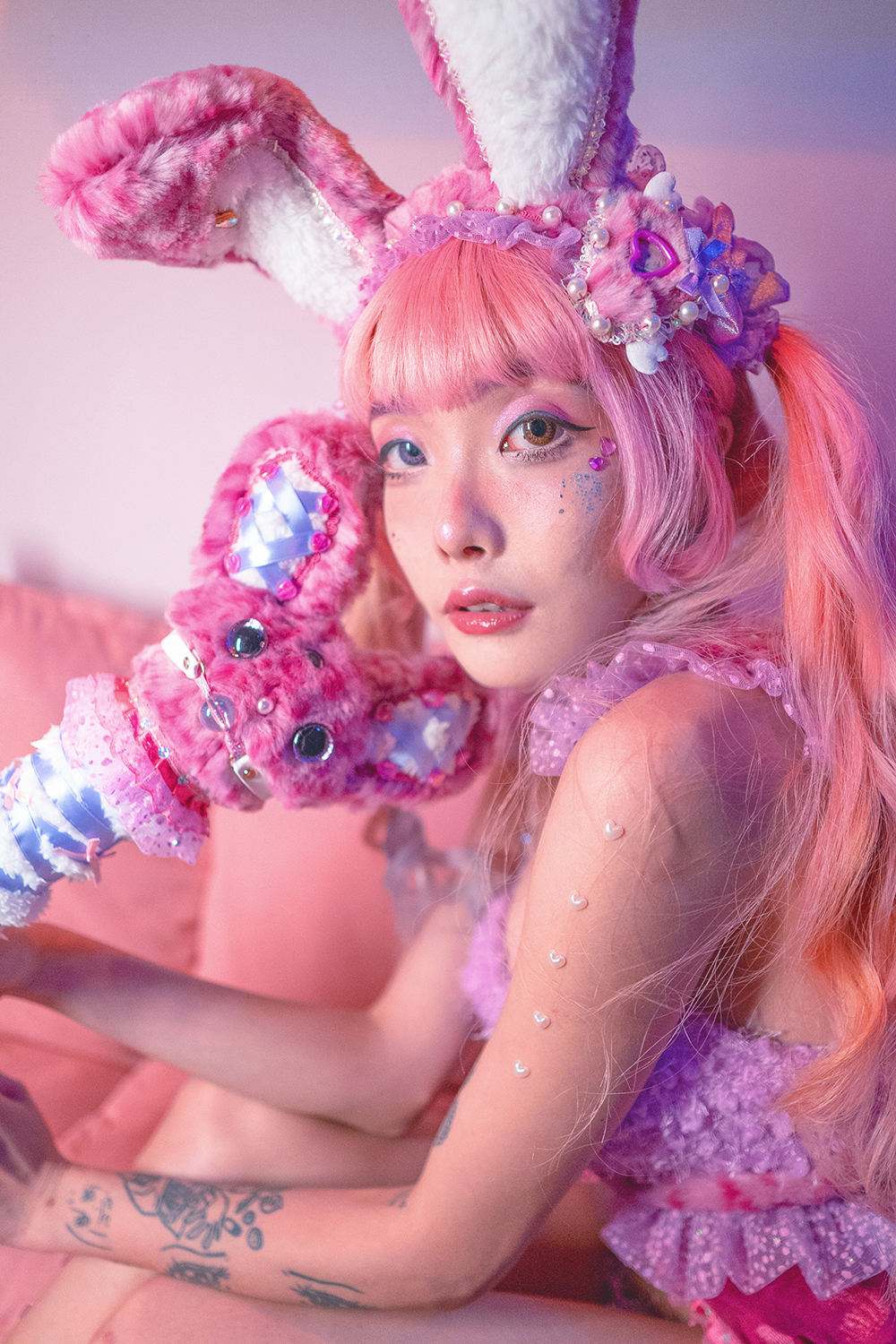 In addition to Japanese cultural references, you also borrow lyrical phrases from commercial trap throughout Magic Legacy. I've seen you reference other overseas influences in interviews, like Sophie/PC Music and psytrance. What type of music are you most into right now? What kind of music would you most like to make with QQBBG in the future?

I really enjoy hardcore, breakcore, drum ’n’ bass right now. These kinds of music can make me relax, I can break my pressure while listening to them. I would like to make some sad and insane music like breakcore. It will be very different from my songs before.

You post elaborately staged photos on your Instagram, and there's a lot of attention to detail in your music videos as well. Can you talk about the creative team around you? In addition to Mixjointings, who produces most of your music, who are the other main crew members/collaborators you work with on your photos and videos?

All of my videos are shot by a crew called Emotional Labour Association, run by director Swing Ho. I’m very thankful to have them helping me with all the music videos. I usually edit small videos like trailers and streams by myself. Also W26 and Mia, the crew who helps me with my idol clothes and beautiful accessories, I’m very lucky to have them in my team kawaii.

During the pandemic, more and more people are looking to the internet for escapism, entertainment, and virtual connection. In some ways, this new pandemic reality is the kind of world that you already live in — an online fantasy world, “a world where you can commit crimes” as you've said before. How do you think idol culture will change or evolve in the post-COVID era?

During this COVID period, many people might be feeling loneliness caused by social distancing. Idol culture is working as an emotional attachment somehow. Streaming must be the new trend for the idol culture. This can help idols to get more exposure, and people can have their comfort time at home through these streams.

Can you tell a story or two about your most interesting or strangest interactions with fans?

When I post sexy pictures on Instagram, there is no way to avoid strangers DM’ing me and telling me they are jerking off to my photos. For the interesting part — when I was still living at my old place, we used to hold parties. One time, one of my fans came to the party and gave me some of her handmade hair clippings, telling me that she was thinking about me when she made these gifts. It was pretty sweet and surprising. Now she has an IG store and she will send me her new products sometimes. 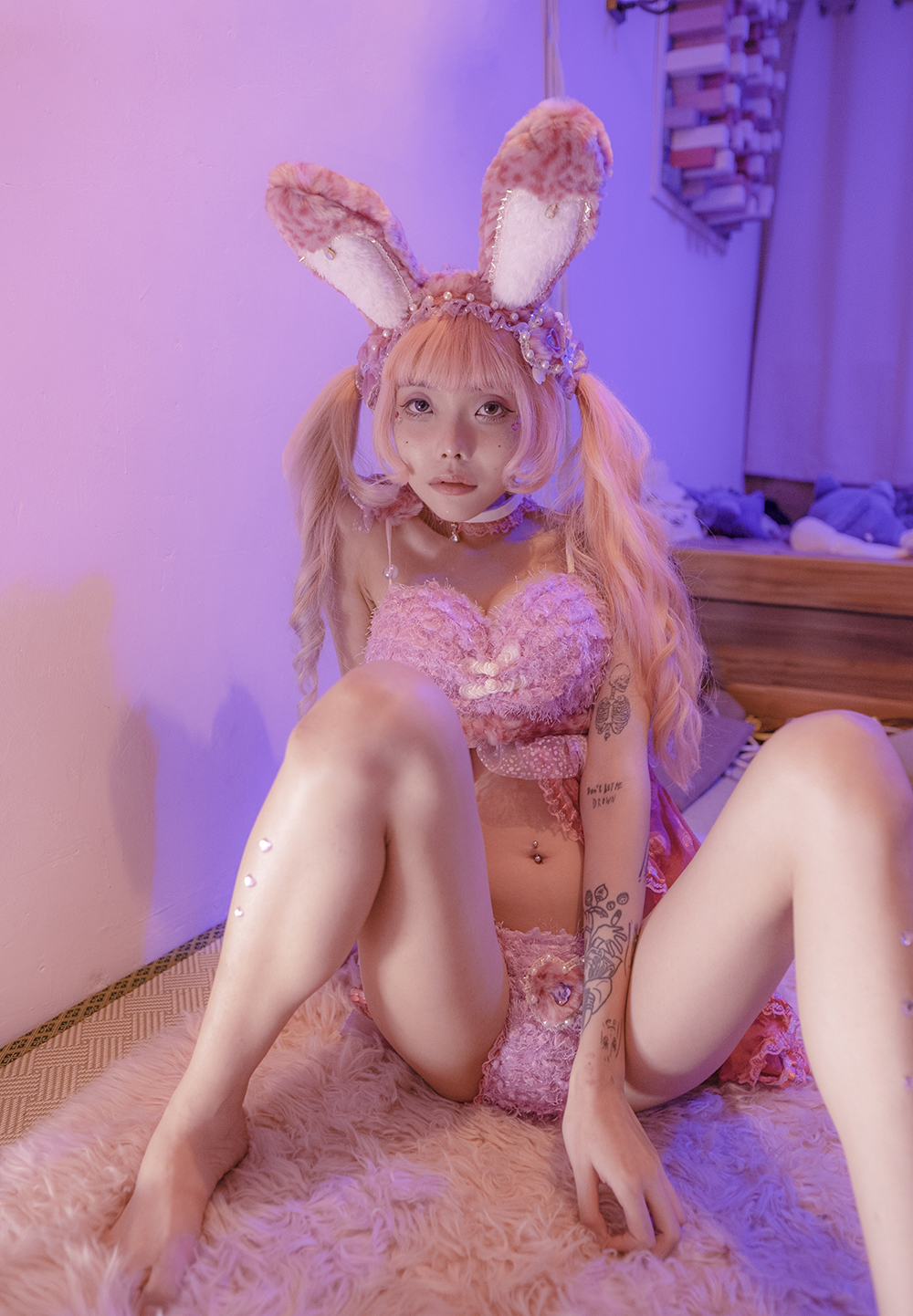 How do you fit in with other groups and spaces in the Hong Kong underground music scene, like Absurd TRAX, Hong Kong Community Radio, or Twenty Alpha? What music scenes do you find the most active or interesting in the city right now (for example, hip hop/trap, experimental music, club music)?

Actually we were friends before I started my music career. Gavin [Wong] from Absurd Trax and HKCR helped me a lot when I’d just started making music. The hip hop scene in Hong Kong is pretty active right now, a lot of new blood is joining the game.

Magic Legacy includes a track by Australian producer Air Max '97 and a remix from fellow Hong Kong producer ASJ. You also recently did a livestream event with Jiafeng, who is also using the “idol model” in his own creative way. What other artists in Hong Kong, China or elsewhere do you consider your peers?

I really appreciate Takeem’s music, his lyrics always blown my mind. Also Kelvin T, he’s just very talented and creating so many unique songs, he helps me a lot. The most amazing one is DJ Chucky, aka my ex producer Mixjointings. He used to make psy-dub music and drum ’n' bass, he is a very serious and talented person with passion in music. I just like the way he is, always.

We're still in the middle of the pandemic, but some parts of Asia are re-opening for live music and club nights. Do you have any plans to perform in the near future? Where would you like to play the most?

Because of no travelling for almost a year due to COVID, performing anywhere outside of Hong Kong is what I desire. If I need to name a place, I will say London because I want to meet up with Eastern Margins.

What are you working on now? Is there anything else you'd like to say about Magic Legacy or other projects?

I will have a stream hosted by AVYSS, Chinabot, Dommune, and Eastern Margins on 18th Sep. The lineup is SICK! I’m looking forward!