While TikTok’s prevalence has been undeniable over the last eighteen months for everyone, the popularity of the platform within the music industry has been especially noteable. A report in July showed 75% of the app’s users (recently surpassing 1 billion in number) say they discover new artists on the platform, a sizable number of artists breaking on the platform sign to majors, and labels are pouring marketing money into the platform and its influential user base. Even tracks that are comparatively ancient to the app’s Gen Z-heavy audience can get significant sales boosts: when a 37-year-old man from Idaho filmed himself skateboarding and supping juice to the soundtrack of Fleetwood Mac’s ‘Dreams’, the viral clip caused the track to re-enter the Billboard Top 10 chart after earning 16.1 million streams in a week — more than 43 years after its release.

In the dance music sphere, the platform has provided a fresh tool for incredible growth for DJs. Look no further than DJ Lilli, whose mashups enabled her to garner 100,000 followers and 2 million likes on the app within her first two weeks. Not even a year later, she now has 2.3 million followers and 54.2 million likes to her name.

This growing phenomenon is clear to see: whenever a DJ lands on your ‘for you page’, it’s unlikely that they’ll have any fewer than tens of thousands of followers. But social media hype doesn’t always equate to real world success. To what extent is TikTok benefitting these DJs? Away from the vanity metrics, is the platform emerging as a substantial springboard to get into the industry? We spoke to some of the top DJs on Tik Tok right now to find out. 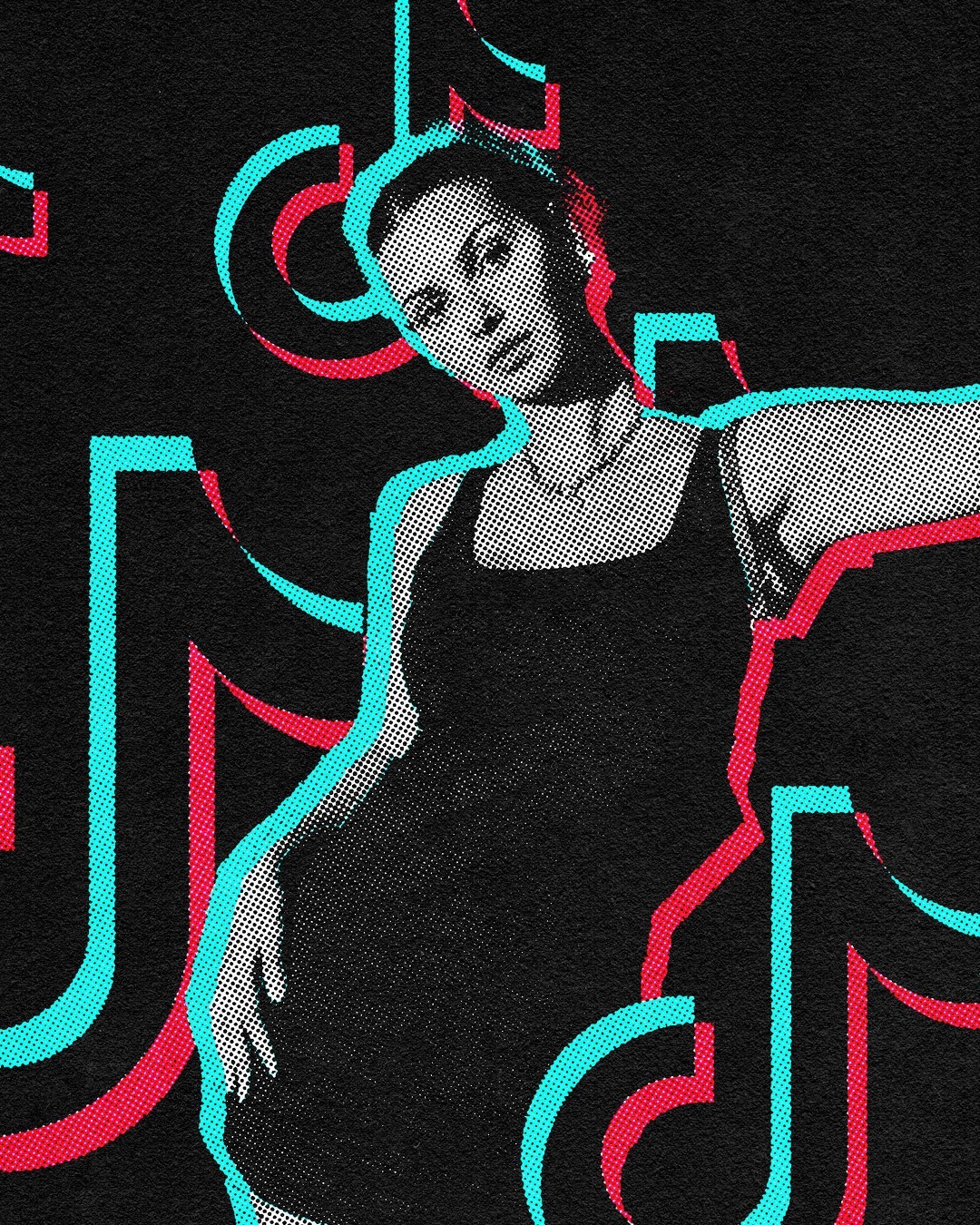 “I’ve always just loved music”, says Cian Drinan, who boasts 50,000 followers on the app. “I started on my phone, and then got my first set of decks when I was 17 or 18, and practiced away from there.” The multi-genre DJ shares a similar story to many DJs regarding their route into the industry. Amy - who goes by Amy Os - didn’t begin DJing until the beginning of 2020, but at the age of 19, has plenty of years left in the tank. “I’ve always had such a wide variety of music around me, and influence from my parents, from my siblings, from my friends - it was everything or nothing for me, I desperately wanted to learn.”

When the four DJs we spoke to were asked what made them turn to TikTok, the response was unsurprisingly consistent: lockdown. At first, it seemed to be a rather comical platform to choose: “I was a bit nervous to do it because it felt like a very young thing to do, a bit cheesy,” says Birmingham-based DJ Dougie Fresh. “I thought you know what, let’s give it a go, I’ll not tell anyone I’ve got one - I kept it a secret.” Cian and Manny both echo this, recalling doing it “for a bit of a laugh”, and initially “hating” it. The embarrassment and stigma around TikTok was everywhere. “My god, did I get ripped into it for being on TikTok by my friends!” Amy says. “They were like, ‘What are you doing on there?’ — but I don’t regret it, I don’t care.”

And not caring - for all of these DJs - paid off. “I put up about 10 videos and they weren’t getting any views at all,” Dougie tells us. “Then, one day I was playing FIFA, looked at my phone, and it was popping up with loads of notifications. So, I clicked it - and I’d done a funky house top 7 mix - it just went crazy. People were commenting, I was getting loads of followers, and I was like oh, ok!” 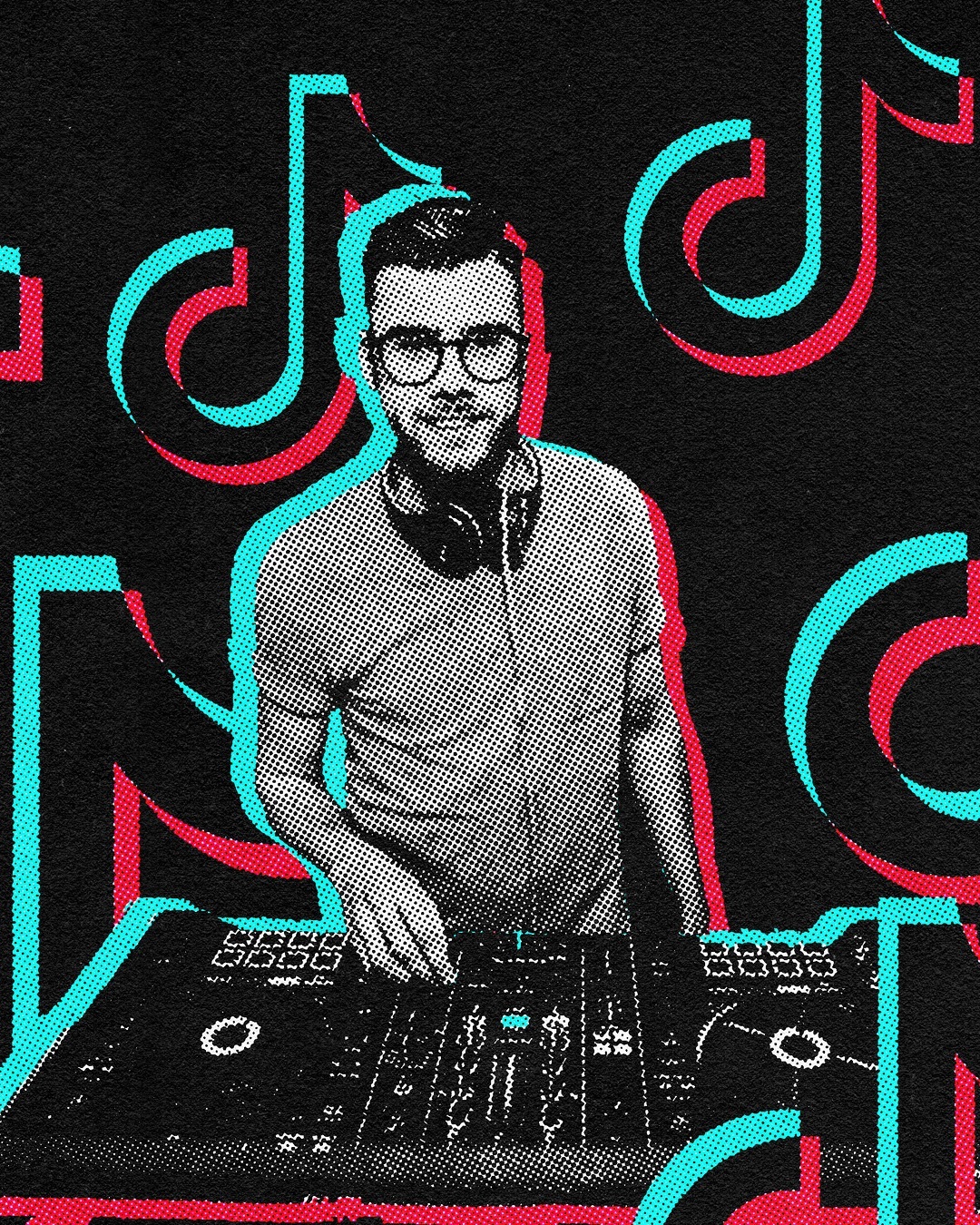 Viral content is the USP of TikTok. Its large user base combined with a highly-trainable algorithm is a perfect storm to have a video reach millions. “Once a couple of videos go viral, the views just come in, followers come in. I remember when I got to 10k followers, and I probably started the day with 5k followers.” Cian recalls. “It was definitely trial and error trying to target different people with different music - then I saw what worked, and went from there.”

Although TikTok is susceptible to trends, not all DJs ride the algorithm, and are instead striking out on their own terms. DJMANNY prefers to stay in her own lane in order to maintain authenticity. “I believe in being my own person completely, doing what I like to do - even if it’s different. I find that by looking up to someone in particular, you’ll find yourself copying things they do: which is something I don’t want,”says the UK DJ who plays a mixture of dancehall, afrobeats, drill, R&B and Bhangra, accumulating over 150,000 followers in the last year. Maybe this focus on individuality is she’s shone so brightly on a platform which isn’t designed to foster long attention spans.

Amy too had a video go viral, yet still prides herself on posting content that she wants rather than posting content to simply get views. “In November, one of my TikToks blew up, and got just under one million views — that was really exciting.” she explains. “I never ever put out content I’m unhappy with, and if I do I’ll take it down. I've had quite a few people reach out to me and ask to promote a song, but it just doesn't feel authentic. Definitely being consistently true to myself has helped my growth.”

The rate of growth can be mind-boggling in itself. Similar to the aforementioned DJ Lili, Manny also experienced a surge in her audience over a short period of time. “I remember hitting 10k within a month, and then jumped to 50k within about 2 months. It was a slower increase from 50 to 100k, but it was still fairly quick, just slower than the first few,” she notes. “Two of my videos went viral when I hit 100k, and it literally jumped from 100k to about 140k within about 2 or 3 days. It was crazy.” 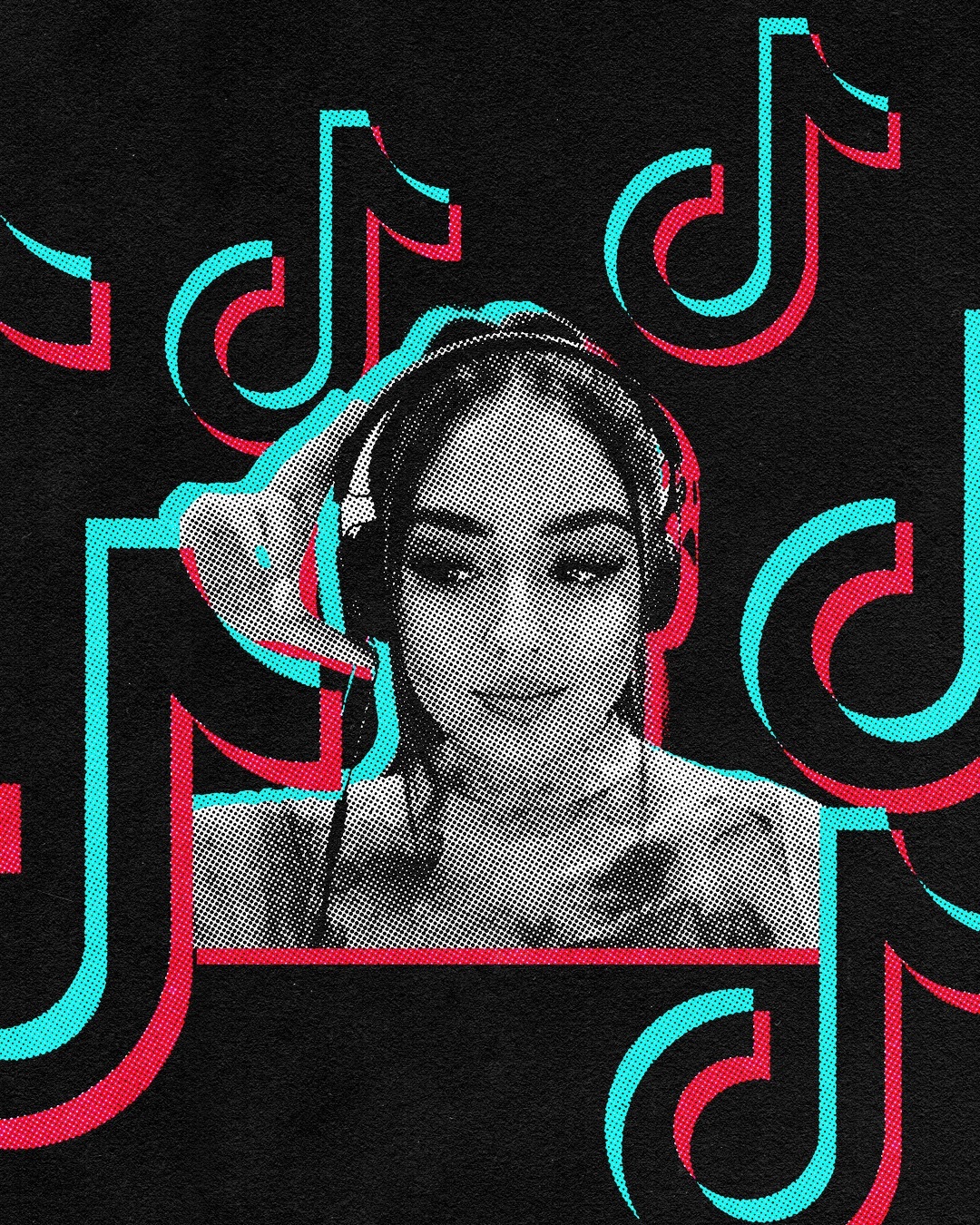 As the reopening of nightlife loomed, those with a new-found fame on TikTok were left wondering whether their success would translate into the real world. For those who’d played out prior to the pandemic, like Cian and Dougie, there was the assumption that they’d at minimum land a similar number of bookings to what they’d had pre-March 2020. That remains to be seen: in Ireland, Cian is still restricted to outdoor dining only, and Dougie, the only interviewee who does music full-time, is yet to see a noticeable increase in bookings since English clubs reopened. As it stands, Amy, Manny and Cian all work day jobs alongside their musical pursuits. The unanswered question at this stage is whether those labelled as TikTok DJs will stay isolated to that, or if the stigma of the platform will fade and help their careers take off. There are some signs that this is the case.

“I still think that there is a stigma around TikTok DJs,” Amy says. “I think it stems from just TikTok in general, as it’s always been looked at as a children’s platform. I do, however, think it’s slowly moving away from that label as people come to terms with how great a tool it is, due to the diversity of the content shown on there and how personalised it is to an individual. It just so happens that DJs have utilised this to their advantage and been able to project their talents out to such a vast audience internationally. Because we are limited to a 60 second video [TikTok has since increased max video length to three minutes] doesn’t mean our skills are any less worthy than any other DJ performing. This is just the platform we’ve chosen.” Cian echoes this idea of progression: “Initially, maybe it was like - ‘Oh, they’re a TikTok DJ’ - but I would think now that people are starting to take it more seriously and it’s becoming more of an Instagram. It’s probably easy to grow, but it’s only easy to grow if you know what you’re doing and if you’re good at what you’re doing.”

Stigma or not, it is indisputable that the platform has permitted its users to land opportunities, bookings, and more. DJ and producer AmyElle has progressed from bedroom to the club, playing large-scale events like elrow in Liverpool in July, while eclectic 90s rave and pop-inspired artist Pink Pantheress has emerged from the platform as a breakout star of 2021, signing to Parlophone and racking up millions of streams after her tracks ‘Break It Off’ and ‘Pain’ went viral, gaining her masses of traction.

These aren’t isolated success stories either. “I wouldn’t call it success, but whatever it is has translated into real life. I’ve had quite a few bookings.” Amy Os says, adding that these UK shows are a consequence of her TikTok. “I’ve been raving since before I was 18, and through that and going to festivals, I met people who knew people. When they heard of my TikTok throughout lockdown, they messaged me, wanting to get me involved whenever the pandemic craziness ends.” Manny - who, like Amy, didn’t DJ prior to lockdown - has had similar success being booked via TikTok. “It has led me to a number of bookings, my first being at a Shisha Lounge in London, Tigerbay. I’m a resident there now. I’ve done some mixes for BBC Asian Network - and they actually found me on TikTok too, which is great.”

While it’s frustrating for Cian that clubs are yet to kick back into action in Ireland, he’s seeing indications of real-life success from the social media platform, having been booked for 2022 in Ireland already. “I’ve also had messages from a couple of clubs in Scotland - they messaged me on Instagram saying that they’d seen my Tik Tok, and would love to have me when COVID is over - whenever that is! I can see on my analytics where people are watching, and it’s not just Ireland. There’s a lot of Scotland, and England too, so I’d love to get some gigs over there.” 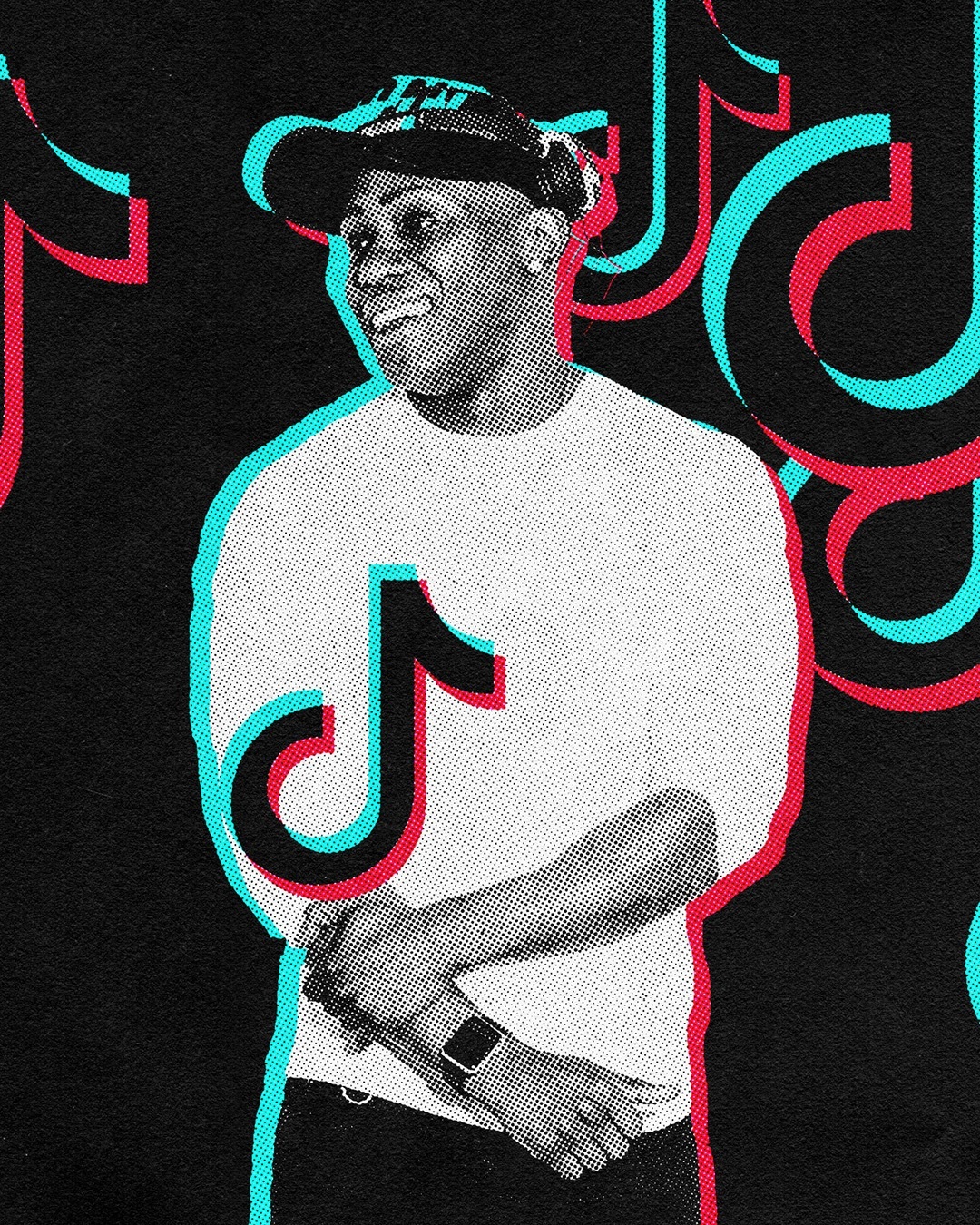 A secondary result of TikTok success - besides real life bookings - is the influencer status. Whether that word sits well or not, in this day and age, brand partnerships are never too far away for someone with hundreds of thousands of followers. They’re nothing new in music, with even underground DJs linking up with fashion houses these days, but Tik Tok brings the ability to partner with brands to a broader demographic, providing a potential secondary income. Cian notes the prevalence of partnerships on the social media platform, which he unexpectedly stumbled across himself. “In most of my videos I’m wearing a hoodie. There was an Irish company who got in contact, asking: ‘Here’s a nice jumper, will you wear it in your Tik Tok and tag us?’ I felt like an influencer!”. Dougie has found similar, having landed a partnership with Pioneer amongst other brands. “Financially, we need to smash it: we’re in a time of influencer culture, and it’s a great time for DJs to do that and elevate themselves on that front commercially as opposed to just taking loads of sets.”

The past eighteen months have been massive for Tik Tok, and a huge opportunity for DJs - both those wishing to start their career from scratch and also those who had regular parties and bookings in clubs cruelly robbed from them. Whether the platform will continue to surge in the way it has over the last year now that clubs have reopened is anyone’s call - but what is for sureis that TikTok has provided our industry with new opportunities, and plenty of new faces.