We’ve seen peeks on social media; we’ve even stood outside of their windows and fogged up their glass; but at long last, HEADSTREAM by Potato Head is finally here.

Fronting as an on-site studio space and record store that moonlights as a digital streaming platform, HEADSTREAM’s true purpose actually lies in shining a light on the voices, stories and sounds of Indonesia in front of the world...sustainably.

To begin, its headquarters sit beneath The Womb, a remarkable 90-metre bamboo archway built by revered artist Nano Uhero that’s a strong contender for a future cover of an Architectural Digest issue on conscious construction. But what’s even more impressive is the studio itself, which is an (eco) temple built from 564 kilograms of recycled plastic. Designed in collaboration with rising Bali-based architect Zhi Xiong Chan of ZXC Studio, the artist repurposed motor oil bottles into panels and built both the display window and interior surfaces from mineral water caps that were collected from waterways across Bali. All 170 kilograms of flooring is formulated out of industrial rubber rejects. 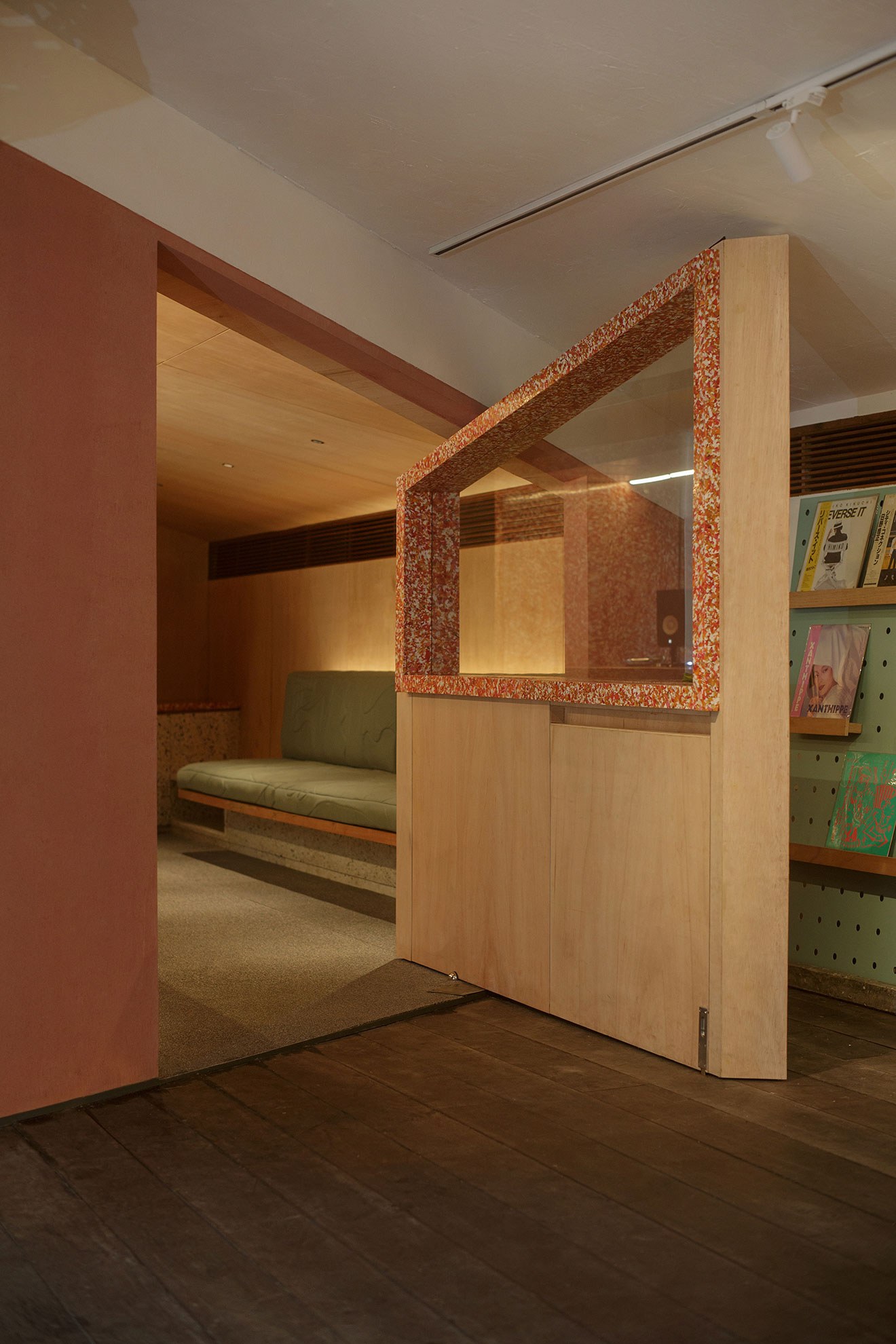 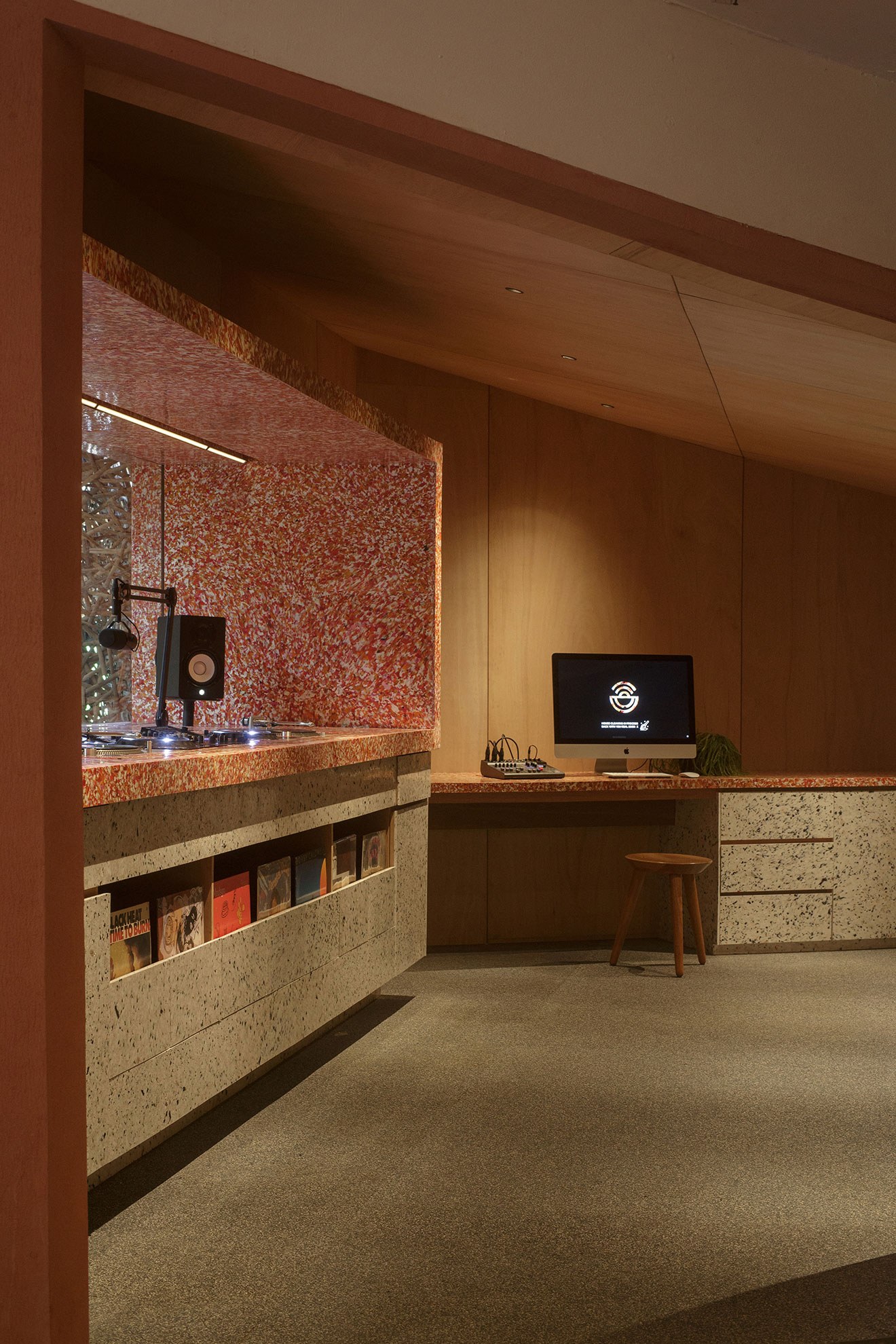 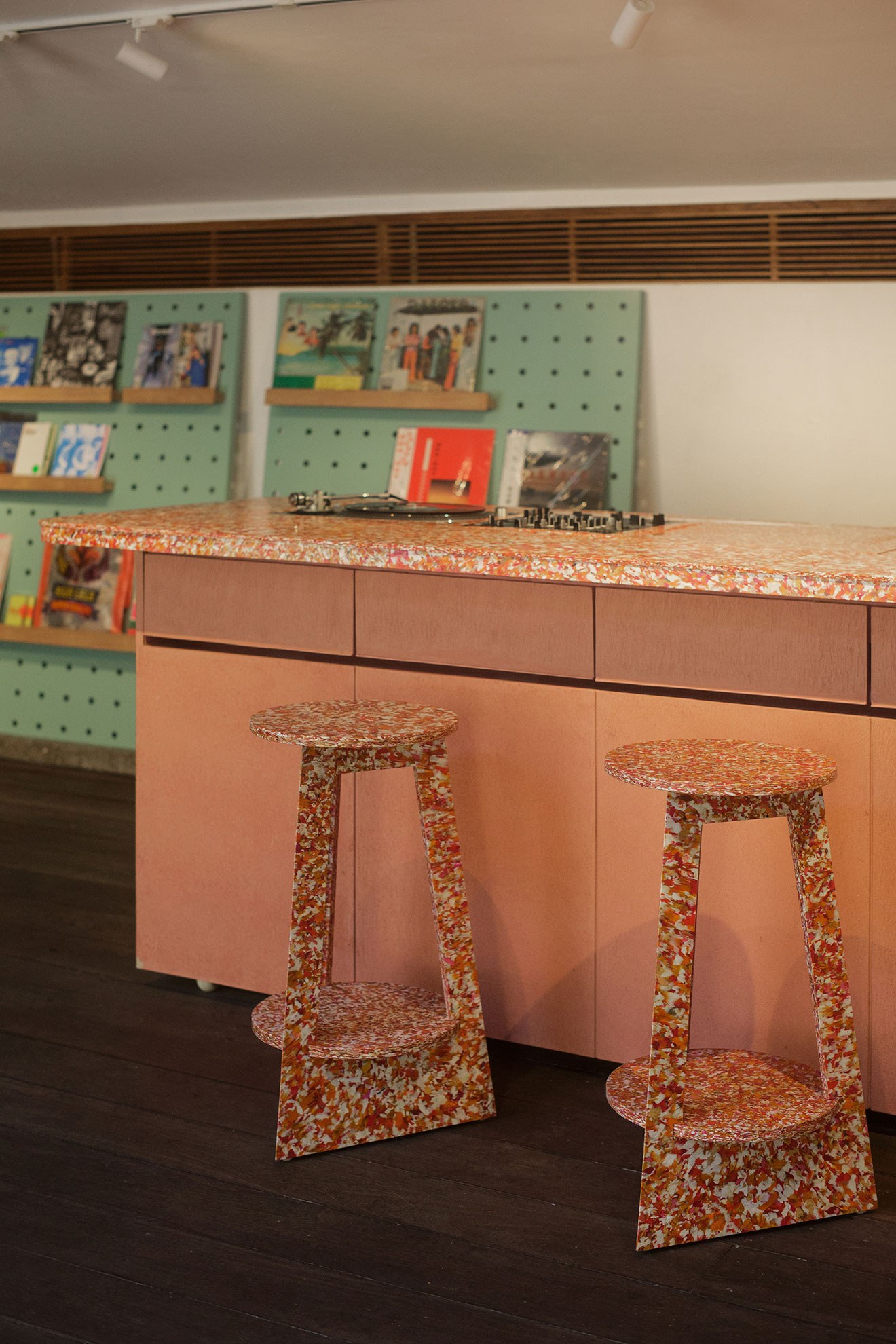 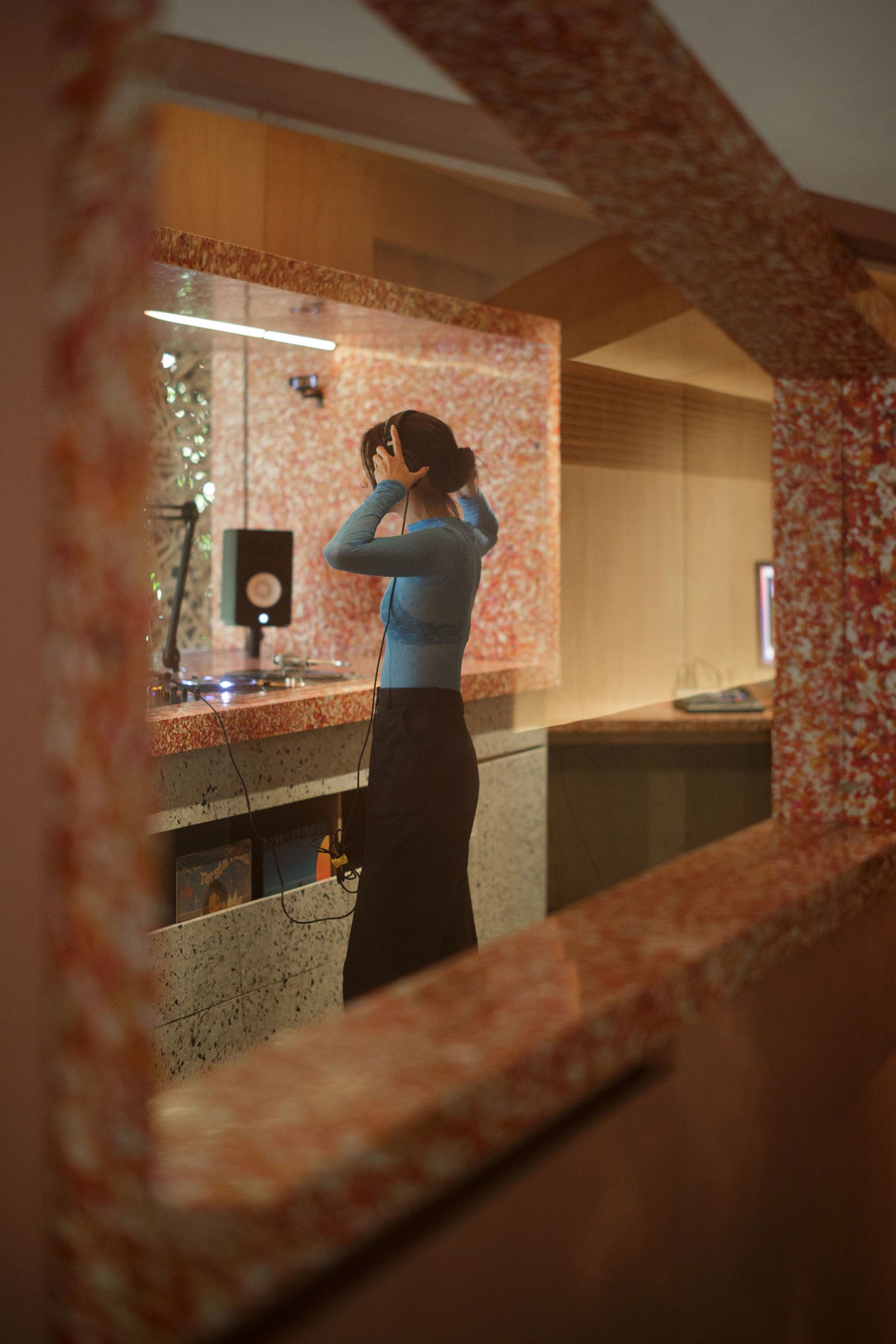 From this homebase, the team will be beaming content to the world daily from 7am-7pm GMT+8. Breaking free from its once musically anchored agenda, HEADSTREAM looks to evolve the “beach club’s” connection with its global audience and introduce forward-thinking elements of local culture alongside a regionally focused leftfield soundtrack.

“Fundamentally, HEADSTREAM seeks to unearth new and unheard voices, connect communities and provide a global stage for the archipelago’s many DJs, collectors, creatives, thinkers, musicians and cultural heroes, which is where the digital streaming service occupies an important space," reads a description.

“The HEADSTREAM program will soon expand with documentary films and other surprise progressions, fuelled by a core notion: to discover new pathways that facilitate the dynamism that characterises the brand, while enhancing its offering of music, art and dialogue.”

The launch of HEADSTREAM follows in the wake of a gradual reopening of Desa Potato Head, a multidisciplinary sustainable kingdom and audiophile indulgence by the beach that had been in the works for years before the pandemic shut the show down just weeks ahead of its official opening. Today the Desa has 168 rooms, a Balearic-inspired amphitheatre, an art house, a deep listening bar, an under-construction subterranean nightclub, a pop-up rooftop DJ booth and is a training ground for emerging artists. Designed together with David Gianotten at OMA, the Dutch practice founded by Rem Koolhaas, Desa Potato Head started a slower-than-planned reopening in July with the all-new Potato Head Studios and its alluring artist-in-residency program that altogether look to re-shape how people experience hospitality.

For programming and more information, visit headstream.digital or head to potatohead.co.

Curious to see how this puppy was built? Read below for the HEADTSREAM design specs as well as pictures from the making of this upcycled treasure: 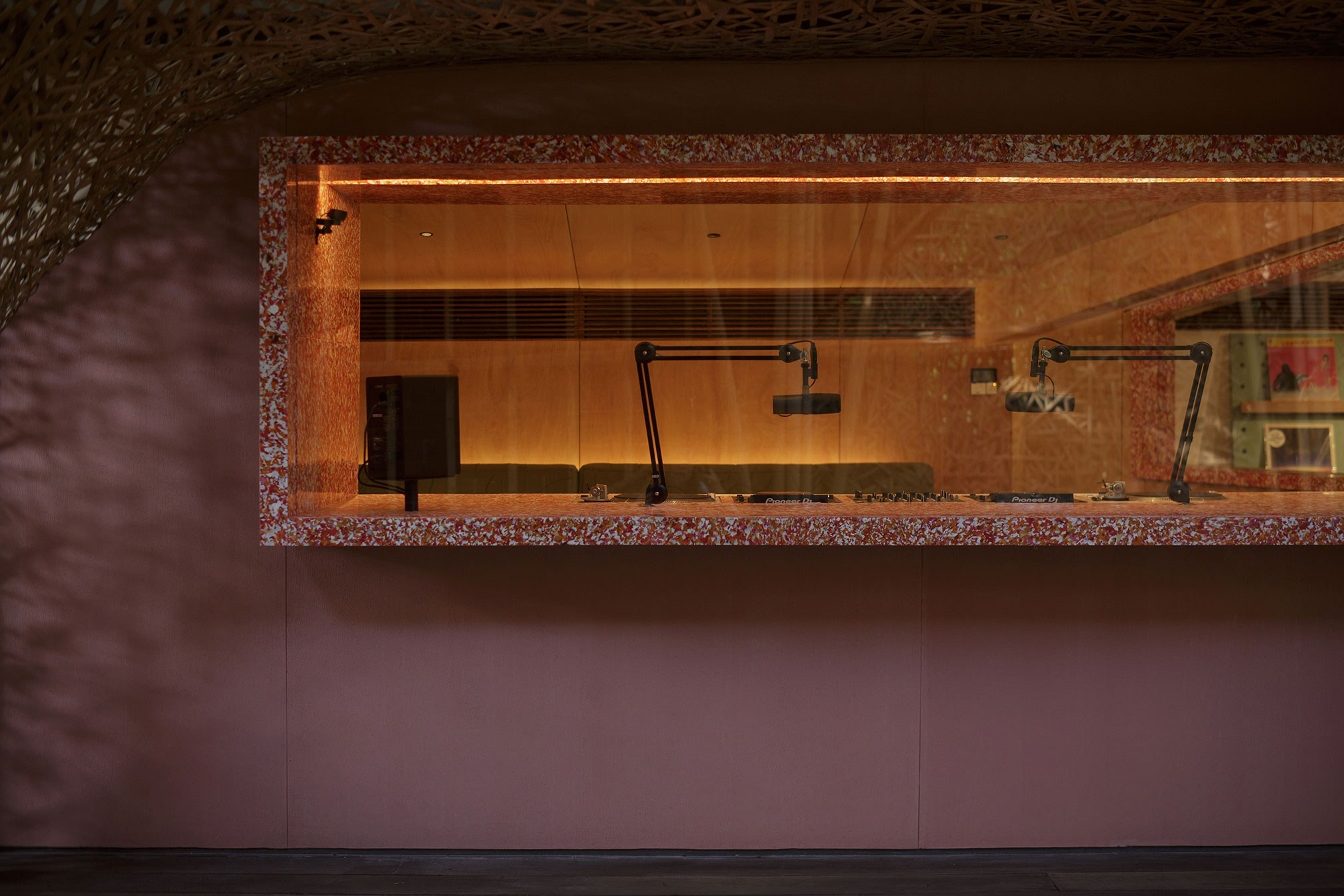 A total volume of 564 kg recycled plastic panels were used for the Headstream installation.

140 kg of the plastic used for the white panels is made from High Density Polyethylene (HDPE) from motor oil bottles collected from household waste across Bali.

424 kg of plastic used for the red panels were made from motor oil bottles and mineral water bottle caps collected from rivers and waterways across Bali.

Scraps of paper and foil found on the surface of each board come from bottle labels, and food packaging.

170 kgs of recycled rubber flooring made from industrial rejects (e.g. rubber stamps and other products).

Made from Portland Pozzolana Cement (PPC), mixed with dust and offcuts from their recycled plastic panels.

​Base Display by Yoga Interior

20 m2 of recycled rubber were used in the production of the floor. 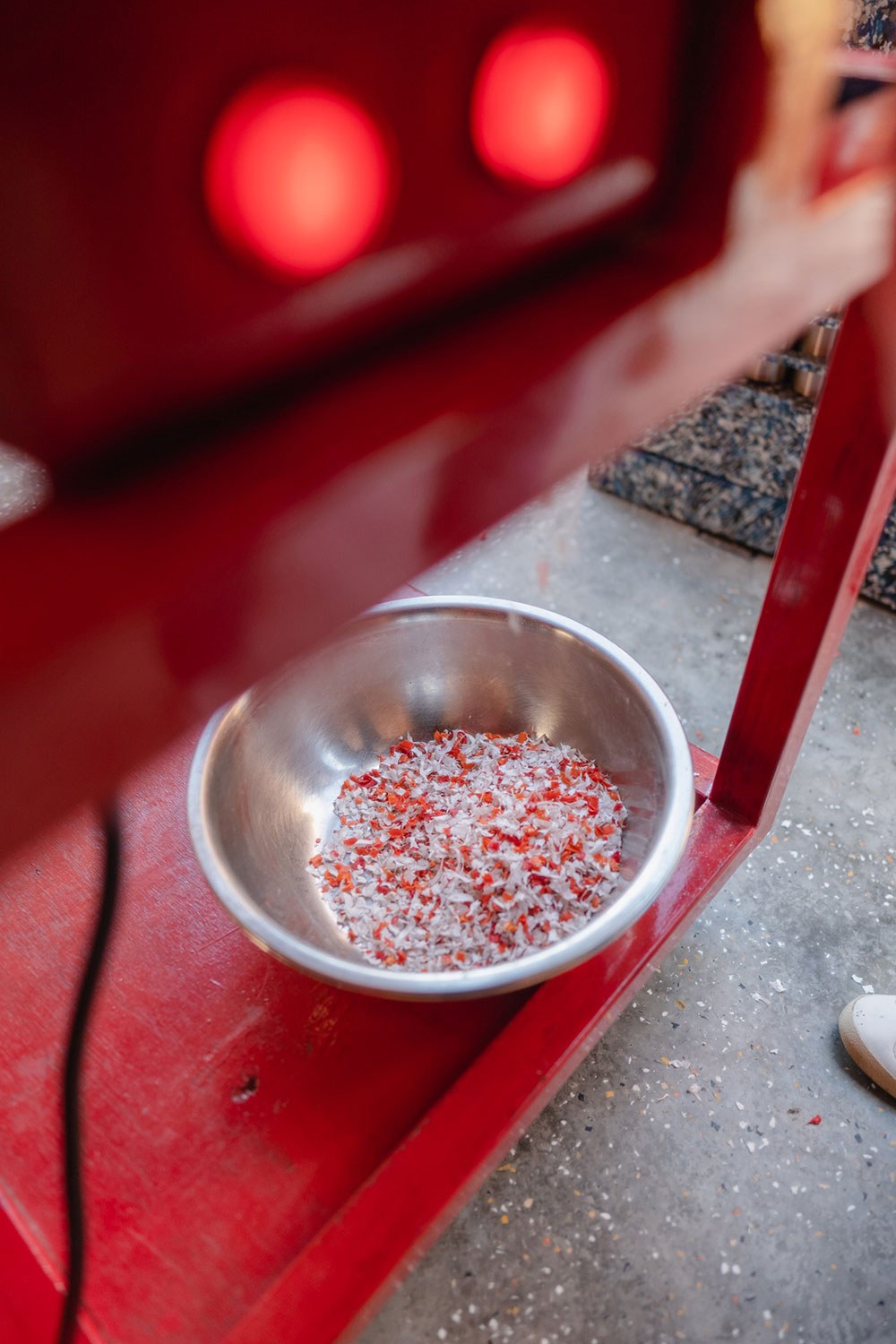 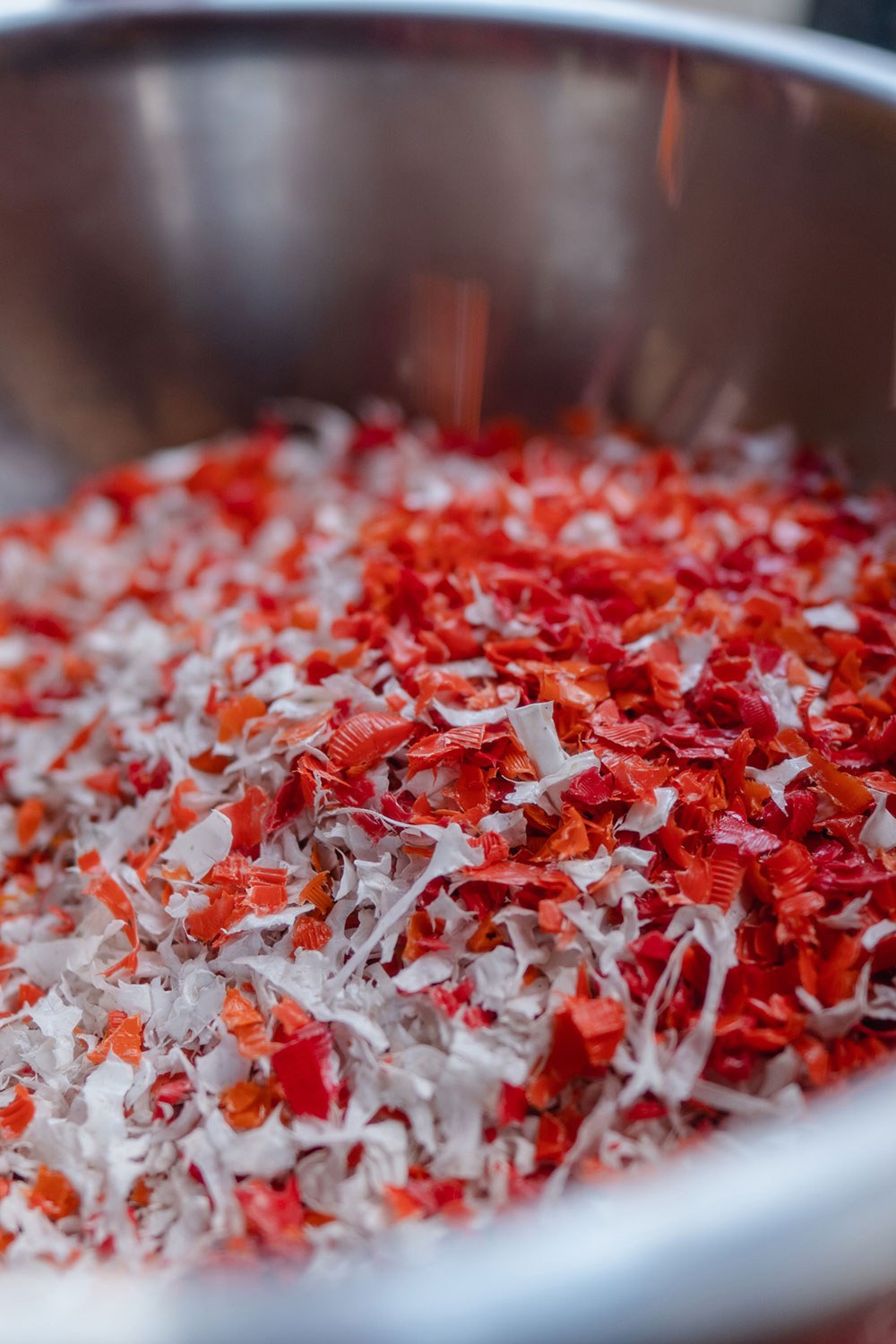 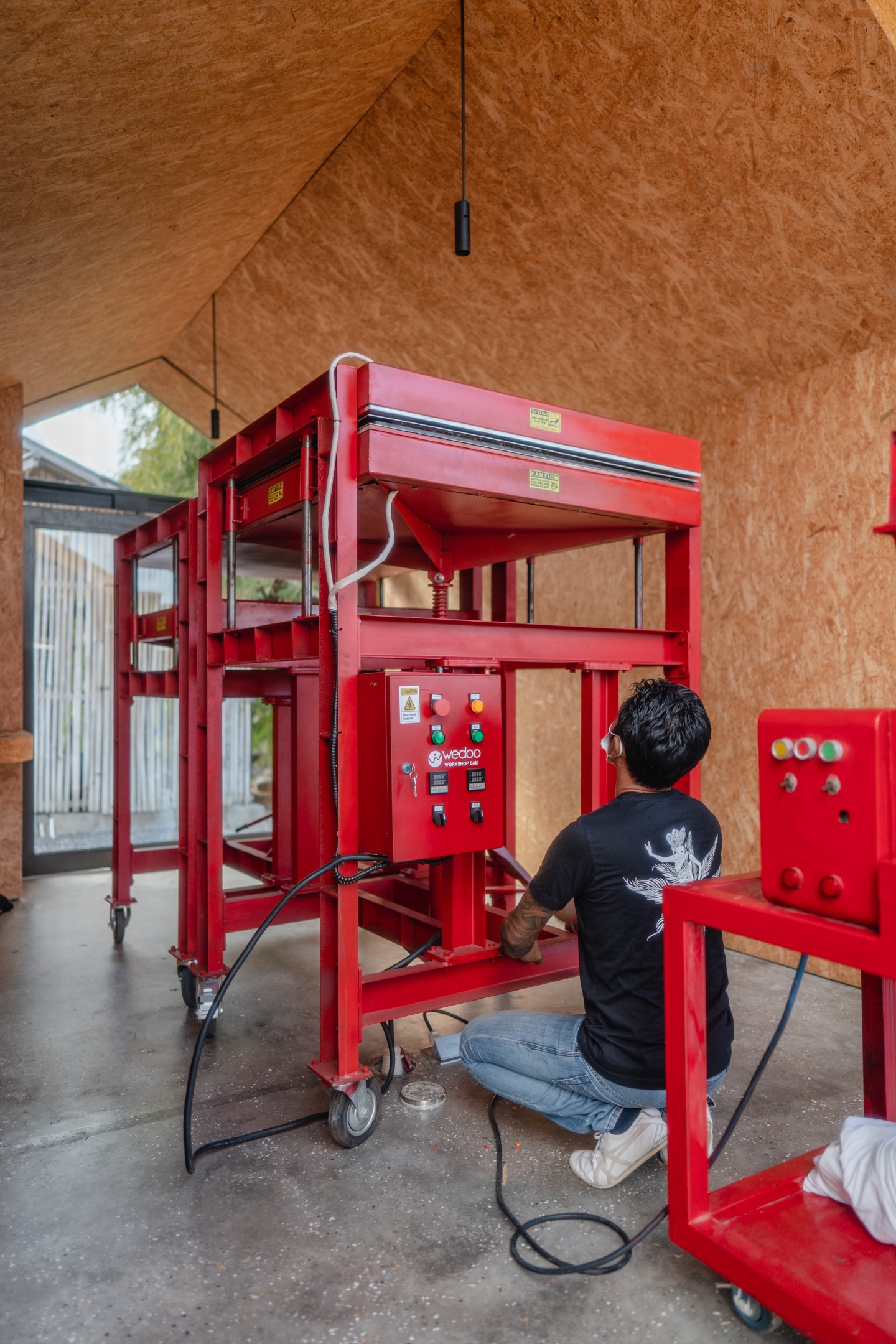 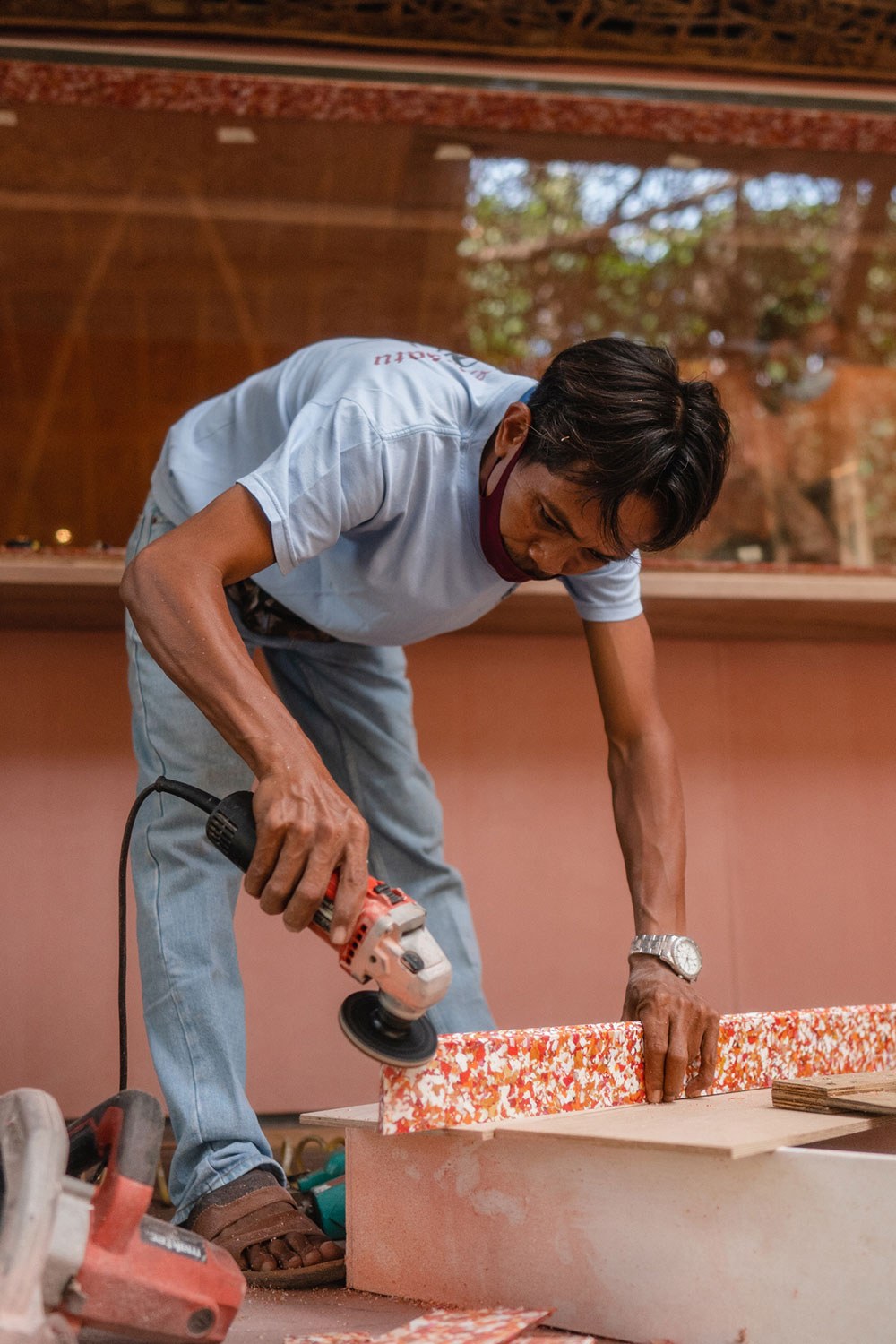 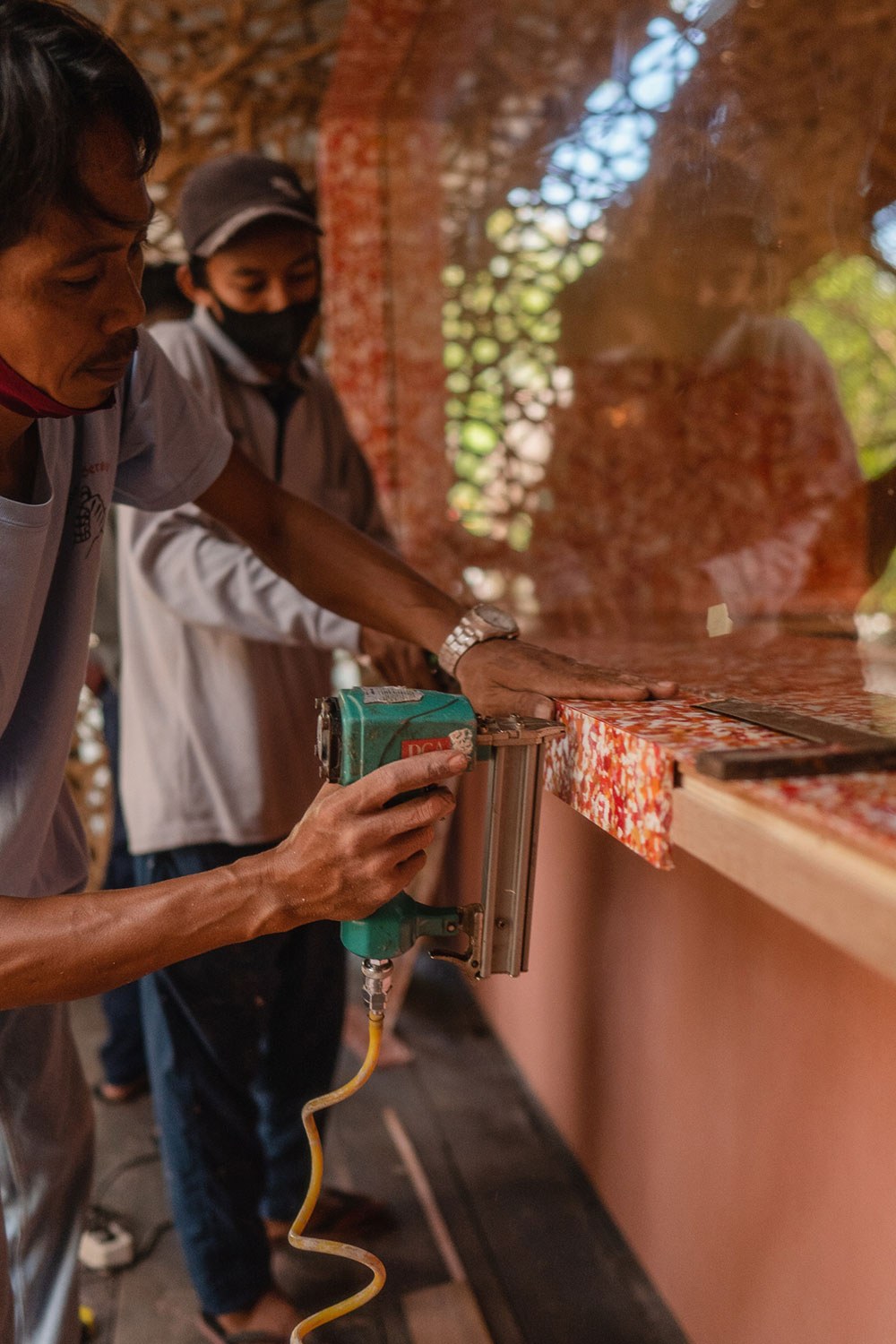 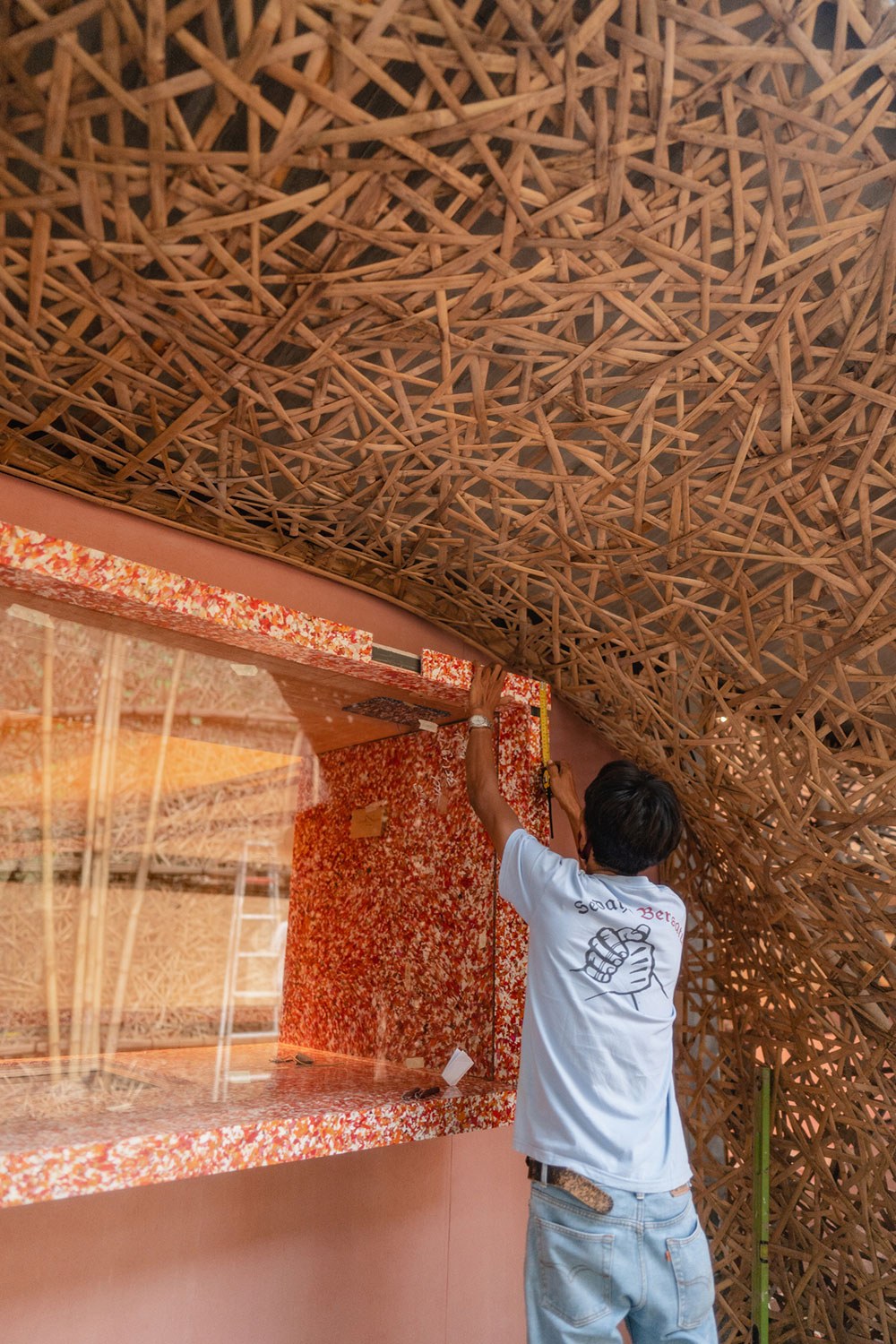 For programming and more information, visit headstream.digital or head to potatohead.co.