Beneath the futuristic sheen of the Singaporean metropolis lies a melting pot of Asian cultures teeming with stories of the past, including weathered anecdotes of the local music climate. Enduring till this day, there exists a treasure trove of musical oldies that immortalises this intriguing period in the young nation’s history. From this golden age, you had a melange of genres that adopted influences from the West while applying a more local spin; groovy Asian renditions that took cues from the likes of rock ‘n’ roll, surf music, funk, disco and psychedelia. It was a phenomenon that rocked the floors of the city before electronic dance music surfaced, and even now, it’s still got that spark. 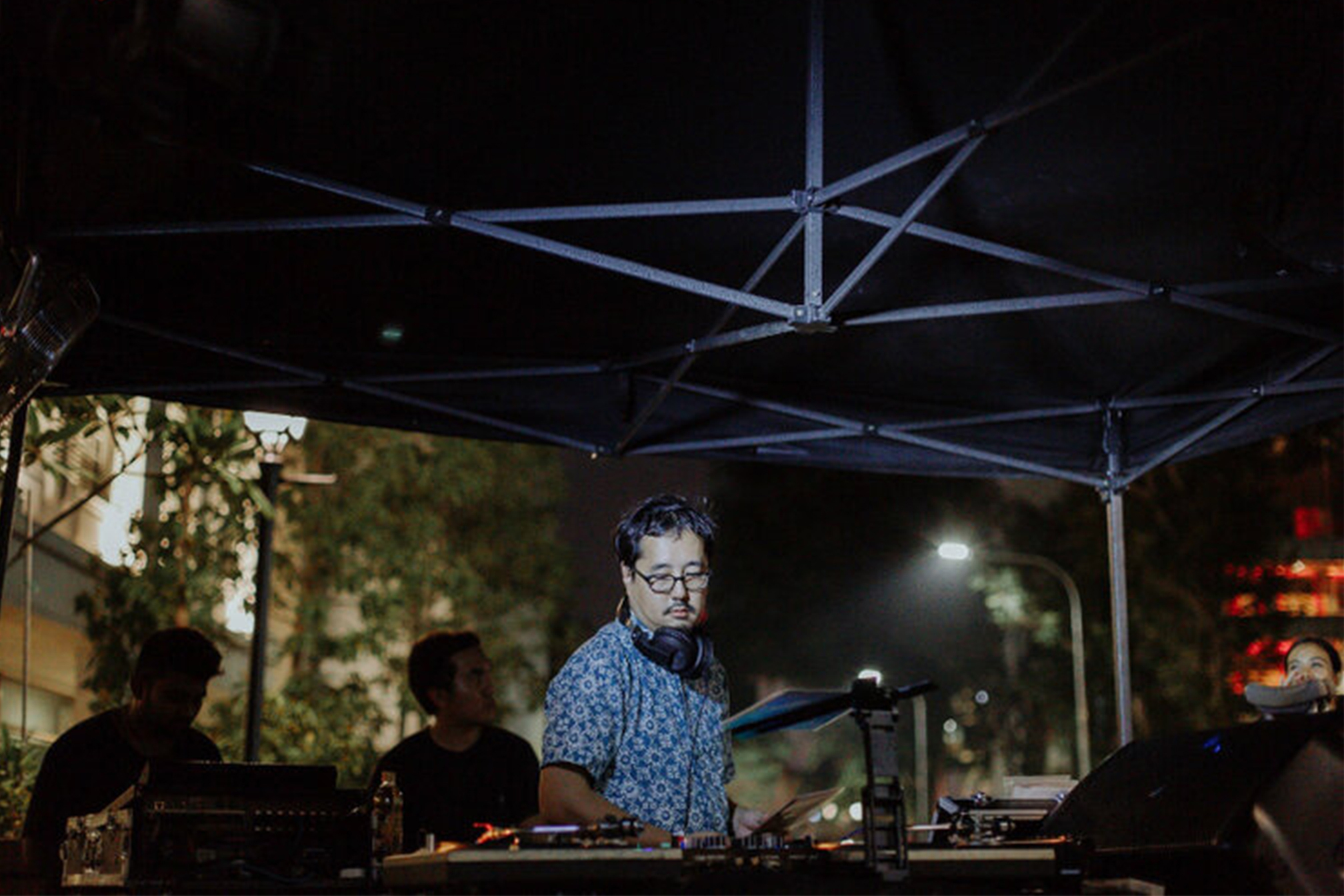 Standing out from the abundance of house, techno and EDM selectors are a few who specialise in these nostalgic cuts, becoming de facto custodians of this chapter of music. Itch is one such DJ who offers such auditory time capsules every time he goes on, kicking off an educational and invigorating voyage that spans decades. For years, the Japanese, Singapore-based aficionado has been rolling out fresh-sounding flashbacks via forays into vintage Asian rarities that date as far back as the 60s. And while you might think this is an extremely niche area (it is), it’s actually helped him gain solid footing in the scene, from clinching residencies on Singapore Community Radio to past festival appearances like Neon Lights and Tropika.

"I have been actively collecting local vinyl records since 2017, inspired by the passion for digging for Singaporean and regional ‘local exotic funk a-go-go’ music from the 60s to early 80s, such as Nanyang a-go-go or Hala-Hala, Malay-Indo Funk, Chinese disco, Pop Yeh Yeh, Asian city pop, and other rare Asian groove music,” Itch elaborates on his pursuits. Stumbling upon a gem called 'Gu Bak Kway Teow' by Singaporean band, The Stylers, at the esteemed Red Point Record Warehouse was what flung him into this trajectory in DJing. “It was a kind of music I’d never heard before, and it had an exotic groove and funkiness that would be interesting to play for a crowd. That’s what motivated me to research more Asian boogie and Asian rare grooves!”

Just like the goodies he excavates from crates, Itch has helped dig up a blooming interest for this music amongst the local community. The Asian boogie music he delivers isn’t too far off from the resurging popularity of Japanese city pop that’s reached meme-level fame, striking a chord with youths looking for a different kind of DJ set. To satisfy these cravings, Itch started his monthly NIGHTCAP events at the now-defunct White Label Records in 2019, mixing Japanese city pop with Asian boogie, funk and disco music. “It was quite interesting to see the young audiences react (with surprise and enjoyment) to the music I selected, like an ABBA cover in Malay or Chinese,” he shares. 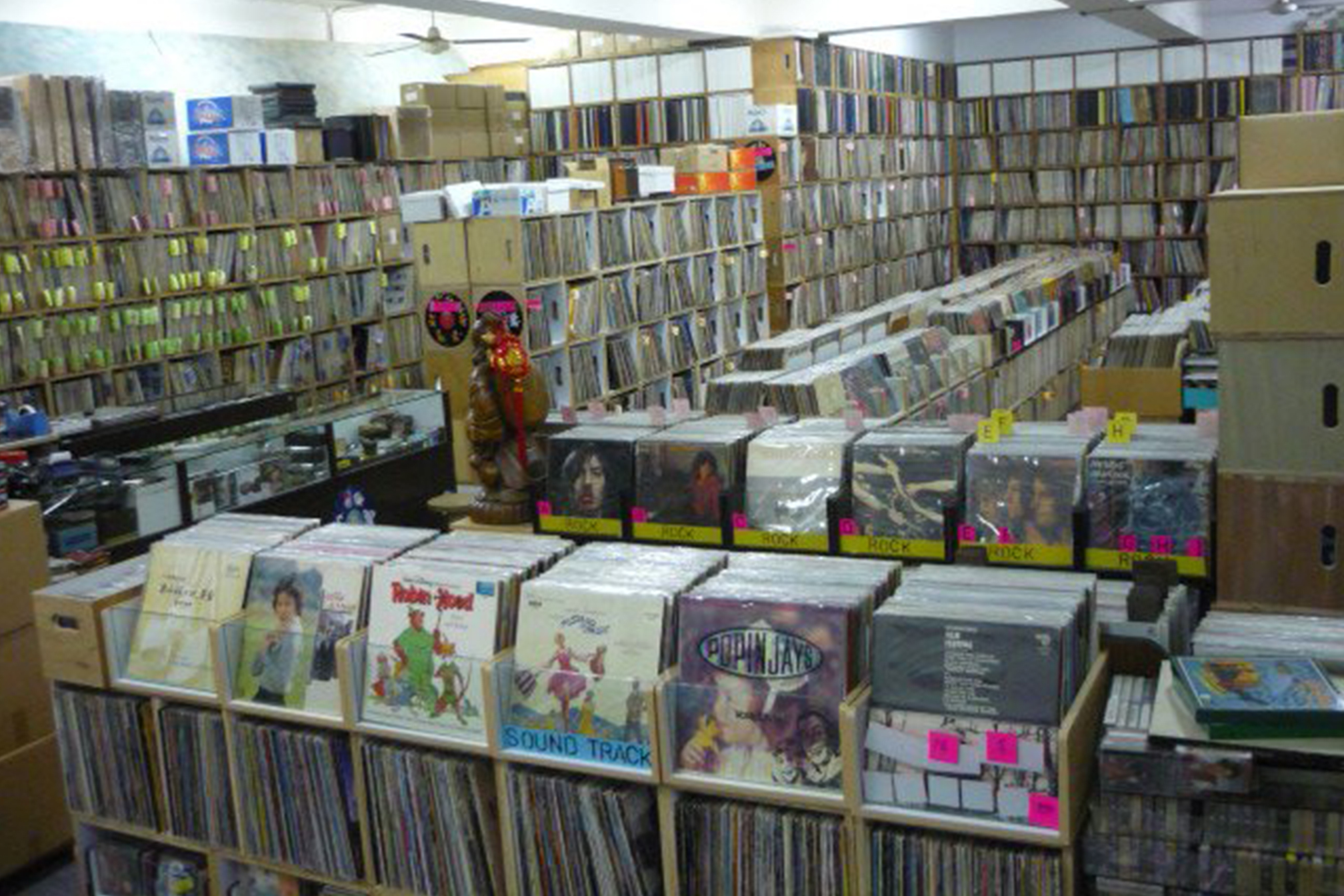 The rise of such tunage in the city can also be attributed to the ever-growing appeal (and resurgence) of vinyl culture. Over the years, there’s been a heightened appreciation for the analogue medium, and a higher demand for rare records amongst the masses, both hobbyists and avid diggers. Singaporean record stores like the aforementioned Red Point Record Warehouse and Vinyl Kakis are just some of numerous purveyors known for stocking Asian classics, and it’s selectors like Itch who are shifting the tide towards stores like these.

Another significant observation of this brewing interest is the quality of the sound itself. Unlike a perfectly polished techno tune that are a dime a dozen today, these vinyl relics sport a rich sound that’s charmingly characteristic. With many retaining a raw flavour or lo-fi nature, these tunes yank listeners further into an immersive experience; a captured memory preserved across time. It’s an allure you won’t find on any modern-day record, and that’s why you have its advocates keeping it alive.

One such guardian of this culture is Robin Chua, who goes by many aliases in the Singaporean scene. When protecting these musical gems, he becomes Tiko Jackson, co-founder of Tiko Disko, a series that’s been promoting this retro niche with parties and events for over seven years. As a bona fide vinyl junkie with a wealth of knowledge, Robin is a respected figure in this department who embraces the gritty quality of these records.

“Quite often, I feel that such music is marginalised because it’s not as polished as the Western counterparts, and sometimes deemed inferior,” Robin shares. “But what lies in its flaw is also very much the same element that’s charming about it. In its quest to mimic the west, these Asian musicians end up coming up with something that’s truly their own, taking their own Eastern culture and applying them into the music.”

With immense pride in these works, Robin uses Tiko Disko to promote the likes of Thai funk, Cantonese disco, Singaporean surf, Chinese mambo and other audial artefacts from around the region. Being in Singapore gives him an upper hand, putting him closer to the epicentre of these influences, and he takes pleasure in sharing this knowledge with the rest of the music world – one that’s always in search of ‘exotic’ sounds.

“There’s always this fascination with Asian culture coming from the West, and a few DJs have already been plundering and featuring such Asian tracks. So instead of letting foreigners tell us what’s good, why don’t we do it ourselves by exploring and showcasing our own legacy? That’s what I always believe in, and what Tiko Disko is about,” he affirms. 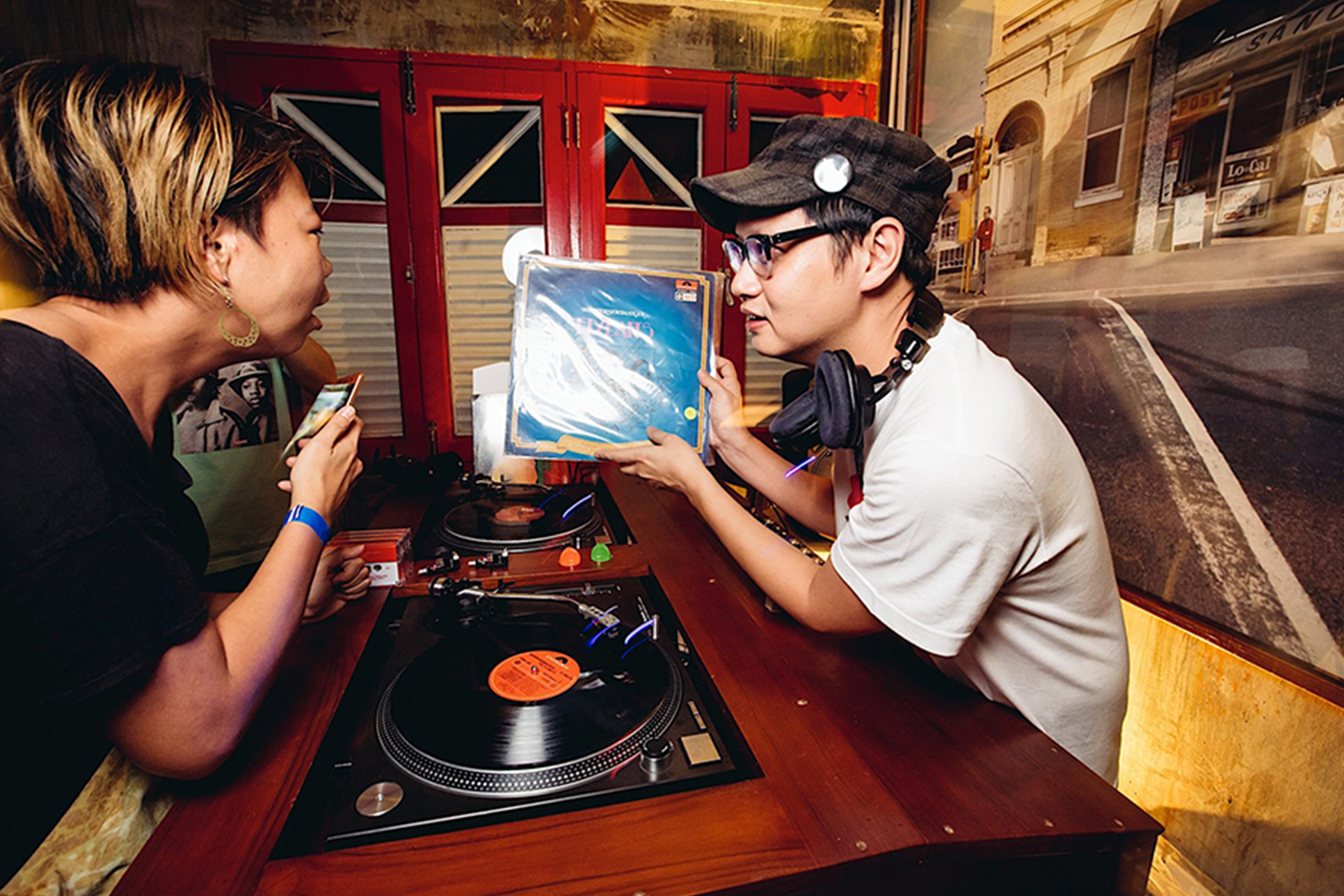 Today, in a world where parties remain paused and the dance floors barren, scene champions like Itch and Robin are keeping things exciting with their vision. Through digital shows that exhibit their vinyl vaults, they offer an enlightening escape with content unlike the majority of sets that’ve saturated the stream.

They elucidate, they exhilarate, they make you go, “whoa, what on earth was that track?”. The fact that such treasures existed over 50 years ago on this side of the world truly demonstrates the universality and longevity of music; a tenet that’s most captivating in what selectors like Itch and Robin do.

And more importantly, they make you wanna boogie your butt off.