This week, we speak with Robb Harker, CEO Supermodified Agency. Usually based in Bali (but passing COVID in Korea), Robb has built the firm into a leading Pan-Asian booking agency in the dance sector. For over fifteen years, Robb and team have booked major international acts throughout the region, including heavyweights such as A-Trak, Dimitri Vegas and Like Mike, Martin Garrix, Vicetone, Yellow Claw and dozens more. Additionally, Supermodified exclusively represents top Asian talent such as RayRay, Dipha Barus, MYRNE and DJ Soda. We spoke to Robb about the journey of building Supermodified into the powerhouse it has become.

Otto Clubman: Hi, Robb. Let’s start at the beginning: How did you first get into the music business?

Robb Harker: I’ve always had a love of travel. I’m originally from Canada, where I completed my four-year college degree in 6 ½ years, due to taking a couple of gap years. In the early 1990s, on one of these breaks, I found myself in Thailand at a Full Moon Party at Koh Phangan. I meant to stay three days on the island and ended up leaving three months later. I really discovered the rave scene while I was there.

I went back to university and sought out the rave seen in Victoria, Canada. Then, after graduating, I ended up in Seoul. The music scene there, at least from a dance music perspective, wasn’t very impressive. It was essentially all top 40 hits. So, I organized my first event there, where I flew out a DJ from Vancouver. I picked him up on a public bus and he slept on my sofa. It wasn’t fancy. We sent out flyers for the show and had no idea what would happen. To our surprise, 800 people showed up! And we were off. I ended up organizing events in Korea for over six years, from 1998 until around 2005.

As a promoter, I had been booking most of my DJs from Simon Birch, founder of Way Out East, which acted as the Asian rep for Excession Agency. He was running the business out of Hong Kong at the time. I took over, rebranded to Supermodified, added more artist and just kept building things as the market continued to grow around the region. Over the years, I moved back and forth between Bali and Seoul a couple of times, most recently coming back to Korea in March as COVID was heating up.

How large is your team? Where are they based?

SMA’s team has grown exponentially in the past few years. We are spread out all over the world, including Bali (when I’m there), China, Thailand, Australia, Taiwan, Berlin and Los Angeles. One great thing about this business is that the team can be pretty spread out, and still be effective. So, when COVID hit, we really didn’t need to change the way we worked very much. We had been used to communicating digitally - and not being physically in the same place — for many years. From a work-flow perspective, it wasn’t a big difference for us.

How did you learn to promote events in Asia? Who did you look to for guidance when you promoting your first events?

Actually, in Korea at the time — back in 1998 or so — there was really nobody to look to for guidance. I was pioneering the dance music space in that market at the time. I just kind of learned as I went. There was a lot of trial and error, which is ultimately the best way to learn. I kept doing shows and correcting the format, until I got it right. Eventually, my company created the template for EDM in Korea.

"Until recently, the DJ Mag 100 was the Bible — the “be all, end all” to many. Now, fans and promoters don’t have direct access to this talent, so they are looking at the local DJ pool and weighing different factors."

You eventually transitioned from promoting events to running an agency. Who did you look to as a model for the agency business?

It was similar to when I launched the events business. Really there was nobody else to look to at the time; it was still very early in the agency space in the dance music sector in Asia. I sort of made it up and paved the way as I went along. Years later, as the market grew, some of the big international players moved into the market. At that point, I was able to look at them and learn further by watching their models and adopting the strategies which worked for Asia and avoiding those which didn’t fit the market. But, at the start, it was just us, making it up and finding out what worked and what didn’t. This year — 2020 — marks the 15th anniversary of Supermodified, so things are clearly working well.

These days, is your focus more on Asian or Western artists? Have you seen the balance of opportunity shifting between artists from these different regions?

We represent a lot of great regional DJs, and have really seen them develop over the years. Honestly, they are just as good as the “Internationals”, yet they are still pegged as “Regional” in the sense that they generally get slotted earlier times and get earn lower fees. However, since COVID hit, we’ve seen a significant shift. For example, in China and Taiwan, the profile of local DJs has been elevated quite a lot. Their market value has increased and locals and promoters have begun valuing their talent more.

Until recently, the DJ Mag 100 was the Bible — the “be all, end all” to many. Now, fans and promoters don’t have direct access to this talent, so they are looking at the local DJ pool and weighing different factors. Artists are being booked on their DouYin numbers or other chart rankings. Factors outside the DJ Mag 100 are being considered. This has been a great boon to local DJs, helping them gain status in their own markets. Promoters have realized they don’t always need to pay the big international guys to fill the clubs. As a result, local talent is developing.

Do you think things will shift back after COVID to favour international artists?

That’s the big question. On one hand, you would expect to see a boom in the market as fans are dying to see their favourite acts touring again. On the flip side, venues in some markets are seeing bigger than ever profit margins as they operate with much lower talent costs. There will always be a demand for International artists in Asia but post COVID we could well see more of a balance with venues relying more on local and regional talent than before the pandemic. 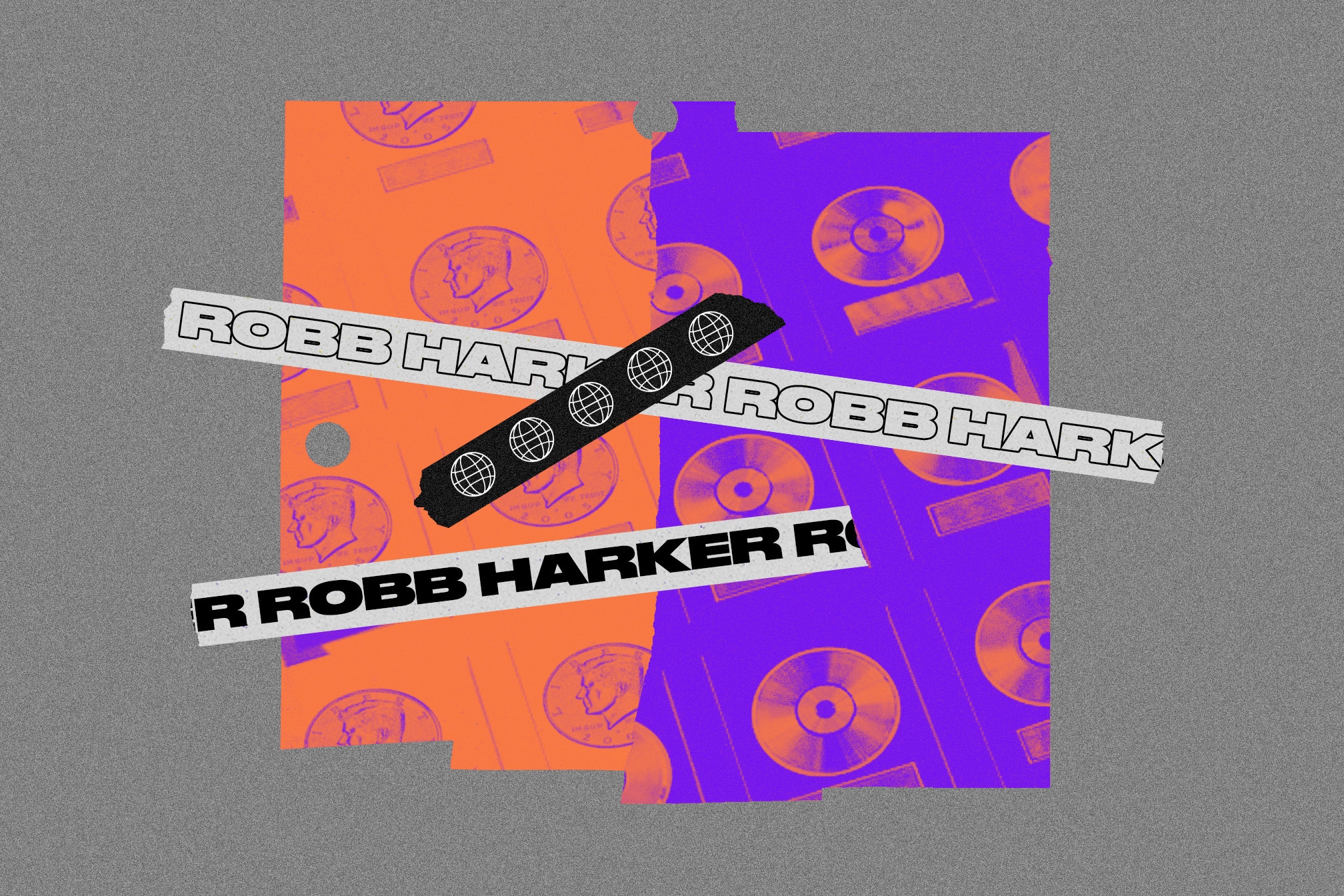 To me, the biggest difference in China compared to other Asian countries was the frequent lack of transparency as to whom you were actually talking to or dealing with. Sometimes, in the early years, it was very hard to know what authority they actually had. Early in the China-boom, there were a lot of “bosses” going around saying they had the authority to represent an artist or a club. In the rest of Asia, it was somewhat easier to know who you were talking to, and their actual position and authority. At the start, to us, it wasn’t always clear who was actually in charge. Over the years, we’ve developed deep relationships and have “boots on the ground” now — so now we know the parties and the promoters. Really, there is no substitute for developing relationships over time and being on the ground to vet new people, as they pop up. It took us a little time to get this right.

India was like this, as well, as it started to experience its rapid growth stage a few years ago. Suddenly everyone with a Gmail address was an “Agent”. It was really confusing and took time to figure out who the real players were. Over time, markets tend to mature and stabilise, and it becomes easier to know who are the real players and who aren’t. But in any fast-growing market, there is always a degree of confusion at the beginning.

How about selling tickets to fans in different markets? Is there different consumer behaviour from country to country?

Yes, there are definitely different consumer buying patterns in different markets. In some countries, fans tend to wait until the last minute to buy, as a general rule. Other times, fan behaviour is based on the track record of a specific promoter — whether they are perceived as trustworthy or not.

Korea is a great example of buying patterns being shaped by larger market forces. For many years, Koreans wouldn’t buy until the last minute. Why? Promoters would often take sponsorship money and have paid for the venue, But as the date of the show got close, they would panic if tickets weren’t selling, as they couldn’t be seen as having an empty floor. Accordingly, they would panic and give away remaining tickets for free. This was really common practice. Well, people caught on. Fans realized that if they waited, there was a good chance they could get a free ticket. So, early pre-sales became a very rare thing; people were conditioned to wait, thinking they could probably get in for free if they were patient.

In Taiwan, fans also tend to purchase at the last minute, but for a different reason. In Taiwan, events often get cancelled at the last minute. As a result, people aren’t really willing to buy tickets early. Given the likelihood of a show being cancelled and the hassle of getting reimbursed, it just wasn’t worth it — even for a slight discount to buy early. So, people tended to wait. Eventually, the whole thing became a self-fulfilling prophecy. People would wait to buy because they were afraid the show would get cancelled; then, the promoters would get nervous and cancel the show because not enough tickets had been sold. It was a real Catch-22.

During COVID, a lot of artists have turned to streaming and other newer technologies to keep in touch with their fans, and earn a little money. What do you thing about these models?

There has definitely been a shift to virtual streaming in the last few months. This shift was actually coming anyway, and was inevitable – recent events just accelerated the move. To me, though, these digital experiences can never replace the live shows. Yes, it’s a temporary substitute, and there will probably be some kind of co-existence as things get back to normal. That said, I do think the whole virtual world aspect is very interesting. I think the events that consist of avatars and interactive “virtual worlds” will continue to be a growing field. These experiences are supplementary to the live events; they don’t take its place.

Speaking of getting back to normal, how do you think things will recover across Asia?

I see light at the end of the tunnel. We are starting to see some relaxation of border policies, and there are plans to create travel bubbles which open possibilities for regional artists to perform around Asia. Clubs are open in most of the Asian markets and festivals are resuming in some countries too. Artists willing to sit quarantine are already booking shows again. Still, it will take a while to actually get back to “normal”. I can’t see touring resume properly until we have a universally accepted vaccine.

That said, there are opportunities for those willing to put in the extra effort now. For example, RayRay started a Twitch stream back in March, and is doing this three times a week now. She has accumulated a large fan base through this activity averaging 300k unique viewers with each stream. She has reached the number one streaming channel in the music category on Twitch Global multiple times. So, until live performances fully open up again, artists can still continue to grow their fan bases, if they put in the work.