For a weekend in June, it appeared that Korea’s electronic music scene, which is usually centred in the Itaewon district of Seoul, decided to collectively pop up in the mountainous countryside area of Chuncheon, approximately 2 hours away from the city. The Air House assembled an impressive lineup, with some of the most crucial pioneers and DJs in the electronic music scene present, including Marcus L (Faust), Conan (Tunnel), DJ Bowlcut (SCR) and Radio Revolution, the curator of the event, who has been a linchpin for years and is a resident at Livin’.

In Seoul’s nightlife, where the stiff competition between venues occasionally gives way to beef and backstabbing, the collaborative effort of The Air House is remarkable in itself. Radio Revolution, known as Doogie in daily life, believes in the ethos of mutual growth and support, which only rose in importance with the collective challenges of the underground scene during the pandemic. With the relief from pandemic restrictions, the event had significant symbolic and emotional significance for the scene as a moment of resurrection.

Korea’s festival circuit is generally composed of highly choreographed and commercialised seances of celebrity culture. Pop stars are wheeled out one after another, playing a medley of their greatest hits in front of a wall of faces covered by phones. Amid this environment, The Air House has gone down a different route in centering the music and the atmosphere on its own merits without the bait of big names, choosing instead to provide a platform for what Doogie calls ‘local heroes’.

“There is no Swedish House Mafia shit headlining here,” a crowd member told me.

And as cliche as it may sound, there was rarely a phone seen around the stages of The Air House, which is a major deal in Korea.

Nestled in between the mountains of Chuncheon, the venue consisted of a large, open main stage, a smaller so-called ‘forest stage’, which was more intimate and intense, as well as a seated ‘chill zone’ with mellow, acoustic sets. With regards to the clientele, The Air House is perhaps the classiest rave that I have attended, as the crowd was well-behaved, impeccably dressed and spotlessly groomed, apart from the occasional shirtless expat, of course.

Personally, I quite enjoyed being at a festival that had fewer faeces-stained toilet seats and people fucking with their tent half open.

However, certain attendees felt differently, with one person amusingly calling the festival “half capitalism, half good music," as some pointed to the festival’s tight organisation and commercialism to be at odds with the origins of rave culture.

According to Doogie, this was a calculated move on their part to introduce the culture to a broader audience as a sampler, by balancing convenience and rave culture with the aim of incrementally becoming less commercial year by year.

“15 years ago, I did a small underground festival with 2-300 people, no phone, no Instagram, everybody bringing their own tent and sharing food. That’s really hard in Korea. People wouldn’t know how to survive," Doogie told me, while pointing out that in Korea’s convenience-focused culture, if people had to pitch their own tent and bring their own food, few would show up. 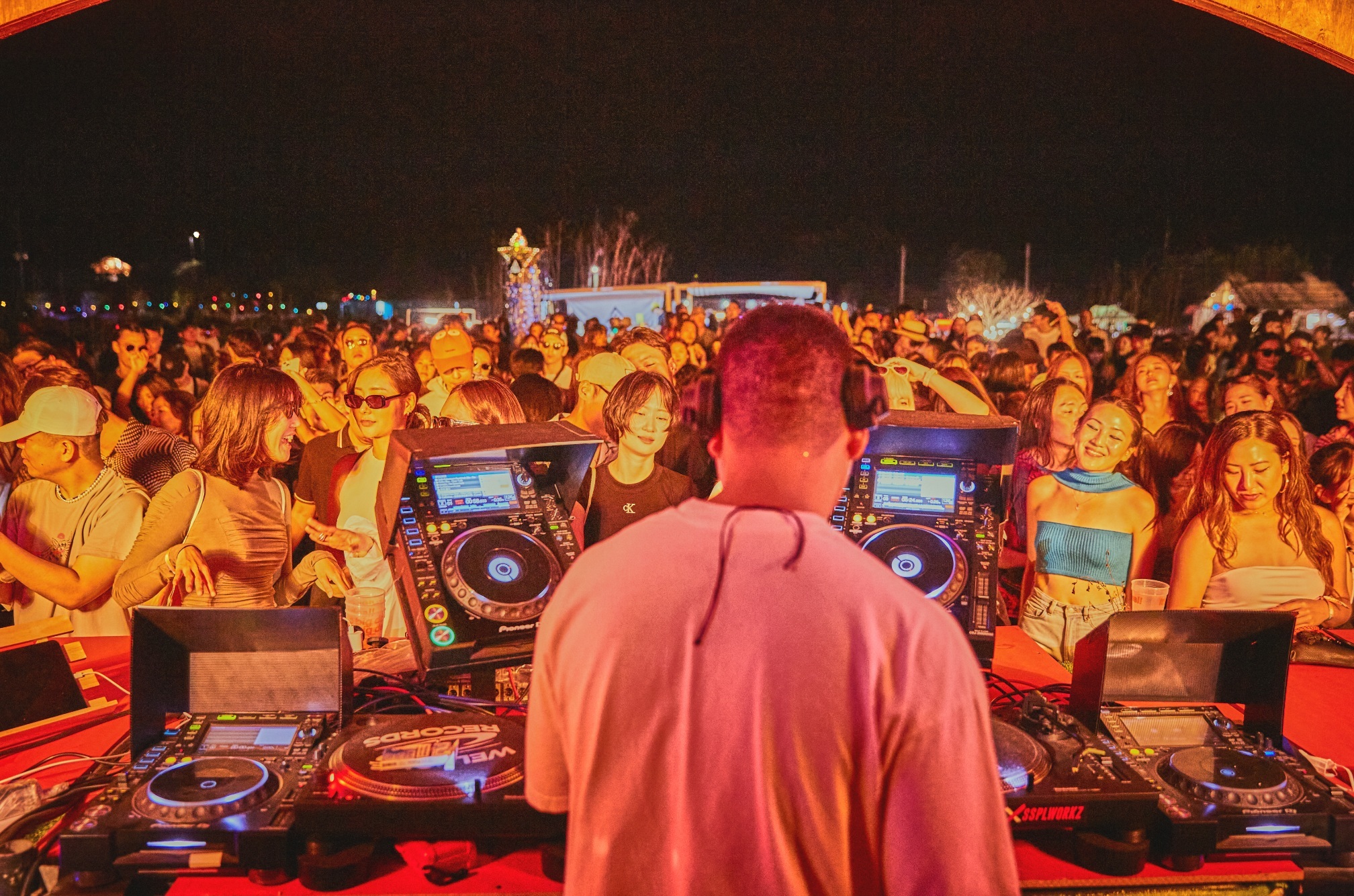 Comparisons to Western raves do indeed feel misplaced, given the sociocultural context, as it’s important to not discount the unique value and experience that The Air House brings to the audience and the scene at large.

“This festival is really special. I have never seen a festival concept like this in my life in Korea. It’s just nature as it is," said Tiffany Kim, a regular festival attendee.

The word 'freedom' continuously came up among the audience and around the backstage when people described their motives for coming to The Air House – the yearning towards being secluded from the stress of Seoul was palpable.

The metaphor can hardly be lost in the contrast between the hilly nature of Chuncheon and the concrete jungle of Seoul. With the immense pressures of being a young person in Korea, one could sense the relief among the crowd in being able to dress the way they want to dress and move the way they want to move without the old man in the subway judging them.

Jundo, a regular patron of electronic venues in Seoul, explains how the suffocating expectations under Korea’s culture of hierarchy and tight social norms, give way to the necessity of The Air House as a welcome escape, a place of expression.

“Every moment you dive into the pit, all the moments are right in front of you, you’re flowing in time, you don’t think about the past or the future, just sensing the present and not caring about social expectations. I love that, that’s how I feel about techno," he told me. 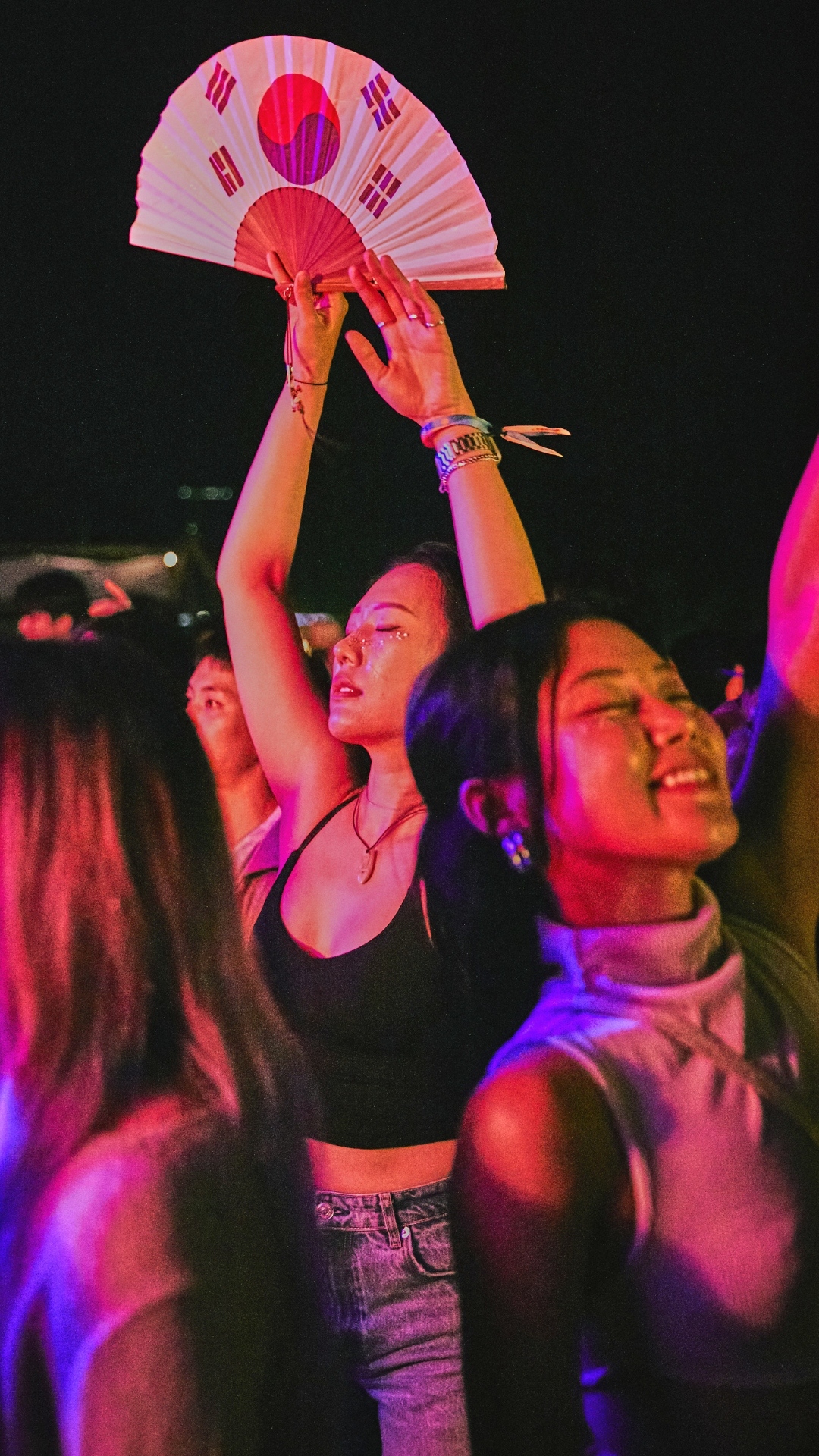 With drugs and rave being so intimately connected, some point to Korea’s harsh laws and patrolling against drug use as a barrier to the proliferation of the culture. However, that doesn’t seem to be putting a damper on the growth of the scene, as the speed and intensity of techno fits hand in glove with Korea’s ppali ppali (fast, fast) culture – regardless of drugs.

The crowd of techno venues in Seoul and elsewhere in Asia is sometimes saturated by foreigners who are looking for a pocket of Europe. This was certainly not the case in The Air House, with Koreans showing up in large numbers, making up the vast majority of the crowd.

Among attendees and artists, the growing popularity of electronic music culture is largely credited to an inherent lust for partying and dancing among Koreans.

“It’s in our blood. People are just looking for something to move to," a group told me in the hotel lobby at the end of the festival. 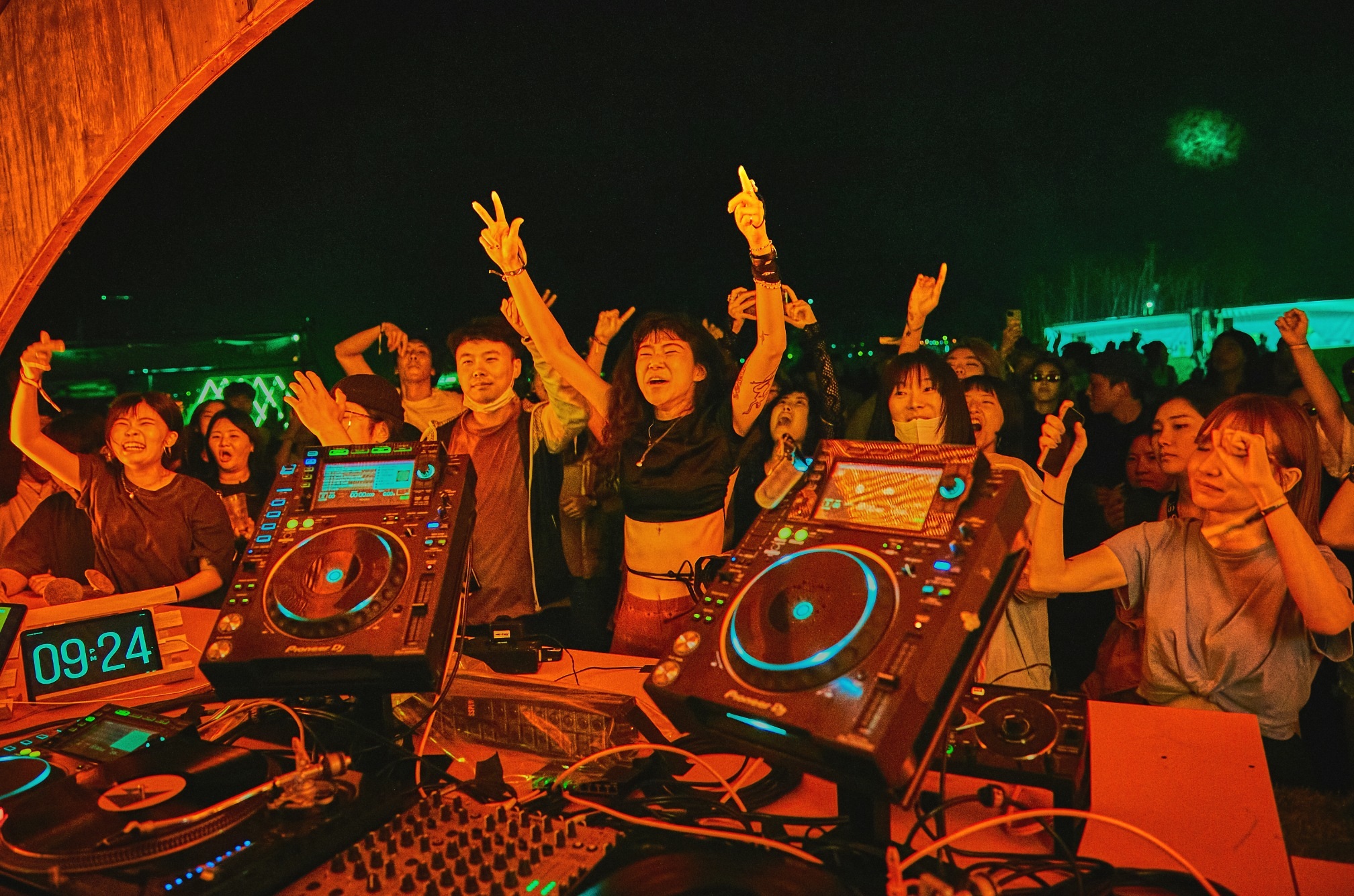 Dguru, a stalwart DJ of the electronic scene for 20 years has seen the growth of electronic music culture in Korea from having a couple of hundred listeners to hosting large-scale events like this.

He explained with surprising honesty that he is keenly aware of how most of the crowd at The Air House are probably just coming to party, rather than out of a love for electronic music. However, he believes that the festival serves as a gateway for the crowd to be exposed to new music and becoming familiar with DJs from the underground scene.

“Regardless of if they like electronic music or not, they have to be around it for many hours each day here. That’s a good place to begin,” he said.

While it might not be the right venue for those who want to roll around in the mud and get STDs, The Air House provided an accessible, deeply enjoyable event, serving as a celebratory statement of the endurance of the country’s electronic music scene. There is a sense that we are witnessing the glimmers of something bigger, a culture that is not only ready for a restart after the pandemic, but an expansion.

Check out The Air House Festival's Backstage video below.