Singapore’s unlucky streak with COVID-19 started when the virus first unleashed itself on the planet in January 2020. The city reported its first case only 11 days after official cases were reported in Wuhan, China. Three months later, the first phase of the city’s circuit breaker measures which included a stay-at-home order, a cordon sanitaire and an immediate shutdown of entertainment venues.

And when it comes to entertainment in Singapore, it seems like DJs and purveyors of club culture have been positioned right at the bottom of whatever form of priority list that was conjured up by Singapore authorities. There was simply no music-related work around — forget even DJing, you couldn’t even play a Spotify playlist in a cafe. You couldn’t DJ behind a glass wall; if you showed up in a hazmat suit and a USB stick, sorry Mr. DJ, your night will be turned away.

A blame game naturally manifested, which saw artists and creatives being dumbfounded by how they were given little to no option but to call it quits and say goodbye to their art form. For a while, Singapore had regressed to the Stone Age, where the only music allowed might have to be made with sticks and stones.

With the hopes of gigs returning becoming bleaker by the day, we saw DJs setting up paid channels for their mixes and humbly asking friends to support through donations — we saw DJs taking on food delivery jobs — we saw DJs venturing into the sex toy market — we saw DJs selling falafels — we saw DJs struggle, while adorning a hard smile.

Till today, one institution that was on the receiving end of a heavier blow than most is venue and music agency The Council SG — a space that was always considered a hub for nocturnal art forms. In the five years they operated, they were able to expand from one to three separate spaces, offering DJs and creatives plenty of platform to grow with.

But for every door that closes, another opens, right?

When The Council’s doors closed, there weren’t really any left ajar for her nor the artist community around her.

Founder and curator of The Council, Cats on Crack, shares her story of how she flipped the emotional distress caused by COVID-19 and got lost (and found) in a battle for the arts.

Just last week, she co-launched The Happy House with Tulika Ahuja from Mama Magnet; a pop-up art space where she pays the community a dollar for every smile received. We speak to Singaporean creative Cats on Crack as she unfolds her story of growing artfully during the pandemic. 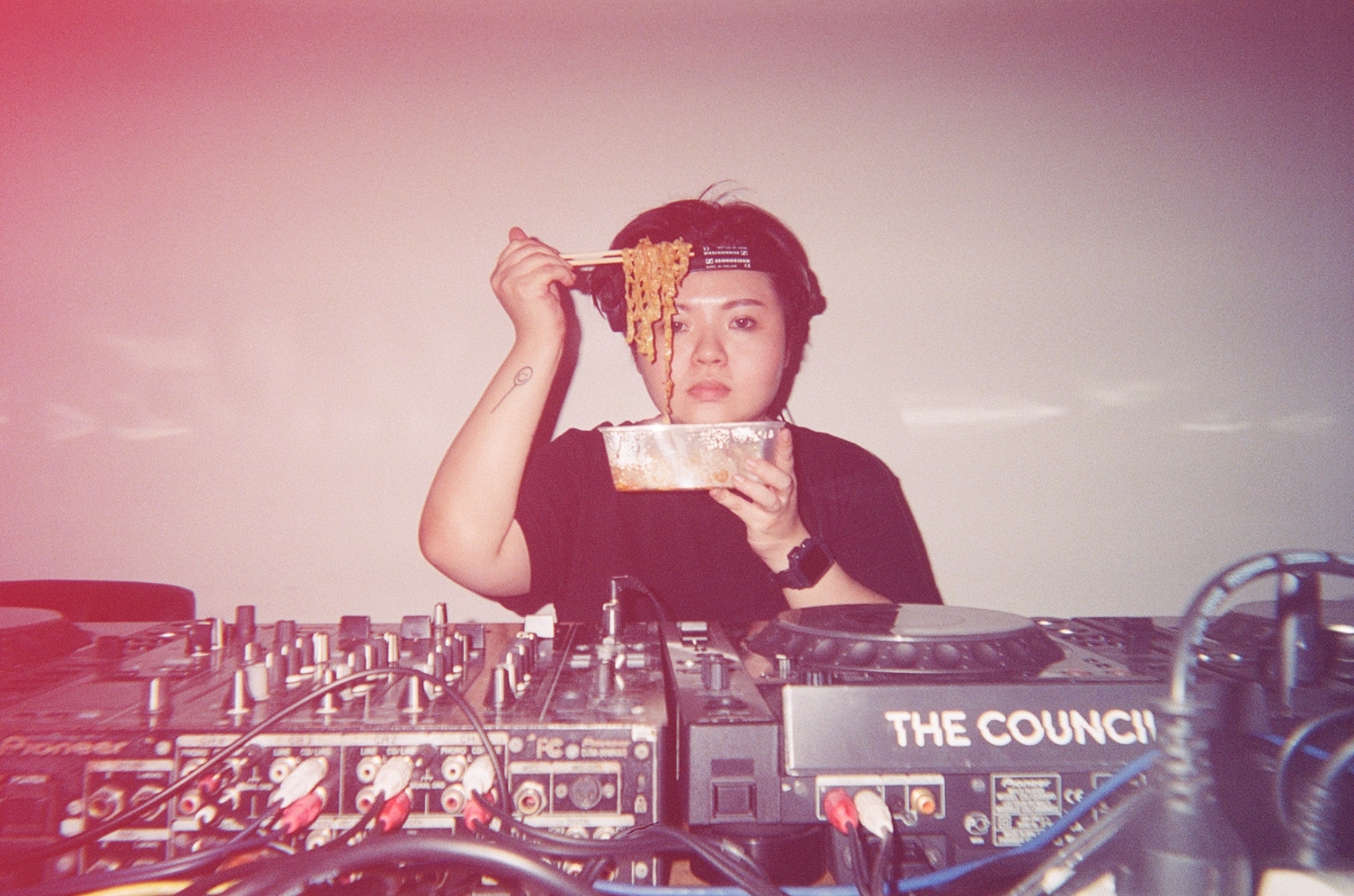 Hi Cats on Crack, thank you for taking the time to talk to us about a touchy and personal subject.

It’s been almost two years since you were forced to lock the doors to The Council & HQ, and a year since you launched your debut exhibition art experience, New Dimensions. Can you jog back and refresh our memory about how venue SOPs and closures were introduced in 2020 and how you felt at the time?

When clubs were ordered to shut back in March 2020, it was the darkest time of my life. It’s very disorienting to have your routine taken away from you overnight, and there’s been no end in sight since then. Even when we tried exploring different formats and different ways to bring music to the people, it was met with a lot of challenges and resistance. But I’m glad we still managed to pull off a meditative ambient listening session with Kin Leonn in September 2020, and then launched New Dimensions in February 2021, where we hosted 5 immersive audio-visual experiences across 3 days at the now defunct Substation. The desire to still engage with and connect with the community never left, I think we were just being challenged to reinvent ourselves and find new ways to create experiences for the people.

What were some of the most difficult challenges you encountered and foresaw (back then) about the club’s operations?

At the beginning of the pandemic, the most stressful thing to consider were the operational overheads. We had gone from one venue to three in the span of five years, although that wasn’t really part of the plan (not that there was a plan to begin with). I think all the challenges aside… no one really thought the club closure would have lasted this long.

Singapore essentially banned any form of dancing. Your reaction was to create New Dimensions. Can you walk us through how you got from one to the other?

Even with all of the restrictions in place due to the pandemic, we wanted to challenge ourselves to reinvent and create. New Dimensions was a result of us reacting to the times we were living in, where dancing was not allowed (and it still isn’t currently). We wanted to tap into the basic human need of collective listening, of sharing an experience with the community that I hoped brought some relief to the bass-deprived music heads in the community. It was a great experience, even though it required the team to figure out how to manage an event with the strict safety measures put in place.

The Council has played an intrinsic role in your personal life. What measures have you taken for yourself to overcome the hurdles in your way?

Living through the pandemic and trying to still satisfy my own need to create experiences was definitely one of the biggest challenges I’ve had to overcome to date. It took a global pandemic for me to finally pick up yoga and meditation which definitely helped get me out of the rut I was in. Being able to declutter my mind with the use of sensory deprivation tanks and combining that experience with music at Palm Avenue Float Club was definitely one of the key things that really allowed to connect with myself again. 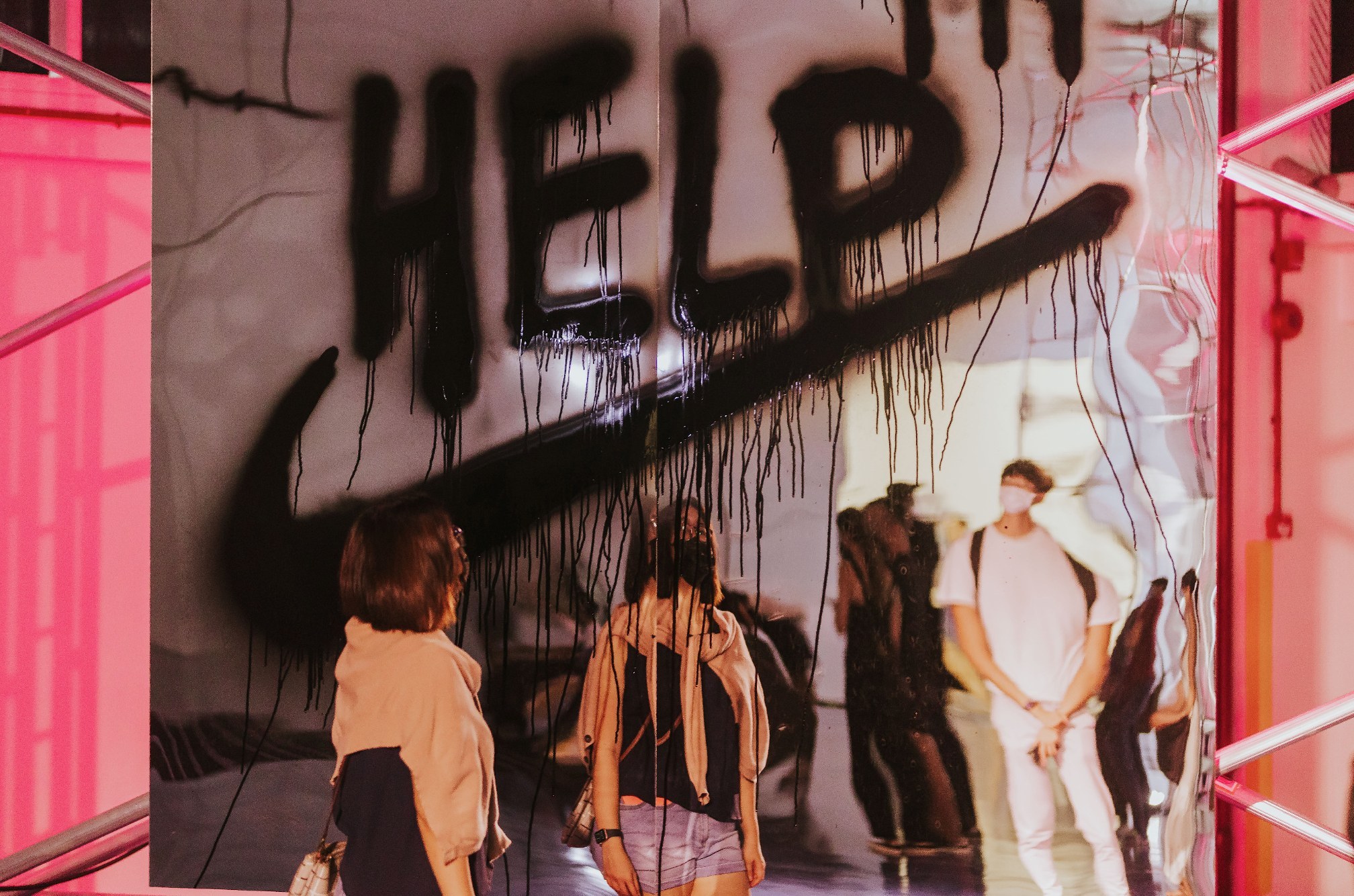 Your latest art project, Happy House, just started this month as both an exhibition and study. What was the inspiration behind the Happy House project and what are you trying to achieve through community involvement?

Happy House is a result of me attempting to hack my own happiness, and a response to the strange times we’re living in. Throughout the darkest moments of the past two years, I kept questioning what really made me happy. I realised that I was in such an abundance of joy, being surrounded by like minded people and the beautiful souls that came through the doors at the clubs that I never really had to ask myself that before.

I went down a rabbit hole, poring through books and research papers on the subject of happiness, and came together with my curator friend Tulika from Mama Magnet and put together Happy House, because we were both curious about the state of happiness in Singapore. Personally, the community has always sat at the core of everything I’ve done. I think with the extended periods of self-isolation, it’s very important to create little ways in which people can come together to have new experiences together. Experiences that can be healing, cathartic and grounding. And it’s been a joy to be able to combine the mediums of art and music in our first iteration of this ongoing study.

We will be releasing the results of what we find as part of our ongoing study into happiness in various chapters. Follow us at @happyhouse.sg to find out more. 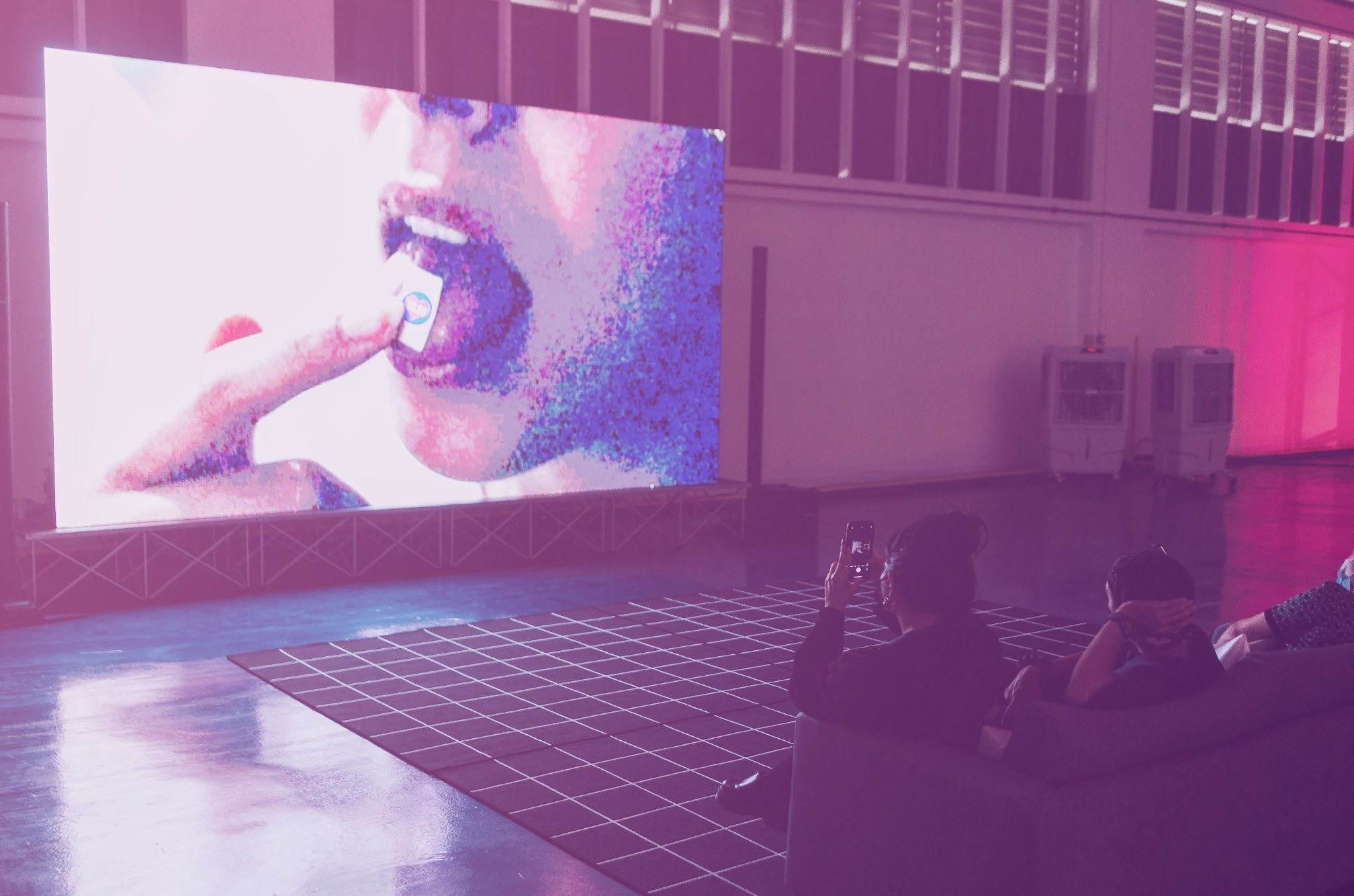 What was the unexpected outcome from Happy House?

It’s been a joy to connect with people again, especially through the campaign we are doing to buy people’s happy memories for $1. It’s been so nice to know that people are having fun going through their memories and putting them together to share them with us. It’s also nice to go beyond the dance floor, and find new ways to bond with the community again.

The Happy House experience we got to build as part of Singapore Art Week 2022 with the support of the National Arts Council has also been a very interesting turning point for me. It’s my first time creating and designing an experience that is family-friendly and suitable for all ages.

The best part was seeing parents and children enjoying the experience together, and receiving a message from a friend, who said that his young daughter left the exhibition considering being an artist over being a princess or an astronaut. That was a really heartwarming message to receive, to know that we’ve created an experience that truly left an impression, even on the young. 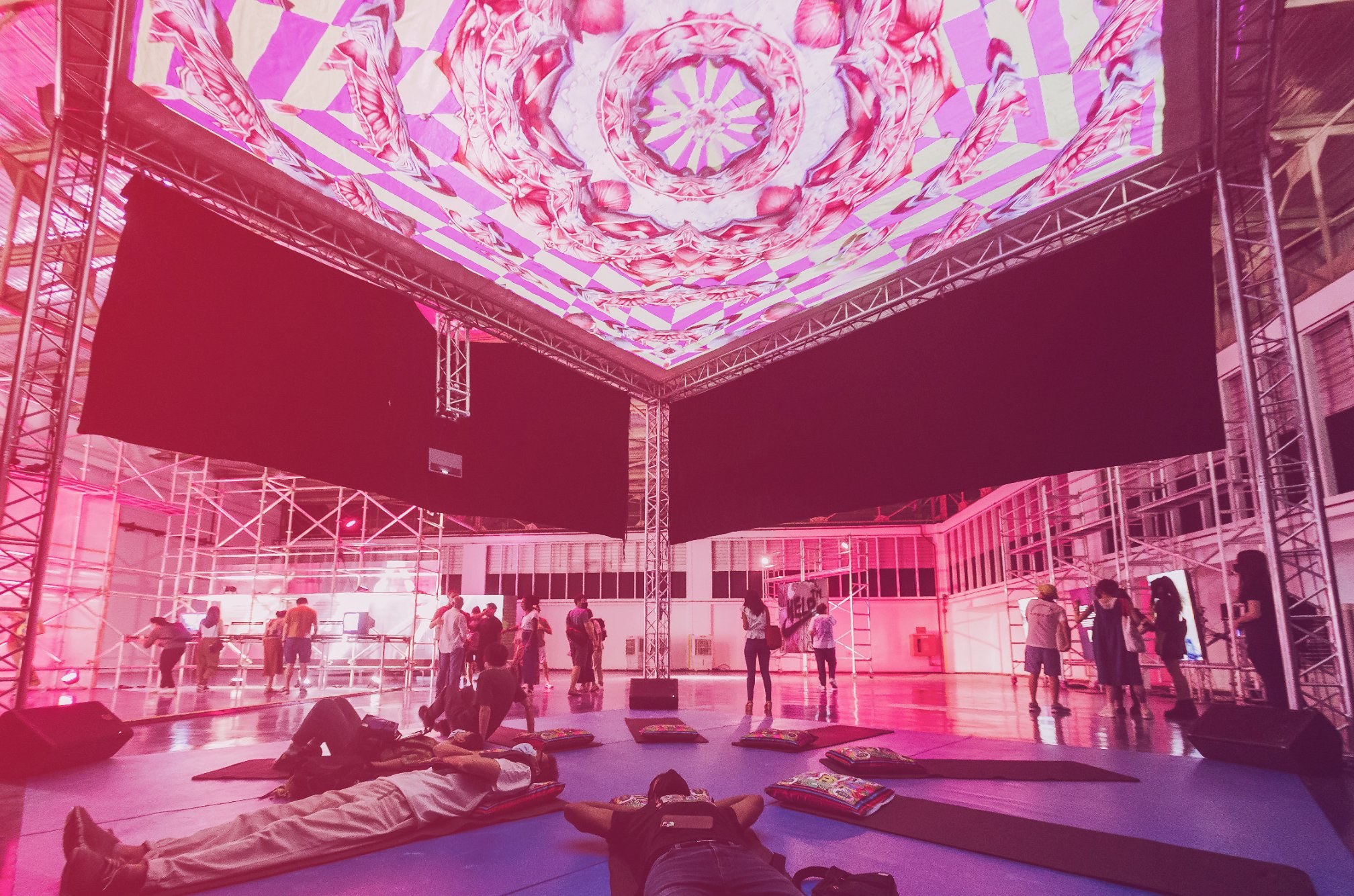 Did you ever see yourself maneuvering to a different part of the arts world? What similarities and differences did you find between curating a nightclub and an exhibition?

I always wanted to work with more than just music and the dance floor as my medium, but it was really hard to find the time in the past. The best thing that came out of this pandemic is the opportunity given to me to reflect on my work, and find new ways to create and connect. No longer bound by the medium, I’ve come to learn that I actually find the most joy in being able to create experiences for people to participate in and enjoy. I think there’s more similarities than one would think, between a nightclub and an art experience/exhibition. I believe they are both places and spaces to broaden one’s horizons, of self-discovery and for discourse. They are both spaces that welcome collaborations and the coming together of different visions.

After everything Singaporean artists and creative entrepreneurs have been through over the last two years, what do you feel the future of your home city looks like?

This question has come up a lot in the past two years, and it’s something that’s also been on my mind very often. I’m still hopeful about the future, because the pandemic never stopped us. Many of the Singaporean artists and creative entrepreneurs have risen up to the challenge, to find new ways to be, new ways to create. I have faith that when things finally reopen… we will only come back stronger.