Bali Born in Ibiza and reborn in Bali, one of Europe’s most legendary clubs has finally arrived on the Island of the Gods and made a beachfront home for itself in the surfing haven of Canggu. Soon it after opened, we got a first look at the sprawling new beach club. We left in awe, and this is what we saw — in pictures. 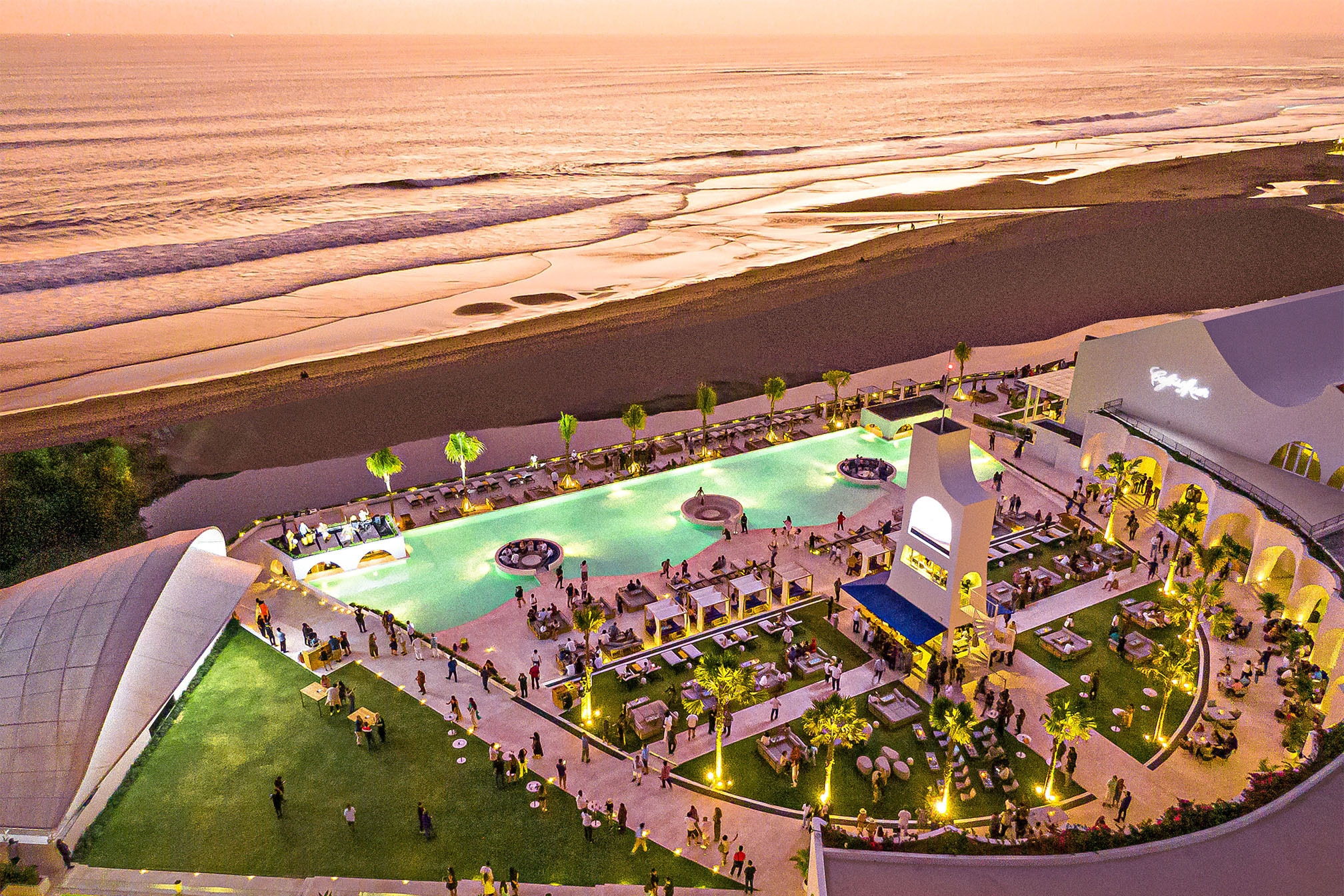 The Café Del Mar story started 40 years ago on the Balearic island of Ibiza. The sunsets that flooded San Antonio Bay every day were a small celebration of island life that eventually came to define the Café Del Mar experience. Always on the move, today the brand has 15 venues around the world with the latest descending upon the Island of the Gods late last year and it’s already become clear that it’s carried over that famous sunset tradition. The magnificent Mediterranean-inspired venue nods at Indonesian culture at its new address and is designated to be 2020s most coveted destination for electronic music aficionados who enjoy the finer things in life.

Walking up the stairs to the entrance of Café Del Mar Bali, you turn the corner, and all is revealed — it is a project of epic proportions. Much like the original, the sprawling, super day club was designed in blue and white and sits on large stretch of beachfront in Canggu. A pool stretches between two swim-up bars and is dotted by entertainment pods and lined with day beds — all of which looks out over a shell-like stage where local and international DJs assume the position for much of every weekend. 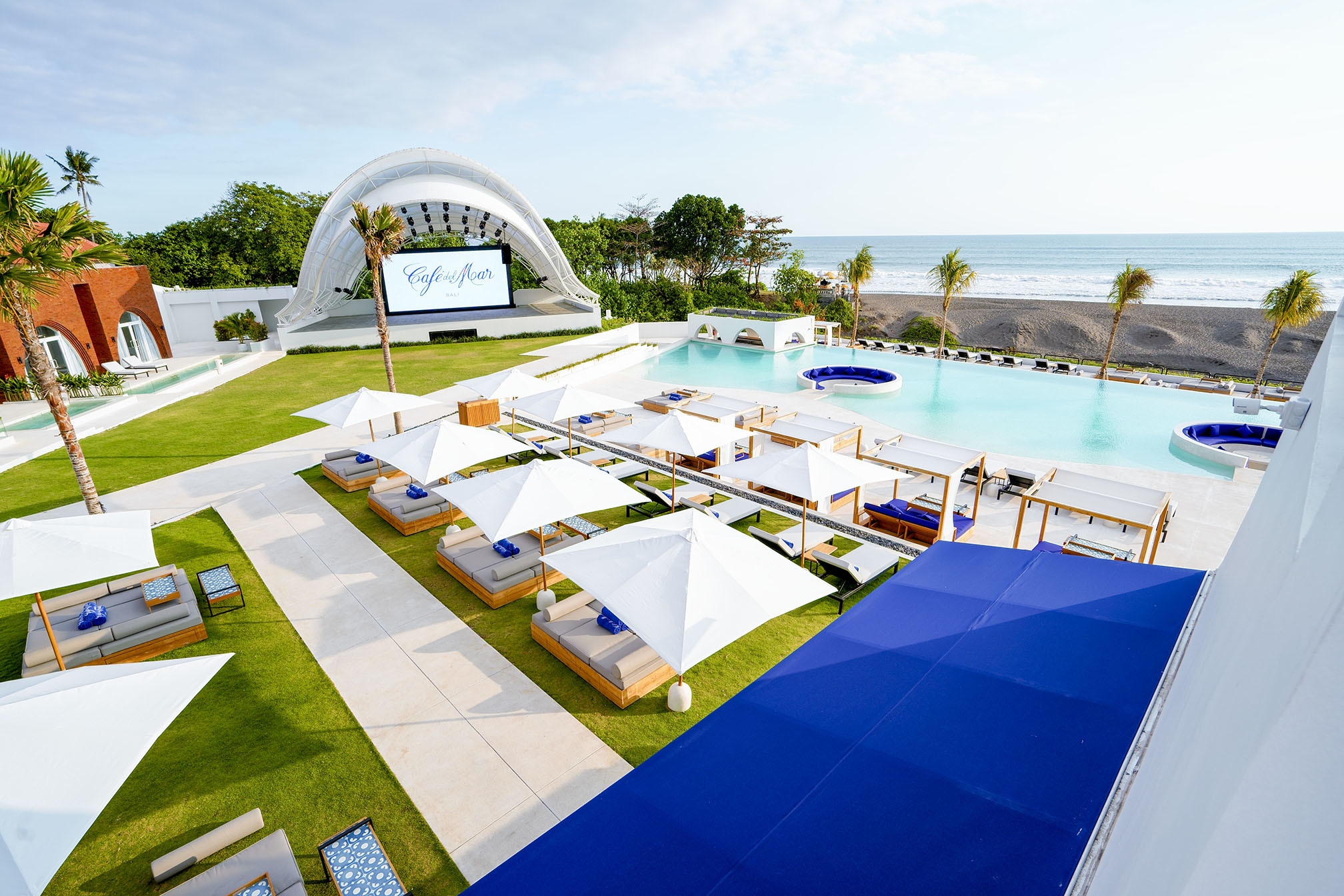 The curation is thanks to music director Rodd Richards, who is charged with creating the sounds that define this Café Del Mar and the Australian club, which is based in Sydney’s Darling Harbour. “It’s my job to redefine the sound while staying true to its roots,” he explains. “It is always house music, we look to the original Balearic/chill-out sound for inspiration, yet we are also educating a new audience, some of whom weren’t even born when the Café Del Mar series first launched.”

As with everything else, Café Del Mar Bali has pulled no punches when it comes to the food and with a glistening new dining room as their stage, expect something special here from executive chef Justin Dingle-Garciyya and his all-star team. “I like to keep it simple but a little off the wall. Expect modern European with international and local influences,” he has said. Having established the foundation of the menu, the reins were handed over to sous chief Graeme Palmer.

Alongside a Mediterranean-inspired menu which is interwoven with local Indonesian favourites, there will be a bounty of creative cocktails at the venue’s many bars offered just steps from the ocean, altogether embracing a farm-to-beachside focus. 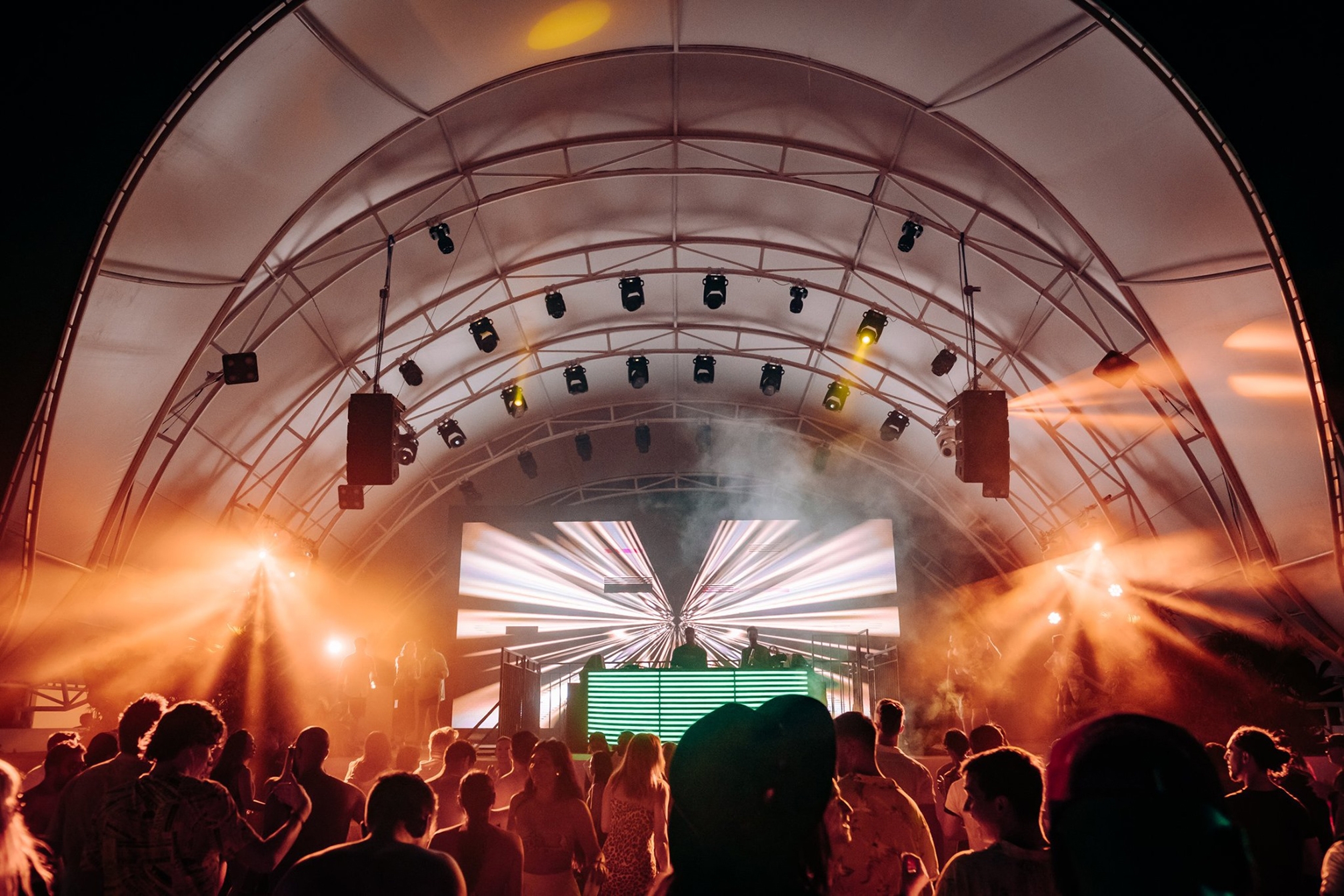 In the short few months since its soft opening, the venue has already hosted artists like Dimitri From Paris, Eats Everything and David Morales. Between now and the grand opening in April, Erick Morillo hits the stage on January 24 and many more are slated to perform. But look out for a mega packed 2020, it's where we'll be setting up shop.