The eleven-day hedonistic gathering successfully accomplished its fourth edition on the newly bourgeoning Vietnamese island of Phú Quốc, which has been home to the festival from the start. Arriving only on the third day of the festival, the Mixmag Asia team immediately went around hunting for feedback and feelings from the punters who had been techno-trooping across the white sand for the first few days, and to no surprise, there was just about zero disappointment. The only words of despair we came across were from those who had to board a flight very soon.

Our first night’s adventure for some beach-side boogie started on Friday January 3, and it quickly spiralled into what can only be described as a captive moment of hypnotic enlightenment, that nobody ever wants to end. At first glance, the site doesn’t appear to be very large, but it’s just perfectly laid out so there’s a lack of audio-bleed between the stages and plenty of sandy-space to mellow out when you’re not on the wooden dance-floors built for some heavy endurance. 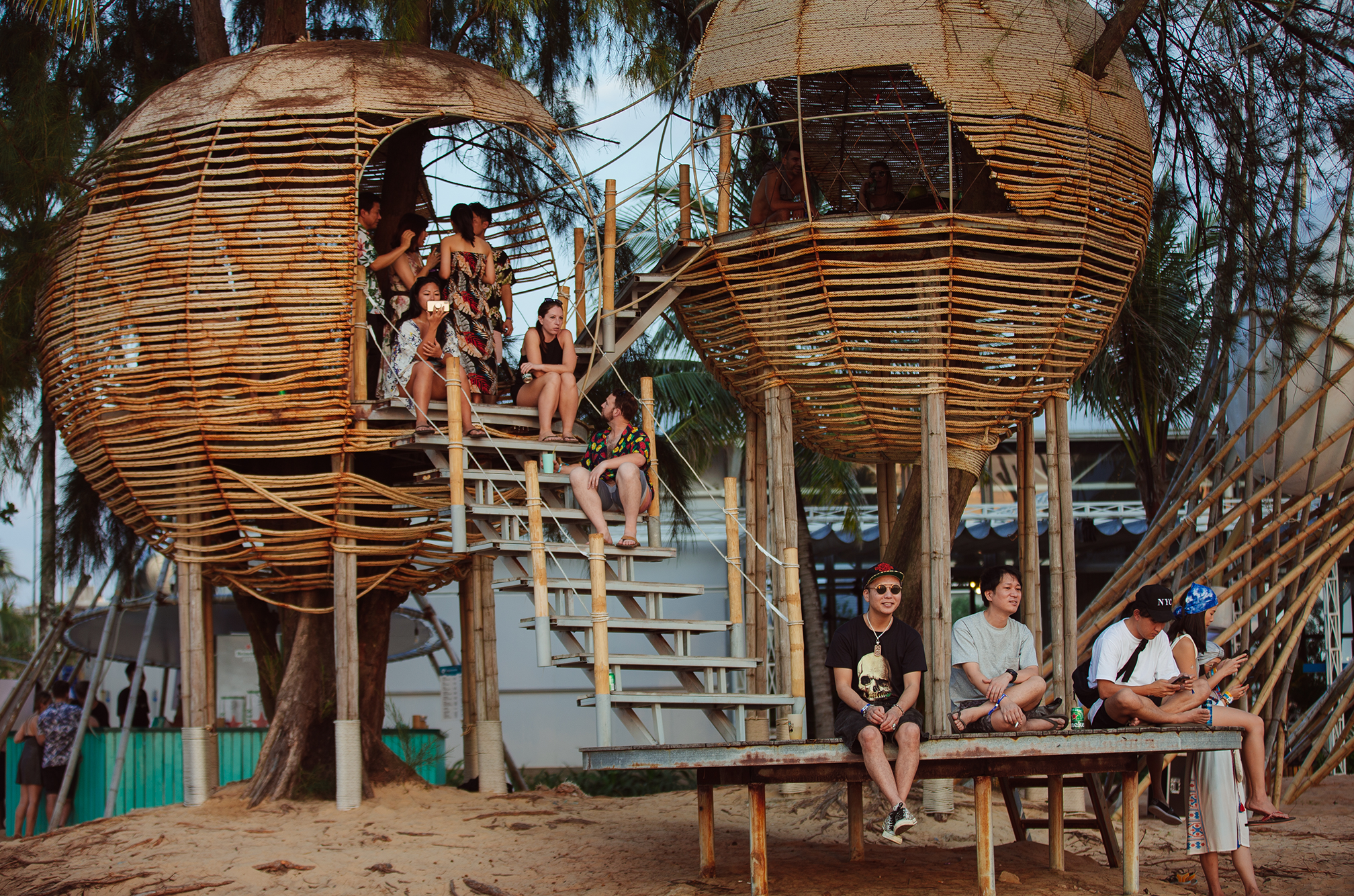 Keeping up with the previous year’s delights, the organisers continued to emphasise the relevance and adornment for their unique art installations. The iconic Dali-esque elephants set you in a space of wonder, while the sleek white-washed treehouse decked in lanterns offers solitary or social confinement, while never fully detaching from the music. Venturing to the further ends of the beach, you land yourself at either a labyrinth-style structure upheld by bamboo, or you lose yourself walking through the giant apocalyptic head that is split in two, where you would often hear walking past, “what happens in the head, stays in the head”. 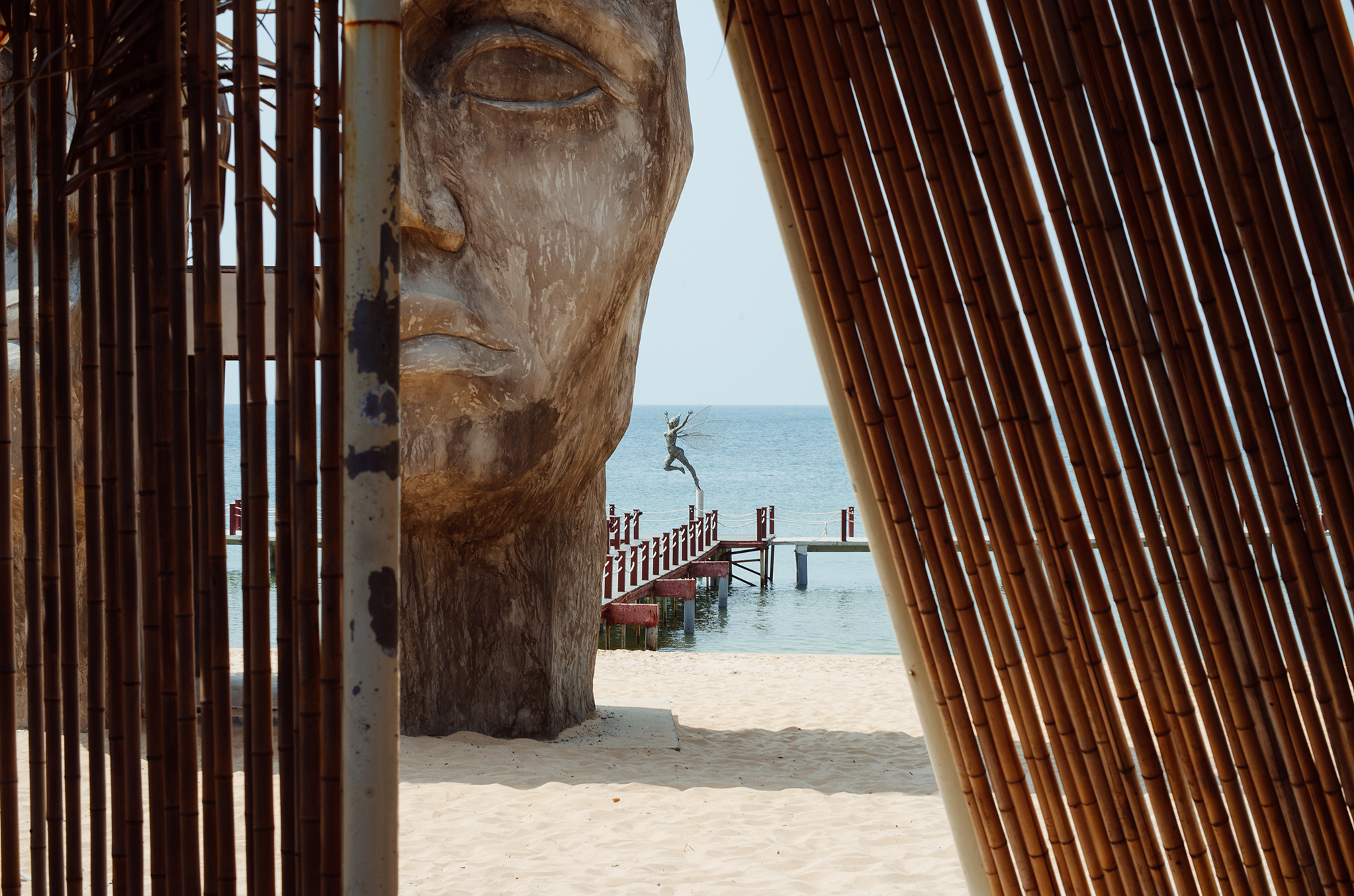 There’s a serious point of appraisal that we want to get to, which falls under the festival’s core-pillared category: music. The sound systems on every stage were on point, despite moments of technical difficulties which are common in outdoor settings where a few drops of rain can change everything. Beyond that though, there were some exceptional DJ sets that we want to mention, and it just so happened that there was a consecutive trifecta that we had the aural pleasure of experiencing on that first night at the Egg Stage. That trifecta is made up of some of the regions finest DJs, starting with Ouissam from Savage. The Hanoi-based Frenchman left Hong Kong several years ago to open up one of Asia’s most revered underground dance spaces, where he and his dedicated team have been throwing curveball after curveball of tasteful music to revellers.

Ouissam’s two-hour set at the Egg Stage was no different to his philosophy, transgressing across a plethora of genres and styles that left most in a state of unprecedented joy. Weaving through a tasteful selection of contrasts, Ouissam had a tough task of re-building a fragmented dance floor left to him by the opening DJ of the night, Ernest Kalinin. And as experience usually prevails, a gathering of like-minded heads from all across Asia, most akin to each other through musical friendships, came back out in full support as Ouissam’s set journeyed through intelligent breaks, dark and uplifting disco, forward-thinking classic house and a tonne more surprises. It wasn’t an easy floor to keep, but he held it strong for one of Bangkok’s honchos to take over. 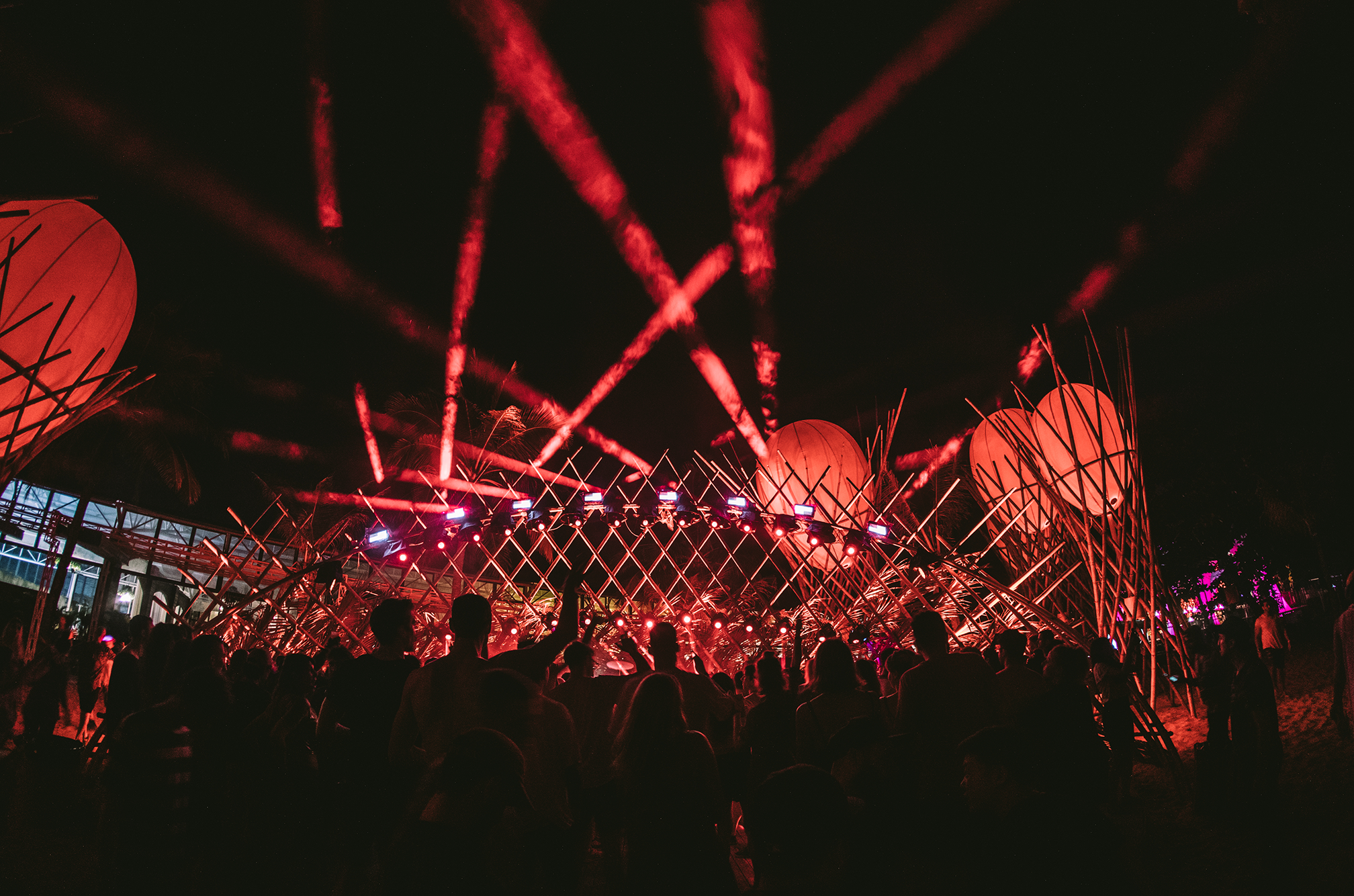 No stranger to Epizode, in fact, making his fourth consecutive appearance from the first Epizode, is Bangkok’s famed DJ and producer, Sunju Hargun. Again, experience can dictate so much, and after analysing the floor, the sound system and even the tricky rain-soaked clouds, Hargun came on to do what he does best, deliver a professional set. Smoothly taking over from Ouissam, Hargun gradually built a hypnotically percussive, dark yet uber-groovy tone that allowed him to venture away into raw industrial sounds with ease. Leading into sunrise after starting at 4 am, and after comfortably lowering the BPM of the stage, Sunju built the perfect stage atmosphere for his Thai comrade DOTT to take over and soundtrack the next encapsulating moment at the break of dawn. Have a listen to the closing track of Sunju’s set here, the Kettenkarussel remix of 'Shadow' by Chromatics, released on the Giegling imprint.

Having a slight sensory overload from it being our first night, we were pleasantly welcomed into the realms of DOTT’s play on a sunrise set which opened with some unreleased material, a track titled ‘Beyond Questioning’ which will be released later this year. Smoothly drifting through bouncy, fluffy, breakbeat and slow-techno, I remember turning to my compadre and asking if the kick drum ever changed through DOTT’s set. Of course, it did. But his consistent flow would make you question your hearing skills. Hands down, DOTT’s sunrise set was as smooth as the most expensive butter in the world. 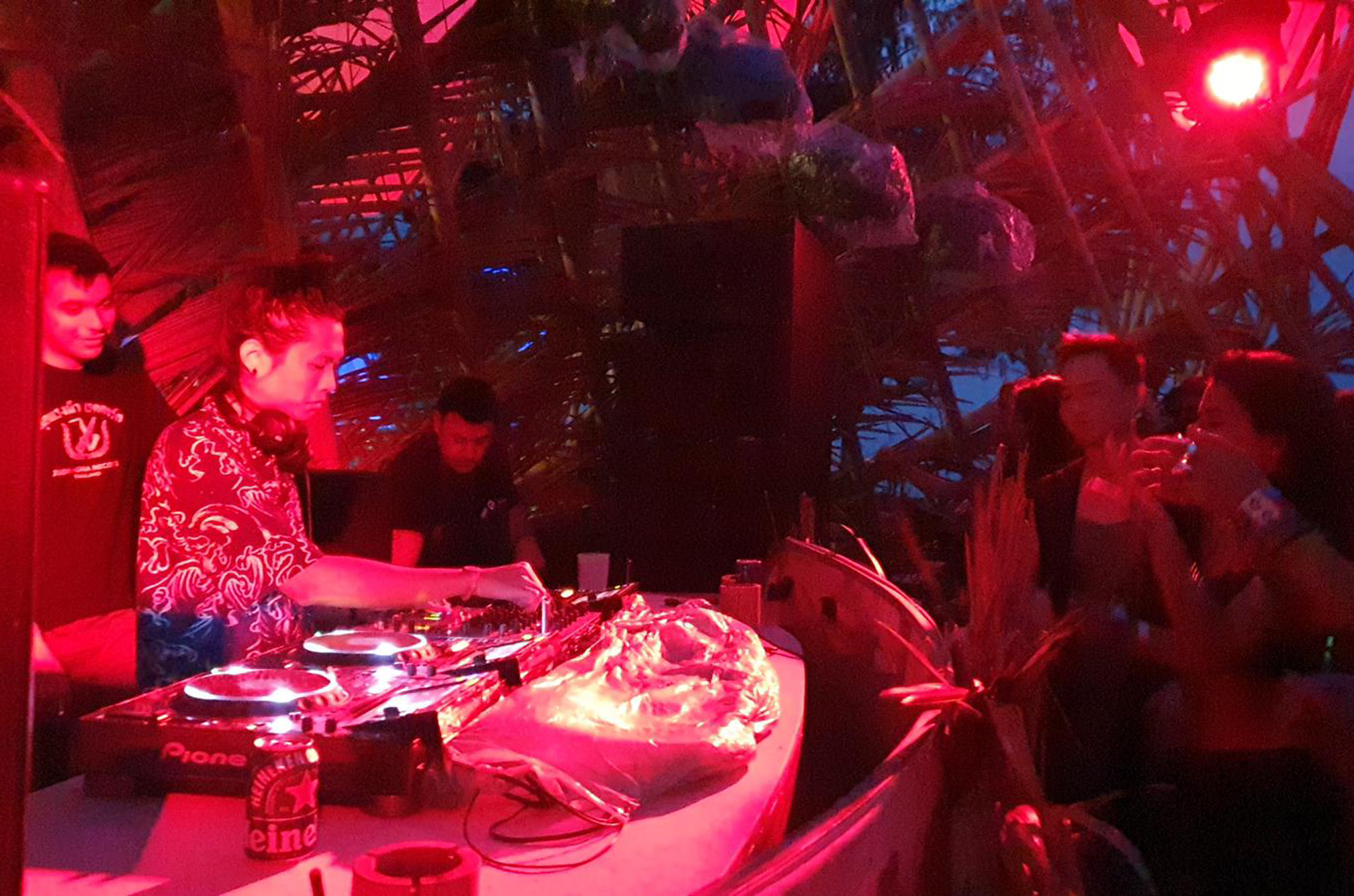 Not long after the first white cloud appears in the sky, the crowd is thrown into furious loops of minimalistic and atmospheric booms, sugar-coated with clean-cut breaks and colourful pounding bass. Spotted amongst the supportive network of regional enthusiasts on the dancefloor, is Giegling’s spiritual honcho, DJ Dustin, swaying side to side with a gracious smile of acknowledgement towards DOTT, who closed is set with this beautiful number by Blue Six. Have a listen here.

Dancers then ventured across to hear Vera at the Shell ‘afterhours’ stage, conveniently designed to shelter those who were in for the long-haul from the blazing sun. Dropping in sublime classics from the likes of Larry Heard, Vera is an old-school Berliner who holds her roots in the golden days of rave and techno. The Robert Johnson Club and Club de Visionaires resident sent us home in bliss, after a rather splendid first day at Epizode. 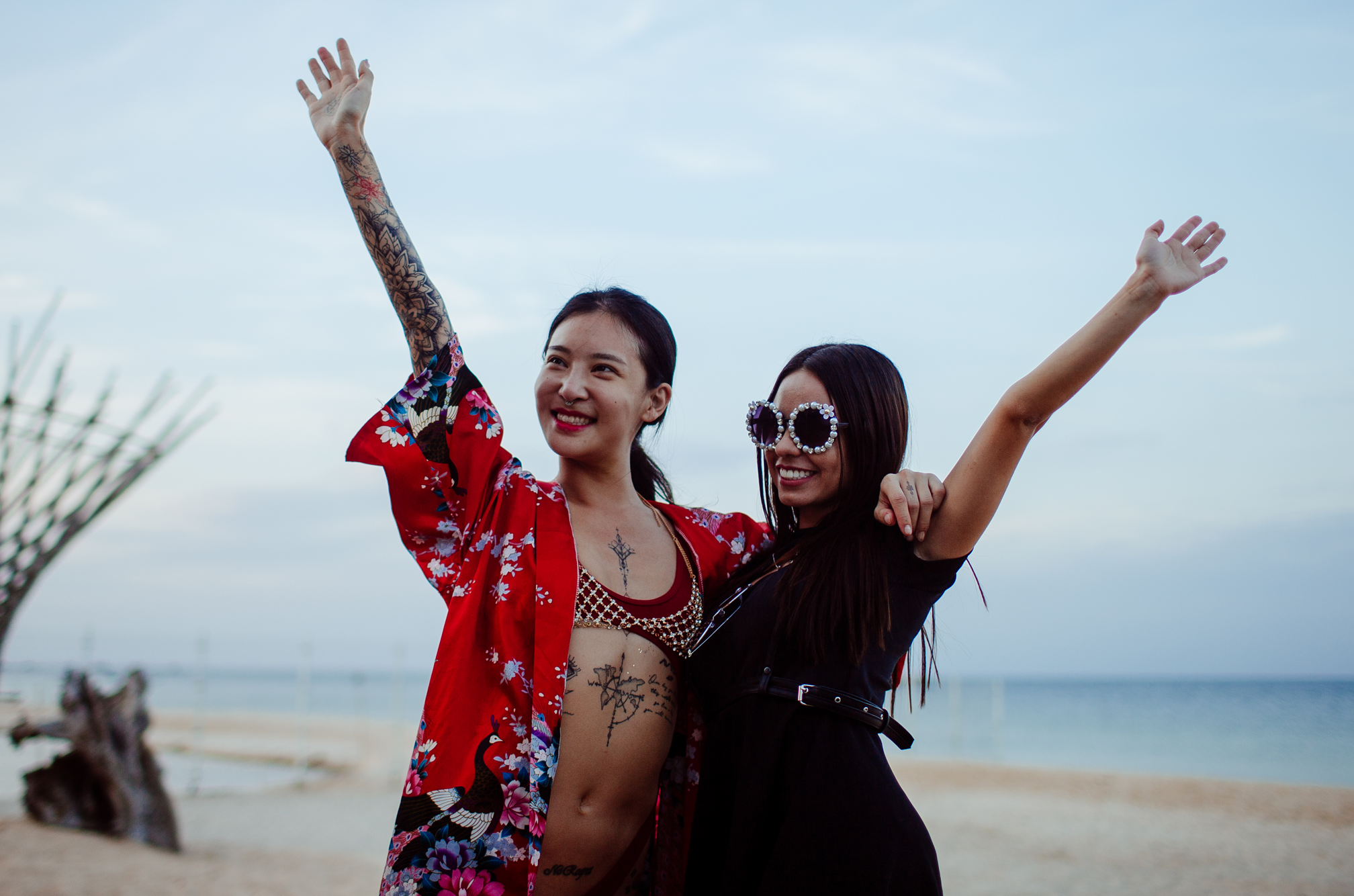 Of course, there were a few more beyond impressive moments that blew us away, particularly on the other end of the beach at the Frisbee Stage. The day the Arma crew took over, a whole new atmosphere of energy swept across the beach, and it got even more intimately hedonistic as the rain kicked in, and Riccardo Villalobos arrived on stage. Pleasing the crowd with his cheeky play on trippy and minimal house grooves, Raresh seemed to reign as the hero, holding the stage and floor together with pure class. 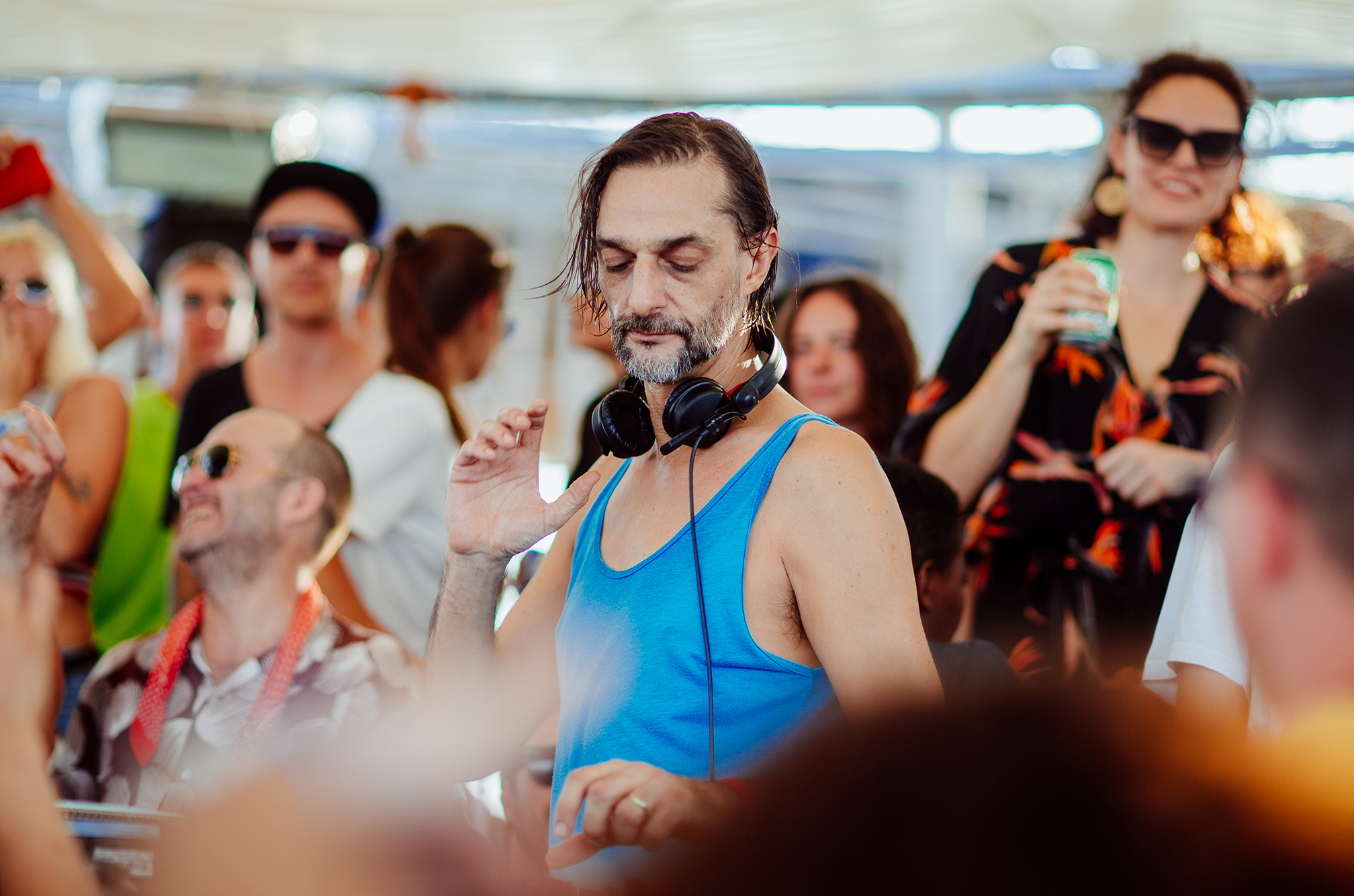 The last sunrise of Epizode saw an unusual choice of line-up, but one that worked like magic; the Detroit takeover saw Moodymann and Carl Craig bring a whole new wave of moves and happy faces to the floor. A packed out Frisbee stage was cruising to disco delights from Moodymann, and then going absolutely mental to driving classics by Carl. Both Detroit pioneers came and delivered something that was very fresh for a sunrise occasion. 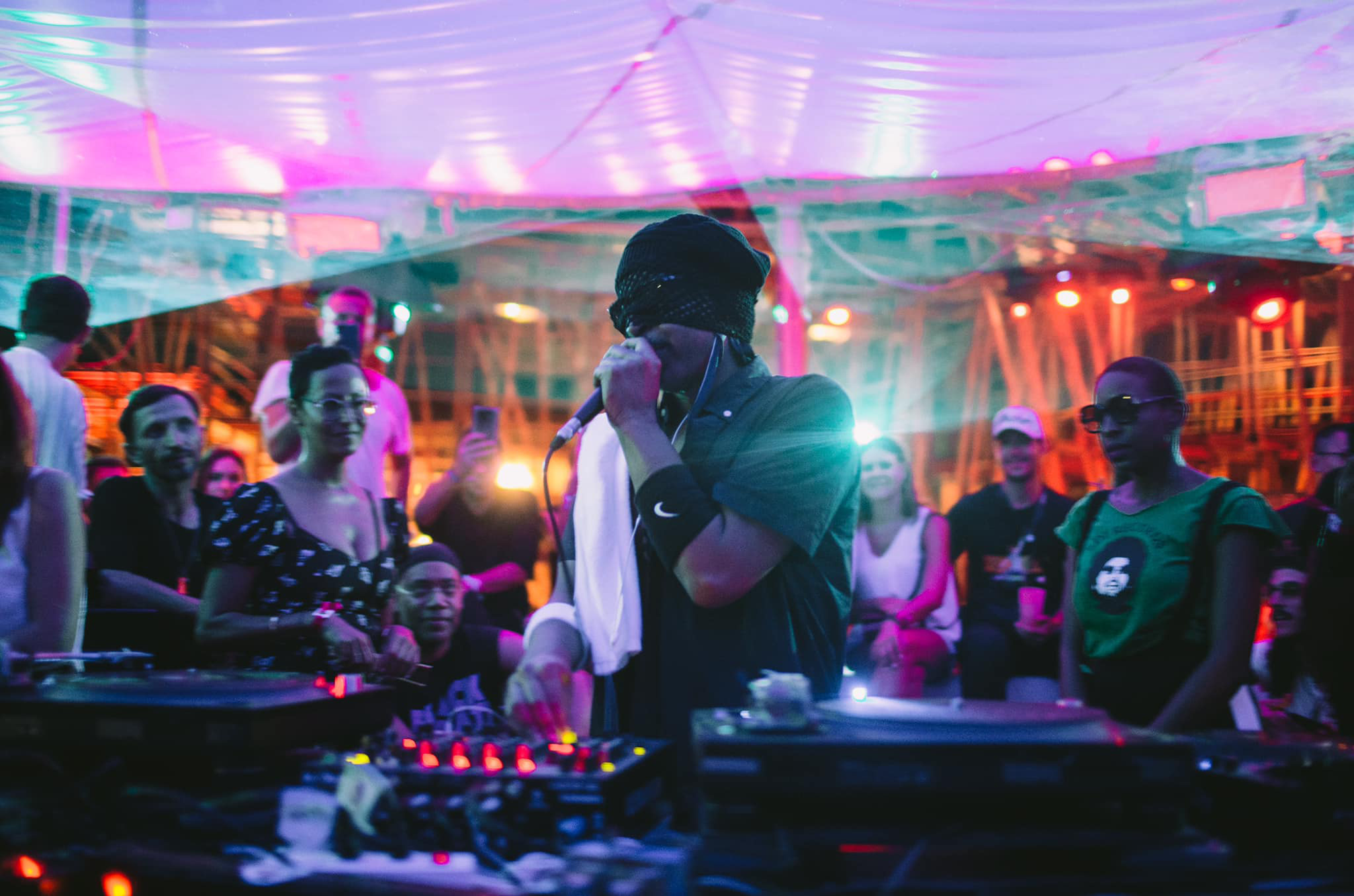 There was so much more, new and inspiring music played across the stages over the last days we were there for Epizode, and all we can say is that the festival is a delight for music heads based in Asia and beyond. We certainly look forward to having this level of quality across the board return to the shores of Phú Quốc Island at the end of 2020.