New Year’s Eve is often treated like a final night of debauchery before “New Year, new me”. You know: hit the gym, pick up a hobby, quit social media (ha!), and drink alcohol/take drugs less or not at all. It’s a good chance to bring health back into focus.

As well as the now ubiquitous Dry January, during which the The Sesh is briefly put on hold, more and more people are choosing to go totally sober. Recent YouGov surveys showed that 33 per cent of respondents said they don’t ever drink alcohol compared to 24 per cent just a year previously.

But what’s it like going sober and navigating the rave while all your mates are on it? We asked a bunch of DJs for their advice, because looking after your mind and body isn’t just for January… 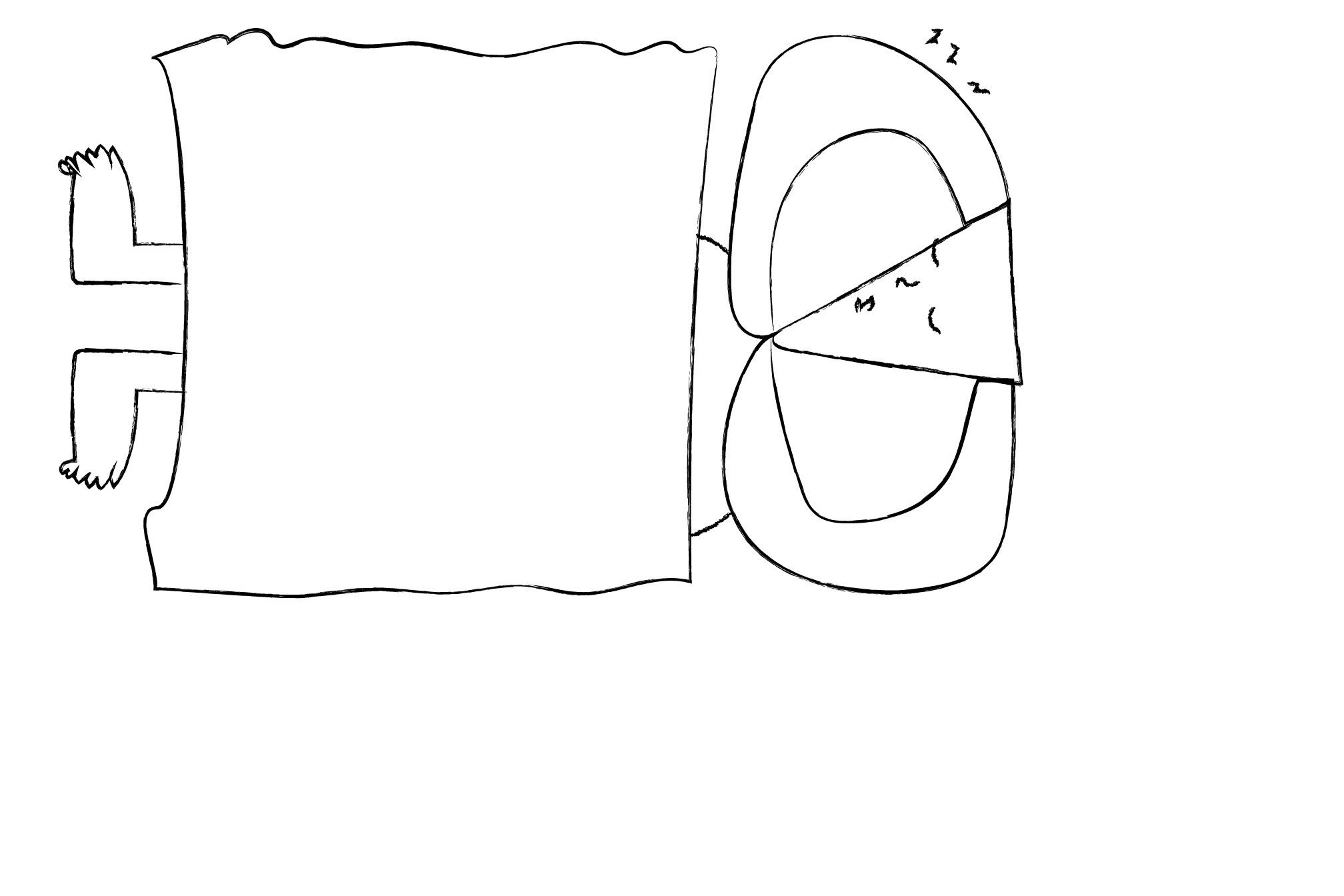 Before you even hit the rave on a Saturday night, what are you doing during the week? A lot of how you are going to be able to handle a 6am-er is by being kind to yourself Monday through Friday.

Giles Smith, Secretsundaze co-founder and DJ, said: “It's [about paying attention to] everything else you do in your life, not just on the night that you [go out]. If you get yourself into a positive cycle of behaviour like exercising and eating well, then you feel energised when you go to clubs. I think that can really help you feel the benefits and when I get to the club at 11 o’clock, I actually feel like I've got a lot of energy.” 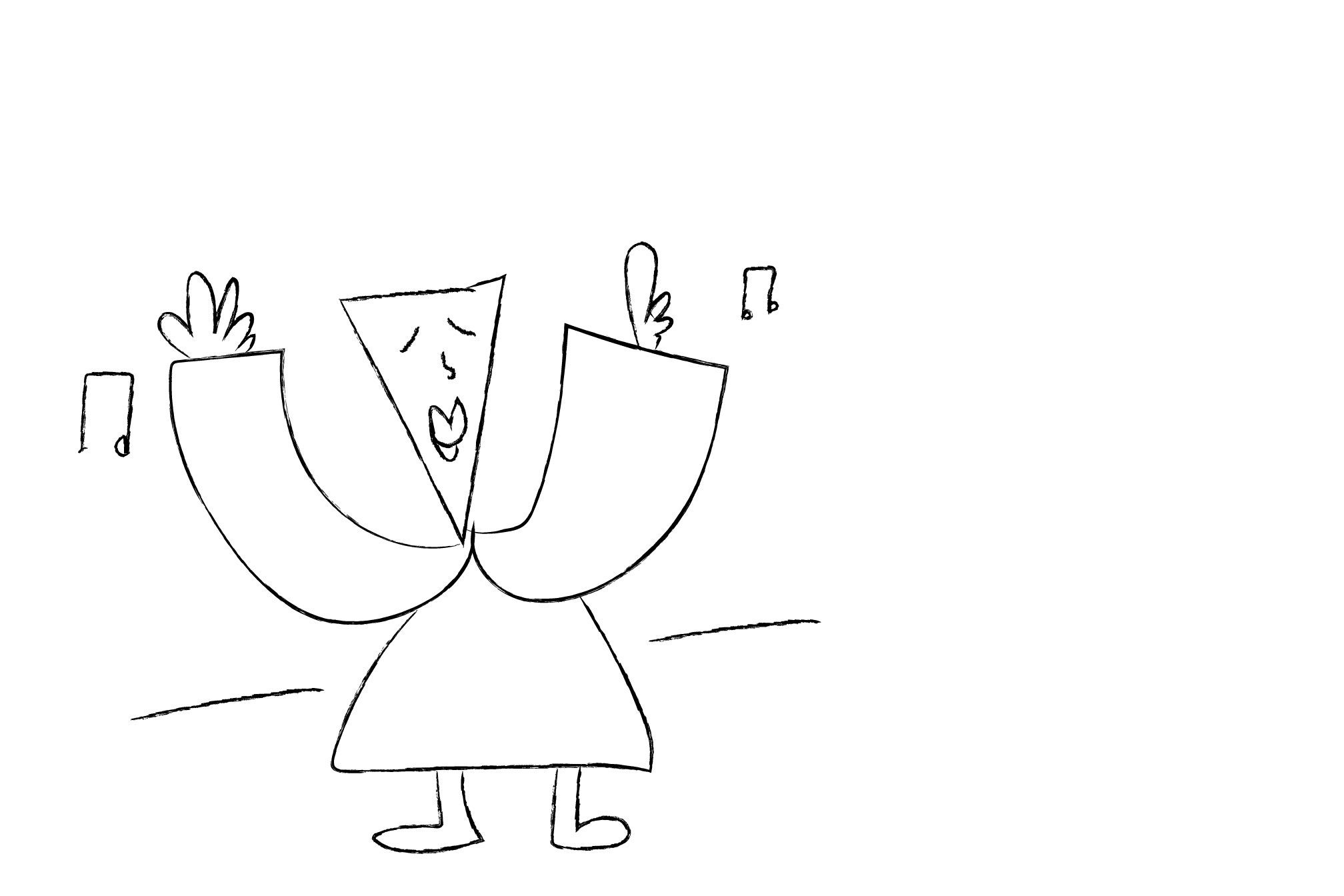 The reason you’re going out is because there is music playing. The reason you’ve cut short a Saturday of Netflix binging is to see a DJ and hit the rave, so remind yourself that this is the motive.

DJ Fat Tony’s road to sobriety has been well documented. He recently marked 13 years sober and said that going clean “was not a decision but a life or death situation”. He advises to “not give in to peer pressure” which is something that so many of us have to deal with, so keep the right friends around you when going sober to the rave. Feeling like your only reason for going out is to get fucked up can be problematic. Fat Tony said: “Take it back to basics and be there to enjoy the greatest drug of all, music. Everything else is secondary.”

DJ and Producer Will Clarke has released tunes through Abode, Relief, Drumcode and Truesoul and is currently gigging in the US. Will has been sober for eight years, but was never a massive drinker. For DJs going sober he said: “Have some friends around that really respect you and who you can have fun with regardless. Maybe that’s just a tour manager, or whoever, but for the first 6 months of playing shows it’s probably going to be tough especially if you use alcohol to relax yourself.”

Paris-based DJ Louisahhh said: “I’ve found it really helpful to be aware of what my purpose is in going out; if it’s to live vicariously through people who are fucked up, or to mourn the fact that I’ve lost the ability to drink and use safely, I should probably sit that night out. If my goal in going is to spread joy, to connect and be of service, to celebrate being alive, I can safely go anywhere in the world.” 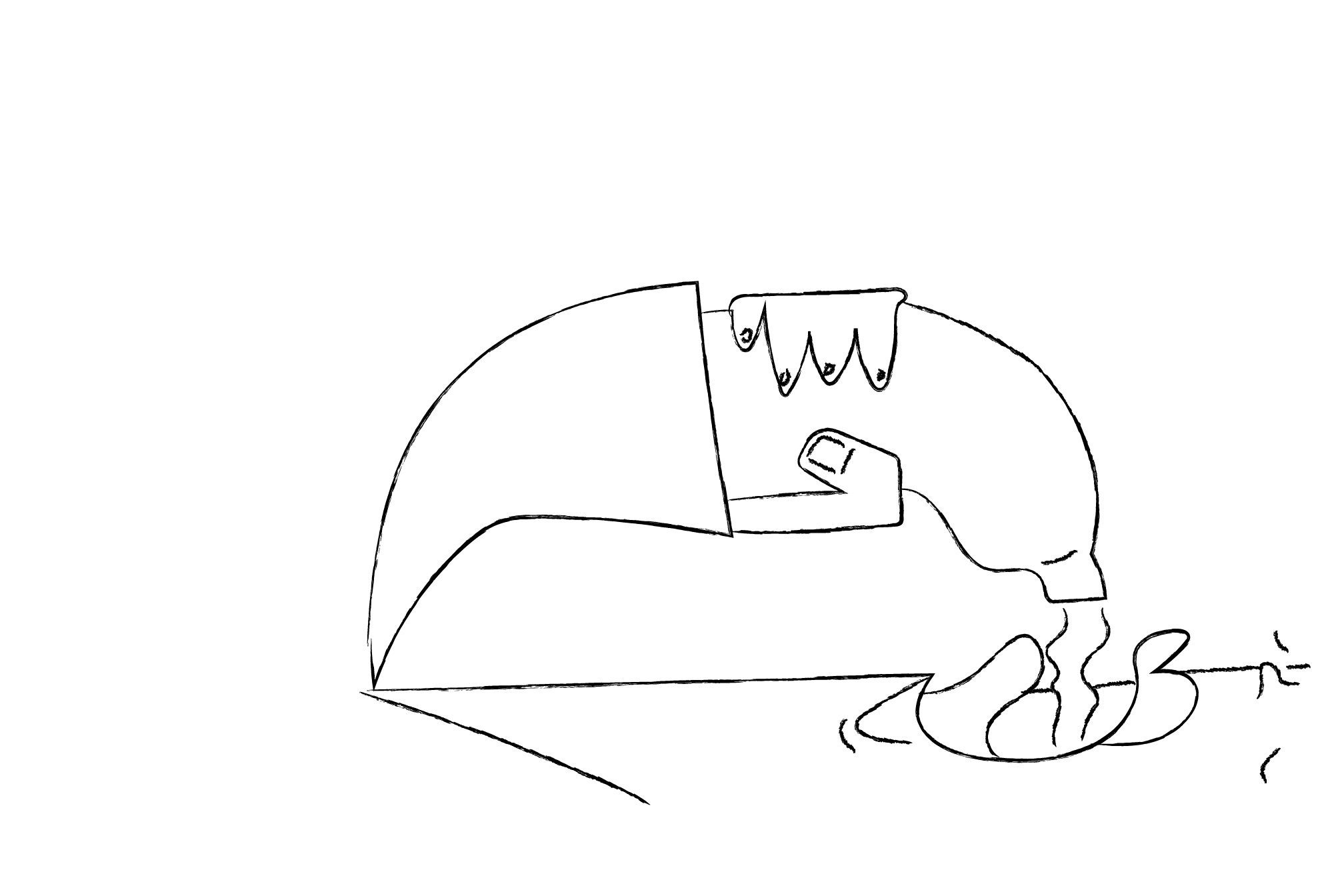 Promoter Kai Cant, the brains behind Abode, has been sober for the best part of a year and he says that he can’t see himself going back. He believes that hydration is the key to feeling good about yourself in the rave: “I’ve been trying to go sober for the last three years but found it hard, as three nights a week I’d be at my events but I actually cracked it this year. Hydrate your body massively, don't eat any junk food, try and eat a healthy meal before you get to the club, and take some energy bars in with you, or cocoa bars.”

Some bouncers might give you an odd look when you turn up with a pocket full of energy bars but sometimes you’ve just gotta do what you’ve gotta do. There’s also a growing number of alcohol-free alternatives that are tasty and help you blend in better than a plastic pint glass of water.

DISCOFUNK DJ and co-founder of The London Disco Society Rory Cordz believes alcoholic free beer is the way forward. Rory, who has been sober since May 2019, said: “There’s a weird thing that happens when you’re drinking alcohol free beer, you feel part of the pack.”

You’ll find beer and gin alternatives being stocked at an increasing number of venues and sober events are moving into mainstream clubs, such as Fat Tony’s Nobuze launching in March.

TRY NOT TO GET WOUND UP BY INTOXICATED PEOPLE

There’s nothing like waking up the next morning and remembering (or hardly remembering) chewing off your new best friend’s ear in the smoking area.

Spiritland resident and Jazz FM presenter Anne Frankenstein hasn’t ever really drunk alcohol, but as a working DJ she has experienced every drunk person in the room. She said: “Drunk people can be irritating, especially when you're not drinking. Don’t get too wound up by them and don’t take their requests so seriously. Sometimes my heart bleeds for someone when they really, really want to hear a song, and if I can, I'll do it. It’s important to not take them too seriously”

“I’ve had people who have want to stand there and watch me DJ. The best thing you can get out of drunk people at a club is to be amused by them.”

However she also has some wise words for those not participating in Dry January or who aren’t full-time sober: “Don’t just latch onto the DJ because you’re bored. If you’ve taken MDMA and you feel some kind of spiritual connection with the DJ understand it’s probably not mutual. Feel that love from a distance” 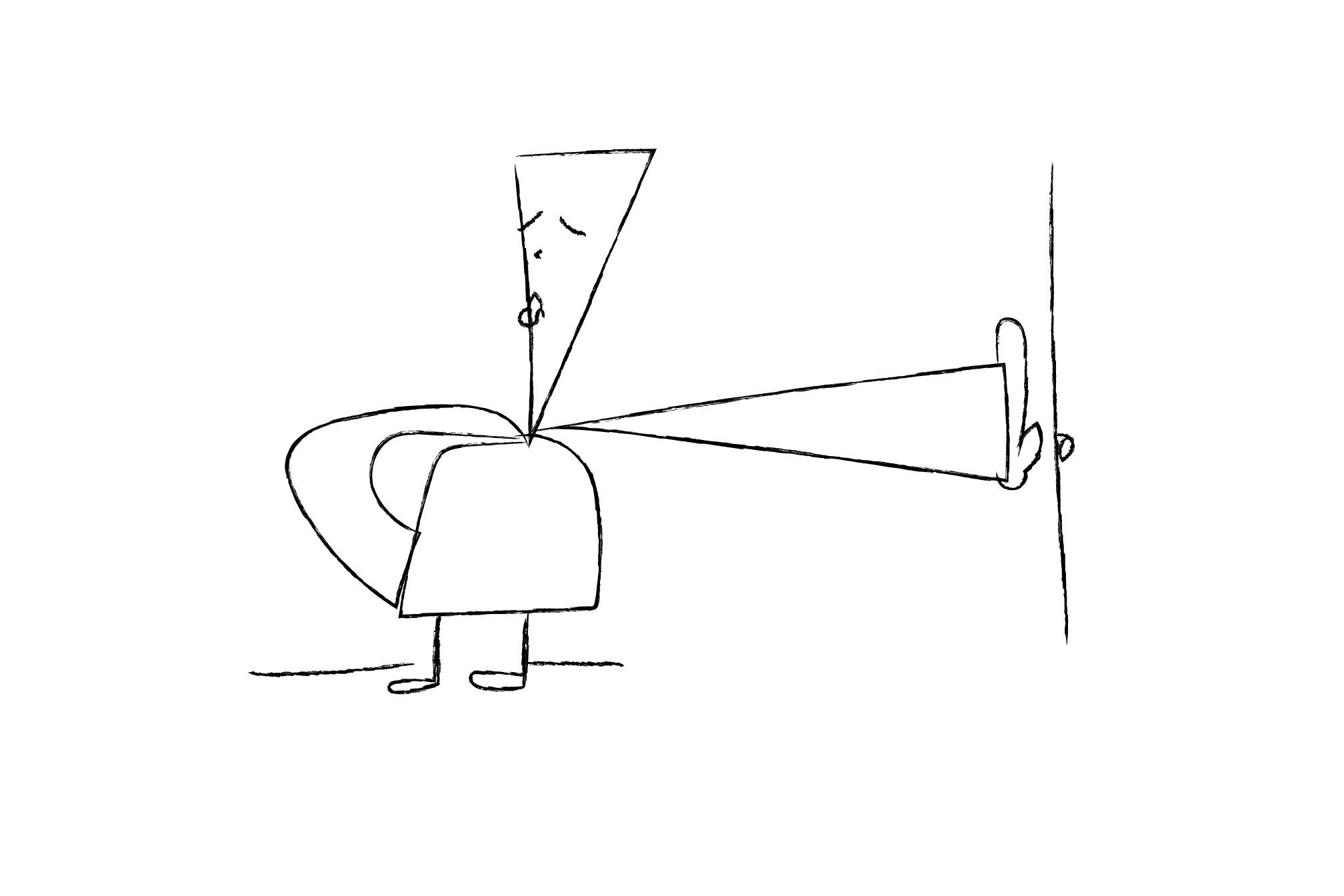 STAY OUT OF THE GREEN ROOM

Possibly the wisest tip in this list for DJs who have gone sober. Do not greenroom. The greenroom is that illustrious place where anything can happen and all sorts goes on behind closed doors. Some of the best things happen in the greenroom but you know these places can be a lawless land.

Kai from Abode said that for DJs “my advice would be don’t get to the club 3-4 hours before your set, treat it as a job. Try and stay out of the greenrooms, where everything goes on.”

Giles from Secretsundaze also said: “I've been a hedonistic person for quite a large period of my life, spent a lot of my time in clubs, that's the difficulty if you’re a DJ.”

“You do have a choice to play your set and go, but there are pressures to get involved have fun and hang out and what not, but as someone running a club night and being a touring international DJ, it is hard. DJing is a passion thing, you do it because you love it, but it is a social environment and work as well. If you have to do an in-and-out job don’t feel bad, you need to prioritise yourself first.” 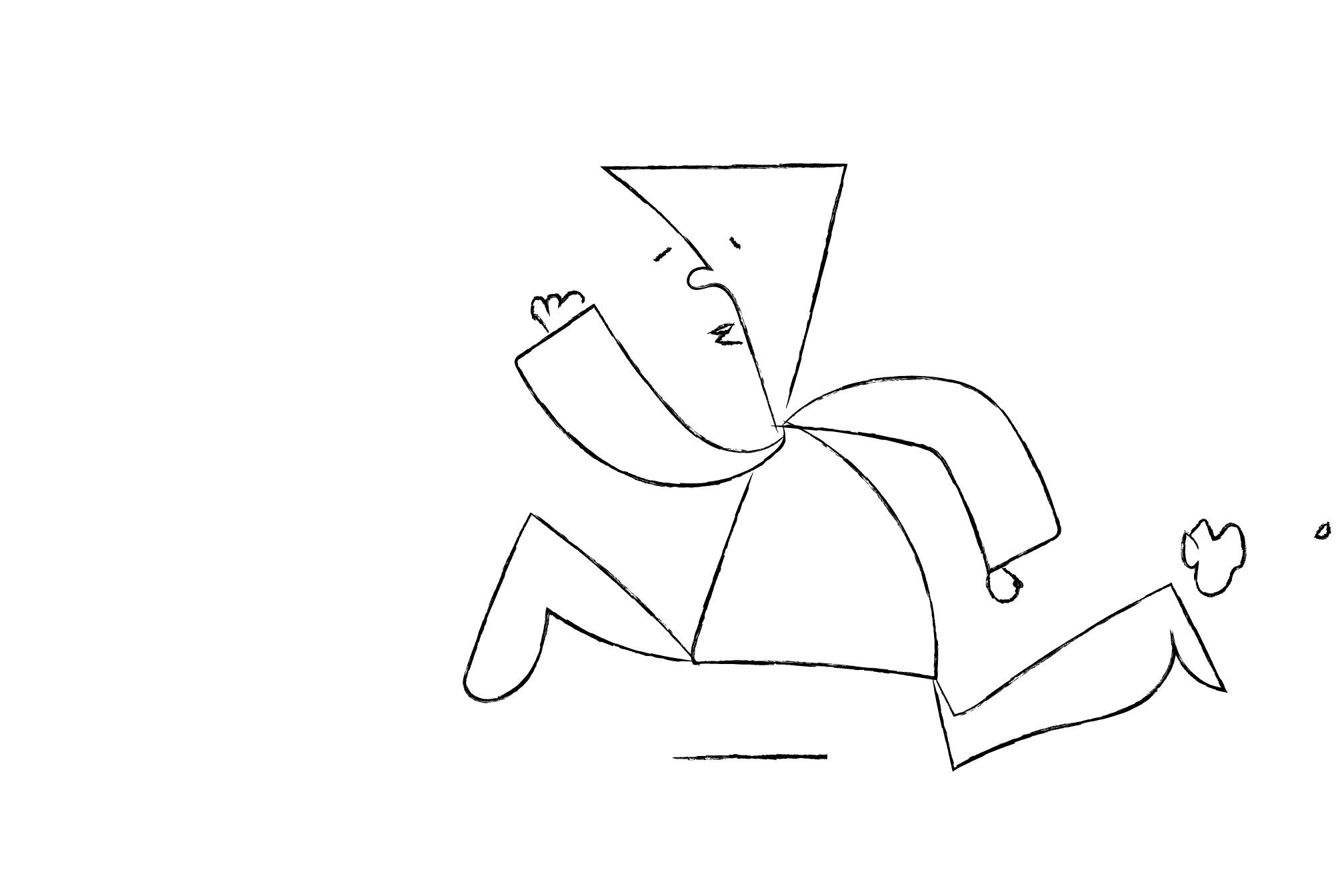 This is one that many people who drink may not have thought of, but when speaking to different DJs quite a few of them suggested that if you are going to go sober, figure out your own getaway plans.

Will Clarke said: “I like to always drive to a show if I am going out purely because it means I can leave when I want. There comes a point when everyone starts to get a little too messy and you can leave and get home pretty quickly.”

Louisahhh had the same sentiment and said: “I’ve found that my attention span is much shorter in sobriety, so it’s best if I have my own means of getting home from the rave (unless I’m the designated driver), and it can be great to have a sober wing-man or woman so I don’t feel left out or overwhelmed while everyone else is peaking.”

That’s not to suggest that you will want to leave early, but there’s nothing wrong with a swift getaway. 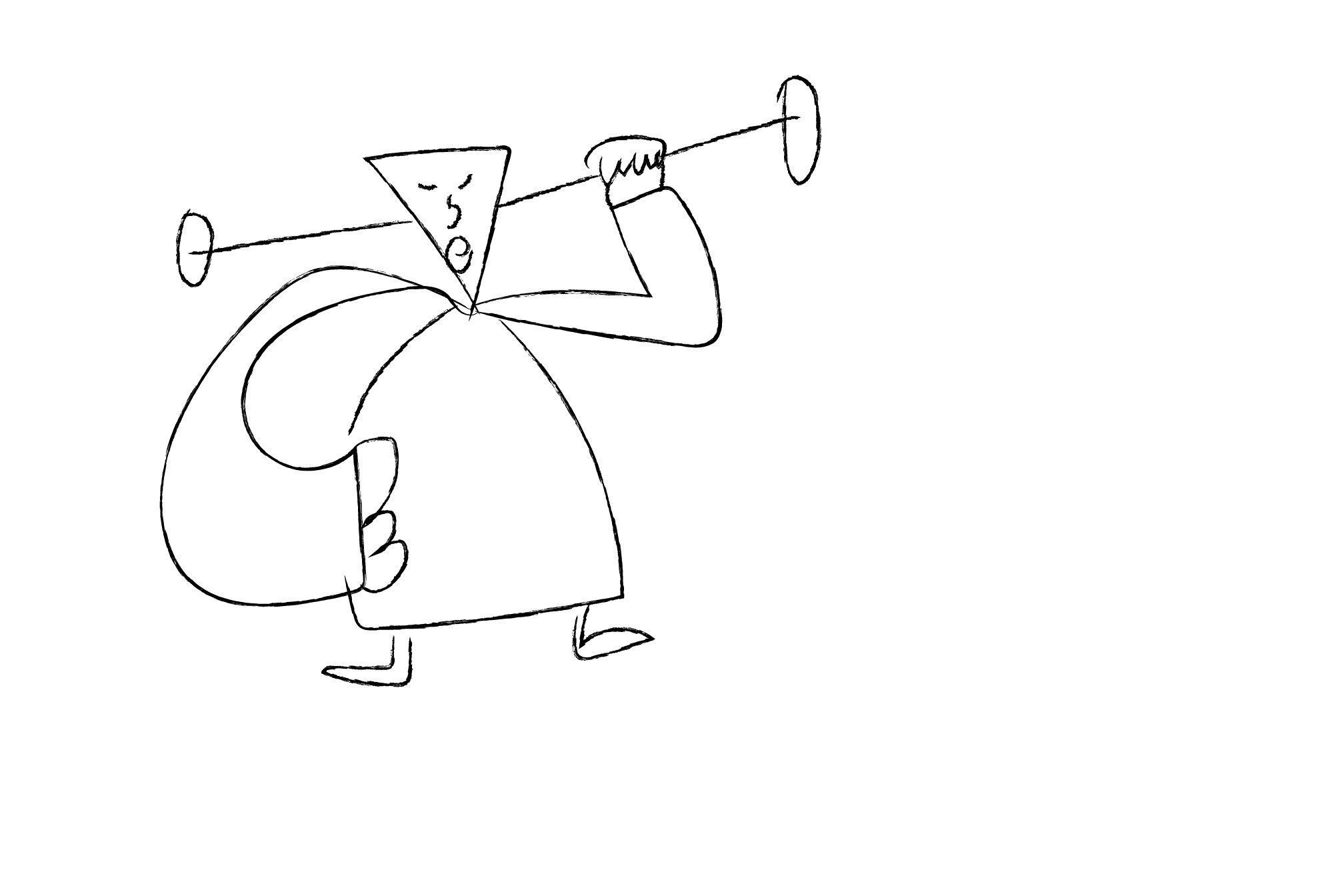 A lot of the DJs we spoke to said that going sober and continuing to live a life in the club isn’t always the easiest of paths.

Giles said: “Once you get a night or two under your belt of being sober it gets easier. I have been reading books about habits; 60 days is enough to break a habit or change a habit and when you realise it's not as intrinsic in you as you might think it is, that can be quite enlightening and give you strength and a feeling that you can control it a bit more.”

“Ease yourself into it, don’t put yourself under too much pressure.It’s important not to cut everything out at once – do what’s achievable.”

Kai believes that it will also take its time but that it is do-able. He said: “I decided to go sober because nine out of 10 times I couldn’t drink without doing cocaine. It was making me anxious, it was making me weak and depressed. It can be hard to dance and enjoy yourself when you’re not on drugs or drink because of insecurities and egos. Once you can break them down it's actually quite good.”