In the mid to late 90s, the Philippine club scene was easily comparable to the rest of the world’s: ravers decked out in eye-warping streetwear, clubs packed to the brim, pop up parties happening from anywhere between the National Library and a newspaper warehouse to a lower ground of a mall that now houses a food court — with not one soul parked on the dance floor and phones obstructing barely-lit venues. 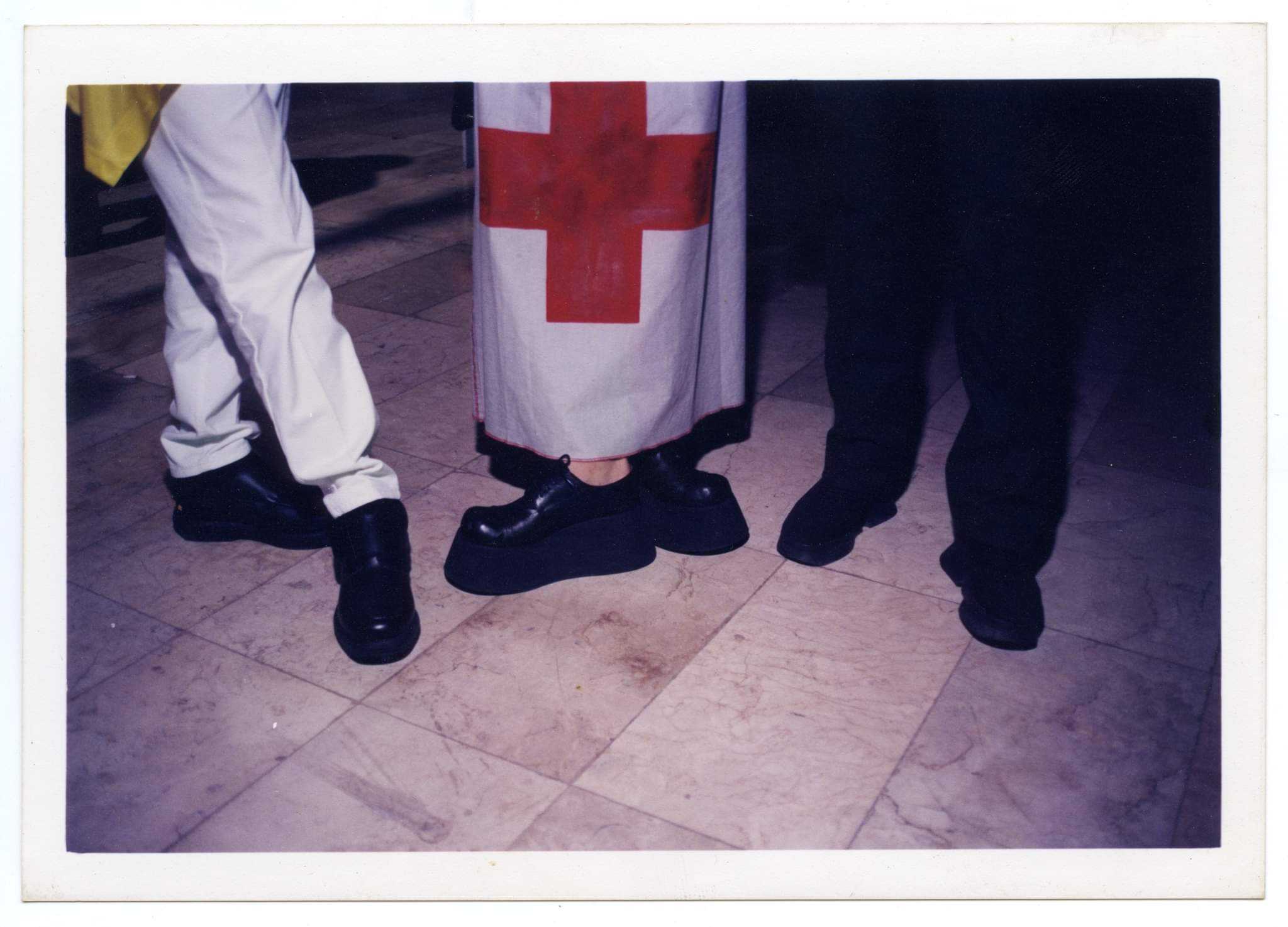 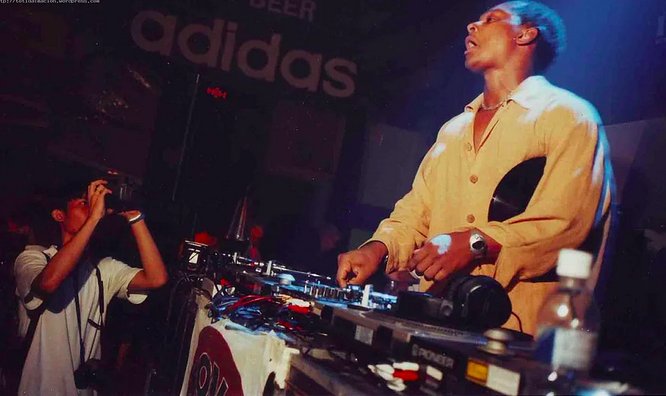 It was all for the love of a flourishing underground music haven that attracted names such as John Digweed, Ken Ishii, Goldie and DJ Polywog. More importantly, the luminous era spawned a generation of Filipino DJs, producers and promoters that would later carry on what the likes of local subculture legend, Toti Dalmacion ignited. 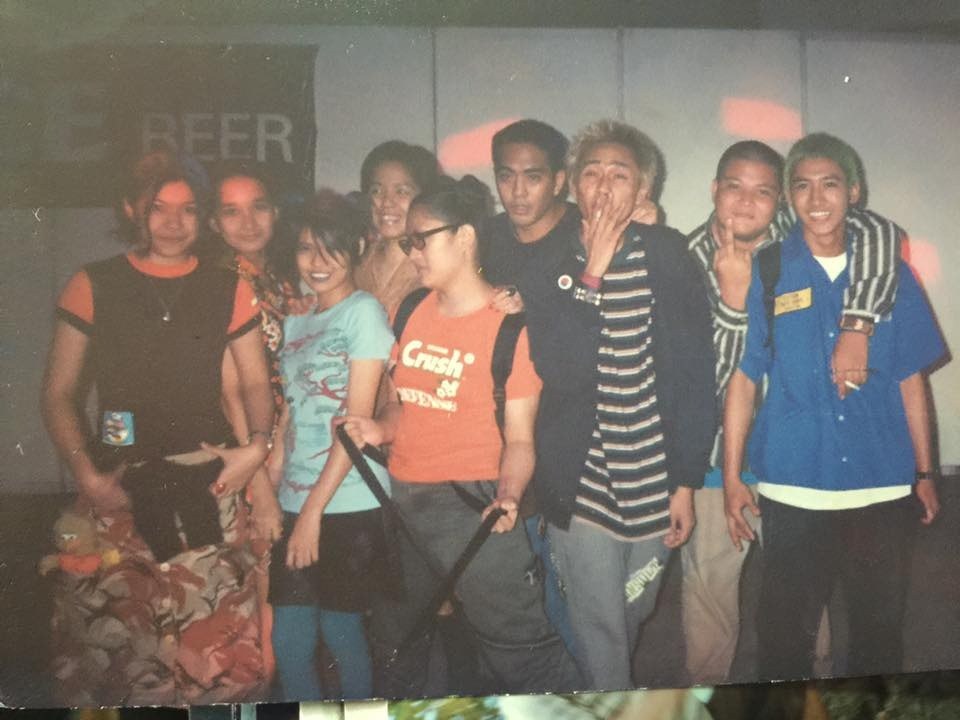 Among those who’ve immersed themselves from one club night to the next are two women who were destined to become Manila’s intergenerational nightlife pillars: Leah Castañeda and Anna Sobrepeña-Ong.

Through the years, Castañeda and Sobrepeña-Ong have dedicated themselves to nurturing the local music scene. Both have a notorious knack for finding talent and both are driven to maintain a nonconformist approach in spearheading club nights that empowered independent and underground DJ’s, artists, bands, and fellow promoters. They’ve also managed bands and artists along the way, on top of often collaborating with each other on numerous events that saw local and international bookings on a singular stage. 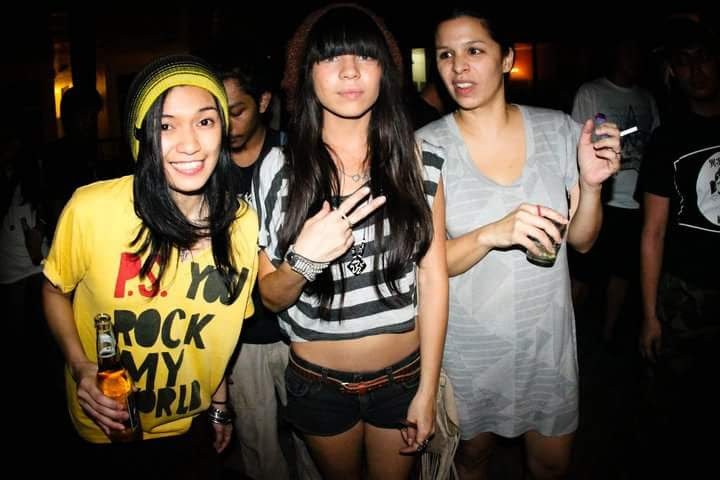 It was only natural for them to later on establish their own playgrounds — the most inclusive spaces that cultivated countless local names and supported often-marginalized misfits who were always meant to flourish: Castañeda’s Today x Future and Futur:st and Sobrepeña-Ong’s B-Side, Black Market, and XX XX.

From the ground up

To say that Castañeda and Sobrepeña-Ong are hardworking and resilient are a far cry from what both women have aspired and endured. They’ve broken down walls, cleared roads and created opportunities for Filipino creatives across the board. However, despite finding themselves in an often-brutal, unrelentingly-niche industry, Castañeda and Sobrepeña-Ong — who remain close friends until now — didn’t exactly foresee themselves as running their own clubs, hosting patrons and guests, organizing events, and mentoring artists. 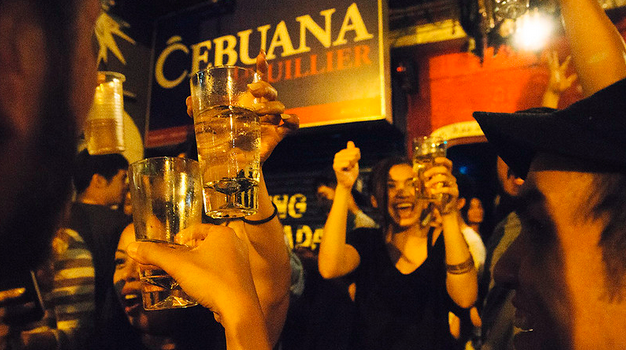 “I never really planned on doing events. All I knew was I wanted to be there, wear the clothes I want and just dance until sunrise. My good friend's brother had a bar back then in Pasong Tamo called ABG's. We would have a night called Thrift Thursdays where my DJ friends would play indie music and I, together with other friends, sold some of our works; anything we made, found cool items, etc. Almost at the same time, my sister had a bar in Pasay Road. I was 17 turning 18 at the time. I worked with her and we would have raves on some weekends. At my friend's bar, they would sometimes ask me to door bitch. Though far from being that bitch at the door, I am mostly quiet just observing, thinking in my head if I really knew what I was doing. Maybe it's the resting bitch face that worked,” Castañeda, who started out as a fashion designer, reminisces. 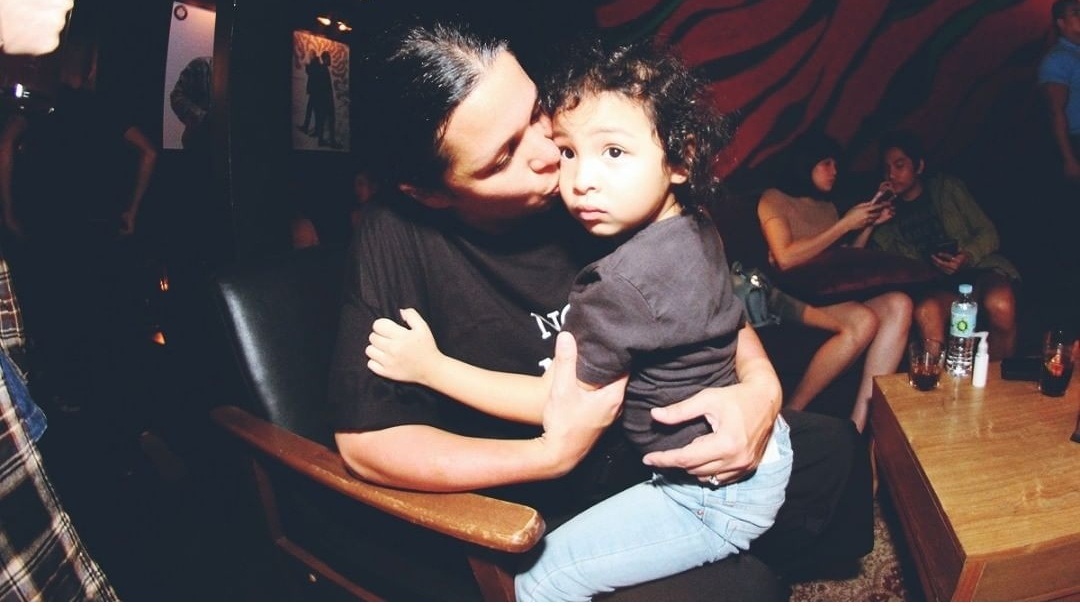 Sobrepeña-Ong, who considered herself primarily as a “fly on the wall”, shares: “I don’t remember when or how I knew I wanted to be part of the nightlife. My first taste of it as part of a venue was when I door-bitched for the notorious Twilo in Libis. Because I was dating a DJ, I had access to backstages and pre-prods. One memory was when Erick was booked by Robby Carmona for a fashion show and saw how things were done behind the scenes. I also absorbed the seriousness of it when Robby was enraged by the inattentiveness of some of his team and participants. If you’ve worked with RC, then you know what I mean. This showed me that things aren’t just all fun and that someone has to take the reins and lead the team to the event’s/show’s success.”

Perhaps one of the many outstanding flairs of Castañeda and Sobrepeña-Ong is the way they gratified and learned from their roots. It wasn’t about being labelled as “old school” for notoriety’s sake. It was about aspiring to what they experienced and paying it forward. That, and never forgetting the power of community and diversity. 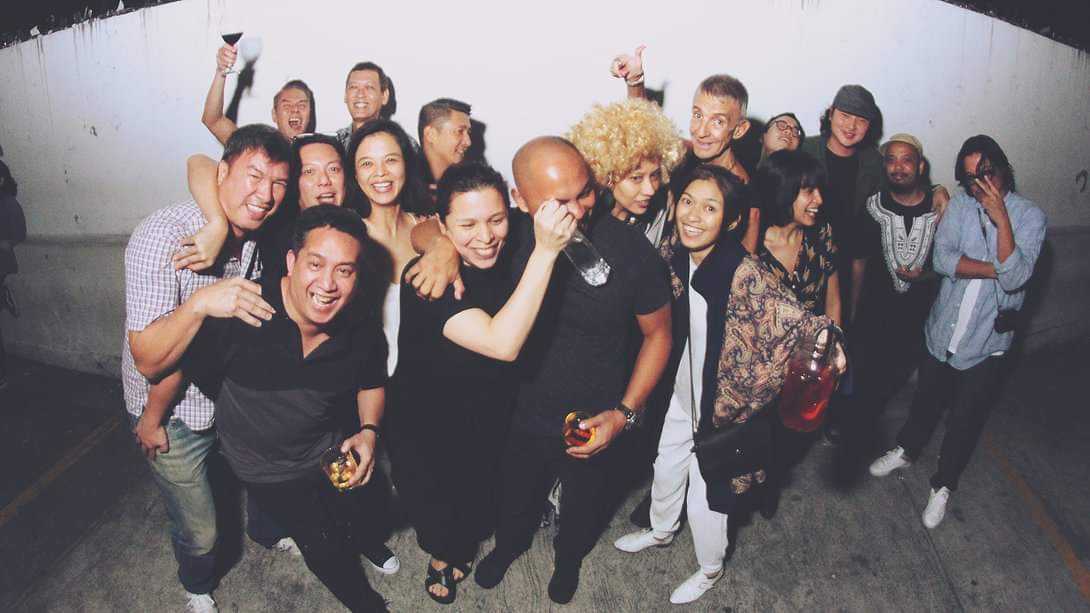 “I always believed in variety. I don't want people to get sick of one music genre. I want people to widen their music selection. In the space I offer or events we usually do, we make sure that we have our experimental nights, club nights, indie nights, 90s alternative, new wave, ambient/triphop, jazz nights etc. We also do art shows, film showings and back then, poetry reading,” Castañeda says. “You know, the new generation deserves a chance to show what they've got. I always believe in passing the torch. And them making a name for themselves is what usually make me prouder.

Similarities and differences between the scene they grew up in and the industry they raise continues to be a major driving force in their personal and professional manifestos.

Castañeda explains: “The 90s was raw and pure. There were a lot of amazing things going on in the local scene. Based on my observation, there was a sense of oneness. Fashion, music and arts and literature were all collaborating. Though individuality became a thing before, it didn't stop us from working and collaborating together. You would see a band performing while there was a fashion show going on. You would see band members going to raves. It was pretty wild back then. I would also say funding was easier back then. Sponsors had money to spare for all these new ideas. They actually come looking for you, not the other way around. Nowadays, we seek and seek for funds just to support something meaningful and wonderful we want to materialize.”

Sobrepeña-Ong quips: “[The 90s] was similar in the sense that I still work with the people we’ve known for 20 years ago. It also felt like less pressure back then. It’s different because of how the nightlife industry has exploded in the last five years and how you really need to push harder. It’s just more complicated these days.”

In an industry that’s still predominated by men and often lacks reverence towards those away from the spotlight, Castañeda and Sobrepeña-Ong’s centerstage has always been behind it, where they bear the heavy lifting, call the most critical shots and continue to mold the future of the local electronic music scene; not to forget how both have championed each other, working and raving side by side for nearly three decades. 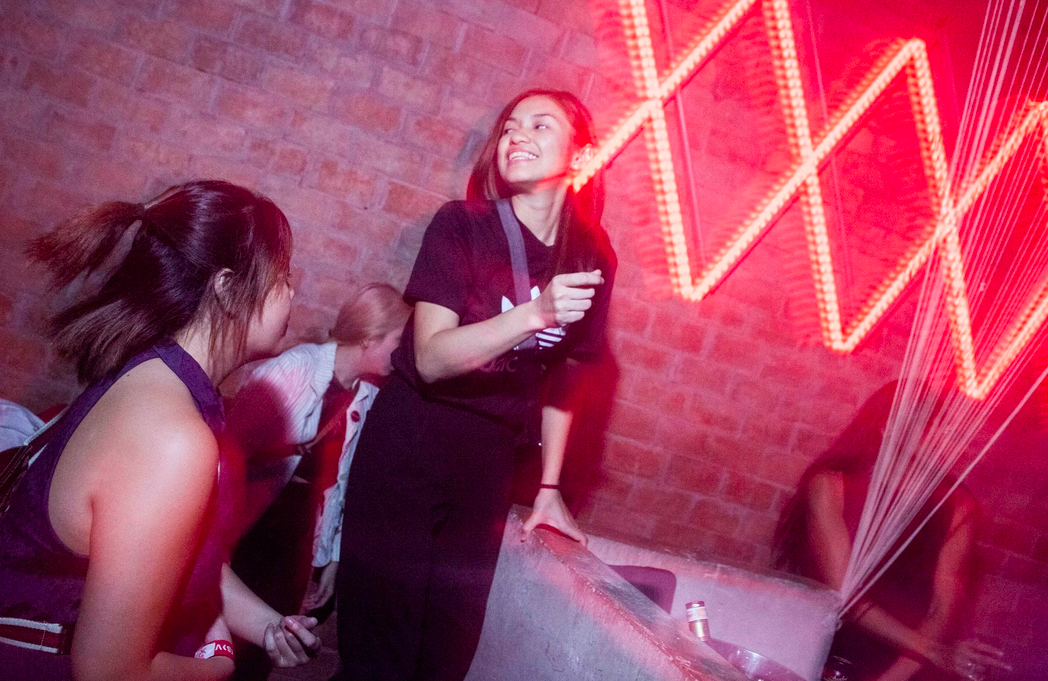 “Leah is definitely someone I am happy to be in the scene with and I always appreciate her natural tendency to protect her brood and how she encourages new artists to go for it. She is an institution and a force to reckon with. What I admire the most about her is how she cares for the scene and how she holds that light up high so that others may follow. The subculture demands persistency and persistency she has,” Sobrepeña-Ong opens up.

Castañeda notes: “Anna and I are like yin and yang. Sometimes, the way we work can be polarizing but that doesn’t hinder us from learning from each other. I look up to her. She’s provided us with a much bigger space, including myself, to do bigger events. She continues to play a vital role in our industry, and she’s helped so many creatives along the way. The subculture now wouldn’t be what it is without her.” 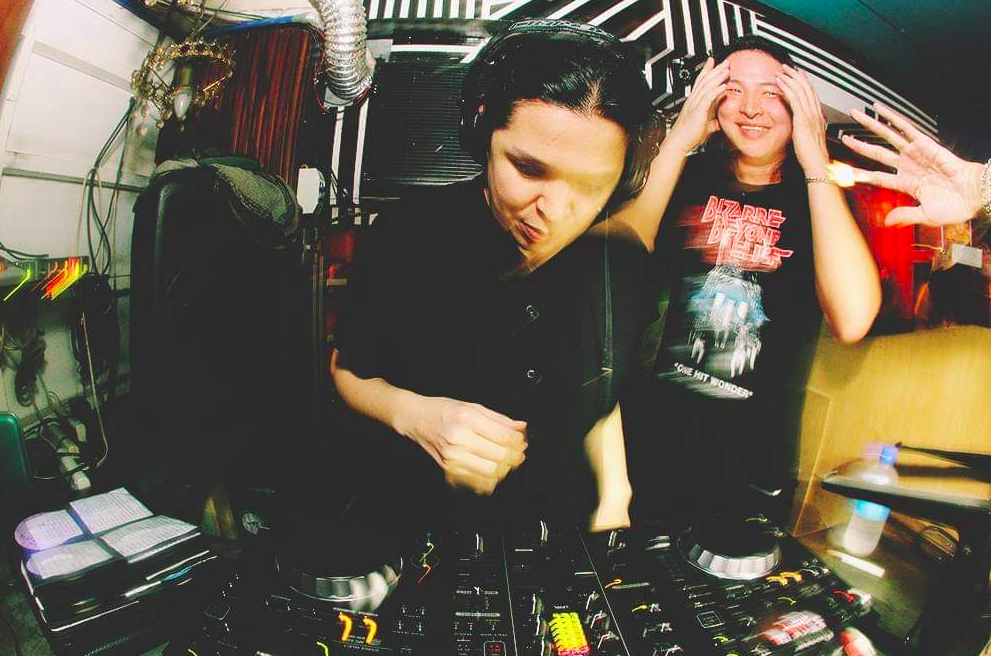 Their inspiring friendship and journey have particularly opened up many doors for women and the LGBTQIA+ community, sparking ground-breaking collectives and events that made their spaces a home for the hungry and revolutionary. With all they accomplished — and still continue to — they hold near to them every bit of lesson they learned along the way. 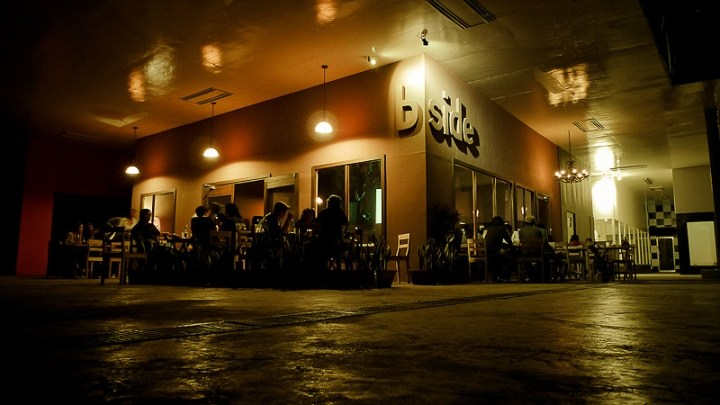 “B-Side became a platform for local artists and brought in International DJs and acts and barely charged door so we could have a complete community. It was also where Irie Sunday was born. Then B-Side Productions — were my partner Giselle, and I started our journey with Alliance Francaise and Fete de la Musique, and of course, working with the artists in our roster was definitely an experience in its own,” Sobrepeña-Ong explains. “I learned that you can’t please everyone, and know when to rest. Drink water in between drinks and try to be too fucked up when it’s time to pack up.” 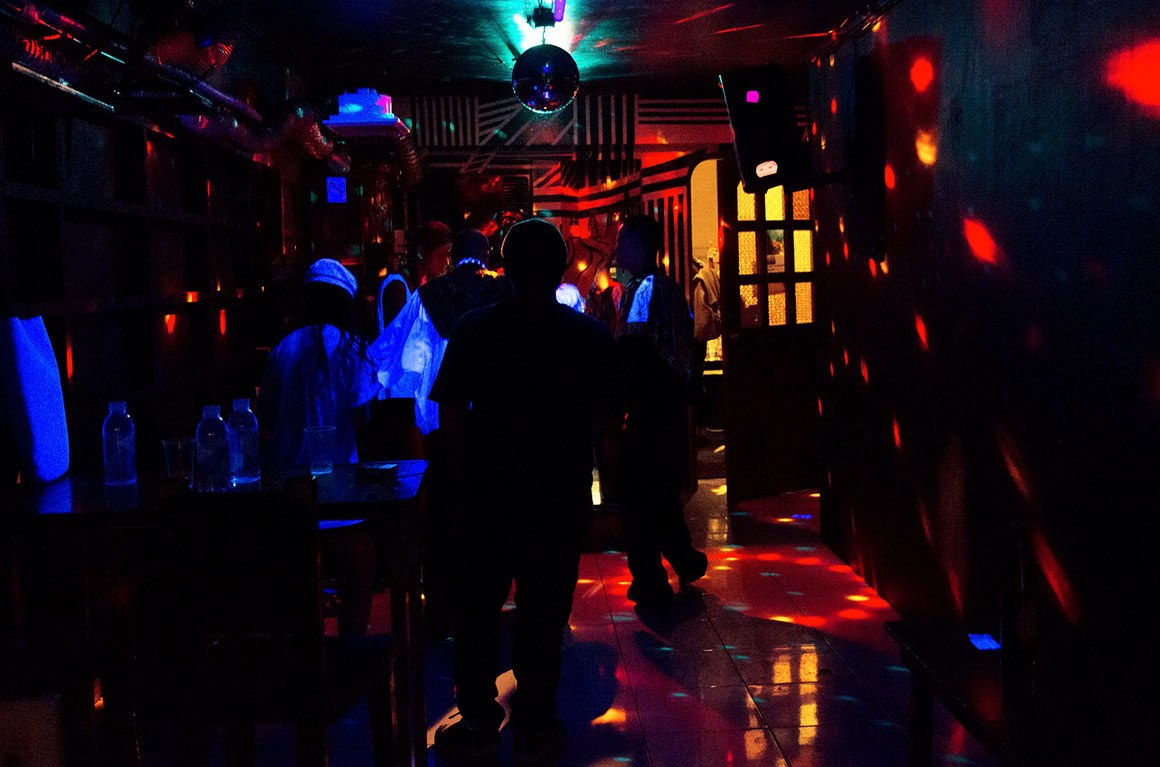 Castañeda shares: “The ones I hold dearly the most are the people that flourished from Future. These people became my friends. We all grew together. I am so much proud to have given them the space to be creative, to be who they really are, to find themselves in the safest way the space could offer. It's like having a second home. Where the people in it became home. I always shared my roots, how I got to where I am. It's what I'd like for everyone not to forget. Remember the people that started working hard to get where you are now. Be grateful to them. Your inspirations, the people who helped you along the way; the people who you can call mentors.”

The shape of things to come

Both Castañeda and Sobrepeña-Ong’s impact endlessly ripples through the current state of the subculture. However, no thanks to the pandemic, which nearly obliterated the nightlife and events industry, both mull over the future that awaits the scene. 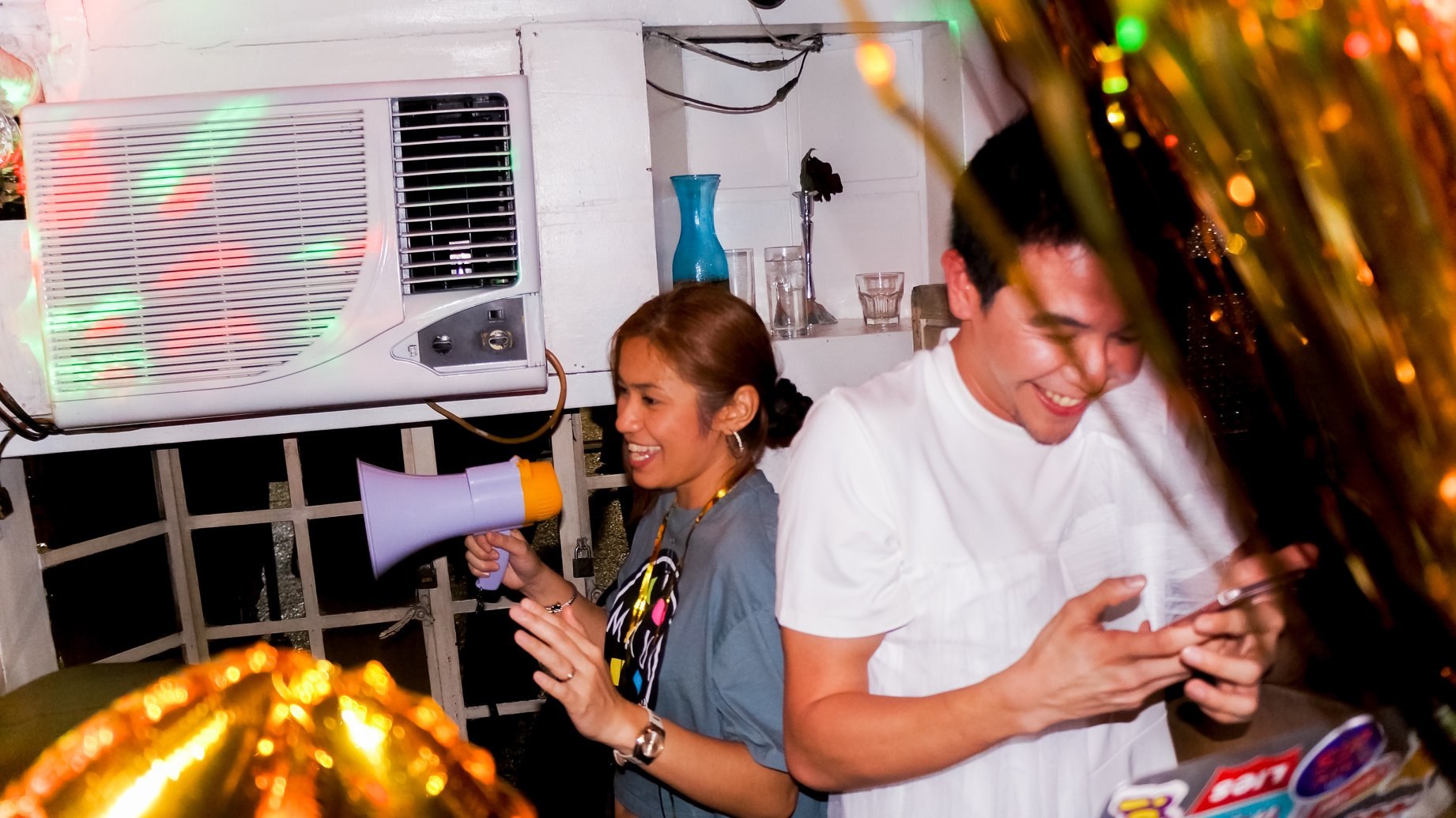 “It depends on how this pandemic ends but I see a lot of passionate kids out there. We just need to get back on track again; to collaborate as much as we can, to stand as a community and to promote more local artists before we go back to flying in artists again. If that time comes, better we make sure that our own are also being acknowledged elsewhere,” Castañeda wonders. 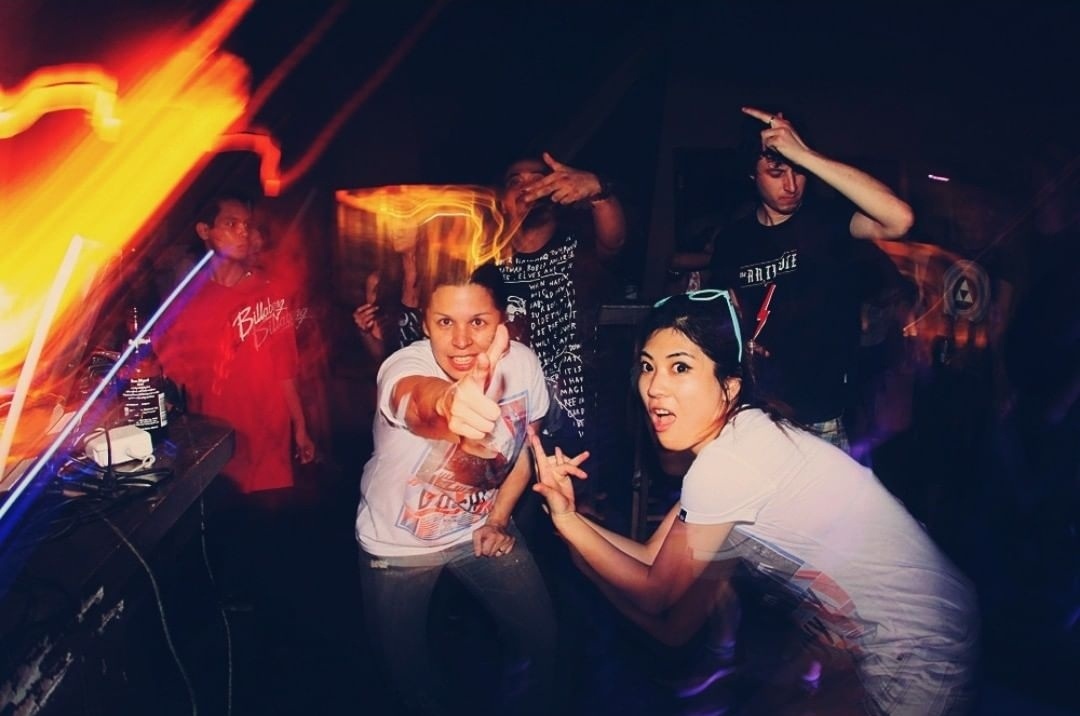 Sobrepeña-Ong adds: “I feel emotional when I think about this. So much traction lost and it feels like we all have to start from zero. I can’t even look past two weeks into the future as we are now traumatized by the sudden lockdowns and the hardships of having to open and close our spaces again and again. But if I must dream, I wish for it to be more thought-of and more meaningful for both the venue and its patrons. It’s not just about getting drunk and hooking up and it’s not just about notoriety. It’s about what you bring to the table. Everyone matters and everyone has the responsibility to contribute and give back. You simply just cannot take.” 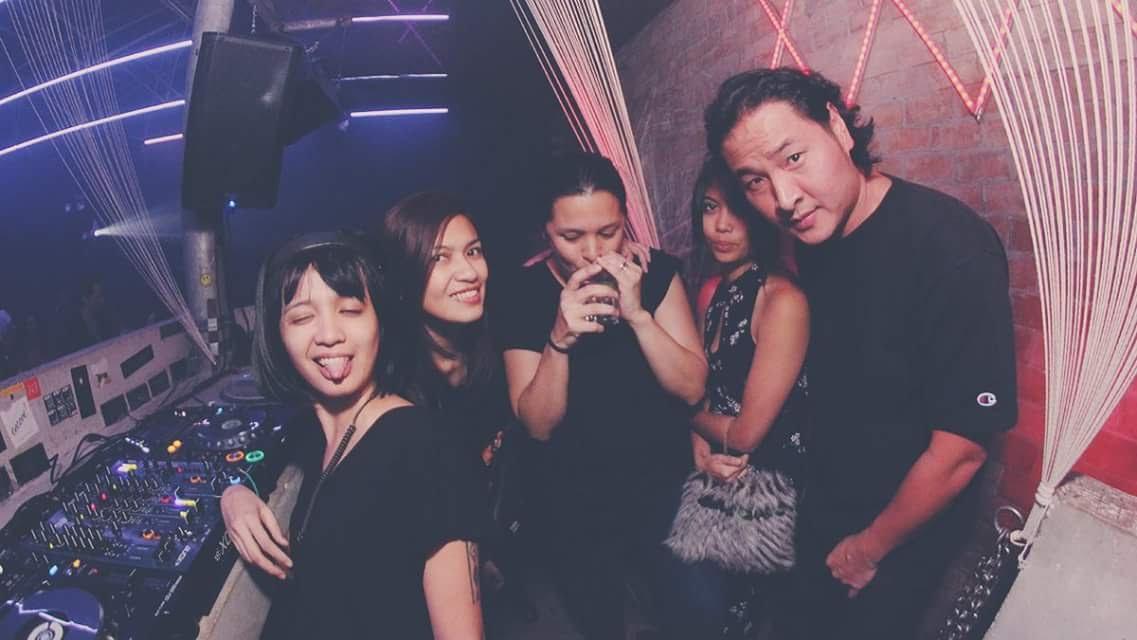 Fortunately, with the two powerhouses still actively dedicating themselves to the scene, albeit attending much fewer benders and afterparties, they’re honing the next generation of DJs, promoters and talents that would hopefully treasure the industry as much as they did. After all, their legacy are the ones currently on a mission to keep the fire burning.