LA-based Mark Redito is a producer, plant dad — or in Filipino terms “plantito” — and 3D/CG artist who has found a way to fuse his passion for botany and gardening with his love for computer-generated art forms, into his music, wherein he envisions a future in which technology works alongside nature.

On his third full-length LP Natural Habitat, released on ZOOM LENS, he gives a modern take to the lineage of artists who have partnered their artistic movement with nature, such as Mort Garson’s Plantasia and Stevie Wonder’s Journey Through the Secret Life of Plants, embracing the concept of biophilia — the innate connection of humans with all living creatures.

The album was released as a special edition 175g heavy vinyl limited to 500 copies, which included a hand-stamped envelope including seed paper, which listeners can plant themselves. 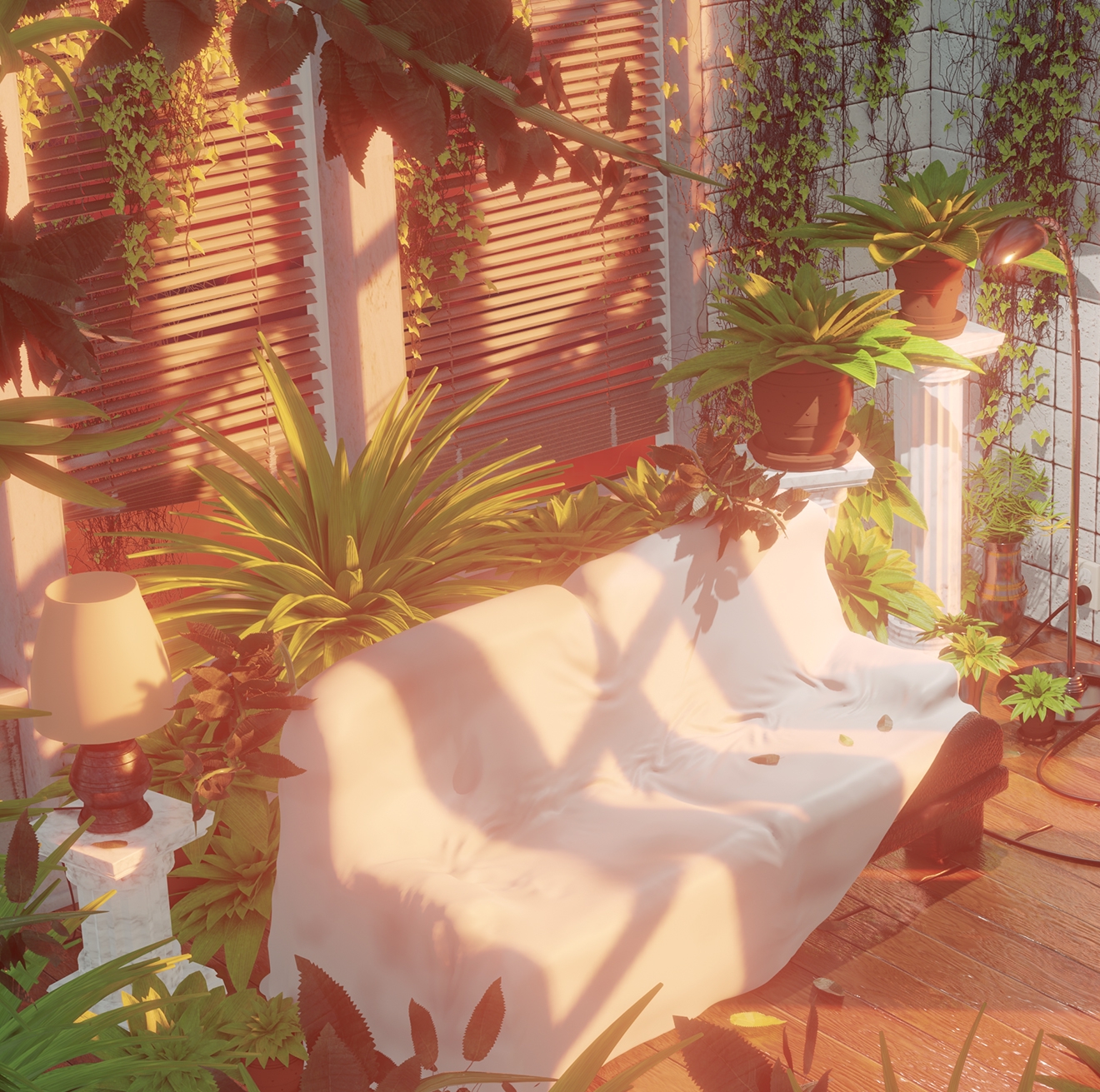 Redito’s deep relationship with plants started years ago when he first moved to his apartment with his wife who purchased a pothos plant, followed by a fern. Since she was away for work during the daytime, the producer found it in himself to care for the plants while she was out. 40 plants later, he now has an album dedicated to that symbiosis.

“Like, I think, for a long time, I thought that I had like a black thumb. But then caring for the pothos felt natural and easy. And I think once you get the sort of rhythm of like, what their needs are, which is like, water, light and good soil. That's it. That's all they need. And so yeah, I think from there, you know, from 2016 up until like, now my collection grew over time. I collect houseplants that are usually like tropical plants because it also reminds me of the place where I grew up. So you know, there's a lot of like monsteras in my living room, it looks like a jungle but that's sort of like the vibe that I'm going for,” he told Mixmag Asia.

Aside from the connection to his Filipino roots his plants give him, the producer also shares that as an artist his babies have taught him to be intentional with his attention, teaching him great lessons in flexibility and adaptability. He admires their capability to be energy efficient with how they live, only spending energy when it’s needed.

“For example, if it's like, in the wintertime, they tend to sort of conserve their energy, and then it sort of just build all that sugar, and all those growth hormones, and then also, when spring comes, that's when they could sort of like, bloom, and grow. That's very much applicable to a lot of us, you know, as humans as artists, and also as creatives that can be mindful of our energy expenditure to only focus on projects that give us life, of course, everyone has to make a living, but there's something about conserving your energy for things that matter to you,” said Redito. 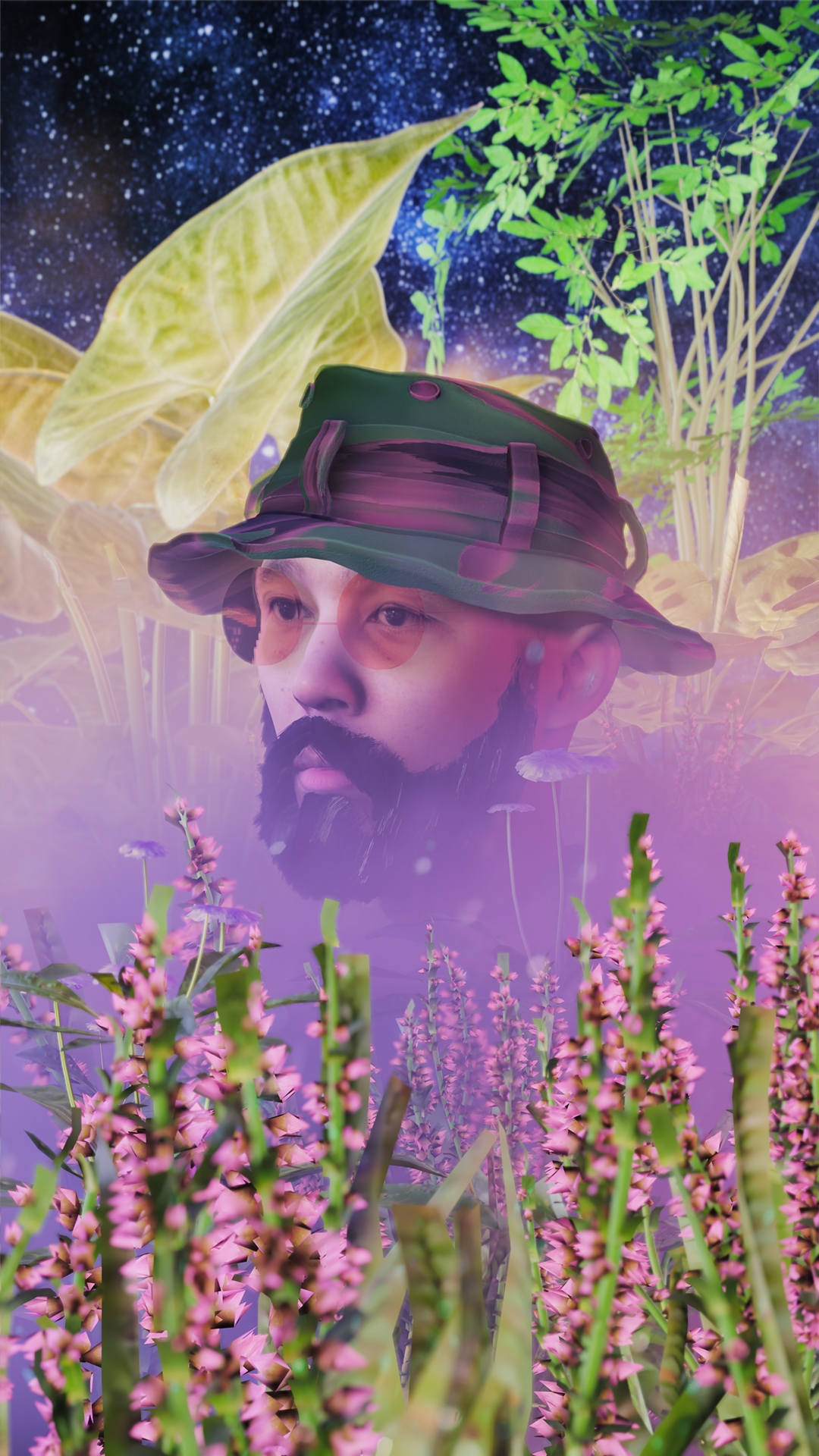 One the album, the producer sampled tracks he found from Bandcamp via sound healer Simone Vitale that involved plants hooked up to a MIDI that would transform the biofeedback of it, such as sugars, little movements here and there, and in turn convert that into music. Eventually coming to the final output of one of the tracks 'Anthurium', which offers a vibe that is steady yet still upbeat with a bit of an abstract, and experimental melody.

Musically, the seven-song album strays from the typified ambient and new-age sounds of nature-inspired music, instead opting for an electronic and dance-oriented ethos, which also brings in collaborators such as Hollis Wong-Wear.

If you listen closely too to the rest of the tracks you’ll hear sounds of recordings of Redito hiking, little noises in the back that translate the calmness and peacefulness whenever he’s around nature. Aside from production, he also pushes his inspiration from greenery lyrically on the track, 'Nowhere Left to Grow,' where he metaphorically paints the story of two lovers trying to make their relationship work but in the end realise there’s no more growth.

While on his next releases he shared he would love to delve into the world of blockchain for inspiration and how global the concept is, he still recommends fellow producers and artists get into gardening as well.

“I guess like everyone, I would always suggest starting small, you know, not to jump in right away. Start with one plant and see how you feel about it. Because, you know, I think plant care sometimes can be overwhelming to some people, especially if you don't have any background in gardening. But I feel like, once you feel confident in taking care of one plant, I think number two and number three would be easy.”

'Natural Habitat' by Mark Redito is about celebrating plant life, our interconnectedness with the natural world, and contributing to a more sustainable ecosystem. Buy it here.