Thailand is more commonly known for its idyllic islands that often transform into lunar-based psychedelic forays for the masses and hedonists; for its aromatic and tongue-scintillating cuisine (and of course, mango sticky rice), and also its less than gentile nightlife that attracts DJs and party-hunters from around the world.

But what should be more talked about for still being so widely prevalent across Thai society is molam, or mor lam, music — folk music that originates from Laos and the Isaan region of Northern Thailand where the genre's namesake lends emphasis to the art or expertise of storytelling.

While its rural roots grew into a popular movement across the country in the 1960s and ‘70s, in recent times it’s been adorned and elevated by modern bands like Khun Narin and Paradise Bangkok Molam International; internationally, the sounds of molam have resonated through Texan band Khruangbin. Plenty of this music has been recorded and pressed on vinyl, mostly on seven and ten-inch formats — molam purveyors in Bangkok have been thriving off this immense archive of both old and new Thai folklore music, one of them being Dutch DJ and multidextrous creative Maarten Goetheer.

Maarten’s story is one that is immersed in the deep yet intimate network of keen-by-ear collectors, and it was an influential scene cultivator by the name of Maft Sai who the Dutchman reveals how his own story began. Today, Maarten releases a flowing stream of edits that are digitally available for free and also pressed on wax.

To give us a better understanding of the genre and its deep impact on the world of diggers, Arun Ramanathan speaks to Maarten Goetheer about his Poy-Sian edit series. He’s also offered an exclusive mix and edit for Mixmag Asia readers to download… for free. 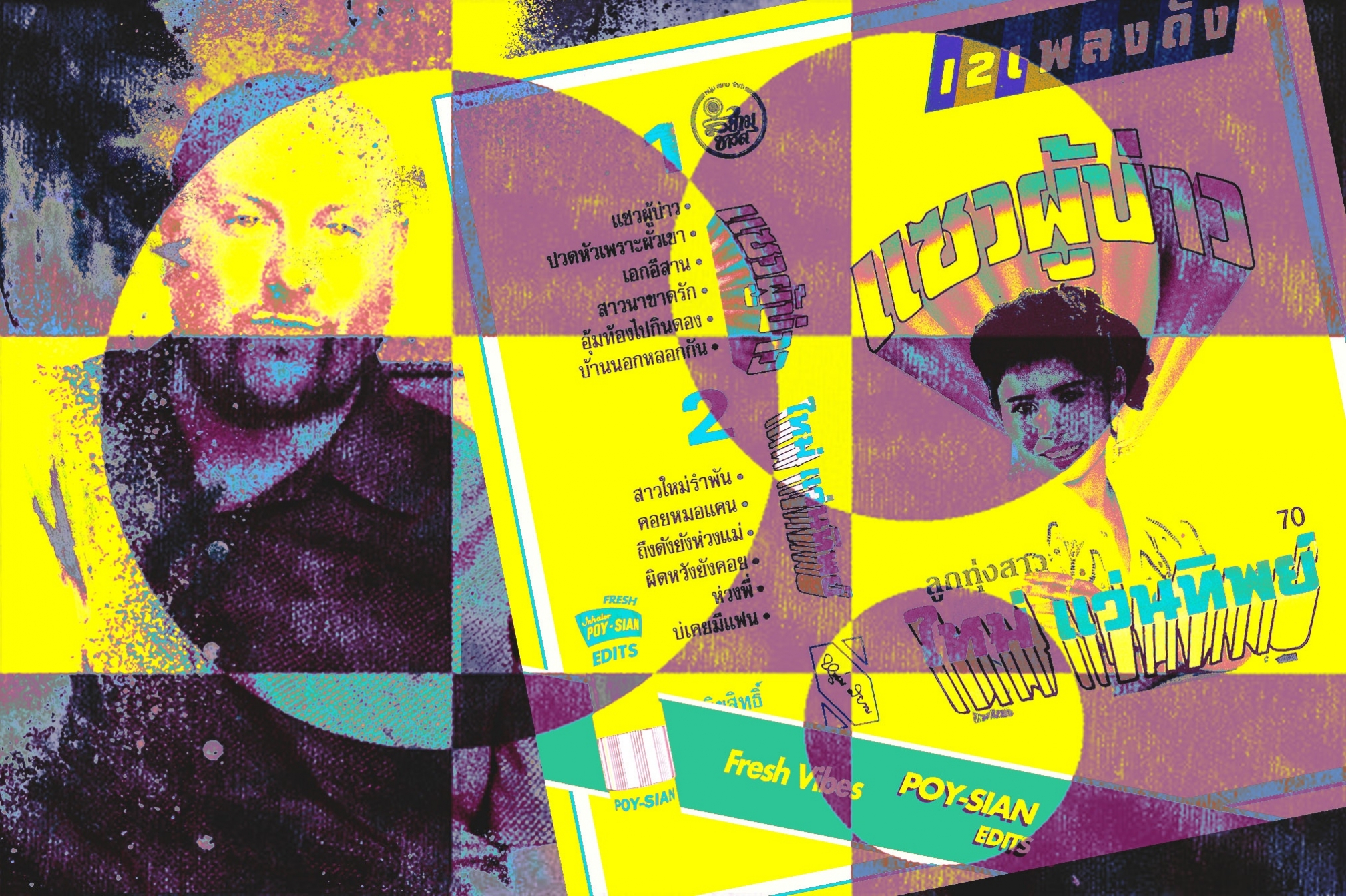 Hi, Maarten! Thank you for taking the time to give me and our readers a better understanding of your passion for Isaan music and the incredible culture behind it. Khob khun krab!

You’re from The Netherlands, but have been in Asia for some time now. How/why did you end up in Bangkok?

So, I moved to Asia when I was in my early twenties, pursuing a career in film in Hong Kong. After ten years in Hong Kong and China I made a move to Thailand to work in music as both a DJ and an Entertainment Director. Now I run my own music company (Never2Late) and am happily married to my beautiful Thai wife and we are blessed to have an 11-month-old baby boy. I call Bangkok my home now. It is an amazing place.

Onto the music; the definition of molam can be broken down to meaning “an expert at telling stories through music”. What kind of a story do you want to tell with ‘Poy-Sian จังหวะ Edits’?

I was so greatly impressed by the heritage and history of Thai music that I wanted to find a way to draw some more attention to these nearly forgotten gems. It started out with some personal edits to DJ with but soon people started asking me to share them. So in quite an organic way, I decided it would be great to do a small batch vinyl release which was well received, not unimportantly by the local Thai DJ community as well.

A little deeper into the genre, what drew you to Isaan music, and could you break down the Thai folk-inspired genre for us? Apart from molam & luk thung, are there other styles of Isaan music to discover?

I think it is fair to say that for the recognition of Thai music outside of Thailand, the work of Maft Sai & Chris Menist has to be mentioned. They were responsible for the Sound of Siam compilation on Soundway. The Bangkok record store Zudrangma by Maft Sai is still running very strong.

So when I first moved here, Maft gave me a warm welcome and I got introduced to what he likes to call Isaan dancehall. What resonated with me was the almost (Jamaican) dancehall style toasting to the Isaan riddem, and the storytelling in Thai singing where singers would square off against other singers in a playful way using colourful metaphors. I also love the raw and unpolished vibe and the hypnotising rhythms. There are other genres such as rawong and all the music from the (Muslim) south… Enough to discover.

Is Isaan music restricted to its north-eastern region, or do you hear it in other parts of the country, including the capital city Bangkok?

This music of molam, luk thung, luk krung is really part of the fabric of life throughout Thailand. You would typically have luk thung artists perform at funerals, weddings, and ordination ceremonies. In Bangkok you could hear this music blaring out of a tuk tuk, or play at a local Yadong (Moonshine) bar.

There is a huge Isaan workforce in Bangkok and as luk thung’s roots stem from the working class, it is championed by the people. Also worthy to note is that not all luk thung singers are from Isaan; someone like Sayan Sanya comes to mind. For any reader more interested in the broader context of the music culture, James Mitchell wrote a great book and in one chapter he explains how the music has historically also been used as a political tool and as songs of protest and government critique.

You’re also a prominent house and disco DJ in Asia — do you get a chance to play your indigenous edits out at your gigs?

Yes, for sure! The music is very danceable. Lately, I have been also digging some more 80ies boogie-style Thai records; I like to call it digi-molam. These records easily mix with Western or Japanese disco and boogie and the (Thai) crowd is usually a bit surprised I would even have these records, ha ha!

From a digger’s perspective, what makes an Isaan record a gem?

First off, the Thai are amazing musicians; they have got that loose swing on lock. For a great Isaan or molam record what stands out to me is that hypnotizing atmosphere that makes for psychedelic/esoteric listening. To put you in that musical trance...

Where do you go to look for Isaan records? Do you also buy edits, or just make them?

Thai/Isaan music is a digger’s dream! There were countless 45s pressed as the whole country was crazy about this music. Luckily the government never cracked down on the music unlike in, let’s say, the socialist regimes of Laos, Cambodia or Vietnam. This means that there are countless record stores and private seller’s out there to buy records from.

I have not been to Khon Kaen (the capital of Isaan) yet, but if I do I'm sure to get my fingers dusty. I have to shout out Mahanakhon Soul who helped me a lot in finding the right records. Go follow his Instagram for some real 45 heat!! 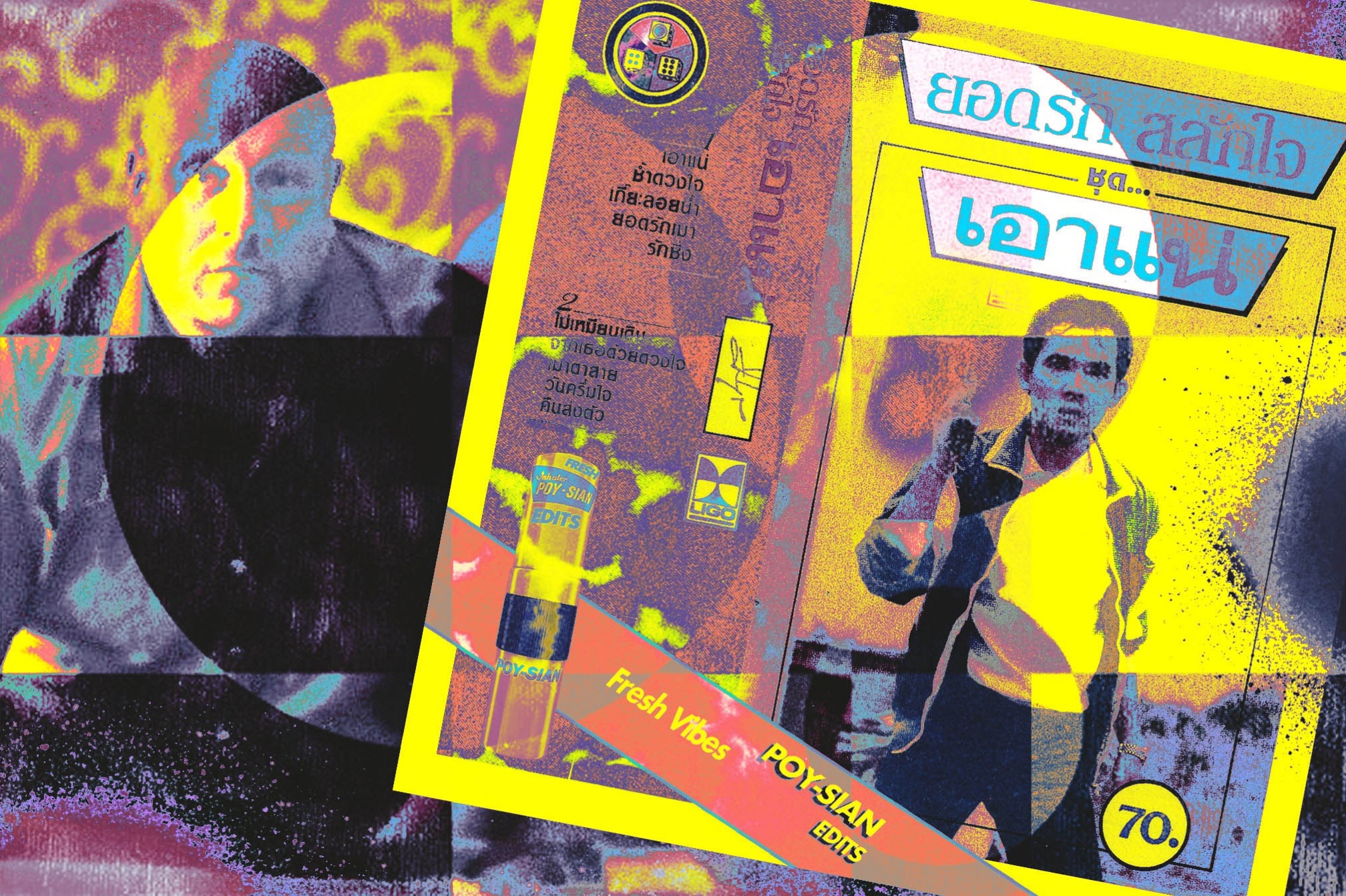 Mind taking us through your editing process? What are your tools and do you have any tips for our readers with studios?

This might surprise some producers but for the ‘Poy-Sian Edits (Volume 1)’ I did not quantize any of the edits. It is a little bit more work to put together, but this way you can keep that raw essence. I am sorry for all the DJs out there trying to mix these, but the BPM slightly fluctuates throughout the tracks, ha ha!

Your favourite cover of a Western rock or disco tune?

There are often traditional and ancient elements layered into the music, such as sounds from temples. What’s your take on the future of Isaan music? Can it be preserved?

Absolutely! In the countryside as well as around the major cities, the music culture is still an intrinsic part of life, including the music played at the temples which are important religious and social spaces in Thai culture.

As for the young generation, they’re starting to realise that it is not just something old-fashioned or just for their parents' generation. From Khruang Bin citing it as a huge inspiration, to bands like Paradise Molam and Khun Narin taking it to festival stages around the world, this music really is something the Thai people and their young generation can be proud of. Much like its world-famous cuisine, it is complex, tasteful and full of surprises.