Jeremy Cheung can probably out DJ your favorite DJ.

When the clock struck 12 and we entered the year 2020, it marked 20 years since Jeremy Cheung first mixed two records together. Since then, much of his career has been spent occupying the DJ booth that sits within the four walls of the OMA cosmos in Hong Kong. The space, not the club, has been there nearly two decades and has been a prime breeding ground for Hong Kong's underground music scene. Between these walls is also where Jeremy Cheung honed the echelon of artistry that he has become known for, and when combined with an encyclopedic knowledge of music straight across the spectrum, today he demonstrates profound versatility in the way he switches between genres with ease and grace — even during a15-hour set.

With the quality of music coming above everything else, along the way Jeremy applied his music philosophy from DJing to producing and delivered a string of releases on Hong Kong-based label Typhoon 8 that encompass his energy and enthusiasm for electronic music — and he kinda liked it. 2020 will see Jeremy Cheung take his two-decade-long love affair with music to new soundscapes. We’ve been watching him for years with revery and with awe, so he was an obvious frontrunner for a Mixmag Asia presents showcase in Vietnam. We thought you should get to know him too…

What's the best thing about living in Hong Kong?

Hong Kong is an international city, so it's easy to make friends from all over the world. It also has a very interesting local culture, especially with its funny Chinese dialect of Cantonese, which is also our mother language. 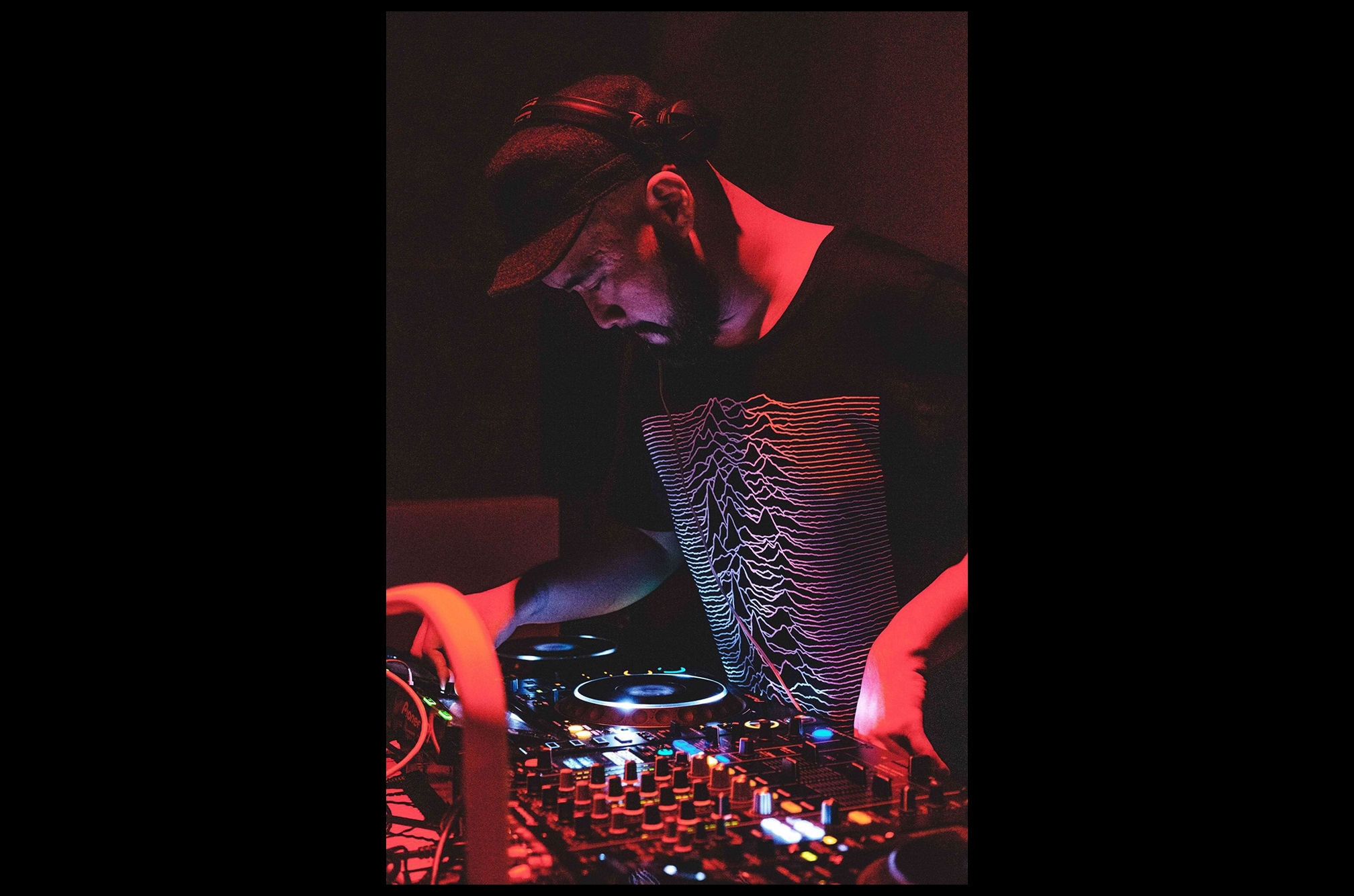 In the late 90s till the early 2000s, it was a trendy thing to do to go to big parties...raves. We used to have three to four big events with thousands of attendees per month. Of course, it was huge fun because of the great atmosphere. When the trend died down, which was around the mid-00s, the majority of people lost interest and shifted to other things. But the few hundred people that stuck around, the true music lovers, well they're still around now twenty years later — that's me.

How have you seen Hong Kong's music scene grow since then? Can you tell us about your own role in that?

Although attendance has decreased, there is a dedicated core crew of music lovers from those early days that still follow and stay up-to-date with new music. And if there is a plus side to the low attendance, it's that promoters have a lower budget and that gives local DJs more opportunities to perform thus gain experience. But when we do book international acts, it's more about fresh faces with fresh sounds and not just the same ten superstars DJs that have been booked over and over again.

Looking ahead, how do you see things in the music sphere changing in light of current affairs?

Despite the lack of big crowds, Hong Kong's scene has always been doing well — we have a good crowd. But I hope the rent for venues doesn't get any higher so that they will survive. Also, we've seen slightly more special events and music festivals taking place in the last few years, so I think we have just enough momentum to maintain progress at the moment.

In fact, there are quite a few underground music clubs in Hong Kong but you’ve been a resident at OMA for sometime now. Why the infamous status of the super small club? 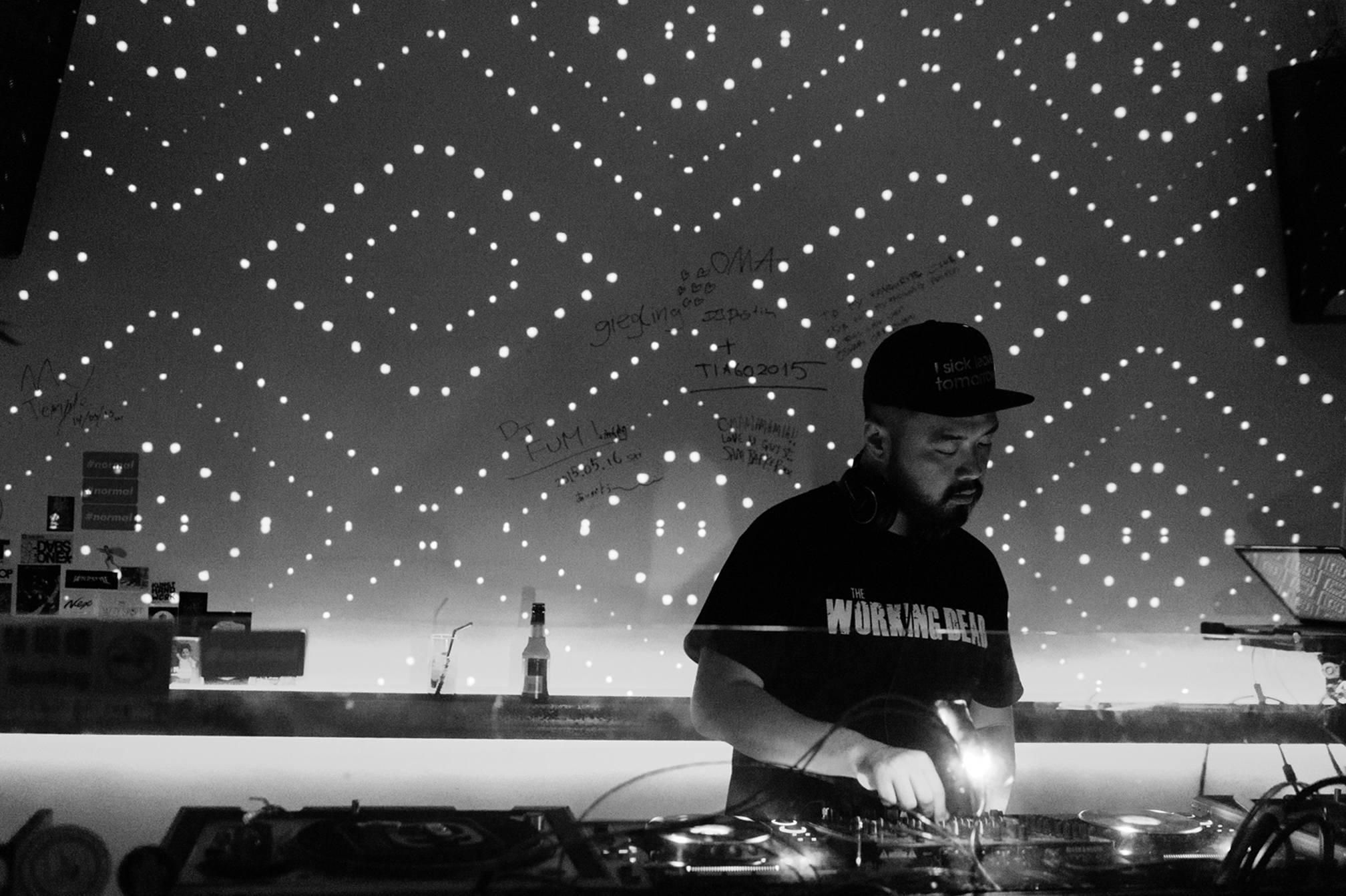 The art of mixing, to me, is keeping the flow and mood right with tracks mixed together and played at the correct timing, no matter the genre. It takes a lot of practice and not something you can master in a year or even five. But in mastering this, it finally means you are truly an eclectic DJ and worthy of that status — and that’s where I’m at now.

House — because you can play house the techno way but can’t really do it the other way round.

You’ve been called a DJ’s DJ without ever being pigeonholed as one kind of artist. What about your selection process do you think has awarded you this status?

I love and play all kinds of dance music, from house to techno to disco to drum 'n' bass, and so on. Inspiration comes from everywhere, from movies to concerts, television commercials and so on. I always think a DJ should listen to different kinds of music from what they play during their free time to get inspired.

I also support all kinds of dance music events, so that could be why I get respect from every kind of promoter and DJ.

The role of an opening, headlining and closing DJ is very well defined. Or maybe it isn’t. To you, what dictates the direction of each slot?

Actually, it's always different because you have to see who you are opening for, where you're playing and what time. You need to plan ahead, know the venue and the expected crowd. Regardless of what you might have heard me play before, I will play a totally different opening set for Tiefschwarz than I would for Answer Code Request — one has to be a bit mellow, and the other has to be banging. And as a headliner, the difference is even greater between when I play an evening slot at a festival compared to playing at 2am in a club. Closing sets as well, just imagine the two different scenarios that unfold between 5am at a big club, and 10am at a beach party.

Club — because I can play a longer set.

In your humble but very experienced opinion, what needs to change within Asia’s music communities to see it become a stronger scene and on par with the west?

In fact, many countries in Asia are doing really well at the moment. That said, dance music culture does come from the west so they will always have a better scene than us, but our hard work is paying off. In my opinion, we don't need to be stronger than them, and it's not necessary to compare. But we do need to improve, and that also depends on our government. I hope to see the governments of Asian countries better supporting its music scenes as we see in many European countries.

As a veteran in the music scene, what young artists can you credit as up and coming that Asia should look out for?

Look out for Romain FX from Fauve Radio, Nanogram and Youry of 宀 club.

What three songs could you play in your sets forever?

Someone told us you’ve launched a line of t-shirts called ‘sick leave tomorrow’ — what’s the story there?

This was actually launched by one of my friends who was a techno DJ and producer a long time ago. I love to wear it because 'I Sick Leave Tomorrow' is Hong Kongese English, as well as hugely applicable to our scene and the ‘calling in sick’ culture.

I really want to explore more dance music scenes all around the world, and of course, that also means partying to places that I've never been to before. Also, I really want to produce an EP that I’m truly satisfied — and that's on the agenda hopefully by the end of the year.

And if the world were ending, what’s the last track you would play?

It’s not easy to pick one but I would say 'Belfast' by Orbital.