Who: Marmosets
Where: Bangkok
Sounds like: Different scopes of deep house to techno with experimental sounds, including live jamming sessions with hardware synthesizers

Bangkok rising is how the world has been referring to Thailand’s vibrant electronic music scene and the opening of Beam earlier this year only solidified the city’s position on the global music map. The recognition might be new but there’s one artist who has been nurturing it since the get go – Marmosets aka Kingkong. He also happens to be Beam’s music director but before that he worked with Bed Supperclub, Grease and the W Hotel amongst others while sidelining projects like production lab Zoo Studio, music media outlet TEMPO and event brand and all around creative space UFO. Since 2005 Bangkok music lovers have known him as Kingkong but recently his Marmosets project has been stealing the spotlight. So we decided to shine the spotlight a little bit brighter and we talked to the scene stalwart about life as a local purveyor of underground music in the city of Bangkok.

We also locked down an exclusive mix, listen and download below.

What’s the best thing about Bangkok?

What’s the worst thing about Bangkok?

Take us out for a night in Bangkok – from dinner, drinks, party to after party?

You’re one of the chief stalwarts of Bangkok’s underground music scene, how have you seen it evolve and progress over the years?

It's grown up a lot in the last three years. Also this year, underground music here has become more than genre of music – it’s about your lifestyle, your nightlife and your tastes. Now I feel like my nights are surrounded by underground music people and we can play our music in a lot of different venues such as Beam, Dark Bar, Studio Lam, Jam, 12 x 12, Whiteline, Mustache, Glow, etc. 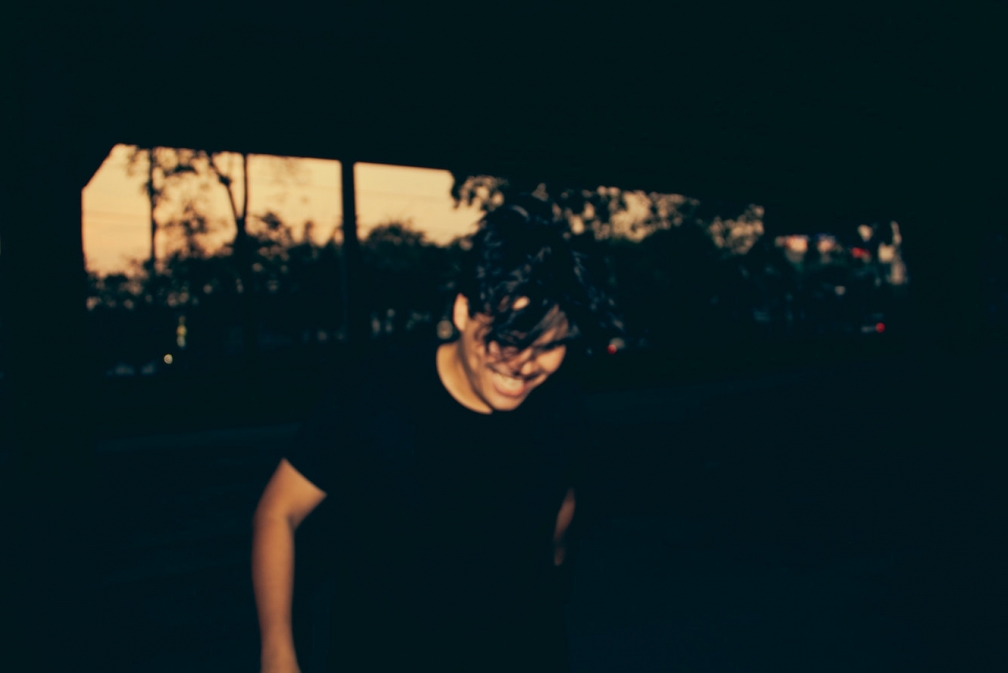 DJing is not a typical career path in Thai culture nor is it something that’s easily accessible in Thailand. How long have you been at it and who or what influenced your interest in this music culture?

I entered the electronic music scene in 2004. Wow, it's 12 years ago already. A lot of things brought me here and inspired me. The first are the electronic music artists that I love. When I would listen to them it would make me feel like I should produce electronic music forever. These were artists like 4hero, Jazzanova, Bonobo, Kid Loco, Maxwell Implosion, Fred Everything, Chuck Love, Pete Heller, Goldie, Klute, etc. There were also a few Thai artists who inspired me, they are DJ Dragon, Funkygangster, and Oscillator 2.

Second was the nightlife. In the year 2000, there weren’t so many club and bars like today. But some of my friends invited me hang out around Cafe Democ, Bangkok Bar and a lot of cool bar in Silom & Khaosan Road. I started to fall in love with nightlife and I met with nice people, nice music, good DJs and producers. After that I it kind of became my life.

What is the difference between Kingkong and Marmosets?

Kingkong is the DJ name that I started DJing with in 2005. That was 10 years ago when I was DJing at many different genres and clubs. I also used to it to produce music, also of a lot of different genres too. Many people associate the name Kingkong with bass music or even drum n bass so sometimes people would follow me to get some their drum n bass fix even if I was playing house and techno. I thought about creating another name but I wasn’t playing so much techno because my day job was really busy. Then at the end of 2014, I found some more time and started digging old tunes, collecting music from online stores, produced more and even started to do some live performances. So I created Marmosets in 2015 and began playing underground venues such as Dark Bar, Studio Lam and then Beam.

So Marmosets plays deep house, house, techno, experimental and live performances with hardware while Kingkong play bass and drum n bass music. I also produce music for some Thai artists and local brands on the side such as Funky Ganster, Yonna, Sweed&Bunnyman, Animal Machine and Kidnappers.

What release are you most proud of that you produced and what’s the story behind it?

That would be ‘Believer (Raw Remix)’ and it will actually only be released soon. Two months ago I released my ‘Believer EP’ and I had already planned on doing a remix from one track off the EP. I ended up choosing ‘Believer’ and tried to make it sound raw. When it was done, I thought to myself that that I really liked the track so much and that it’s rather different from every other track that I’ve ever made.

Also ‘December Feelin’ because it’s a track that mixes between liquid drum n bass and a little bit tech step. I was inspired to make it by the winter season in Thailand during December, we always go out every night because the weather is good and there are parties everywhere.

What three songs can you play in your DJ sets forever?

That’s a hard question; I have more like 100 tunes that like this haha. It depends on my feeling and how I want to surprise the crowd. So I will only choose in the moment.

One of your current roles is music director at BEAM, a club that has become famous in Asia not only for its aesthetic, sound and lighting but also for its ability to draw a sophisticated crowd to an underground music venue. What’s the recipe to making that work?

At Beam we don’t just focus on music genres, the crowd or the party. It's all about the new and different experiences you can get when you go to Beam. People should get the new sounds from DJs and artists that we present. At the same time they get to experience the lighting and visuals synchronizing with the beat while also feeling the sub and bass shaking the floor. We focus on the details that we want to communicate to people like artwork, the color of the lighting, carefully selected clips for the visuals, the range of music for the main room and the Dalmatian Room, the capacity for each floor and things like that. I’m not sure that it’s a good recipe for other clubs in the industry or not but it works for me.

What is the balance between locals and expatriates in Thailand’s electronic underground music community? Do you think it could improve in either direction?

I see it being about 50/50 right now but next year you should see it head in different direction.

I don’t really. Mostly, when I want to entertain myself I listen to other genres of music that I never played or produced like folk, avant-garde and sometimes even cinematic scores. Sometimes I take photographs but not so much.

What’s the biggest career mistake you ever made?

Jamie Jones came to my DJ booth at Wonderfruit Festival to gave me a label sticker but that moment a lot of farang and expats were asking to DJ with me and so I thought Jamie was one of then. I didn't talk with him much.

If you could have any 3 DJs play at your party, who would they be?